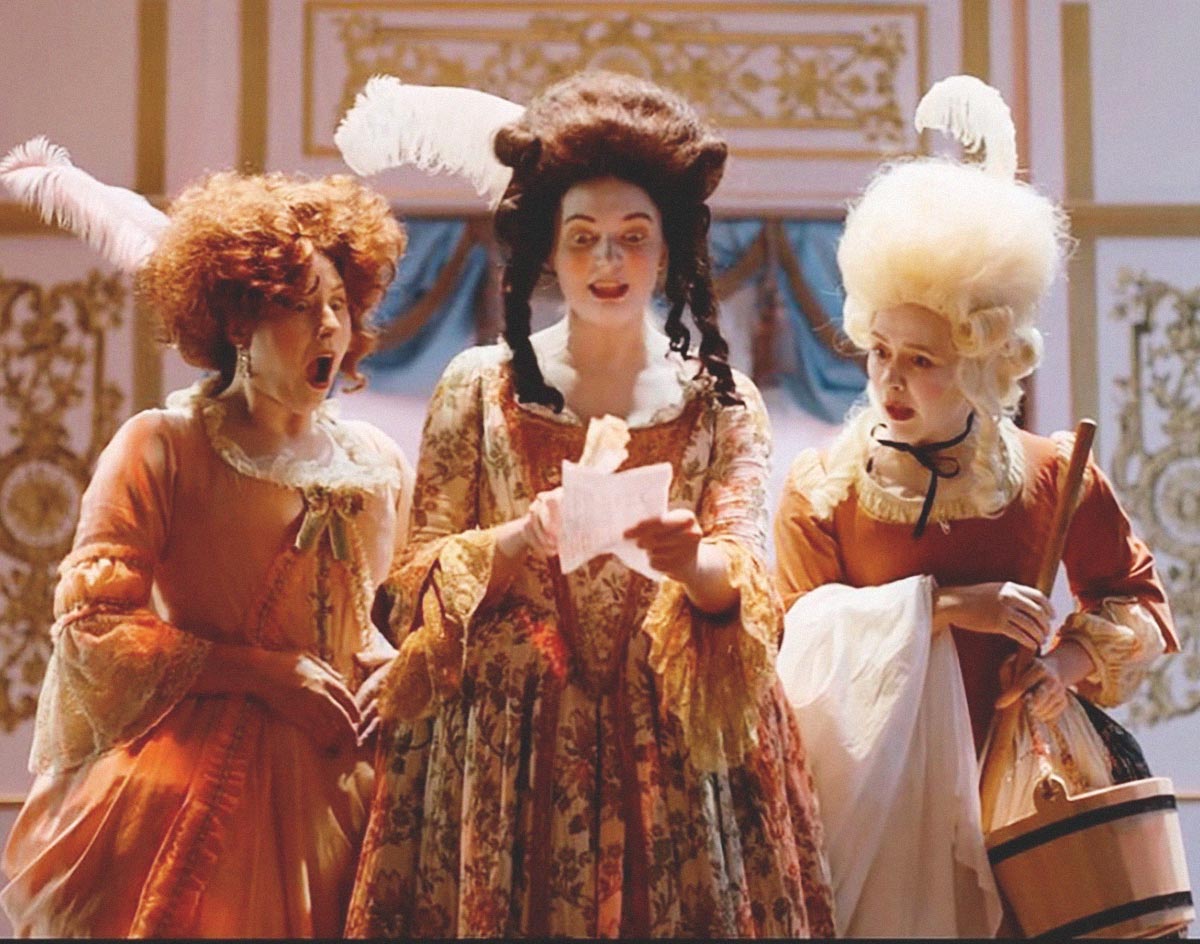 Theater-Loving Dallas Sisters Bring A Fresh Perspective On The Eccentricities Of Marie Antoinette To The Internationally Acclaimed Fringe Festival.

The Edinburgh Festival Fringe is the largest performing arts event in the world. Displaying talents from all over the globe during the course of three summer weeks, the festival gives an international platform to comedians, dancers, poets, thespians and so many others.

In fact, the festival is one of the top-selling ticketed events in the world, only to be surpassed by the Olympics and the World Cup.

And, this year, the Dallas theater scene is being represented on that iconic, international stage. The Dallas-born and -bred sister duo of Courtney Miles and Cara Johnston are the producers for their self-funded show, The Little Glass Slipper as Performed By The Queen of France and Her Friends, which follows Marie Antoniette and her friends as they perform a play-within-a-play during the storming of the Bastille. The play is stacked with Dallas-based actors as well.  >

Because of the pandemic, this year’s festival is a little different than it has been historically. It’s a mix of in-person and virtual offerings, with the Miles sisters’ production being the latter. Instead of being performed live at the festival, The Little Glass Slipper… was filmed at the Majestic Theatre on — get this — Bastille Day, and is now available to be watched on-demand on The Fringe’s website through the end of the festival on August 30.

“We’re a little bummed that we’re not at the festival,” production designer Miles says when reached by phone. “But we feel like this is the best version of this play.”

There’s a certain magic to live theatre, but with a show as detailed and atmospheric as The Little Glass Slipper…, it actually gains something by being filmed. With the creative liberties of cinematography and use of multimedia elements, the aura of the show was enhanced, making it into a truly unique viewing experience. Plus, a virtual offering makes the play more accessible, which is valuable during a time where thespians are fearing the demise of live theatre.

“It’s immortalized in film forever,” says Johnston, who wrote, directed and starred in the show. “Had we just gone to The Fringe, so many people wouldn’t have been able to see it. For this play, in particular, it just worked out so well. It needed to be at The Majestic, and it needed to be with these actors. So, it was serendipitous.”

The Edinburgh Festival Fringe has launched many famous careers in the arts, such as Phoebe Waller-Bridge, Stephen Fry and Rowan Atkinson, to name a few. Simply making it to the festival was a life-long dream for Johnston, who spent her childhood with Miles watching Mr. Bean and KERA — the same channel where they learned about The Fringe.

In addition to their childhoods and their Bastille Day-centered play being filmed on Actual Bastille Day, Johnston, who leads the show as Antoinette, is now the same age as the Queen was, making it all seem very meant to be.

“I thought we were going to hit a time warp,” Johnston says with a laugh.

With Sofia Coppola’s 2006 film standing a defining moment for the Antoinette aesthetic, the sisters wanted to put a new spin on the romanticized historical figure, with Johnston saying that she didn’t set out to write a royal sympathizing piece.

“There’s a big fan base for Marie Antoinette, but I think that [our show] is a very new take on it,” Miles says. “It kind of shows the nitty-gritty behind the scenes of her. It’s like when you meet a famous person, and you realize you kind of don’t like them.”

The future holds more theatrical projects for the sisters, which they are prepping for as they continue riding the wave of the success of the show. Having hit their goal of making it to the Edinburgh Festival and representing Dallas theater in the process, they’re now just reveling in the praise their work has received from critics and theater-goers.

“Icing on the cake,” Miles finishes.

Photos courtesy of Courtney Miles. The virtual Edinburgh Fringe Festival runs through August 30. Audiences can stream The Little Glass Slipper as Performed By The Queen of France and Her Friends through the end of this year’s festival right here.