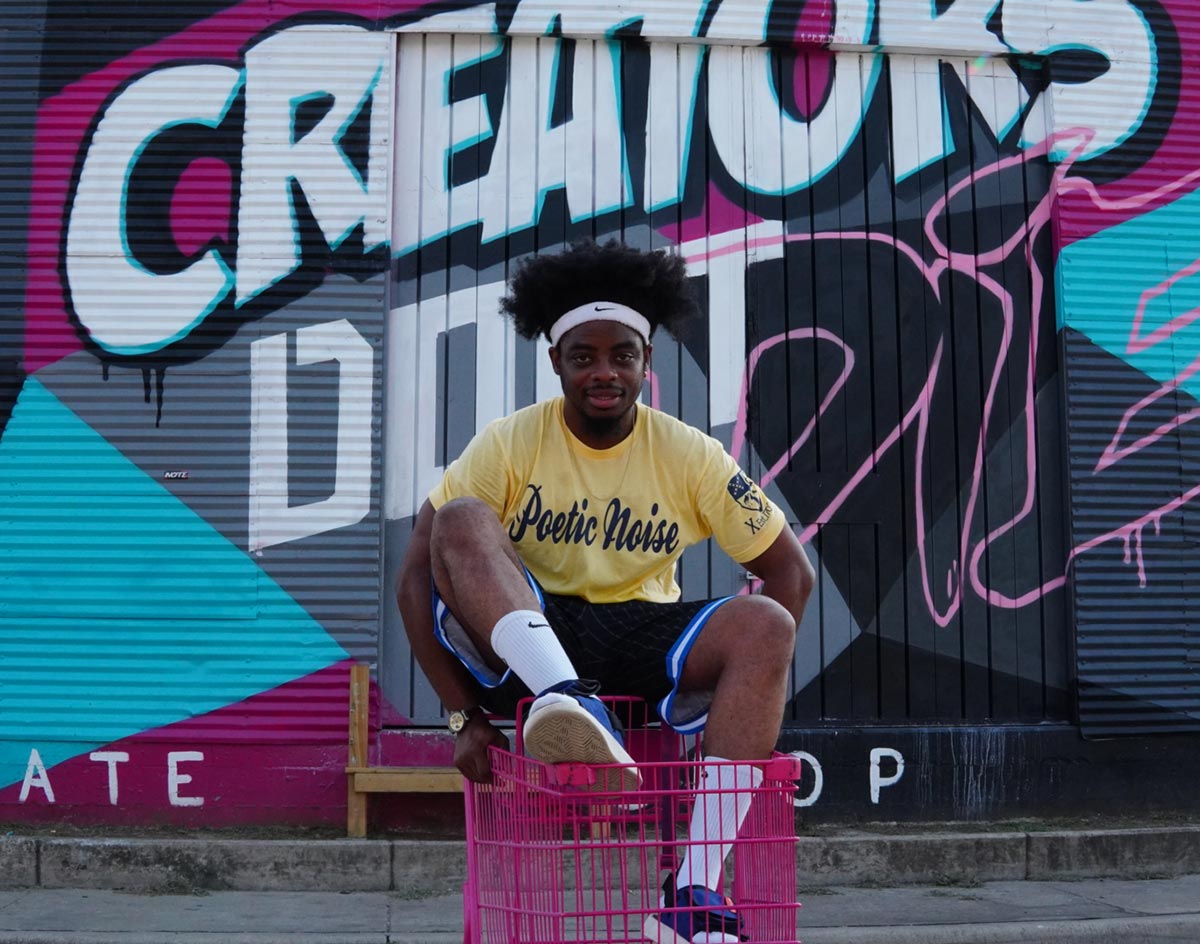 The Multi-Hyphenate Dallas Creative Talks Getting His Creators Don’t Die Event Space Near Deep Ellum Up To Code, And The Vision He Now Has In Store For It.

Meka Jackson likes to spin a lot of plates in his life.

These days, the Arlington-based jack-of-all-trades — he’s also a rapper, a comedian, a rambunctious Twitter personality, a shockingly regularly seen reality TV show extra and a party promoter, among other activities — is focused on his new Creators Don’t Die events space located inside of a former mechanic shop near Deep Ellum.

It’s a multi-use facility that’s taken a couple of years to get off the ground, and Jackson has a lot to say about what it’s doing now, and what he envisions for its future.

The space located at 2429 South Malcolm X Boulevard was recently rezoned as a commercial amusement center by the City of Dallas code officials. Jackson is quick to point out how this process took a lot of money and time to come to pass, but now he’s mostly relieved to see his dream of establishing a stage for previously unheralded Dallas culture scenes come alive.

From hip-hop shows to art showings to fashion shows, Jackson’s hope with Creators Don’t Die is to eventually build the concept out into an all-out, post-modern multimedia agency. We recently caught up with the man behind this vision to get a better sense of what that even means.

What is the primary goal of Creators Don’t Die?
With the name, [it’s all about] aspiring to inspire. On the grandest of scales, it’s empowering creatives worldwide to do just that. As simple as it is, to create and just keep pushing whatever your craft is. Whatever your walk of life, whatever your purpose is [we hope to inspire you] to just keep pushing, ’cause that’s what lasts. That’s what stands the test of time. When you’re gone, it’s what lives on — the things you create, whether it’s memories, art, music, whatever.

It starts with the name, and then everything trickles back to the different segments of it.

How did it go from an idea you had to it revolving around an events space in Dallas?
I had the idea for a year or two prior. I thought of the name, as far as it being my brand name for everything I do — because I DJ, I host, I produce, I rap, I design graphics, I do art, I do visuals. I do a bit of everything, so it was the way to bring everything under one umbrella — whether it’s the events I’m throwing, or the clothing line I’m rolling out, or the video I’m directing, or the record label I’m starting.

This building is just the beta phase. I knew a lot of locations and properties that were for sale or lease. A lot of people were getting evicted. The real estate market was going down, so I knew it was perfect timing. There were a lot of unknowns about if and when we would get out of quarantine. Even if we weren’t going to have events, I knew I could open a store. It was about finding the right location. I did a lot of my own research. And the rest is history.

From a distance, you sound incredibly ambitious — but I think it’s more a matter of you have a lot of ideas that branch off of this basic idea. In order to make you stick out, it makes sense you would have to do almost everything. Is that a fair assessment?
Correct! That’s how the cookie crumbled as far as me doing everything myself. But I’m almost forced to wear many hats or learn how to do a lot of things on my own. Which has been a blessing in disguise, but it came from not being able to afford certain things, so I had to learn it on my own.

That has been my storyline, just doing it myself instead of waiting for anybody. I never had a manager, never had a team. When I was doing music, I couldn’t find a lot of the beats I wanted — or producers were charging a lot, or I didn’t have enough money for consistent studio time — so I’d lock myself in my room, and I learned FL Studio. I learned how to download it, hacked it, cracked the engine. I learned how to make beats. I learned ProTools. I turned my room into a studio, and started recording me and my homies.

Of course, your first engineering sessions are gonna be trash! But the more I did it, the better I got. I picked up a camera at some point, started trying to blog. Learned Adobe Premiere, Photoshop. Every step of the way has been like that.

I don’t fully know what I’m doing. I have the gist of it, but I’m learning as I go. Structurally, organizationally, there’s still a lot of things I still have to do. While I’m a one-man army, I’m building the team.

I have known writers and musicians that are always looking for shortcuts to their idea of success. Almost all of them fail, or they just give up. Like, they want to write very provocative articles or make trendy music that, by the time they release it, that trend is out of style. You sound like a lifer who has never waited on somebody to do something for you.
Exactly! I don’t have the patience to wait on anything — or to wait on the opportunity, especially. I’ll go create that opportunity. I take the long way. I’ll take the stairs. I see people get on elevators or escalators, and you come back down just as fast. You take the stairs, you build your calf muscles, you meet everybody on every floor, you talk to all the janitors walking down, you know ins and outs of the whole building. It’s harder to fall off when you take the stairs.

I have my idea of my end goal, and I never want to blow up overnight. A lot of artists, they might catch that one hit single. To people who are fans of them, it might seem like that just happened. But you didn’t see the 10 years of consistent grinding to get there. You have to make yourself available so that, when those stars align, it’s that big bang. And you’re also mentally ready! You’re ready to continue at this new pedestal. I’ve been sharpening my tools, and trying to be ready. I don’t mind doing the work.

You sound thankful for where you are, even though you have goals on where you want to go next. But it’s not the mentality of being happy when you reach the end. People I have known who delay that gratification are never happy, even when it ends.
Correct! It’s never satisfying. Like Plato and Socrates, the pursuit of happiness. Whatever they’re looking for, if it’s money, if you get a million dollars, you’re gonna want a billion dollars. Like, for Jeff Bezos, one million dollars is poor for him.

Certain things just never really end. Those things don’t mean anything to me at the core. As cliched as it sounds, I really want to change the world and change a lot of things, as far as humanity goes. That’s more my agenda — bringing humanity away from this simulation, bringing us back to the core of being humans again.