Putting On For Her City: Taylor, Made In Dallas. 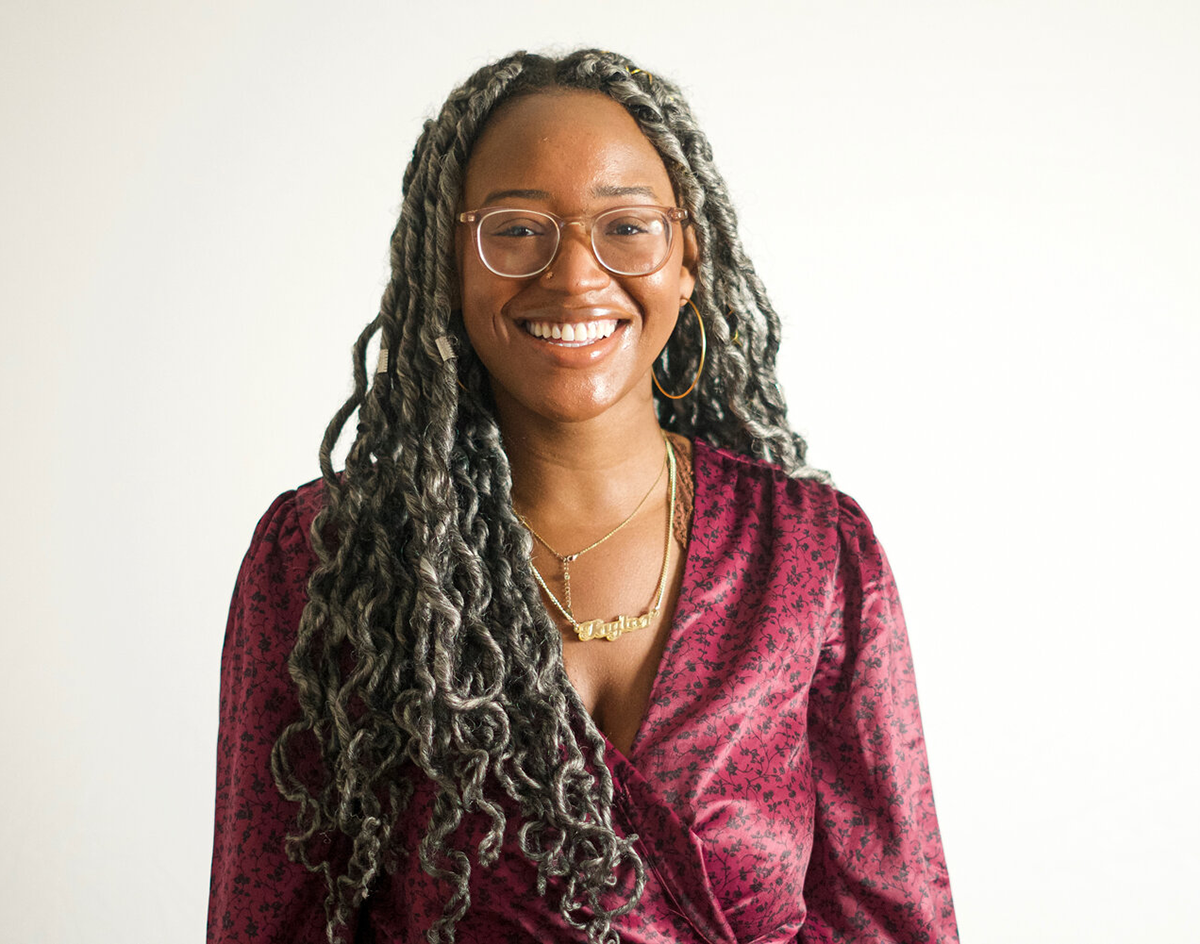 In A New Project For Shea Serrano, Writer Taylor Crumpton Is Tapping In To Her Life Experiences In Order To Finally Put Dallas Hip-Hop In The Spotlight.

Taylor Crumpton is a writer who has contributed political news stories to Teen Vogue, organized a community garden, advocated for abortion and reproductive rights in conservative West Texas, and even served as a refugee resettlement case manager.

Originally from Dallas, Crumpton recently left a full-time position as a social worker to focus her attention on freelance writing and other media endeavors. She was also named one of just five writers selected by New York Times best-selling author and Texas native Shea Serrano for the pilot project of his “pretend publishing” company.

To say that Crumpton has been conscious about issues facing marginalized people would be an understatement. She has done more than that; she has put in the work.

Crumpton’s work has been featured in several publications — NPR, Playboy, The Ringer, Texas Monthly and the Wall Street Journal Magazine to name a few. Beyond print work, Crumpton’s resume features several radio, podcast and onscreen endeavors — most recently with a feature on NPR’s All Things Considered in which she talked about the cultural impact of Cardi B and Megan Thee Stallion’s “WAP.”

After Serrano put out a call on Twitter to his almost 400,000 followers for pitches to his new publishing venture — it’s called Halfway Books, and he says the name comes from a Twitter joke spurred by a play on Mobb Deep’s famous “ain’t no such thing as halfway crooks” line — Crumpton’s submission caught his attention.

Serrano has long garnered commercial and critical acclaim for his “(And Other Things)” book series on basketball and movies, which find him working with Dallas illustrator (and former Central Track contributor) Arturo Torres. He is currently working on the third — and he claims final — installment in the series, which will return him to his earliest roots and focus on rap music.

This next edition also dovetails perfectly with his recent Twitter call out to aspiring writers. The premise was simple: Submit a pitch about a rap album, and if the writer projects a compelling, fully realized and unique idea about that album, Serrano will provide mentoring and pay them $3,000 (plus other incentives) to write it.

As you might expect, Halfway Books received a lot of proposals.

“Yeah, so we had over 1,100 applicant pitches,” Serrano says with a laugh. “Imagine selecting just five writers from that many pitches.”

“She didn’t write just about the album,” Serrano says of the pitch. “Taylor gave us context by discussing what was happening in rap at the time nationally, but also in Texas specifically.”

(It’s worth noting that all five writers selected for the Halfway Books’ pilot program are writers of color. Asked if this was deliberate or just how the cards fell, Serrano was intentional with his response: “It’s a little bit just how it happened to play out,” he says. “But also I’ve had it in my mind to make sure that this program serves writers that typically can’t afford to write for free somewhere or work an unpaid internship.”)

When Serrano announced the selection of the five writers chosen for his pilot program, Crumpton was understandably over the moon — and her Twitter reaction went viral.

All of this couldn’t have come at a better time for Crumpton, a Black queer woman still on the heels of leaving a full-time job. She says the stresses of being a freelance writer — on top of the ongoing pandemic and Civil Rights protests — was starting to pile on. An episode of chest pains in early August even led her to a cardiologist who diagnosed her with work-related stress. She was on bed-rest when her selection email from Serrano arrived.

“The way Shea worded the email, he did a delayed lede and you didn’t know if you got selected or not as he built up the anticipation before announcing that you got it,” Crumpton says.

Now already at work on her book, which is set to be published next month, the excitement in Crumpton’s voice is palpable. She’s geeked up about this opportunity for a variety of reasons — for the financial support, sure, but also the sizable opportunity it provides her to help put Dallas’ rap history on the map.

“Finally, we get to be put on — and not in comparison to Houston or San Antonio,” she says. “I mean putting on for the Triple D on a national level.”

Crumpton is itching at the chance to add to Dallas’ hip-hop lexicon and legacy, and her zeal for Dallas rap comes from a deeply personal place.

Though born in Sacramento, Crumpton’s family moved to Dallas when she was very young. After her parents divorced, she and her mother got a full tour of life in various Dallas suburbs. And while they struggled financially, battling evictions and foreclosures throughout, Crumpton’s mother stressed the value of an education and helped her daughter attend high school in the affluent suburb of Coppell even while the two were homeless for a time.

Even at a young age, the dichotomy of attending an affluent school while simultaneously being homeless was not lost on Crumpton. To cope with that stress, she soon found herself exploring the hip-hop scene in Dallas on the weekends.

“Hip-hop gave me love and comfort,” she says.

Crumpton says her journey to falling in love with Dallas hip-hop will be at the heart of her project for Serrano’s Halfway Books. Makes sense, then, why she chose to focus on Big Tuck’s Purple Hulk, an album that features his iconic “Southside Da Realist” single that remains so beloved across the city today.

Now, after spending the last few months further delving into research material about Dallas’ rap scene from the early 2000s, Crumpton says she has become only increasingly dedicated to making sure that Dallas rap finally gets the shine it has for so long deserved.

“The University of Houston has a whole entire hip-hop museum, and everybody knows about DJ Screw,” Crumpton says. “The same thing needs to said about Big T’s Bazaar and Dirty South Rydaz — and we have all the same components to make this happen, maybe at Paul Quinn College.”