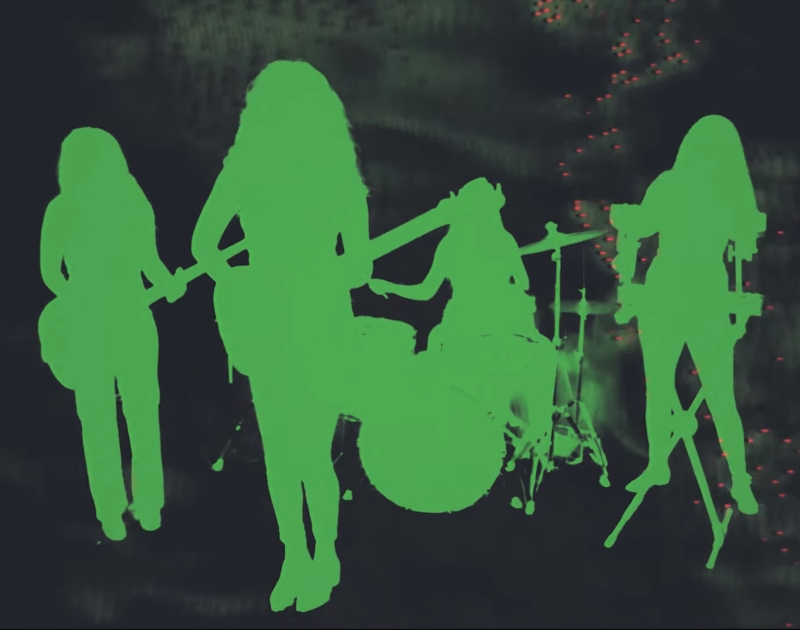 Before Opening For The Black Angels Later This Month, The Denton Psych Outfit Summons The Demon World.

Pearl Earl – “Captain Howdy.”
RIYL: Crossing over.
What else you should know: As many of you are no doubt aware, this super fun psych tune from the Pearl Earlians, named in honor of the official Ouija Board font, was initially released as part of last year’s self-titled debut LP.

It’s of renewed interest because the band’s paired it with some fresh visuals courtesy of Alex Aulson, who has previously done videos for GUM, among others, and designs concert lighting for Tame Impala and Father John Misty. Also part of the crew was cinematographer César Velasco, who also helped Aulson on Pearl Earl’s ”Meet Your Maker” video last year.

We’re stoked to premiere the clip below.

The trippy visuals help convey the dual messages of the titular character as both a disco-loving astronaut, and a form of the devil, who we hear sometimes answers to the Captain Howdy name. Further keeping things off kilter are the aural elements, which include both key and time changes.

In describing the sonics of the tune to She Shreds magazine last year, guitarist/vocalist Ariel Hartley admits a lot of it comes from the vaunted Austin psych scene, and its bands that frequently hit North Texas at the beginning and end of tours.

“Before we were ever in a band, before I ever even played music, I would hear about Austin Psych Fest all the time,” she says. “A lot of psych bands traveling to and from Austin usually stop in Dallas or Denton and I’d always go out to catch those shows. Now having our band, we are even more influenced and intertwined with the Austin psych scene and there is a steady flow of shows we do down there or with bands up here.”

To that end, the band will close out 2018 doing just that. On Saturday, December 29, Pearl Earl will open for Austin psych stalwarts The Black Angels at Trees. Tickets are currently on sale here.