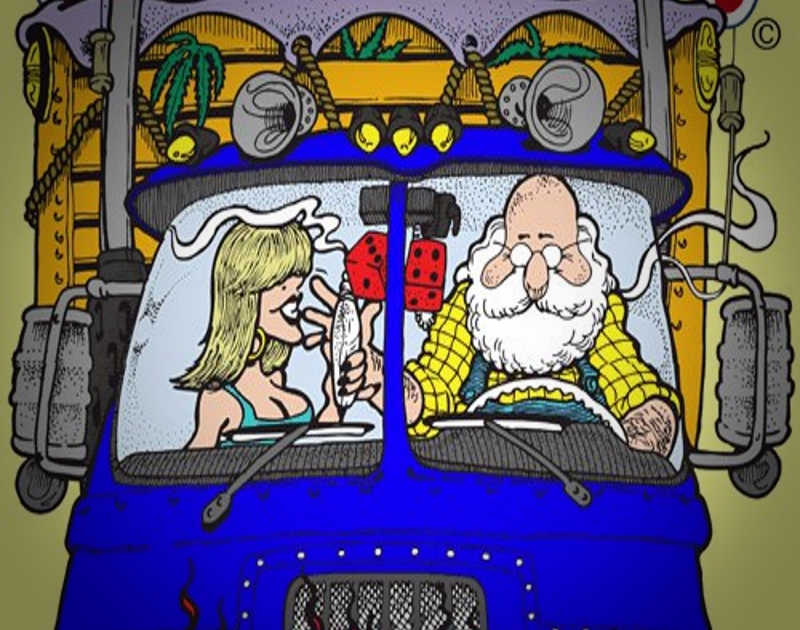 Everything You Need To Know About This Week’s DEA Raids on The Gas Pipe.

Earlier this week, the DEA raided several locations of North Texas head shop chain The Gas Pipe, seizing thousands of pounds of synthetic marijuana that they say was being sold illegally in the process.

According to federal documents, other assets seized in the bust include $2.8 million from bank accounts under the names of Lawrence Shahwan, who is allegedly the kingpin of an illegal drug ring, and Gas Pipe owner Jerry Shults. Also seized from Shults by the feds: the historic Fort Worth venue Ridglea Theater; six vehicles; jewelry; real estate in cities across Texas and Oregon; 11 Gas Pipe locations; and the $1.3 million Highland Park home owned by Shults and his daughter Amy Lynn Herrig, who authorities say was also involved in the business.

It’s a complicated case, to be sure. For that reason, we spoke with an unnamed source who, until this week, worked at the Gas Pipe and who kindly opted to help us break down the case into simple, easily digestible nuggets.

• What’s the story in a nutshell?
According to the federal lawsuit, Lawrence Shahwan headed up a drug ring that manufactured and sold large quantities of synthetic marijuana from 2010 until his arrest on May 9. Shahwan’s company, the Dallas-based Sacred Sun Botanicals, previously sold drugs to North Texas head shops Smokes and Fusions until September, when it started exclusively supplying Gas Pipe. Since December, court records say, the Gas Pipe began manufacturing its own synthetic marijuana from its Dallas location at 5800 Maple Avenue. Herrig and two other Gas Pipe employees allegedly paid Shahwan’s organization $50,000 for lessons in producing the drugs. Since the ’70s, the Gas Pipe has sold items like novelty shirts, pipes, darts, disc golf supplies, tobacco, pornography and tattoo equipment.

“What I and everyone else that works [at The Gas Pipe] was told is that the stuff we were selling is totally in the bounds of the law,” our source says. “They thought that they were ahead of the legislation and everything. But apparently not.”

• What’s the legal gray area?
According to the Federal Analog Act, chemicals that are “substantially similar” to Schedule I banned substances are to be treated exactly like the substances they’re trying to emulate — so long as they’re intended for human consumption. To try and get around these laws, manufacturers of synthetic marijuana label their products as “K2,” “spice,” “herbal incense” or “potpourri,” along with warnings the products in question are “not for human consumption.”

“Anything that’s chemically similar to that drug is punishable by the same drug as the one that’s illegal itself,” our source says. “It’s one of those legal gray areas, which [the Gas Pipe’s] whole business is based around. But this time it didn’t work out for them, I guess.”

• Is it really all that bad?
Within a five-day span in early May, Dallas and Austin hospitals reported more than 140 overdoses linked to K2. Investigators say they linked these cases to a single strain of K2 called “The Walking Dead,” which they claim was manufactured in Dallas. In each of these cases, patients exhibited symptoms of psychosis, aggression, blackouts and elevated core temperatures.

“I never had a single customer ever come in and complain about anything, but that shit is dirty to begin with,” says our source, who believes The Gas Pipe never carried a brand called “The Walking Dead.”

• How much of the stuff are we talking about here?
Court records show that, in September 2013, the Gas Pipe purchased 500,000 three-gram packages of synthetic marijuana for $4 million, which the chain sold in its stores for between $24 and $32.

• How’d they get busted?
In December, a man driving a truck registered to Shahwan was pulled over in Denton County on a routine traffic stop. Records show that the arresting officer found several items in the car known to be used to grow marijuana. A further investigation led officers to a Whitesboro property owned by Shahwan, where they found 596 marijuana plants and roughly 13 pounds of loose and packaged marijuana.

• So what now?.
As of today, Gas Pipe locations remain open for business, as the feds were only legally allowed to seize items authorized by the court. While WFAA reports that cases have been filed by federal authorities, the process to physically seize and foreclose the business and properties takes several months. In the meantime, our source admits to being one of several of the chain’s employees that doesn’t plan on returning to work for the company. Adds our source: “I don’t even know if I’m going to get paid for the time I’ve worked since my last paycheck.”

• So what about Jerry Shults?
While neither Shults nor his daughter Herrig are currently being charged with crimes, the case against them remains open and is currently being investigated.