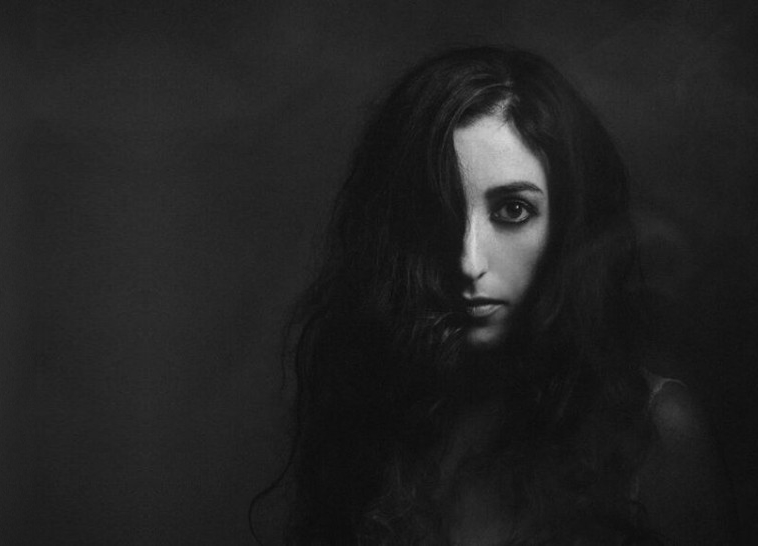 Ahead Of Her Dada Show, Marissa Nadler Talks Self-Doubt And Student Loans.

Read many of Marissa Nadler’s press clippings, and terms like “folk-goth enchantress” are frequently recurring, however unwanted and/or unwarranted that pigeonhole. More undeniable is how prolific she is is undeniable; ten plus years into her career, she has just released Strangers, her seventh studio album. That’s on top of numerous self-releases, collaborations and contributions to compilation albums such as the recent Remembering Mountains, the tribute to Karen Dalton.

But classifying her so narrowly is a mistake. Maybe to a casual listener little has changed from the haunting style of her early vocal-driven songs. But her two most recent albums– both produced by Randall Dunn, who is typically associated with Seattle’s drone metal scene — are far more richly textured than her prior work. And far beyond that old folky label.

Newly married and currently not drinking, her new songs look beyond her own often-messy life. Catching up with her on the road, ahead of this weekend’s Dada show, she also reveals herself to be an engaging conversationalist, and very happy with where her life and career are right now.

I noticed you are a Rhode Island School of Design (RISD) grad with an MFA?
Actually, it’s an Master of Arts in teaching. It’s a little different, and I did it so I could take a teaching masters.

I have a little firsthand experience with the cost of attending RISD. You are certainly a prolific artist. Is it student loan debt that drives you?
That’s really funny! The question implies that there is money to be made in record sales! It’s complicated, but student debt is not paid off by records sales, let’s put it that way. I do still have student debt from my master’s, actually. But the reason I’m prolific is because I’m one of those people that feels guilty if I’m not making something or working hard. I’m not content to rest on my laurels. I want to keep pushing myself to get better as a musician and an artist.

With the commitment you have to give to your music, do you still have the time and urge to create visual art?
Well, yeah! I’m not sure if you’ve seen the two videos I made for the new record. They are both stop motion animation and claymation and live action.. I’m kind of a beginner at animation, but it’s a way for me to reintegrate visual art into my work process.

I’ve been listening to your music for nearly 10 years now. My impression as a long-time observer of you as an artist is that your success has been constantly ascending, slowly but continuously.
Well, it’s good you see it like that! (laughing) It has slowly built and constantly improved, but at times it has felt difficult for sure. But you’re right, like on this tour I’m going places I’ve never been before and people are showing up.

That said, it was interesting to me when you were dropped by your label a while back. In response, you formed your own label and did a Kickstarter-funded release of your self-titled album. In fact, the campaign was substantially over-funded. What did you take away from that experience, not just from the fan reinforcement, but from the whole process of creating the release?
Yeah, that was 2011, and the label drop was bit of a, well, a lot has been written about that and I try not to dwell on it, and I’ve kind of gotten over it, emotionally. Kind of. But yeah, the Kickstarter was totally cool. The thing I did wrong was not anticipating the cost of postage to Europe, and over half of my subscribers were overseas. So I didn’t do the math right, but then, I’ve never been a numbers girl.

Having been through a crowd-sourcing campaign myself, I know it must have felt like just a tremendous validation to you given the label drop.
Yeah! My boyfriend at the time help me put [the Kickstarter] together and we launched it, and I was so nervous that nobody was going to click on it! So it felt great the way it turned out.

So you got the album out. And then you were picked up by the Sacred Bones label. Were you shopping for a label, or did they come knocking on your door, or what?
Well, actually I was teaching art and music at a therapeutic high school for special needs students. I’d put out two self-releases at that point. And it was actually Fleetwood Mac that reinvigorated things for me. I was feeling low on myself, and recorded a cover of “Save Me A Place” from the album Tusk and put it on my Soundcloud. And Pitchfork posted it, and it kind of took off, and I was shocked that people gave a shit about me at all. I had become down and unsure of what the next steps were for me. And then, both Sacred Bones and Bella Union came knocking around the same time. And I was like, “Pinch me, is this real?” And I feel like my last two records have been the best of my career. So it just goes to show you not to give up.

As someone who, like I said, has been listening to you for 10 years, and talking with people who definitely know who you are, to hear you say you were shocked that people gave a shit about you sounds like you got so down on yourself!
I think that a lot of artists are like that. My self-perception is warped. It’s like body dysmorphia but for the brain.

Well, it’s good you get out on the road every once in a while and recharge your self-esteem with some live shows, then.
It has been good to do that. I’ve been having a really good time on this tour, which is shocking for me. Touring is tough when you’re by yourself, but this time I’ve got a good gang with me.

I agree the last two albums — Strangers and July before it — definitely have had a depth and resonance to them, which I ascribe to the production values and your continued mastery of your craft. Tell me about how Randall Dunn (producer of bands such as Sunn O))), Boris, and others) collaboration happened?
Well, I met Randall like 10 years ago, because my booking agent was also booking a lot bands that he had produced. And I got a Facebook message from him saying he wanted to record my record. And when I got re-signed, I thought it was time to work with a producer and try to rise to the occasion of this good fortune of the record deal. And I also disliked the idea of being pigeonholed in the “folk” music category. So I felt like by working with somebody who is known for a different type of music — a calculated move on my part — I could un-pigeonhole myself and people would listen to my music without preconceiving the genre. And he is wonderful, with this incredible network of musicians around Seattle that he works with.

So, will you do a third album with him and see how this evolves, or are you thinking that as part of your growth process, that you feel like you should do something else?
I’m not ready to switch. I love working with Randall. I’ve had other producers writing me wanting to do something, but I’m digging this situation right now. And if Randall wasn’t going to produce my record, I would do it myself. I’d want to explore taking home recording further. But he has access to archival quality equipment like McMillan microphones and real plate reverb, and so you end up with something that is not just a thin, digital sounding recording.

I read an interview with you recently in The Quietus, which I really enjoyed. I particularly liked and found insightful your comments about sitting down to write the songs for Strangers, which included the comment “What the fuck do I write about now?” It’s every artist’s dilemma at some point, whether visual, musical, or author, no matter where in the arc of your creative career.
Oh hell yeah! I had such bad writer’s block for this record after July. I had no idea what to do. I was just so filled with venom and pain when I wrote that record, and my life was just such a mess. And it is so much harder to write a record when it’s not a mess. You have to look harder for inspiration, but maybe through that seeking process you can find more interesting and original muses.

I understood you wrote something like 60 song for the album by the time the dust settled, so you dealt with your writer’s block very effectively.
I’m friends with Angel Olsen, and I was telling her about how I didn’t know which way to go in my writing. And she advised me to treat songwriting like a day job. And that’s what I did. I’d wake up in the morning and not even get dressed, walk the three feet over to my “office” and write all day, just trying to see what was in there.

You know, when you are just starting out, you don’t think anyone is going to listen to you albums. But the more successful you get, the more that voice in your head of self-doubt gets “well what are people gonna think of this, am I going to lose my fan base?” You can’t really worry about fan base, though, right?
I try not worry about fan base, because if nothing else, the bigger the audience there is, there is no way you are going to make everybody happy. So I just try and have integrity as an artist. I put my all into it, and I know it’s the best I can do. And I can’t worry about whether some guy behind a computer who reviews it has spent an hour — or six minutes — listening to my music before he puts a numerical score on it.

I bought the Karen Dalton tribute that you contributed to when it was released back in May. It has so many great songs and musicians. What was it like for you to take her words and put them to music?
The label gave me a bunch of Karen Dalton’s lyrics that weren’t put to music. I looked at the lyrics, and I tend to gravitate toward simplicity. And the lyrics in “So Long Ago and Far Away” immediately resonated with me because of their simplicity and longing and sense of wanderlust. For me, putting lyrics to music is easy compared to writing lyrics, so it was really fun. I’d love to do more projects like that. It’s very freeing to just do music.

Can you tell me a little about what the touring band looks like, and how is that working for you as a performer?
We are touring with Wrekmeister Harmonies, who did some backing for me on a tour in Europe, and we are friends, and I think they are great. But on this tour I was looking for something very specific, so I have my own band.

Touring is so difficult in so many ways that you have to do everything you can to make it satisfying for yourself, right?
Exactly. So on this tour I brought along two people — Don McGreevy who plays bass in the band Earth, which is one of my absolute favorite bands. And he is a great multi-instrumentalist. And on guitar I have Milky Burgess, who also sings harmony vocals. He played on Strangers. What they do is very important to me to fully realize my songs. And the drummer and female vocalist from the opener, Muscle and Marrow, fills out the sound. If you like my music, Muscle and Marrow you’ll really love — a female vocalist, and very powerful, emotional music.