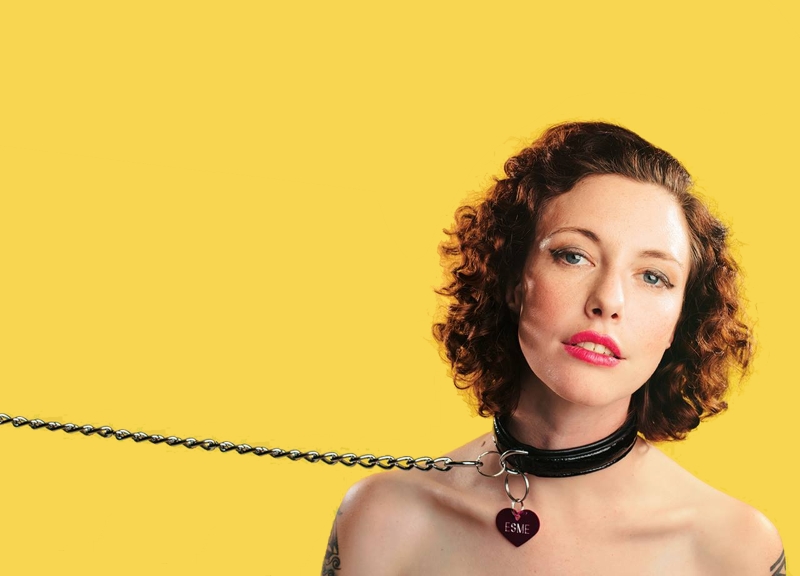 Esmé Patterson made a name for herself as one of the founders and singers of the Denver-based folkie band Paper Bird. The band developed a considerable following, touring frequently and making many memorable appearances in Dallas. Along the way, Patterson began branching out into side projects including solo work and a successful collaboration with Shaky Graves.

Ultimately, the hassles of trying to juggle Paper Bird and the solo work became too much for both Patterson and the rest of the band. Confronted by band members to either dedicate herself to Paper Bird or quit, she opted for the latter.

Just last month, Patterson released her third solo album, We Were Wild. While maintaining her very agile and lovely vocal style of her previous work, this batch of tunes manages to rock a little harder. Says Patterson, the harder edge is a reflection of her move to Portland following her breakup with Paper Bird.

And it’s something we asked Patterson about personally when we caught up with her from the road ahead of her upcoming stop at Three Links this Wednesday night.

I read a story about you fainting on stage the night you had made the decision to leave Paper Bird, and that when you came to you were in some sense re-born?
It’s true, that’s what happened! [Laughing] I know it’s a hell of a story! But you know, they are doing their things, and I’m happy now, so it’s all good. But it’s definitely a big change.

It’s been two years since you left Colorado for Portland, how are you finding it as a place to live?
I love Portland. Doing the job that I do, where you are physically uncomfortable much the time, it’s great to be able to come home to a place that is peaceful. And I really love the music scene here. It’s such a special community, such an amazing pool of talent in that city!

Your new album sounds extremely polished. Was it recorded in Portland?
Yes! All the musicians except the lead guitar player are Portland-based. The producer is Adam Thompson from the band Thao & the Get Down Stay Down. He played bass on the album, too, and I think he just nailed it.

I also see you’re playing electric guitar while performing now. Has playing guitar while you’re singing become second nature at this point?
Well, I’ve been playing guitar since I was 16. I never played it in Paper Bird, because the band didn’t need it. But I love playing, and that is one of my favorite things about being solo now.

Given your very agile style of singing, does playing guitar ever distract you from your vocal performance, or vice-versa?
Not really. Since I write most of my songs on guitar, the melodies and vocals are all developed together as one thing. I don’t have to learn one and then the other

What are you listening to on the road?
We have some very long drives, so are listening to about everything you can think of. The other day me and my drummer were playing a game where you have a three song set and each song has to have the same word in the title. Like, I did the word “Jane,” so you had to have three songs with the word Jane in it. You know, we are just trying to stay awake and keep entertained.

I have a lot of friends that loved you and Paper Bird, and they are thrilled to see you are returning to Dallas. Do you have any particularly fond memories of the times you’ve spent here?
Of course. Dallas is home to my favorite taco shop in all of America. There is a gas station on the edge of town with a taco window in it, Fuel City. I always look forward to it. It’s been a while since I’ve been to Dallas, and it’s going to be great to be back.