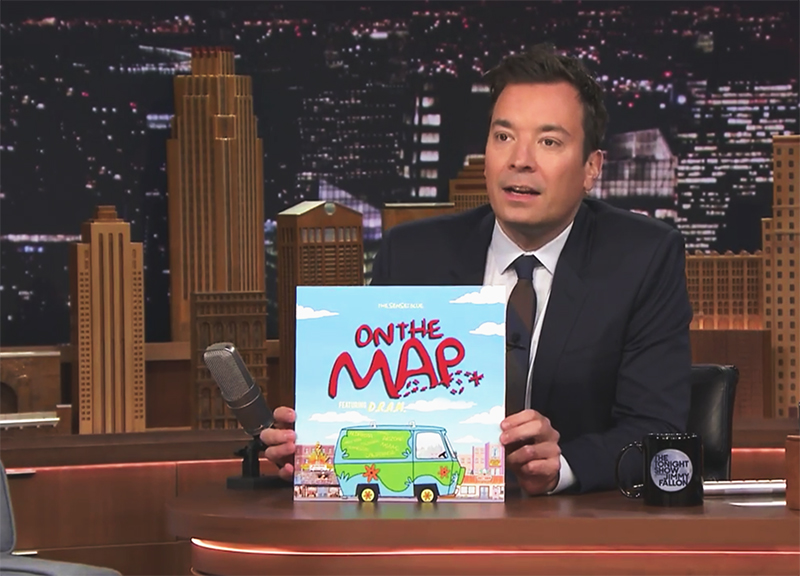 Jimmy Fallon Is Not A Fan Of Dallas Rapper The Sensei Blue, Encourages Viewers To Not Play His Song.

North Texas has seen its fair share of performers earn some shine from clear music fan Jimmy Fallon over the years. Just off the top of our heads, we can remember locally tied acts Parquet Courts, Neon Indian, Lecrae, Leon Bridges, St. Vincent, Erykah Badu, Kacey Musgraves, Selena Gomez and Nick Jonas each getting the chance to share their tunes on Fallon’s The Tonight Show — and, to be fair, we’re probably forgetting a few others who’ve also gotten some attention, too.

But not many have earned the kind of attention that Dallas rapper The Sensei Blue earned from Fallon earlier this week.

On Monday night, Fallon called out the rapper as part of a segment called “Do Not Play,” in which the host and his cast of sidemen lampoon various songs that have crossed their paths and then play them for their audience as proof that these tracks aren’t worth being heard ever again. And The Sensei Blue’s song “On The Map” was one of four tracks to make the cut in this most recent version of the segment.

After mocking the song’s accompanying art, which features a hybrid of The Simpsons– and Scooby-Doo-inspired visuals, Fallon then knocks the track’s location-centric lyrical content. Says the host: “It’s an R&B groove with a little geography lesson, too.”

See it for yourself at the 3:29 mark in the below video.

Honestly, this isn’t that harsh of a pan. But, even so, its not exactly a great look for the rapper, either.

In The Sensei Blue’s defense, though, he’s taking it all in stride, using his Twitter feed to thank Fallon for playing his song on the air.

Hey, any publicity is good publicity, right? To that end, if you’re curious to hear the whole song for yourself, feel free to do so by streaming it below.