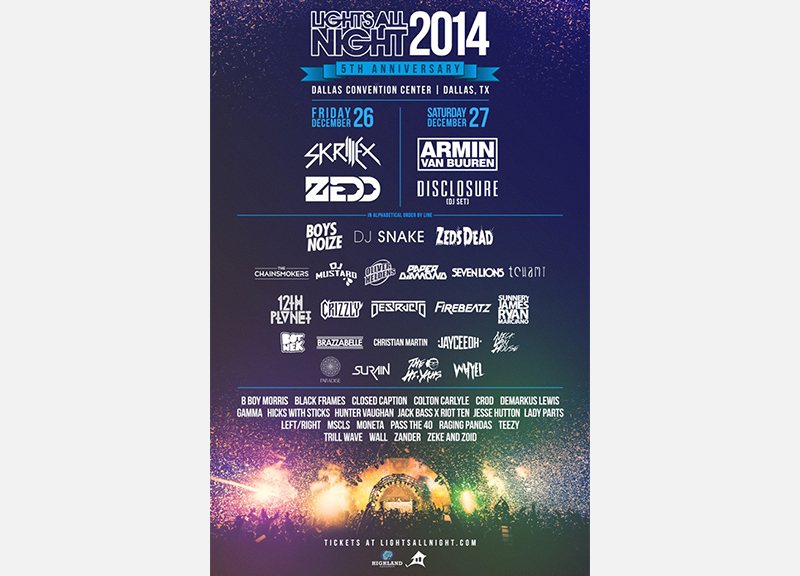 Just more than a month after announcing that it had booked Skrillex, Armin van Buuren and Disclosure as three-fourths of its headlining acts for this year's upcoming two-night affair, the folks behind Lights All Night have returned this morning with news of their fourth headliner — plus, y'know, some 40 acts meant to round out the bill.

The big news first: House producer Zedd will join Skrillex as the co-headliner of the Friday, December 26, offerings at the Dallas Convention Center. (Armin Van Buuren and a DJ set from Disclosure will top the offerings on Saturday, December 27.)

DJ Mustard is perhaps the most eyebrow-raising inclusion: After having spent the last couple of years in producing massive hip-hop hits (Tyga's “Rack City,” 2 Chainz' “I'm Different”, YG's “My Hitta” and so on), his is an exciting booking.

Early-bird two-day passes to the fest are already on sale, starting at $135 per, right thisaway. Excessive amounts of clothing obviously not included.