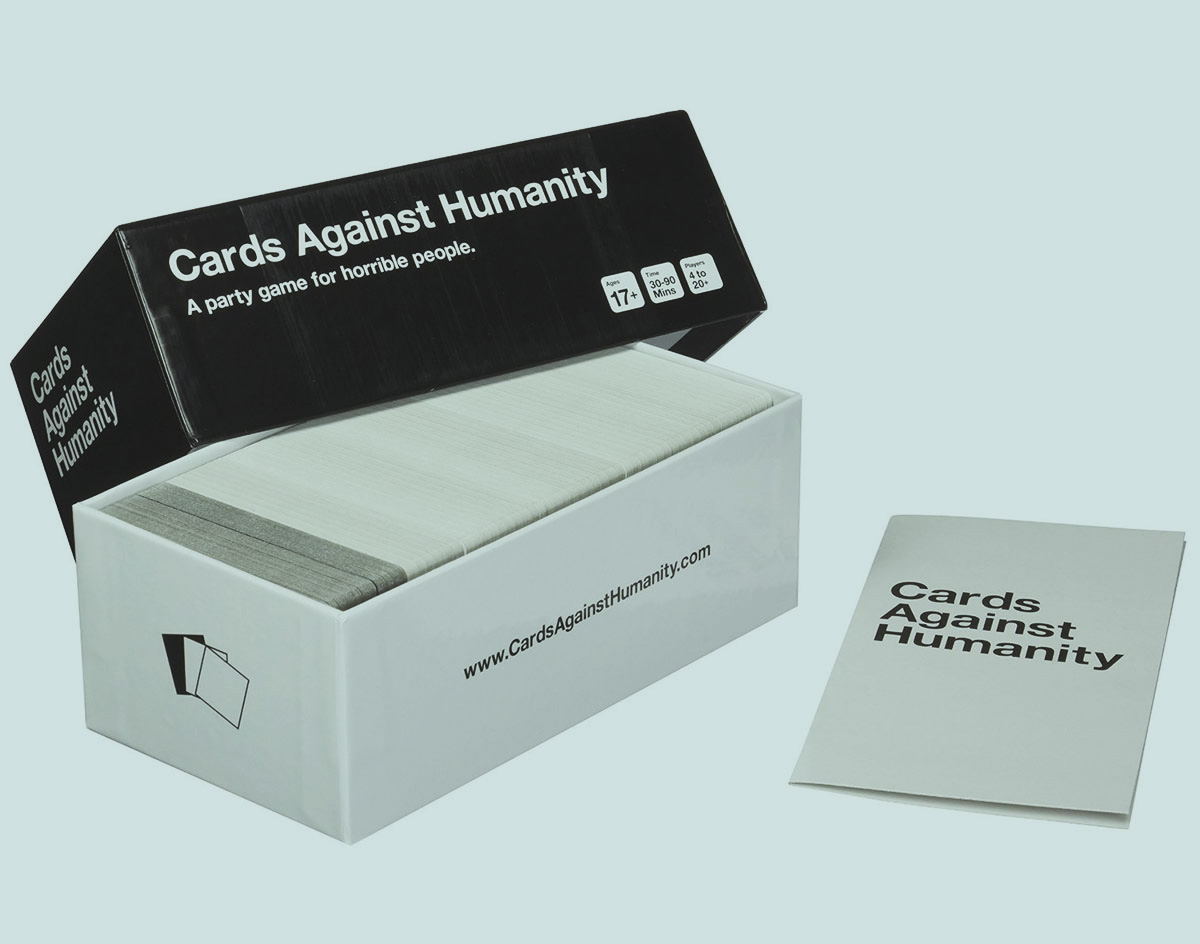 Let These Denton Board Game Designers Peel Back The Curtain And Show You Why Cards Against Humanity Is A Garbage Game.

Don’t let anyone tell you otherwise: Cards Against Humanity is a bad game.

And not bad in a good way, just bad in a bad way. It is never as funny as the person who demands that you and your friends play it at a party insinuates that it is. It is just totally, horribly dumb and boring. And, for all of its supposedly hilarious rallying cries to the contrary, it is only really offensive in the sense that people think it’s good.

Even its creators seem to understand this, even going so far as to goad their dumb fans into spending cash on stupid tricks like digging a giant, pointless hole. Get it? It’s funny because everyone is too stupid to get that the joke is on them.

One entity that isn’t too blinded by the hive mind to see through it all is the Denton-based tabletop game design collective, Craft Fair Games, which put together the below, spot-on parody of Cards Against Humanity’s “Bigger Blacker” expansion. Why? Because, in a beautiful twist of satire, why not?