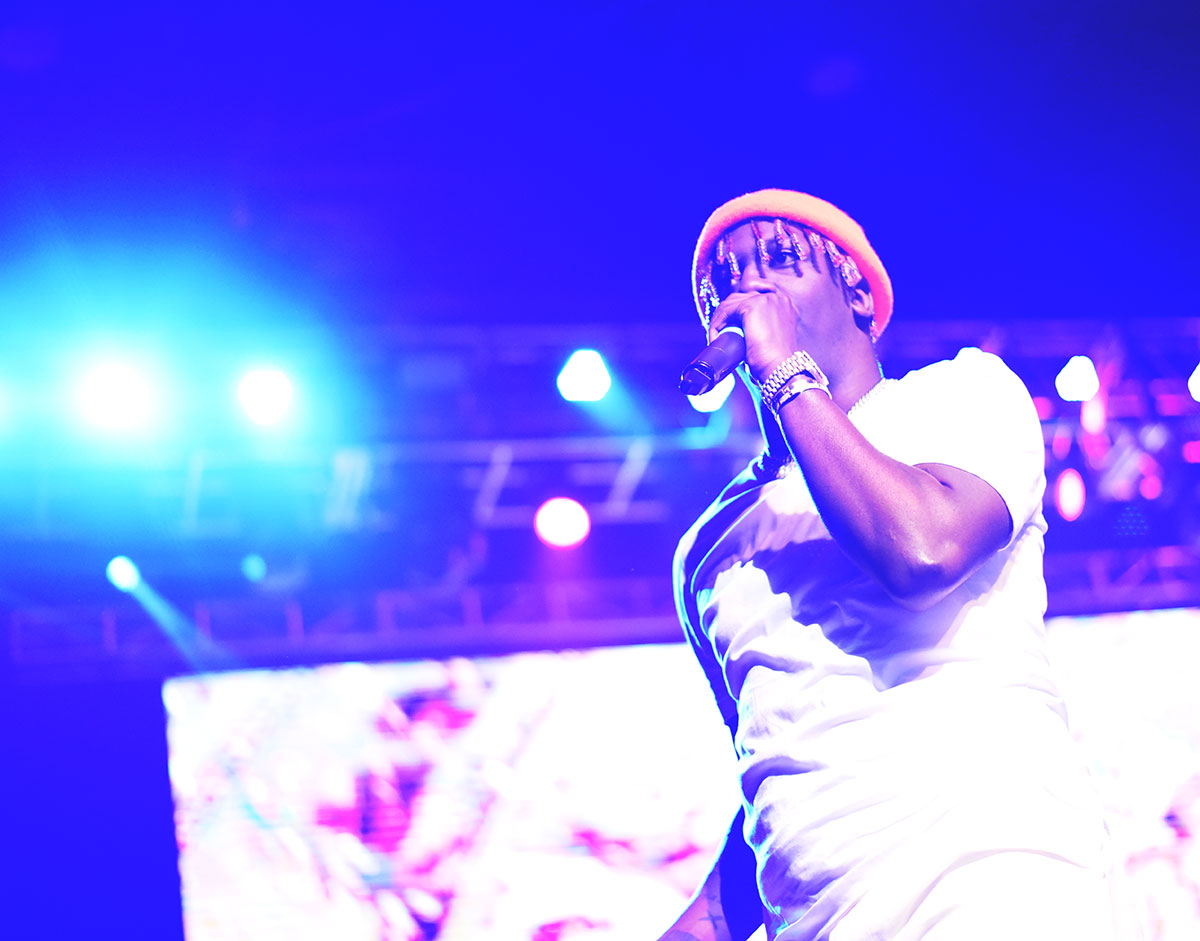 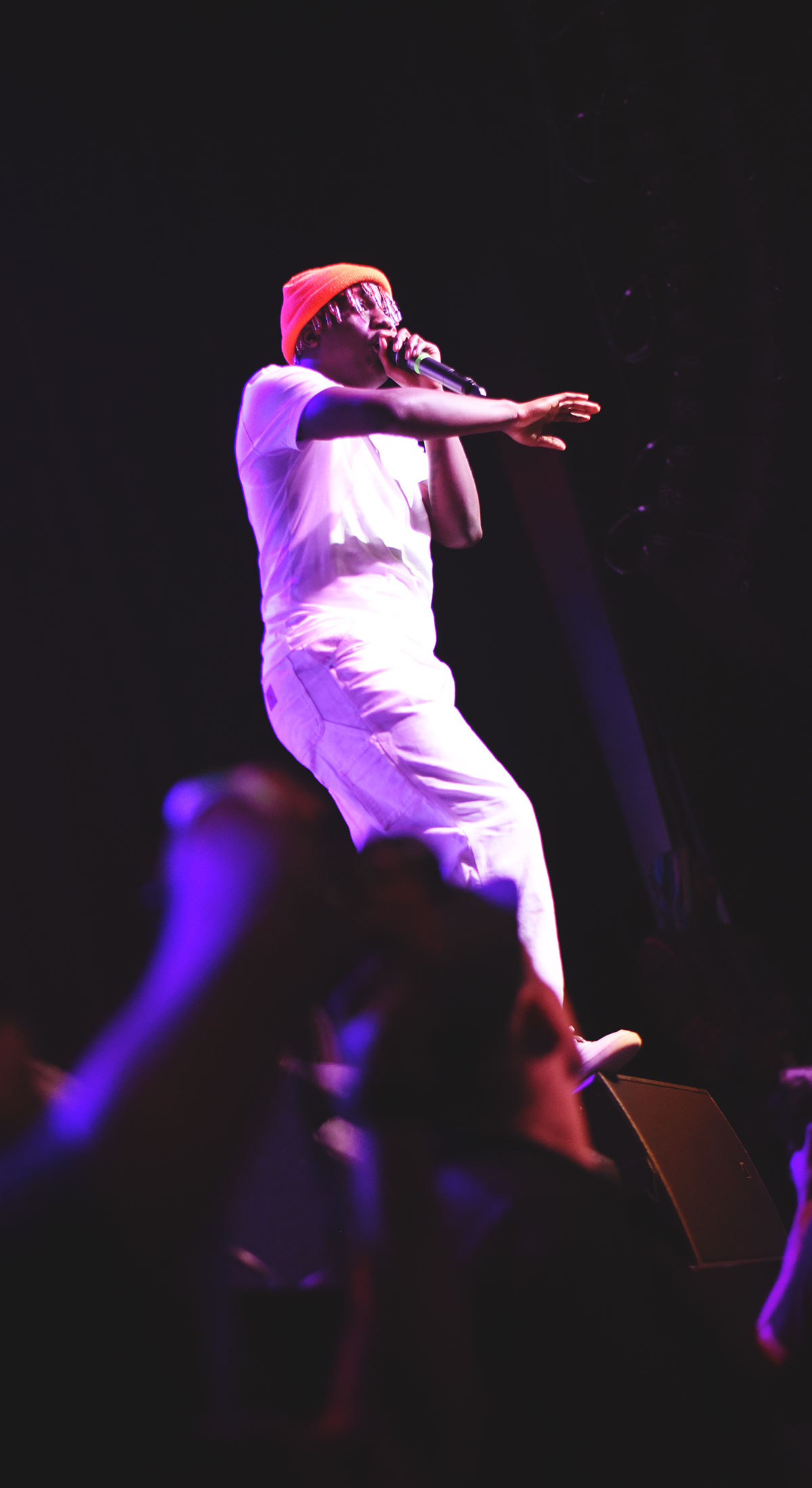 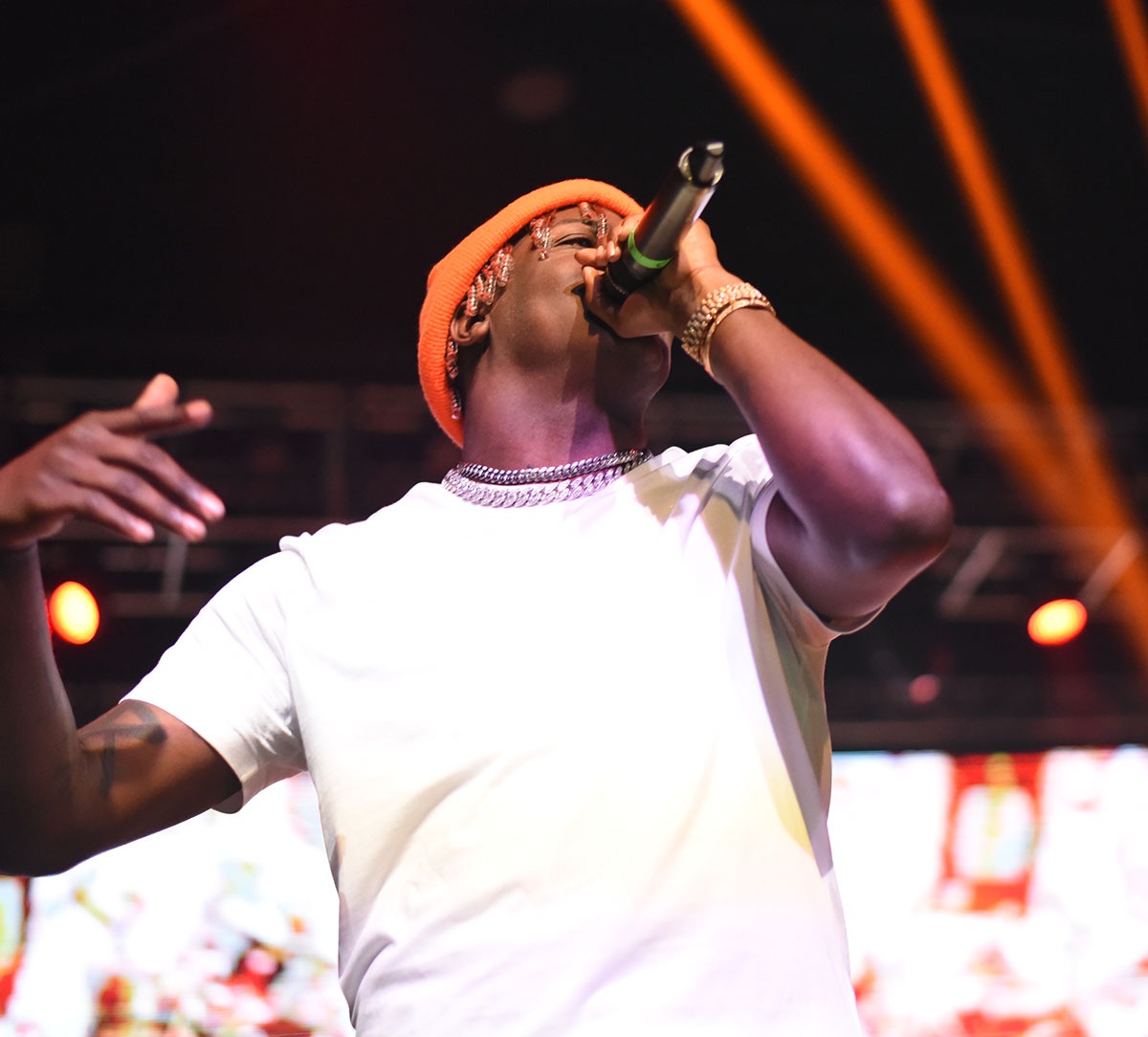 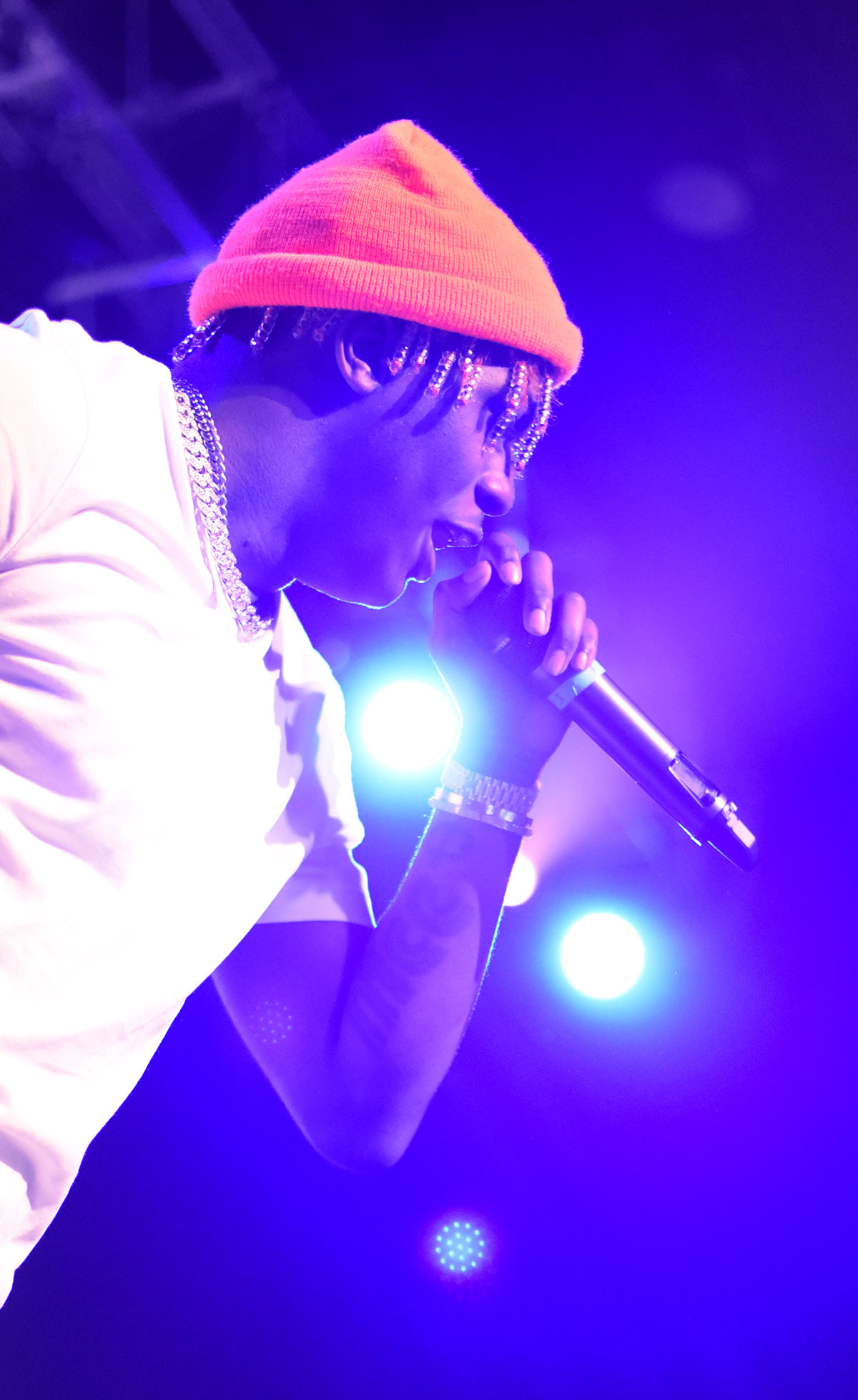 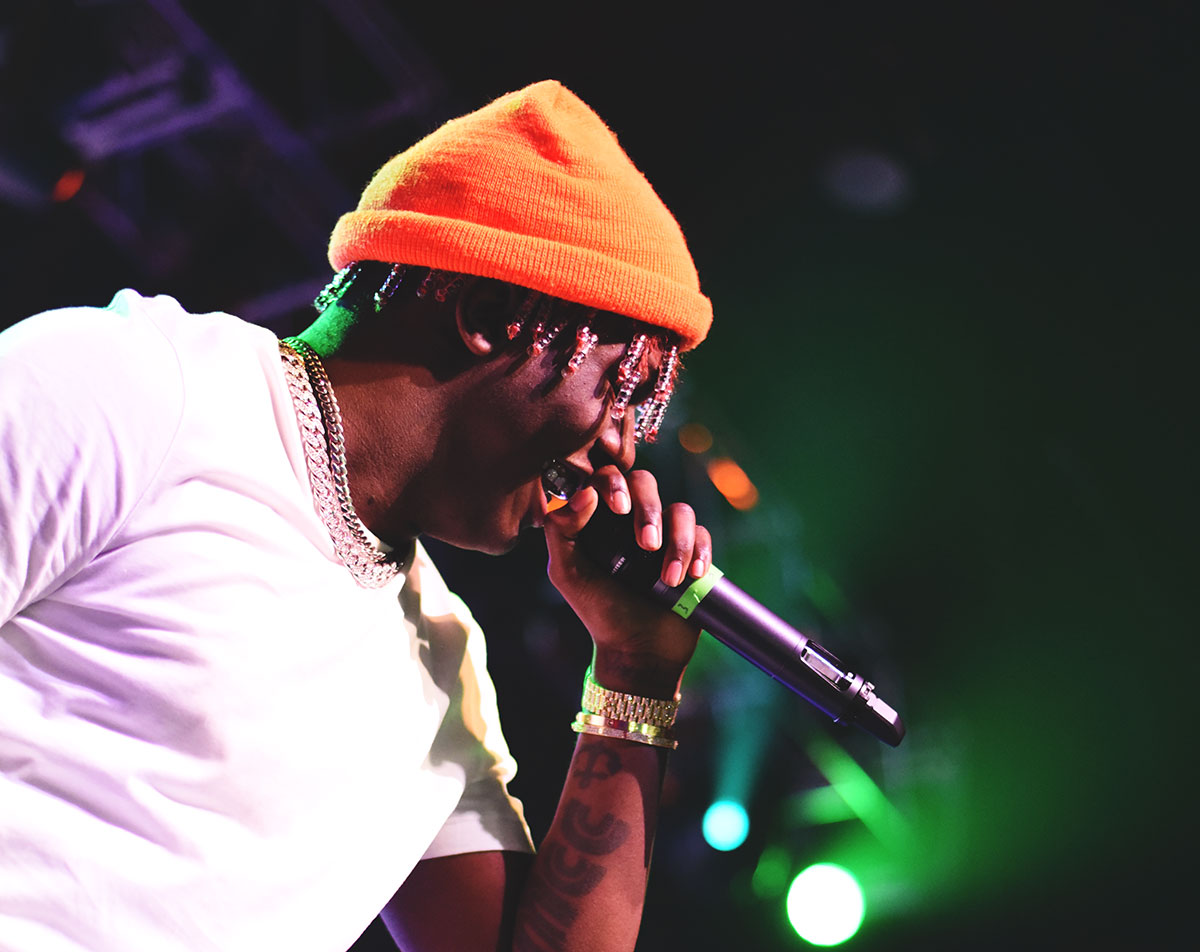 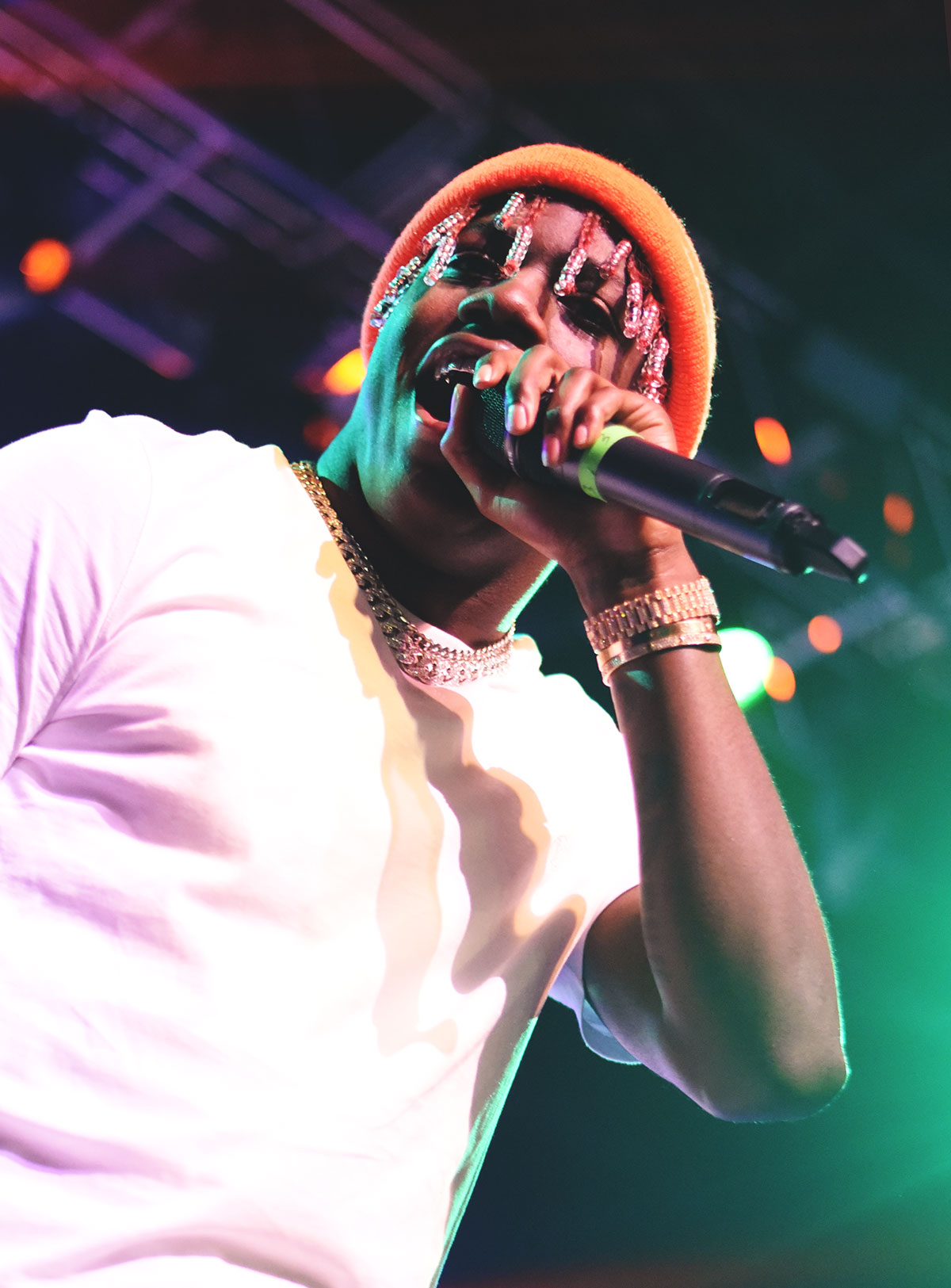 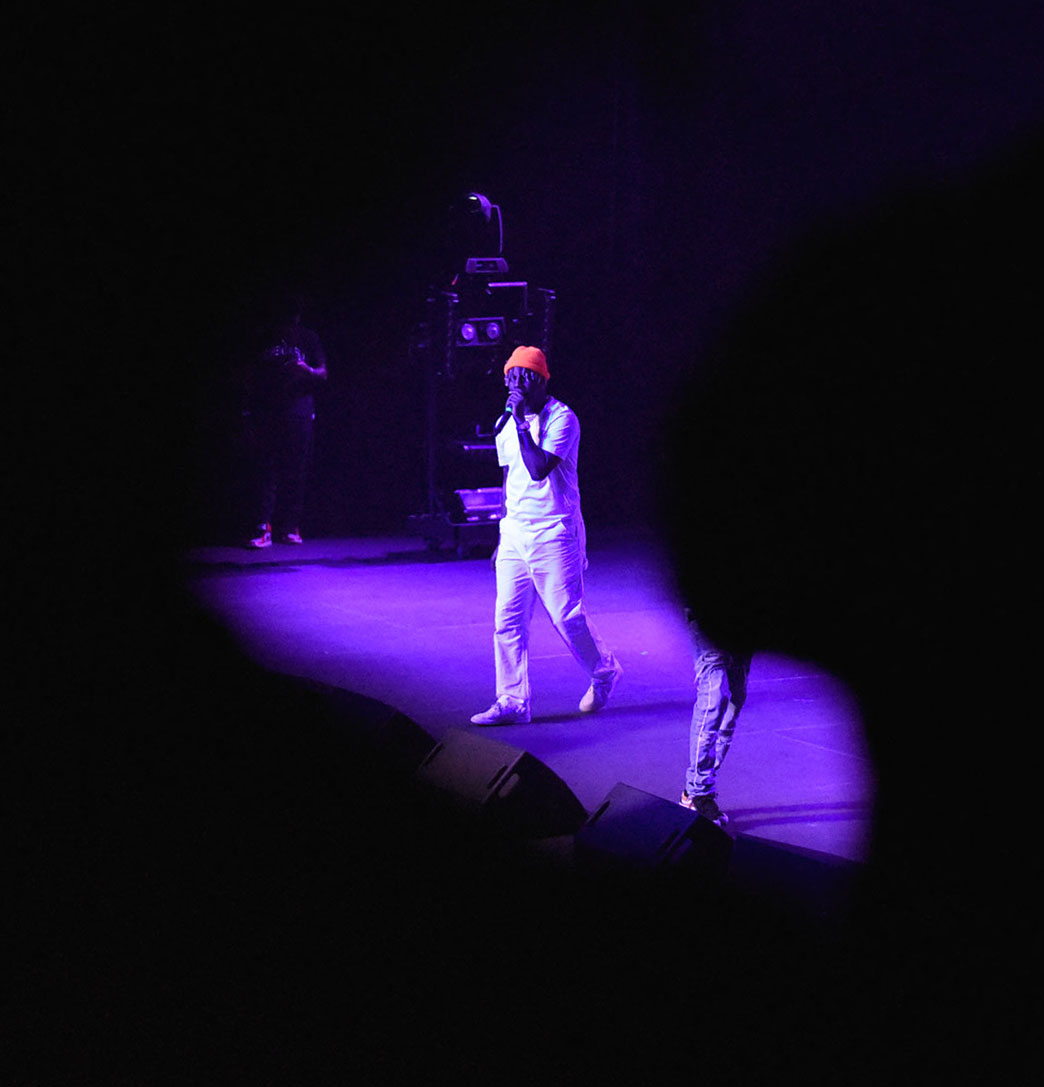 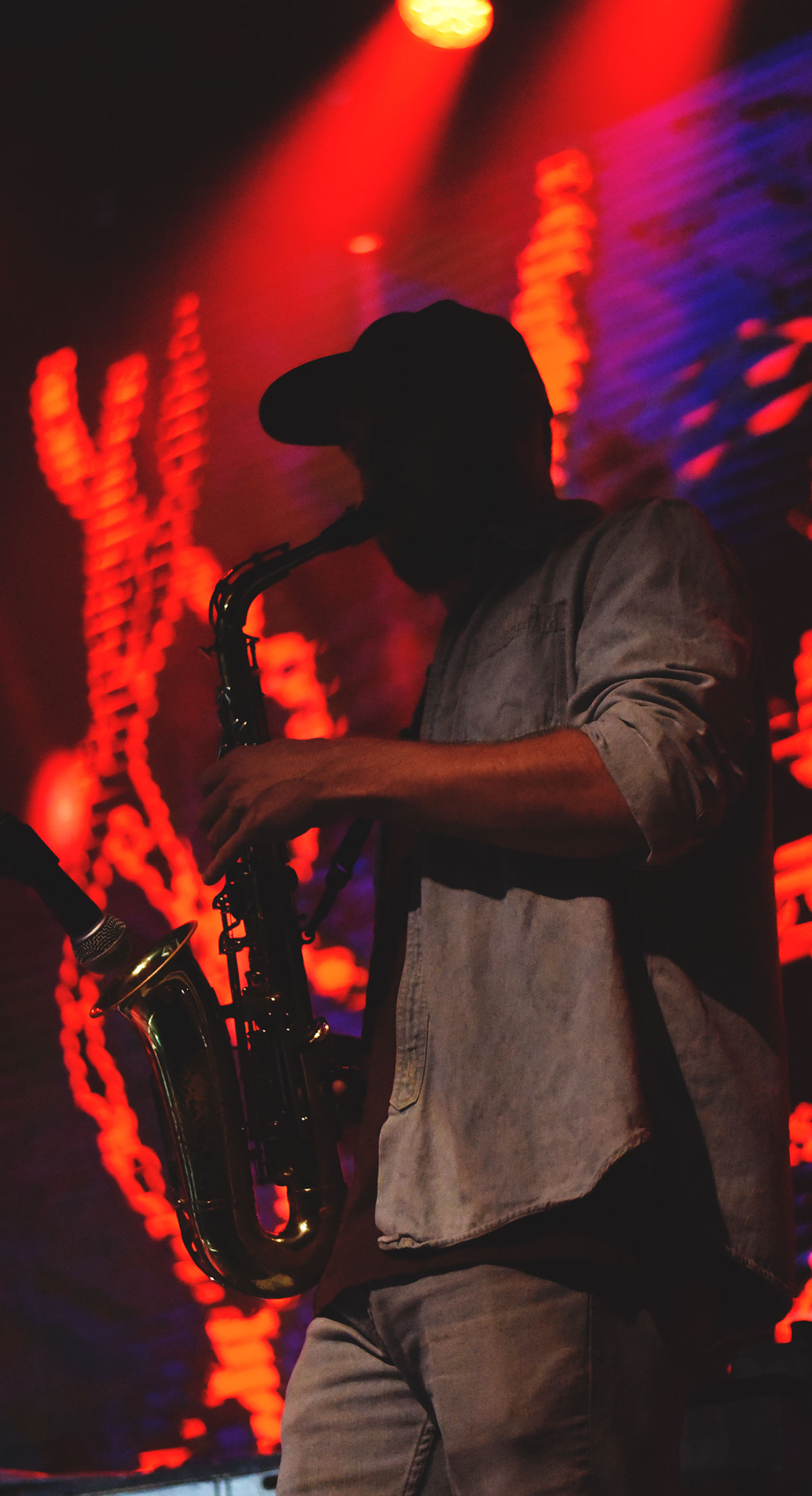 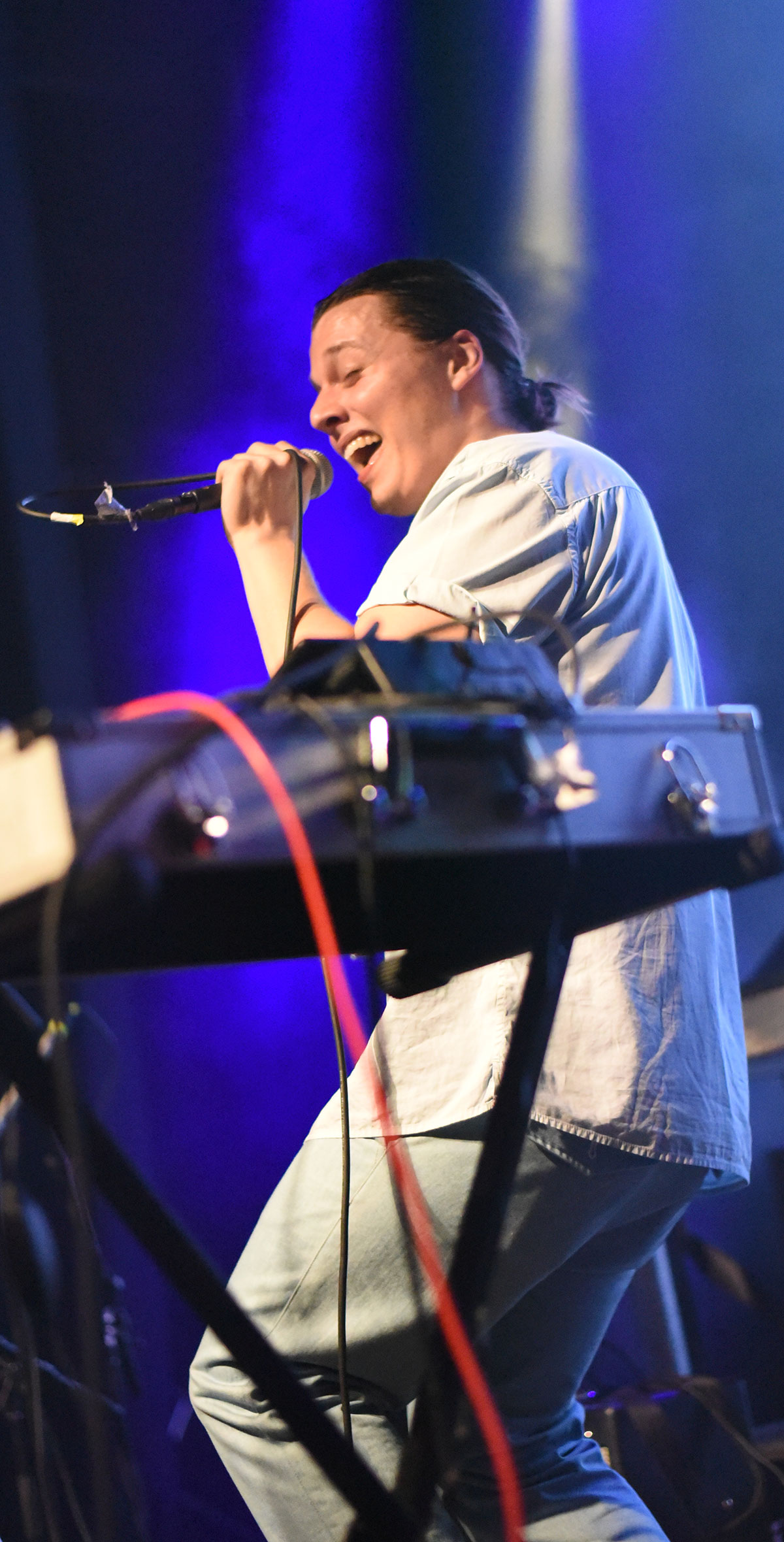 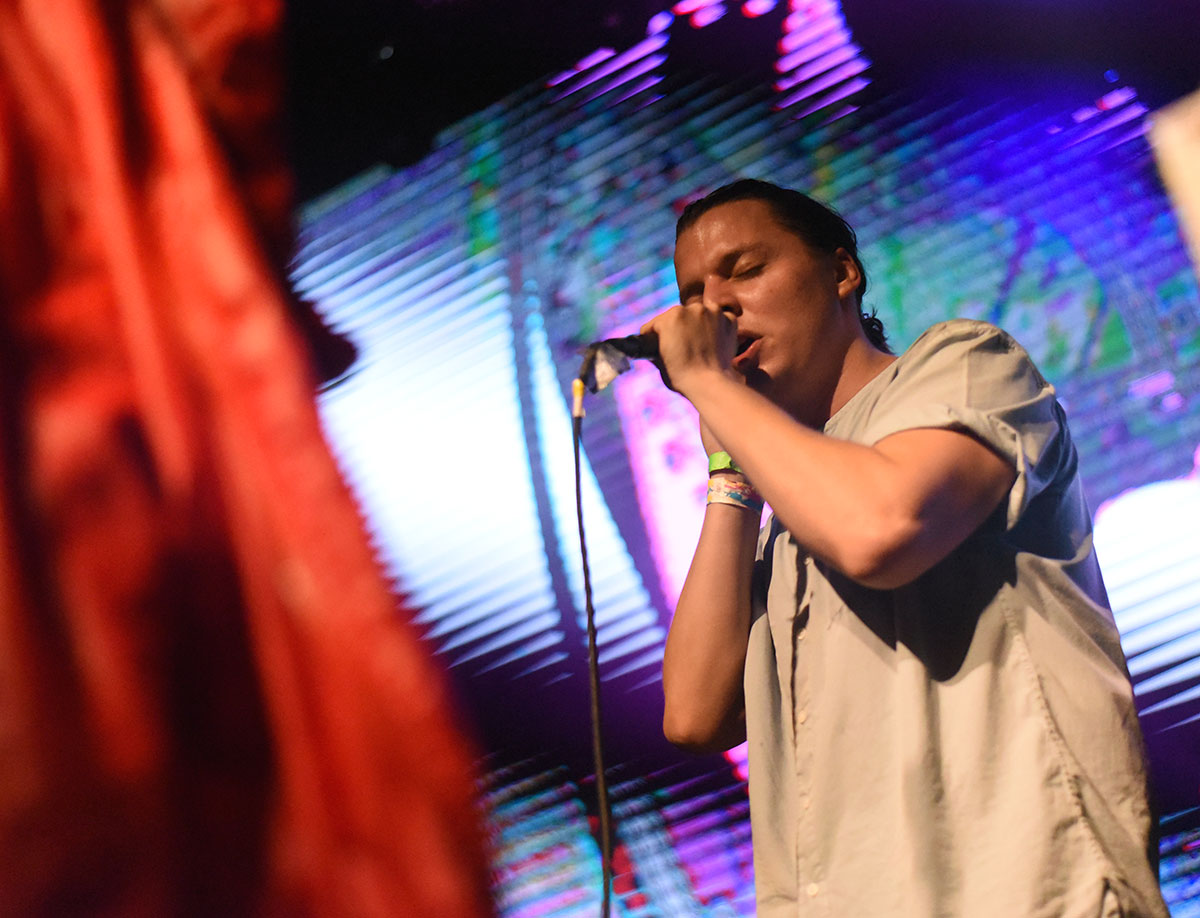 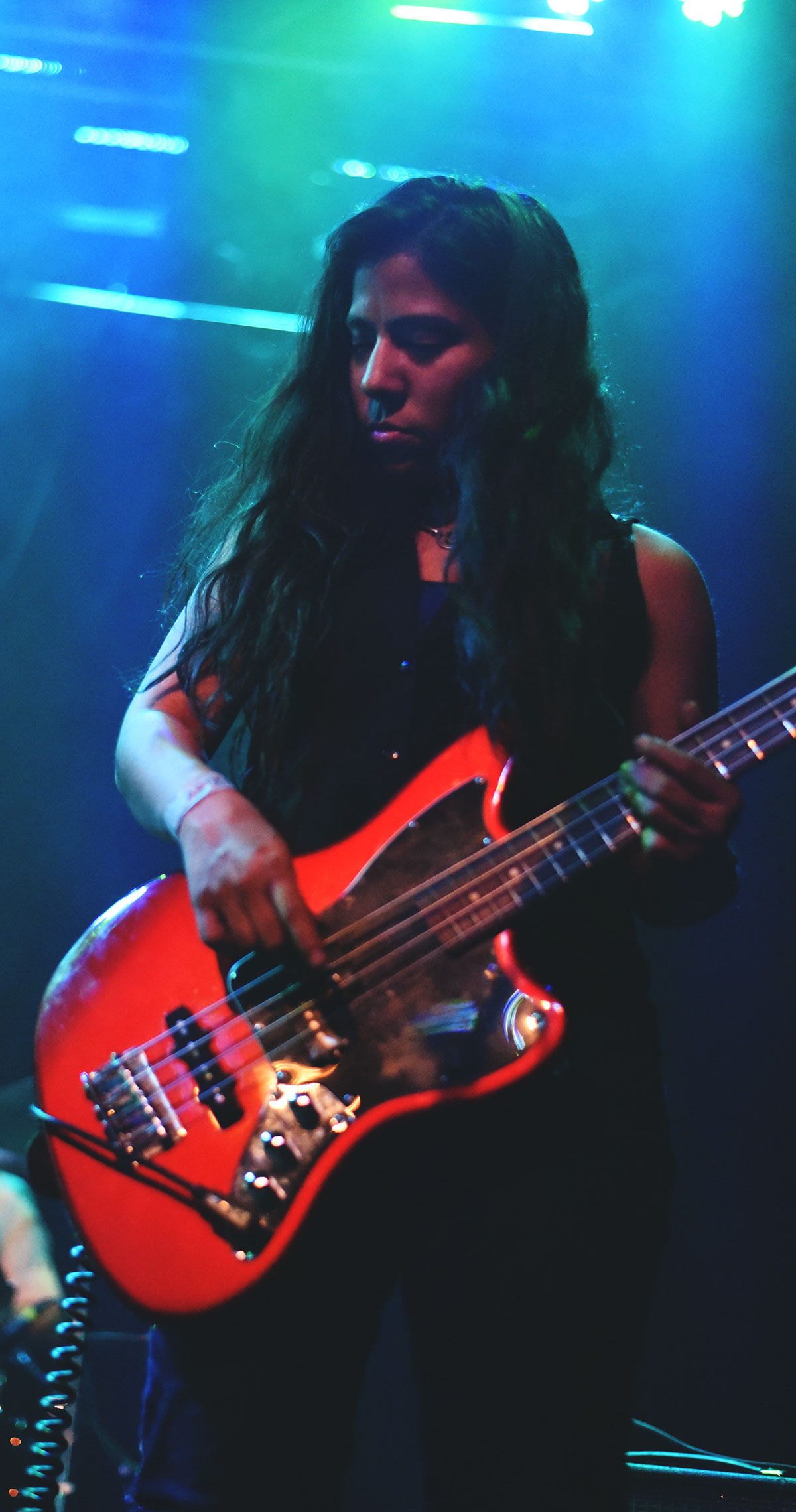 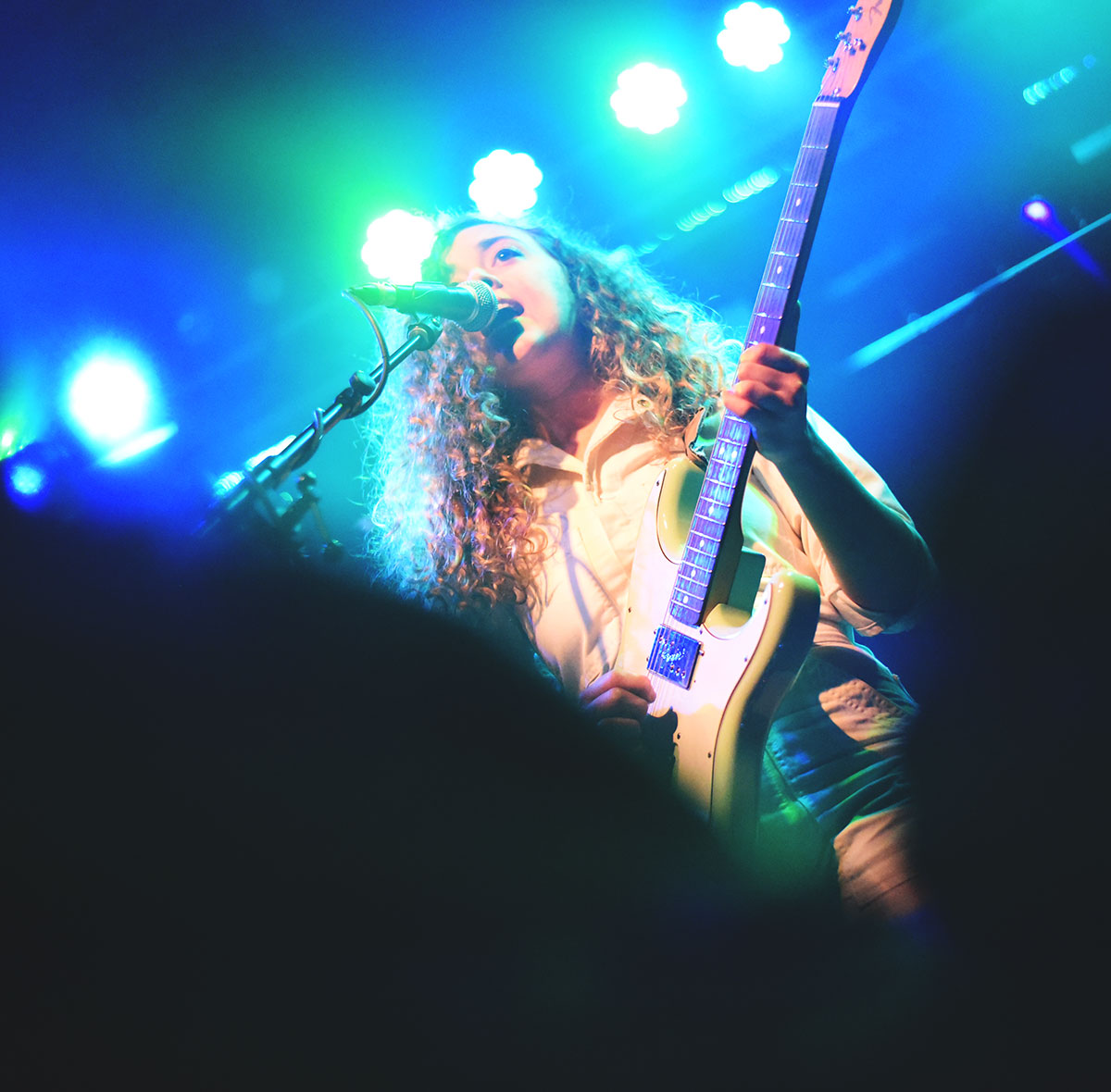 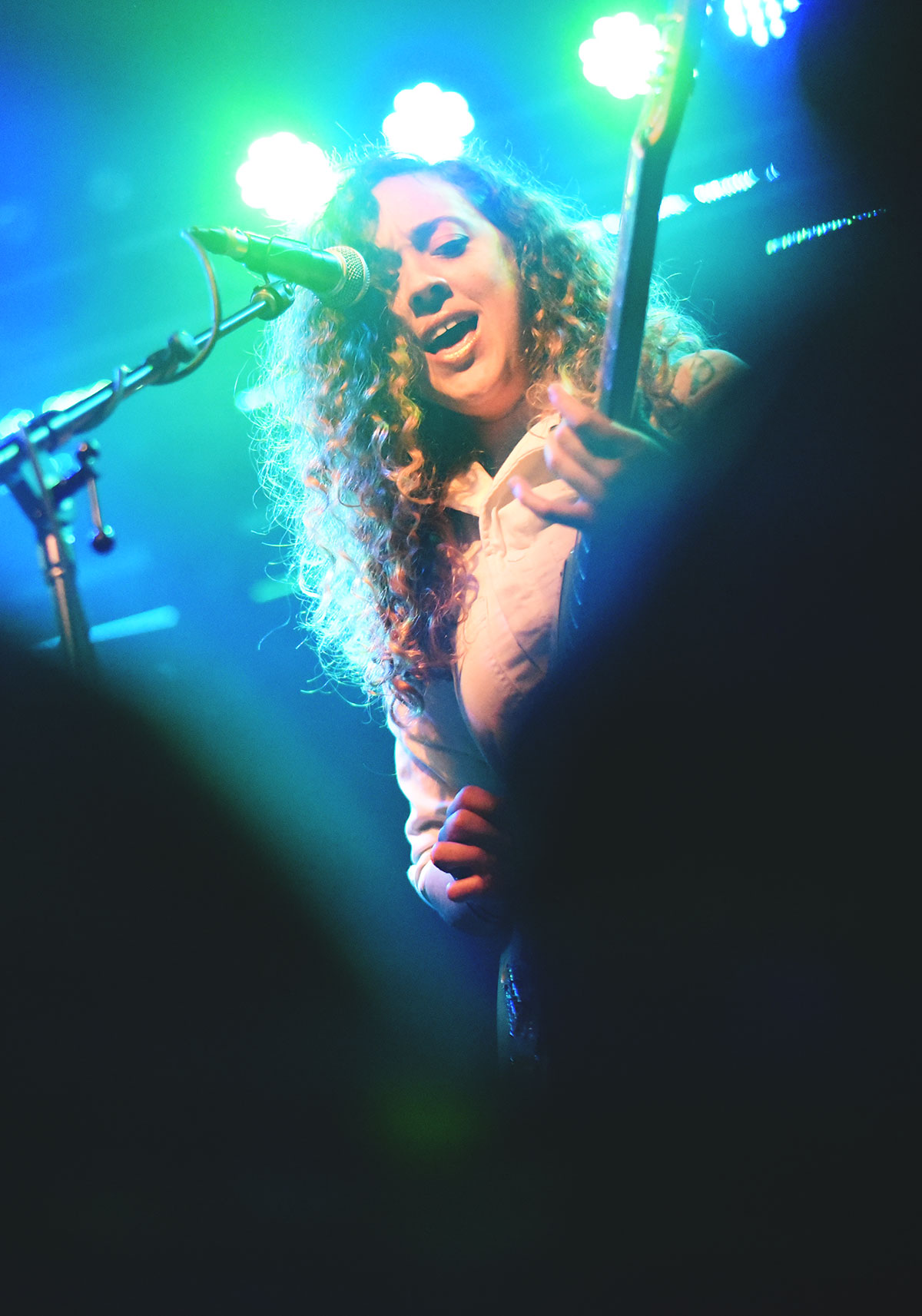 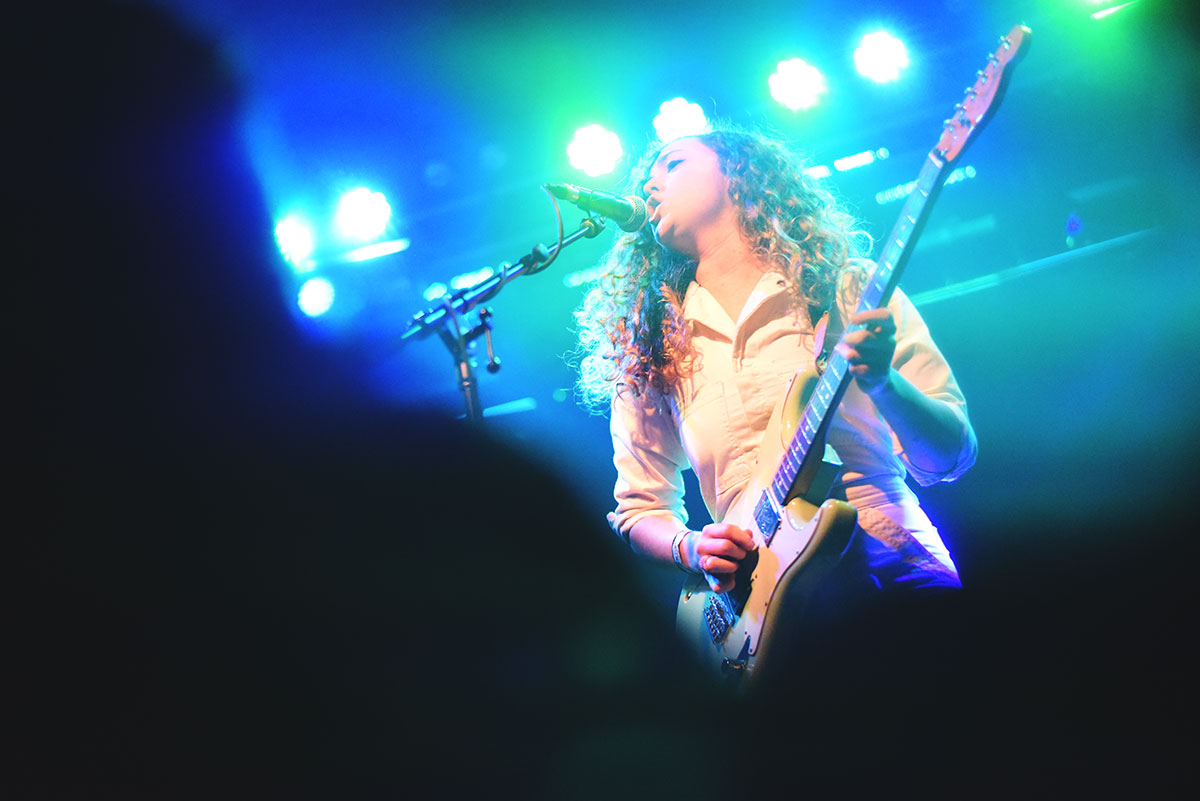 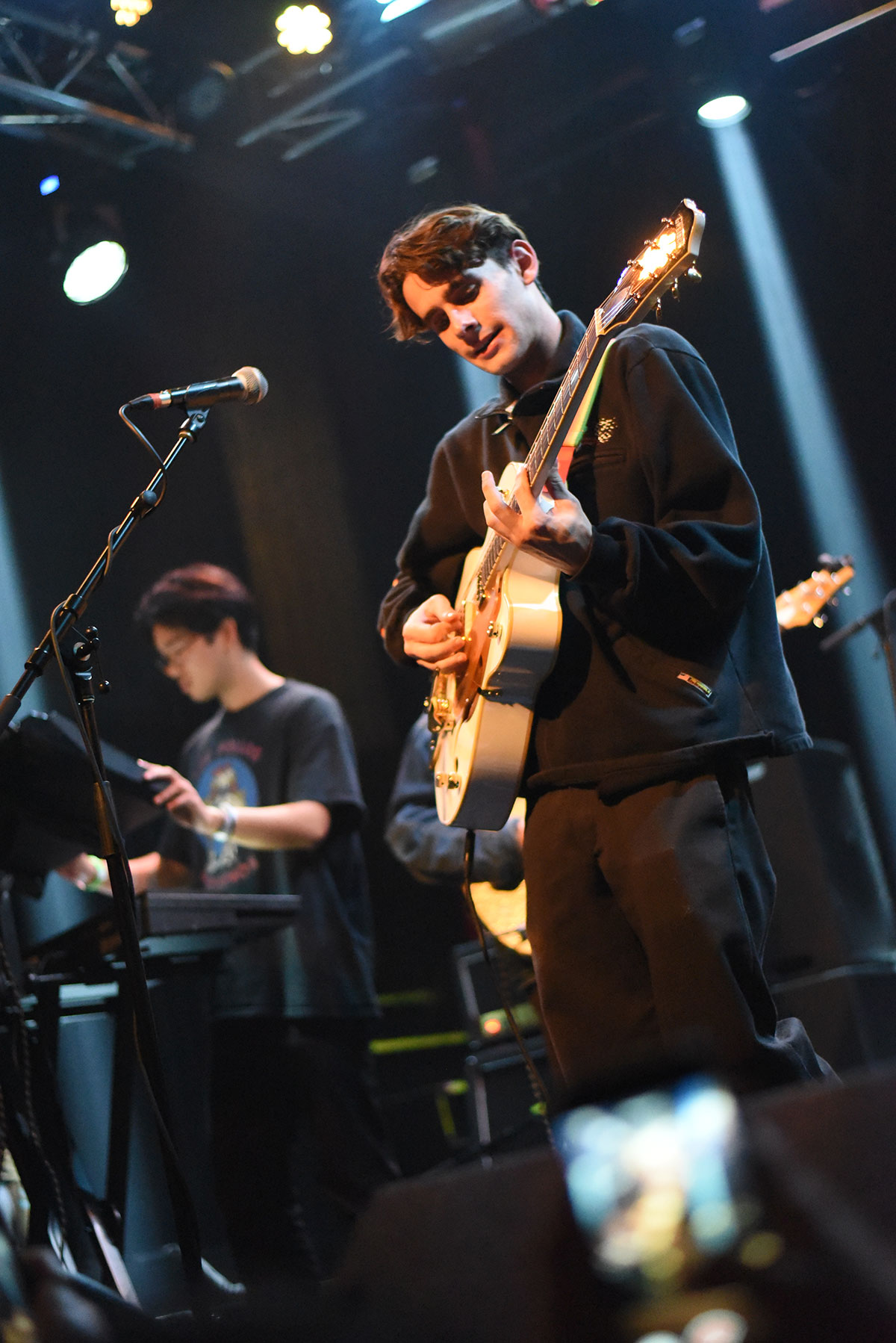 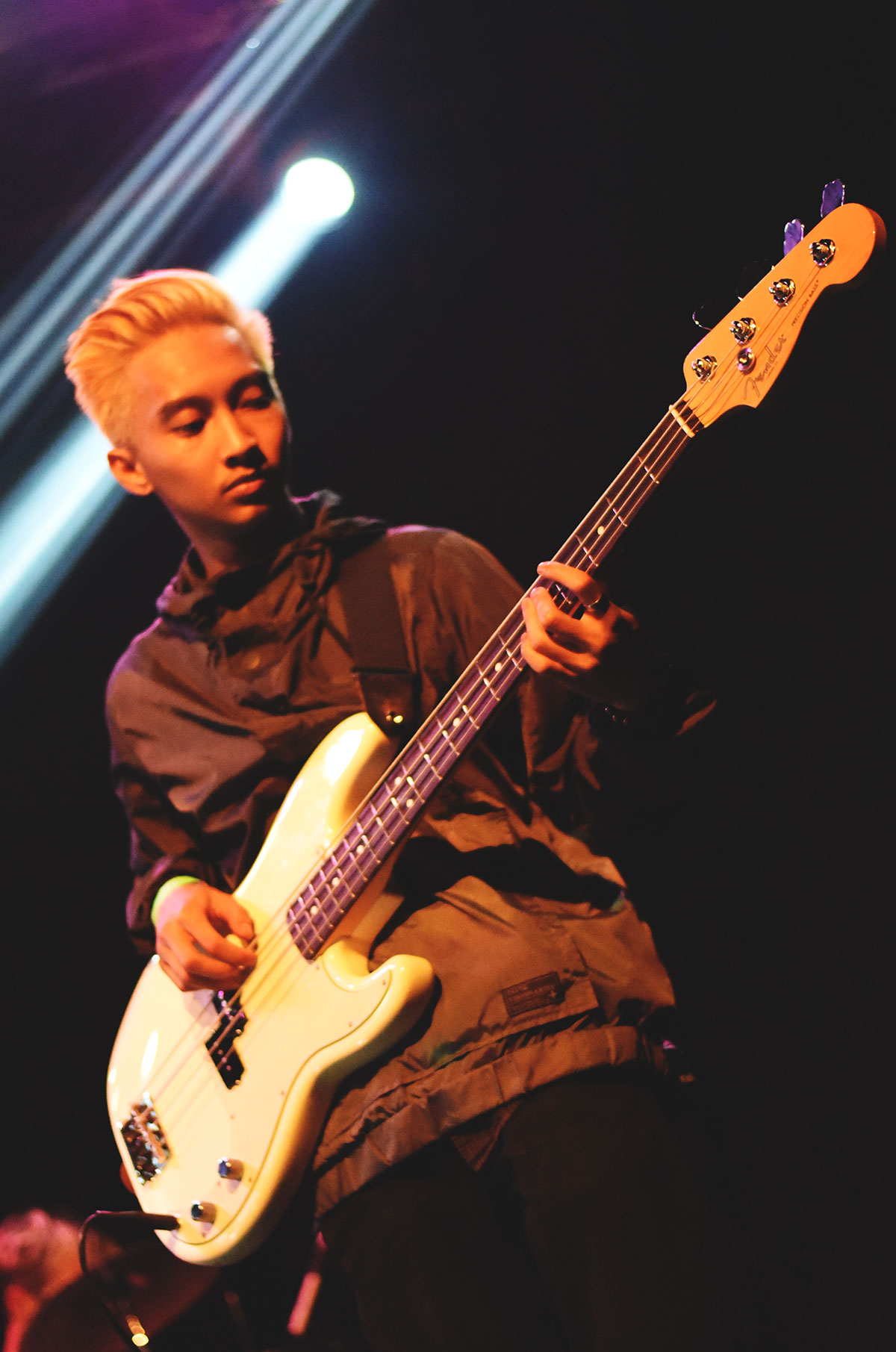 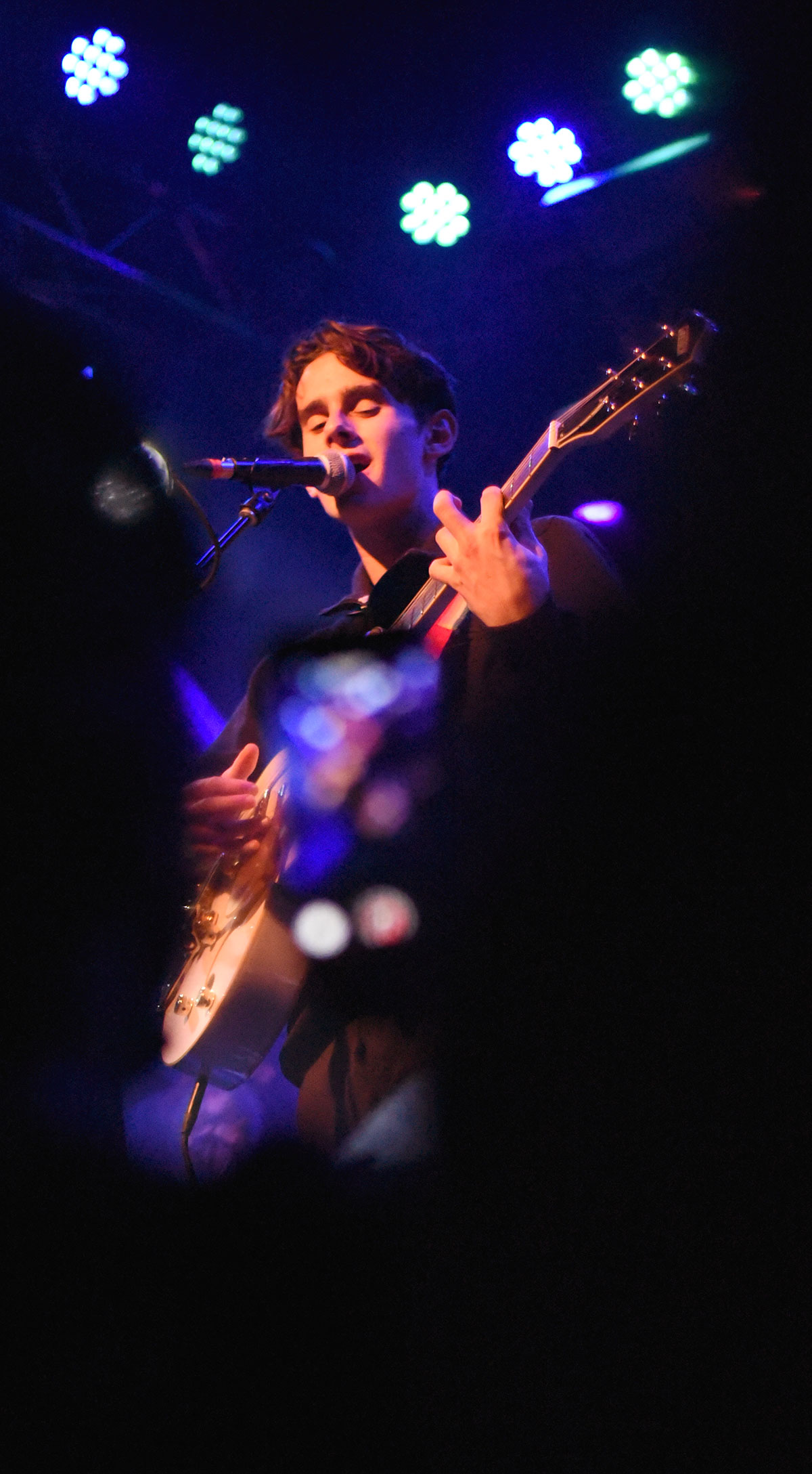 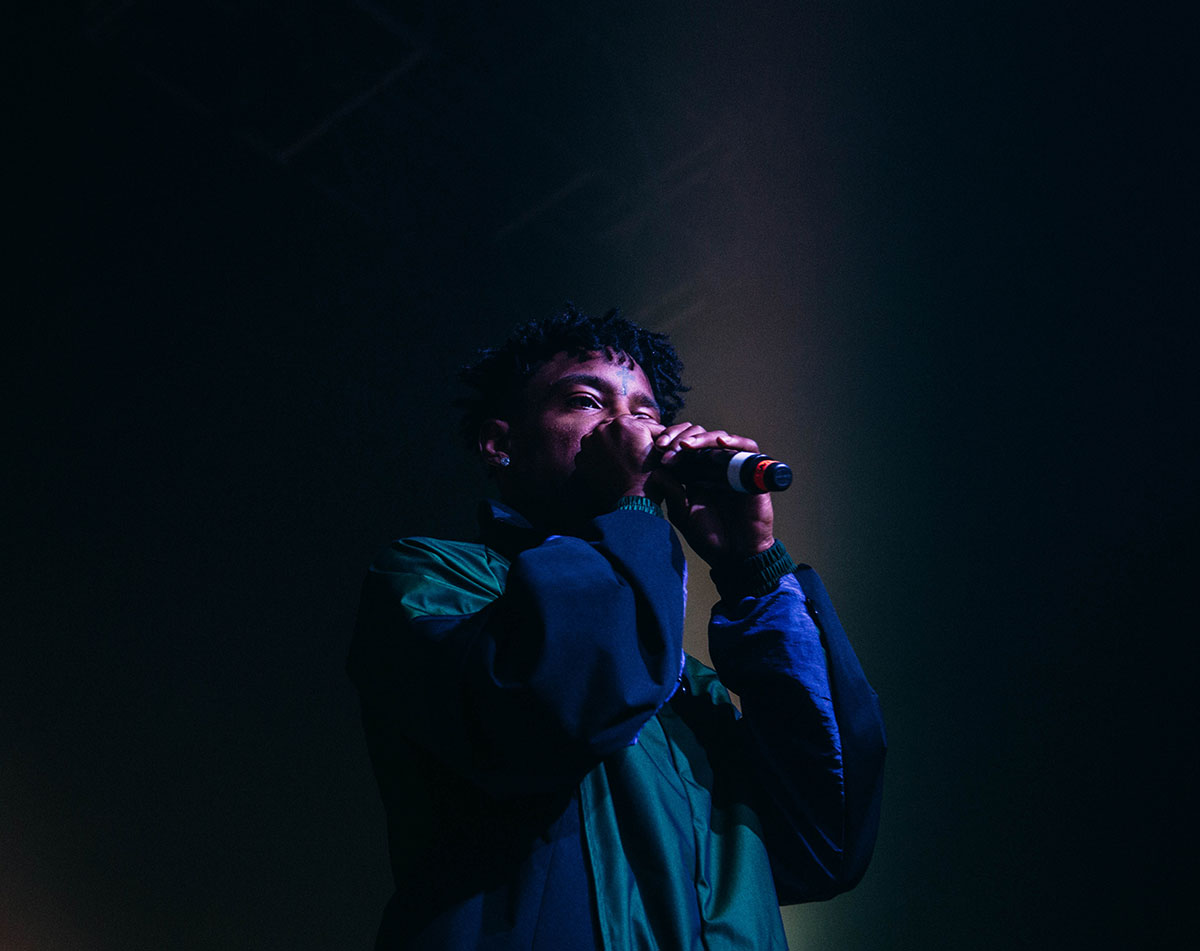 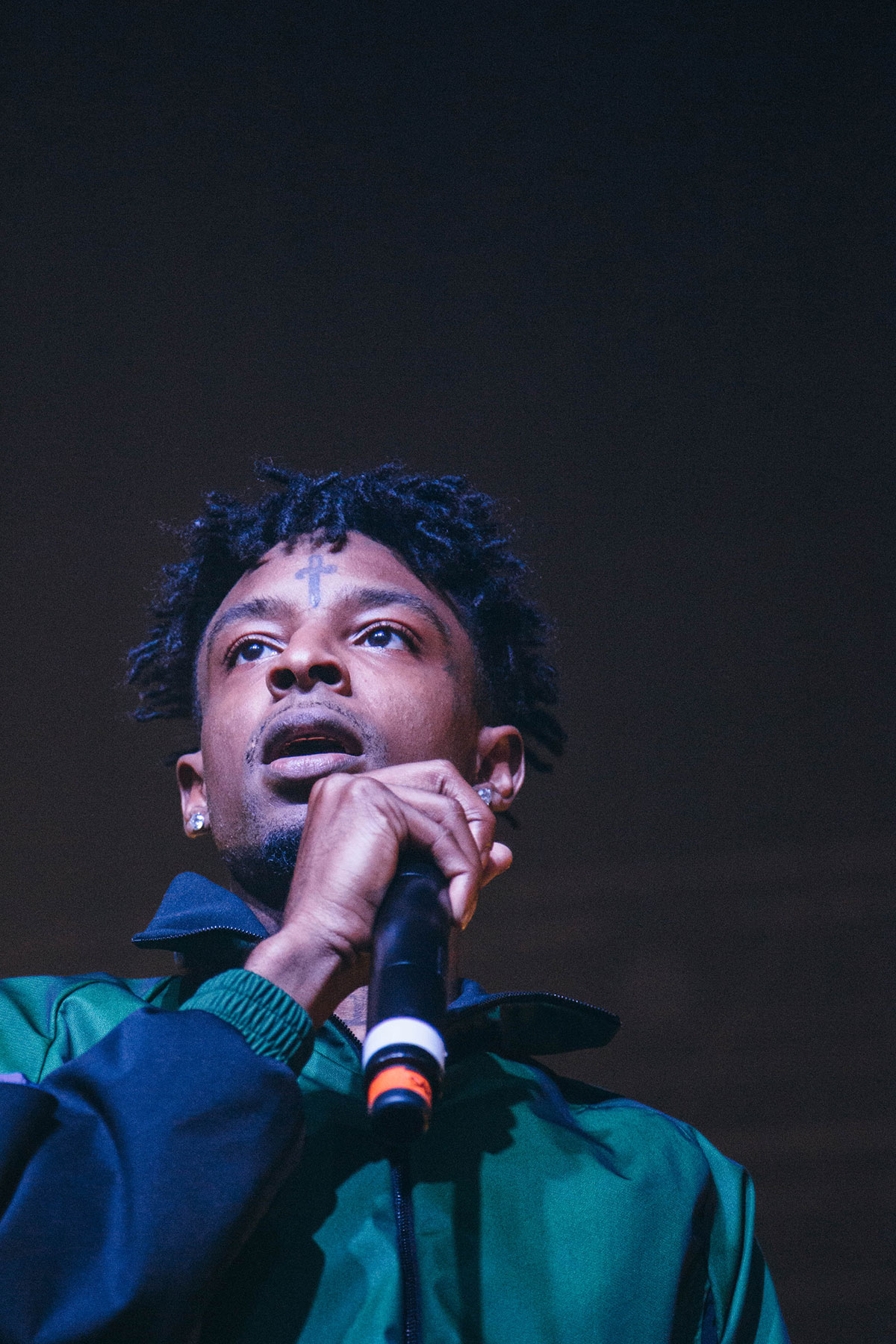 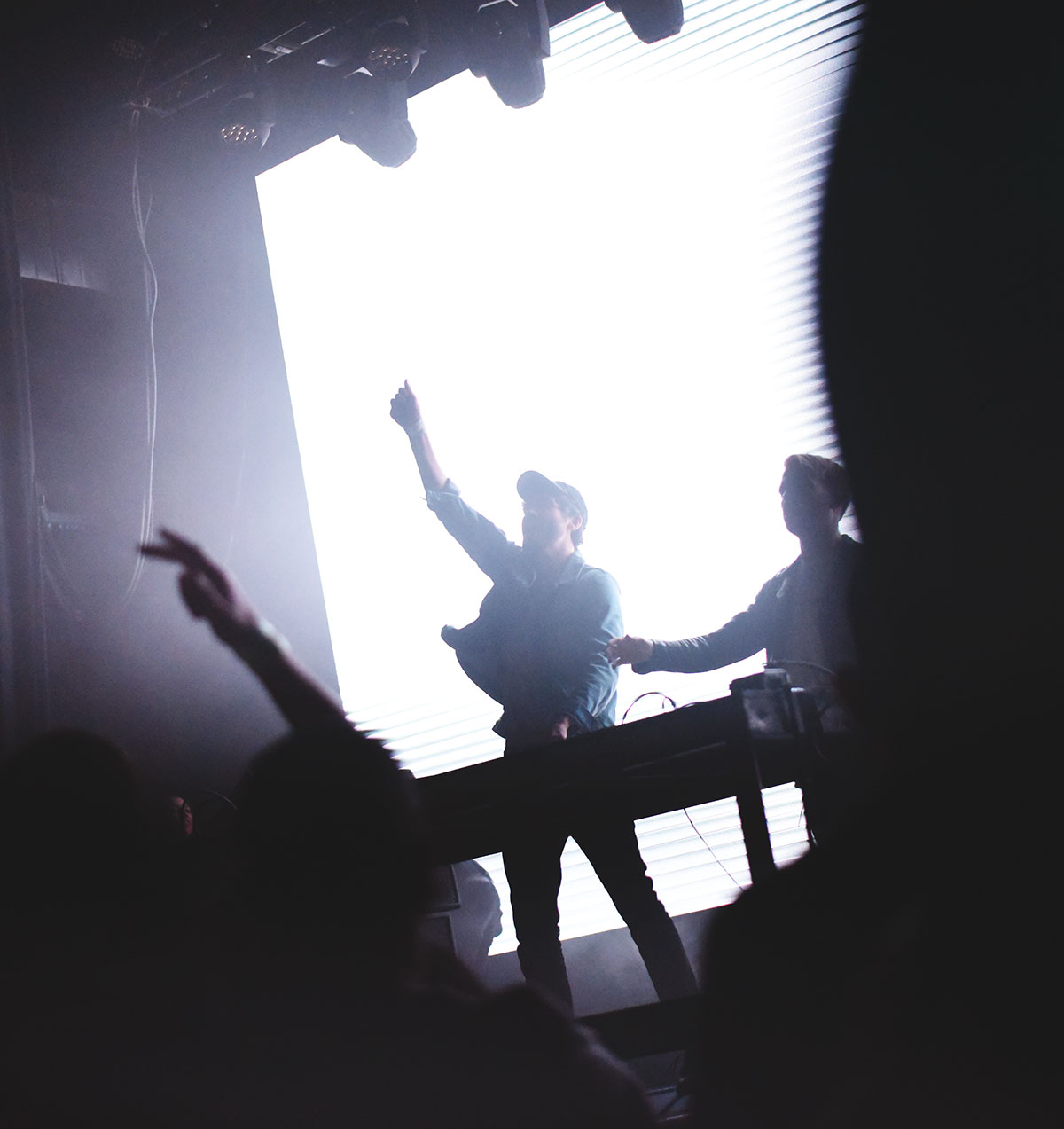 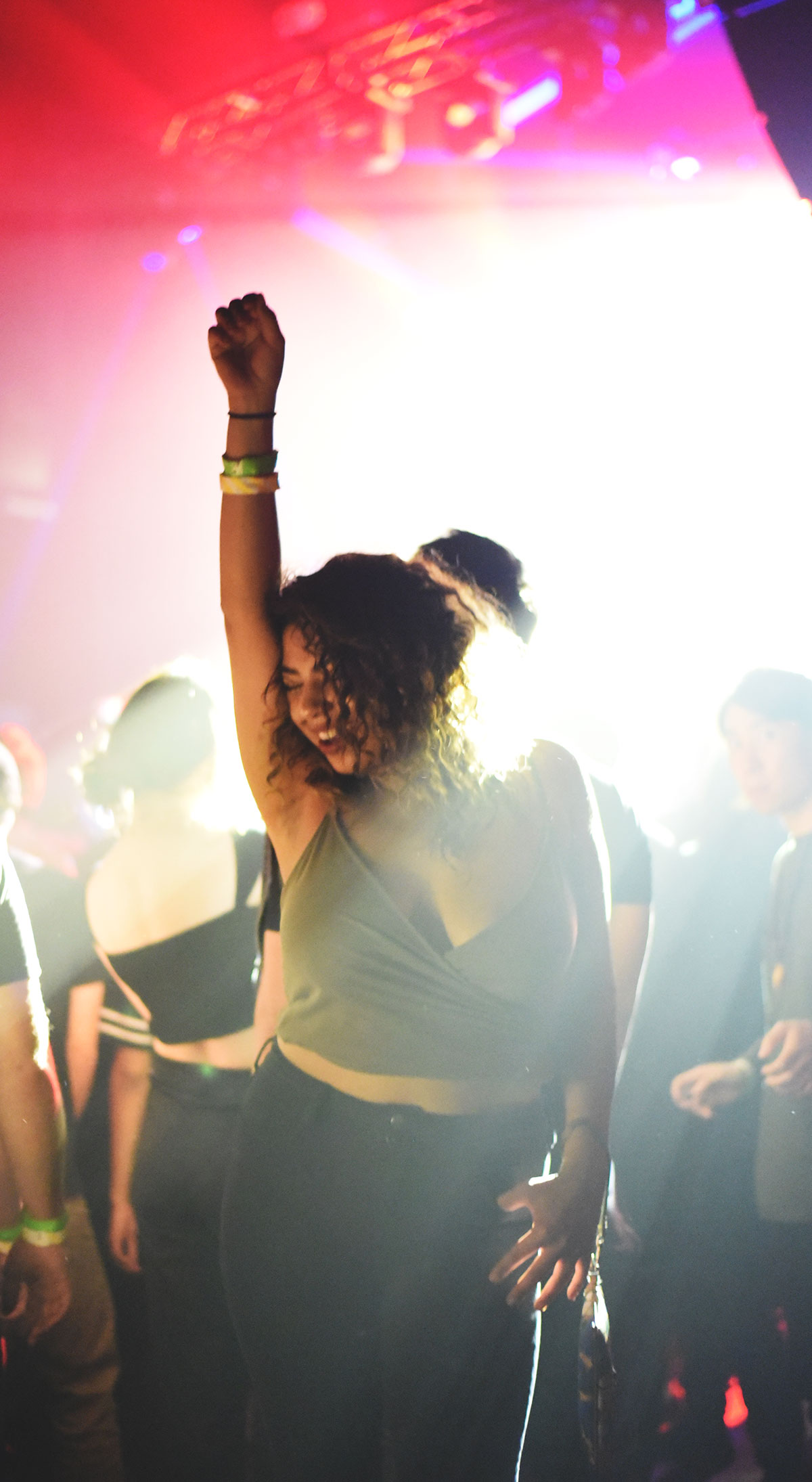 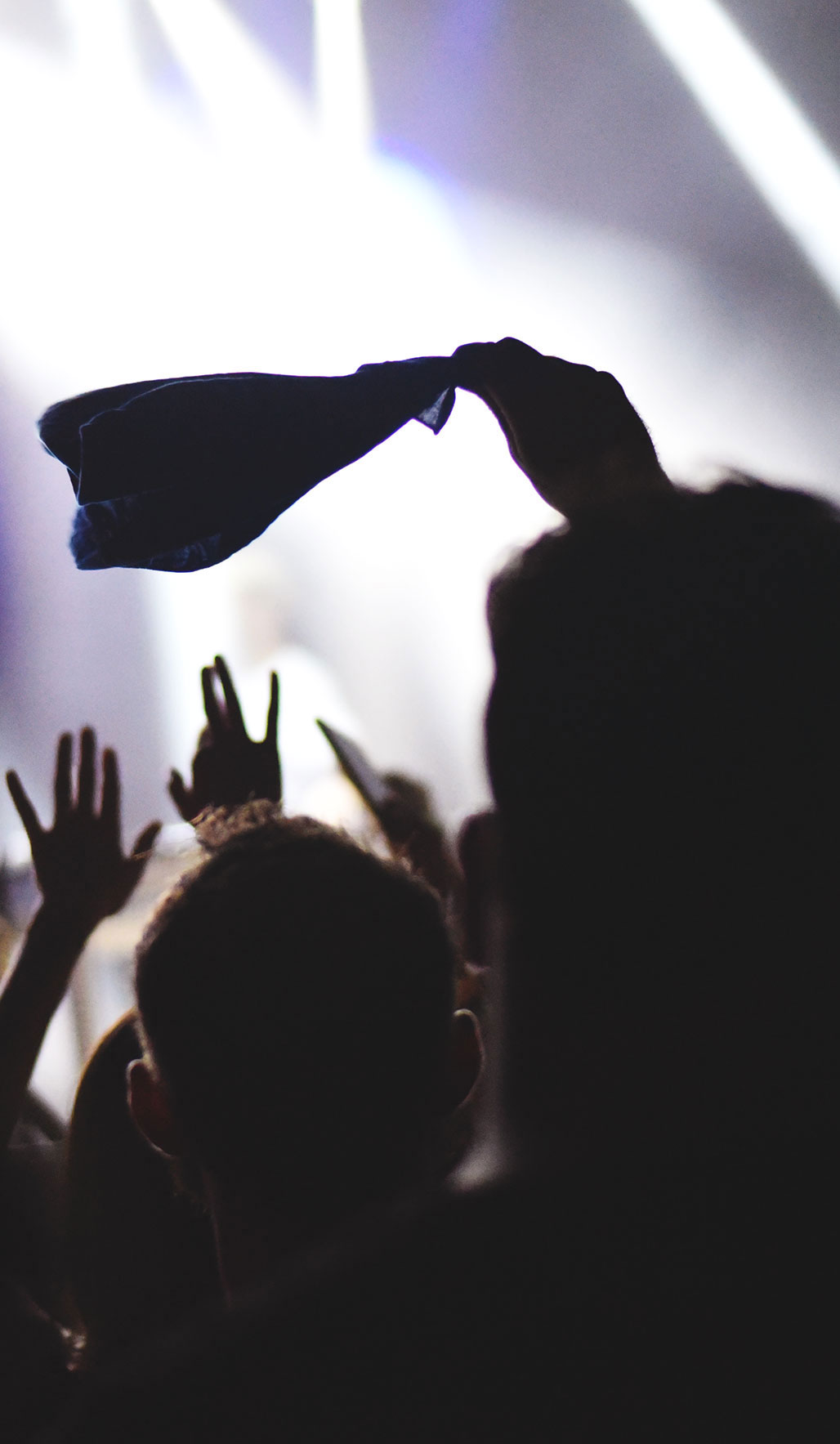 21 Savage photos by Jordan Smith. All others by Pete Freedman.

5:45 p.m.: A text message from a friend alerts me to the fact that Oaktopia 2017 is officially underway as the first two fans of opening night have arrived at Trees, one of three venues participating in the festival. How do I know this information? Because those two people are my girlfriend and her friend, neither of which have any qualms about arriving to a concert super early, it seems. — Juan Betancourt

6:27 p.m.: I have now joined my girlfriend and her friend at Trees, but it’s not like there are a ton of others in here with us. A moment ago, a group of hipsters walked in to check out the scene — only to immediately leave upon realizing no one was playing yet. They do not have our patience, clearly. — JB

7:30 p.m.: Cure for Paranoia is the first band to play at Trees for Oaktopia and they just started their set. How early is it? Well, vocalist Stanley Francisko is drinking an espresso shot on stage as he walks up to take the mic. — JB

7:32 p.m.: It’s not even 8 o’clock and there are some drunk people out in Deep Ellum already! One chick is particularly wasted, and she totally has X’s on her hands too. Pre-gaming is still a thing, I guess. — Lauren Keuning

7:54 p.m.: Y’all, the bass at Trees hit! My whole body is shaking during this Cure for Paranoia set. I dig these guys. I like their style even more, though. The whole group is dressed dope as hell. — LK

8:11 p.m.: In the line to pick up my festival passes at Bomb Factory, I overhear a guy in front of me excitedly tell a friend on the phone that he’s seeing 21 savage tonight. Clearly responding to a question of where, his reply: “Oh, it’s like this small festival in Deep Ellum? I’m not sure.” Maybe not the best Oaktopia grassroots marketing right there. — Pete Freedman

8:20 p.m.: The line to get into the Bomb Factory is separate from the line to pick up your passes. And the line to get in? It’s long. Makes sense: This is where most Oaktopia heavy hitters are playing. Canton Hall, on other hand? There’s no line. Let’s see what’s up over there. — PF

8:23 p.m.: There are a handful of people on the smoking patio, but I’m only counting nine people inside of Canton Hall as DJ T-Walk spins on stage. Yeesh. Let’s see what’s good at Bomb Factory. — PF

8:35 p.m.: After a few minutes in the line to get into Bomb Factory, we’re finally where the action is! Most of the upstairs balcony is curtained off, but the floor is at least 1/3 full. Signs of life for Oaktopia! Finally! — PF

8:36 p.m.: Oh god, I just walked through a vape cloud inside of Bomb Factory. It’s bubblegum flavor, I think? I’m pretty sure that’s the only vape flavor. — PF

8:40 p.m.: I run into festival co-founder Brent Camp on the Bomb Factory patio and ask him how he’s feeling. “I was a little nervous earlier,” he says. “But now the venues are starting to fill up!” Because I am inherently a dick, I point out Canton Hall was dead when I was there just a few minutes ago. “Oh yeah,” he says. “It is dead. But I hear Trees has a decent crowd.” Hmmmm. — PF

8:50 p.m.: I run into a Bomb Factory bartender I know who looks bored behind his empty bar. I tell him I’ve been seeing a lot of Xs on hands. “Not a lot of drinkers tonight?” I ask. His one word reply: “Nope!” — PF

9:07 p.m.: I spot Hagen Hauschild, drummer for Samus David Jr. drummer, speaking with his mom outside on Trees’ patio after his set. He thanks her for coming and promises he’ll call her soon. Musicians: They’re just like us! — JB

9:17 p.m.: I run into Dallas rapper Blue, the Misfit during Casey Veggies’ Bomb Factory set. Blue had played this same stage earlier in the night, so I ask him how it went. “The vibe was a little awkward,” he says. “I was the third act of the night, and the room wasn’t full yet.” I kinda shrugged. He laughs it off. “I mean, I did great,” he says. — PF

9:42 p.m.: It took a few hours, but Bomb Factory is packed! It’s like a sea of fucking people in here. And the crowd is hype AF for Lil Yachty’s set. I’m seeing mosh pits left and right. These kids are gonna knock someone out… — LK

10:03 p.m.: Listen, “I Spy” is a bop. And, for all the hate he gets, Lil Yachty is actually a pretty decent performer. And his smile really is infectious. — PF

10:24 p.m.: Back over at Canton Hall, and there’s still not many people here. Houston’s Wrestlers, a fun indie pop act, is only playing to about 50 people, one of which is Ishi’s John Mudd, who has shared  a boatload of bills with these dudes in recent years. — PF

10:27 p.m. Is the issue that people don’t know about Canton Hall yet? That’s the theory of a friend I run into out on the smoking patio. It’s difficult to even tell it’s a venue, he notes. Beyond the security out front, the entrance isn’t very well lit yet. — PF

10:28 p.m.: The Denton psych-rock heroes in Pearl Earl just started their Trees set. It’s the biggest crowd of the night here, for sure. — JB

1035 p.m.: Trees is definitely a little out of the way as compared to the next-door pairing of Bomb Factory and Canton Hall. It’s a four-and-a-half-minute walk from Canton Hall to Trees exactly. I know this because I timed it just now. — PF

10:40 p.m.: There are about twice as many people in Trees as there are in Canton Hall. Pearl Earl is performing to somewhere between 80 and 100 people, sounding good and probably deserving an even bigger crowd. The bartenders here think so, anyway. They’re also shocked to hear they have a bigger crowd at the moment than Canton Hall does. — PF

11:28 p.m.: Bane’s World has a nice crowd at Trees — definitely over 100 people — for their crooner-influenced emo rock. Fin fact, their booking agency is Biker Gang Booking, a new upstart out of Arlington. Weird, then, that the lead singer says this is his band’s first ever stop in Texas. — JB

11:53 p.m.: I arrive at Bomb Factory just in time to see the masses emptying out of Bomb Factory. I guess 21 Savage’s set ended more than 20 minutes early? Lame. — PF

12 a.m.: For the first time all night, Canton Hall has a decent crowd! Infected Mushroom is embracing it, turning the room into a big dance party. Also, this shit is loud. — PF

12:26 a.m.: I wonder to myself how many people in this room right now came here after the end of 21 Savages set and how many came here on single-venue passes bought at the door. It’s later in the night, sure, but this is definitely an older crowd than I’d seen the rest of the night. Most people in here are in their mid-20s or older. — PF

12:33 a.m.: I run into Oaktopia co-founder Brent Camp again. He’s happy to see Canton hall finally have a crowd, and says he feels great about the first night of the festival. Given the move, he says, some growing pains were to expected. I think that’s fair. He says he’s really enjoyed working with the people at Trees, Canton Hall and Bomb Factory, though, and he hopes to continue that relationship. “I love them,” he says, emphatically. — PF

12:43 p.m. There’s around 700 or so people in Canton Hall for A-Trak and Baauer, I’d say. And fuck if the bass isn’t rattling my huge-ass nose. Shouts to the old Bomb Factory sound system that was moved over to this place before it opened. It still bumps, clearly. — PF

12:50 a.m.: A-Trak just dropped a remix of Drowning Pool’s “Bodies,” and I’m not sure how to feel about it. I wonder if he realizes Drowning Pool is from Dallas. Probably not? — PF

1:05 a.m.: A-Trak and Baauer’s set is pretty fucking sick. The visuals behind him are extra trippy, too. Mountains and landscape scenery are mixed with a light show. It’s super cool. — LK

1:46 p.m.: As Oaktopia’s first night wraps, I run into a friend who has been to every year of the festival and ask how she feels it’s going as compared to past years, what with the move from Denton to Dallas and all. “I knew it was going to be different,” she says. “It’s an evolution. It’s a leap of faith. I hope they develop it. I think there’s a future for it. I still love the concept.” — PF