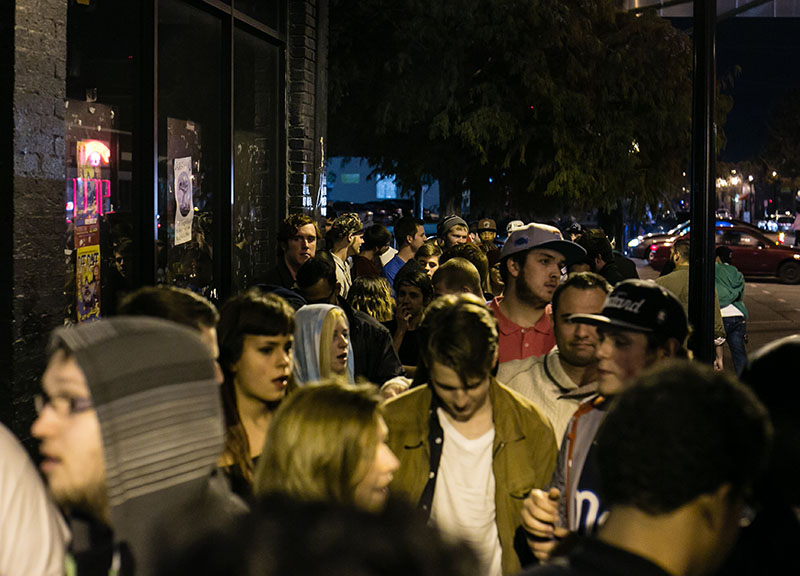 RiFF RAFF is a lot of things.

And, in addition to the basically hundreds of aliases he's created for himself — JODY HiGHROLLER, RAP GAME JAMES FRANCO and the FREESTYLE SCiENTiST, among them — the 32-year-old rapper would maybe do best to call himself the Versace Salesman.

Here's the thing: No matter your thoughts on the man born Horst Simco — as a rapper, as an artist or as a person — what's inarguable is that RiFF RAFF is flat-out fantastic at selling himself.

So it's no surprise that, before Saturday night's show at the Prophet Bar, the lines to see RiFF RAFF wrapped around the Deep Ellum venue in both directions, all the way down to he Central Expressway overpass and around the Good-Latimer Expressway and Main Street intersection.

See, there are a lot of things RiFF RAFF sells — aside, well, from merch, which was noticeably absent at this affair.

There's music, obviously. In the past two years or so that he's been in the public eye, he's released hundreds of tracks and almost just as many accompanying music videos. Few will argue that RiFF RAFF is the best rapper, of course, but it's hard to ignore his eclectic flow and colorful verses, such as this line from “Orion's Belt”: “When it comes to hateful words, I got skin like Rhinoceros/Diamonds on my binder, fourth grade I was immaculate/Reading and writing, arithmetic/My favorite mathematics.”

This volume of work has paid off for him, too, leading to a record deal with Diplo's Mad Decent label and a debut album due to be released on January 28, 2014, featuring guest verses from from Snoop Doog, Drake, Future, Mac Miller, A$AP Rocky and more — according to the artist himself, at least.

Then there's the visuals. RiFF RAFF would stand out in any lineup. He'd stand out in a lineup with Don King, Flava Flav, Boy George and Vanilla Ice. At 6-foot-2, he does have a physique that could've let him play with the Toronto Raptors, but it's his varied cornrows, carefully designed facial hair and assortment of tattoos, which include MTV and BET logos and a Bart Simpson portrait, that really sets him apart.

He's come under scrutiny for his appearance, sure, with accusations of making a mockery of hip-hop and black culture. But RiFF RAFF's remained adamant: He is, in fact, “a real boy” and not just creating a facade for his rap career.

Point is, RiFF RAFF hasn't gotten this far as a salesman without making some smart moves. And Saturday night was no different.

After entering the stage by himself following little to no fanfare aside from a quick hello from Houston legend and guest DJ OG Ron C, RiFF RAFF jumped right into his set, opening with “Raiders Vs. Hawks.” But after only a few songs, he was joined on stage by a mob of folks — some of Dallas' favorites among them.

During the performance of “Deion Sandals,” and after shouting out Dallas Cowboys Hall of Famer Deion Sanders and SMU Mustangs wide receiver Deion Sanders Jr., RiFF RAFF performed the track with the latter by his side. Just the first of many guests, RiFF RAFF also brought out Dallas favorites Treal Lee and Prince Rick to perform the classic banger “Throwed Off.” As if the energy in the room couldn't've peaked any more in that moment, RiFF RAFF then popped a bottle of champagne for the crowd and sprayed them with it.

It was a smart move on RiFF RAFF's part to celebrate Dallas. Yes, the rapper came out with high energy, but there were still regular lulls in the crowd's energy during his hour-long set. As celebrated as RiFF RAFF is, his deep catalog of songs hasn't necessarily produced any hits that transcend a large audience. The closest of which has been “Dolce & Gabbana,” the lead single from his upcoming THE NEON iCON debut.

Still, his most notable song is “Cuz My Gear” featuring Chief Keef, which New York Times music writer Jon Caramanica voted one of his top 10 songs of 2012. And, as he's been known to do, RiFF performed his portion of the track as the crowd worked through the infectious chorus on their own and geared up for Chief Keef's verse, at which point RiFF slipped off stage and quietly ended the show before returning after a break to greet the fans who'd purchased VIP tickets to the affair.

In the end, it was clear that RiFF RAFF delivered a strong product. But the aid he brought along did a lot of the heavy lifting — much to the benefit of the crowd, who at times seemed more interested in taking in the spectacle that is RiFF RAFF than in the music itself.

(Full disclosure: Yes, we at Central Track co-presented this show.) 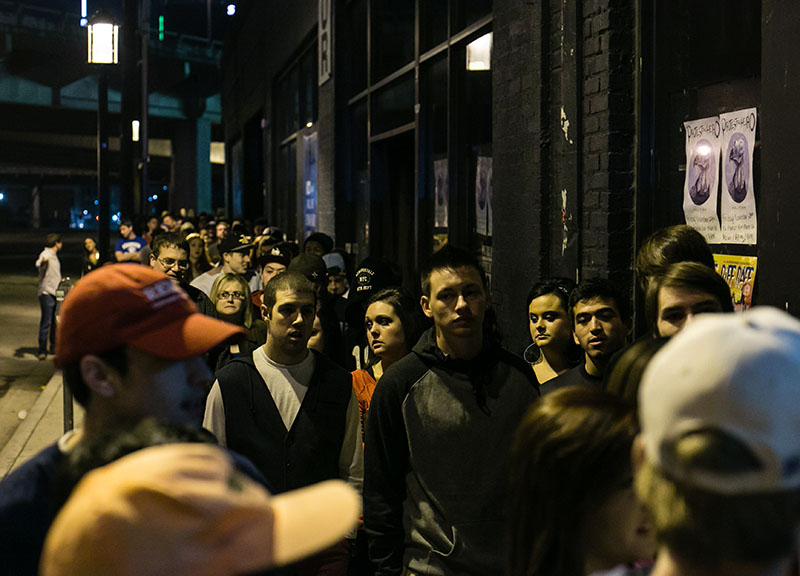 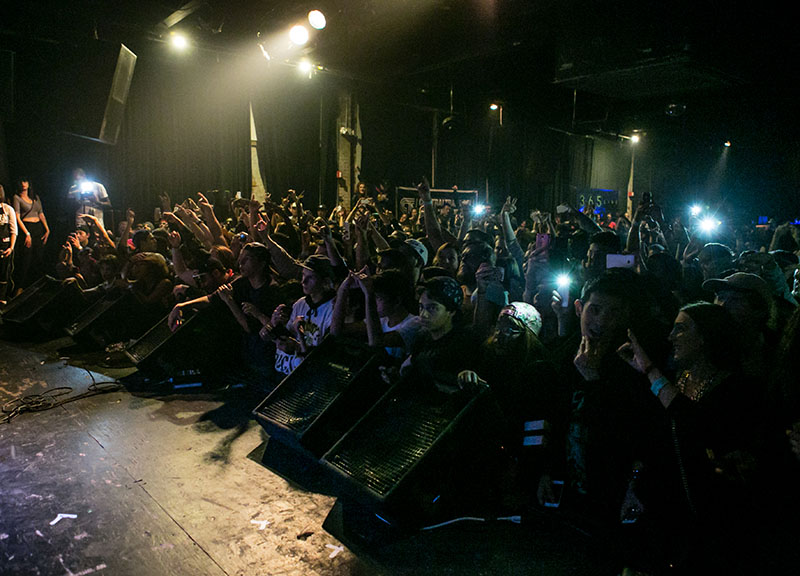 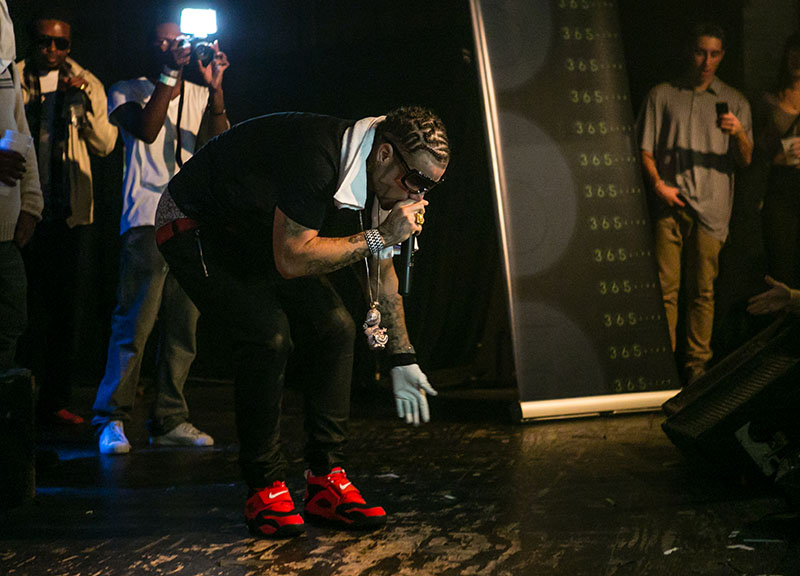 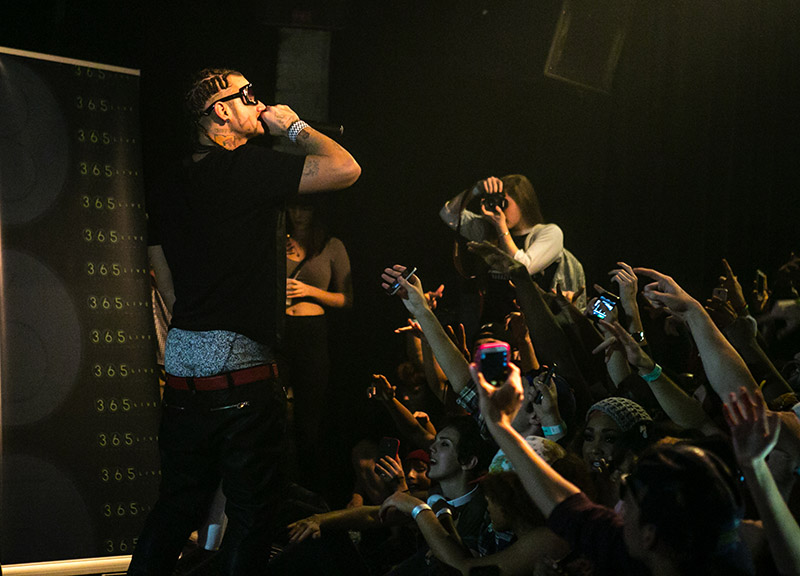 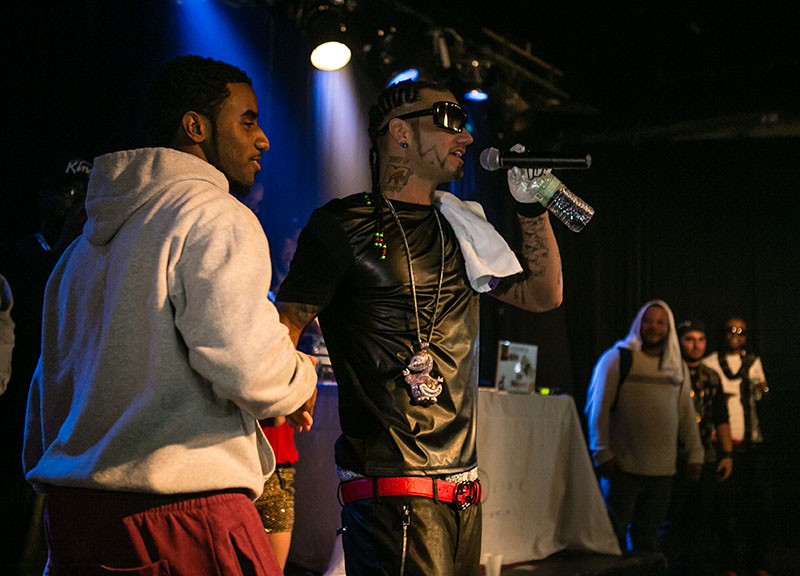 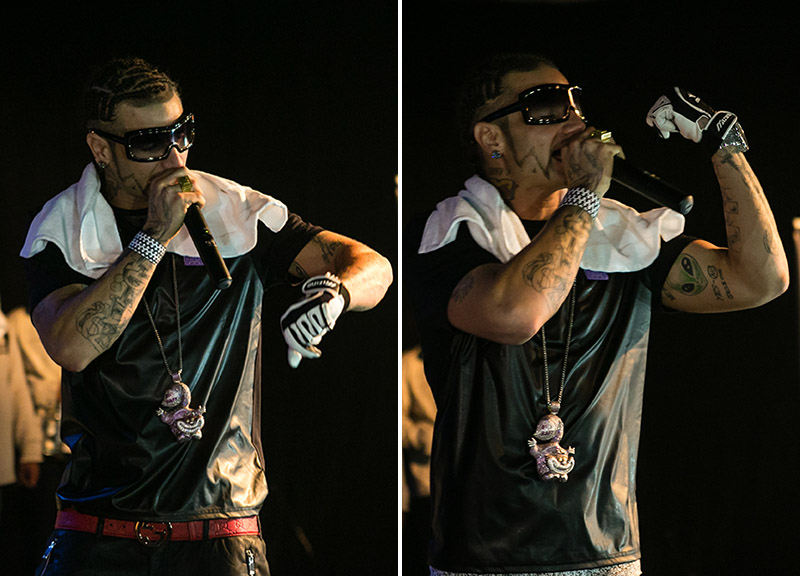 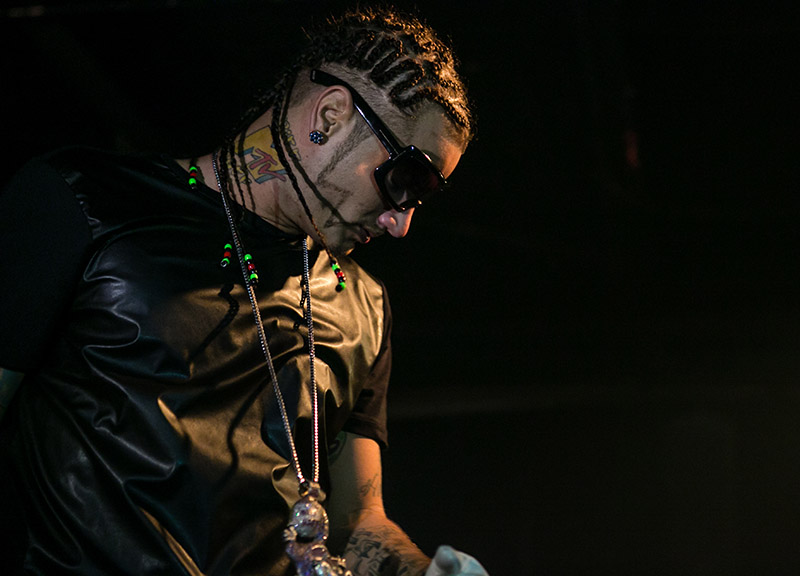 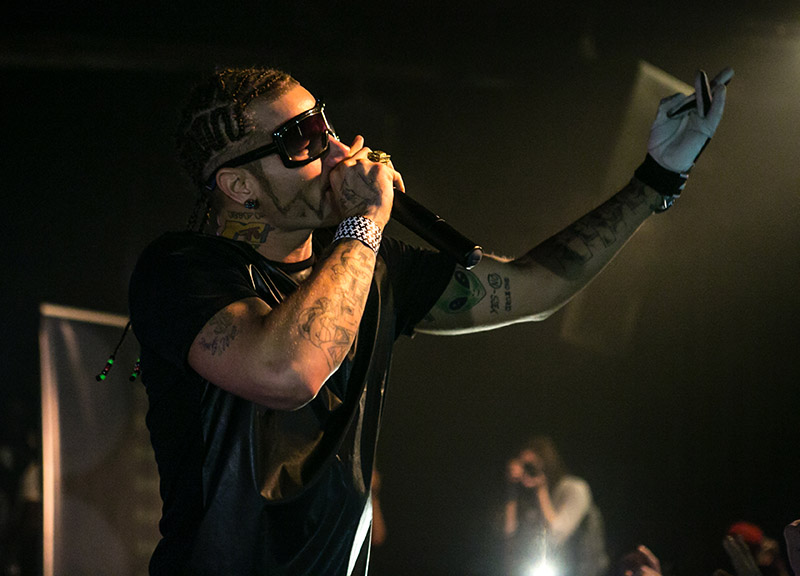 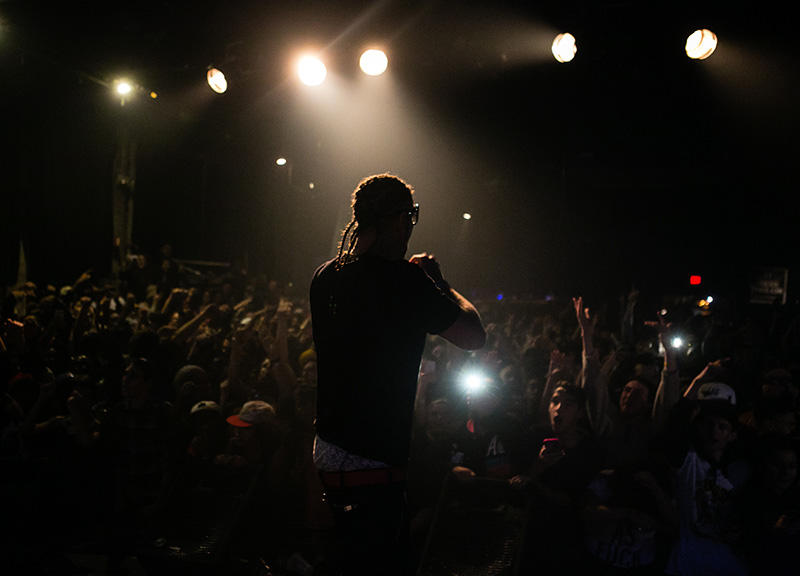 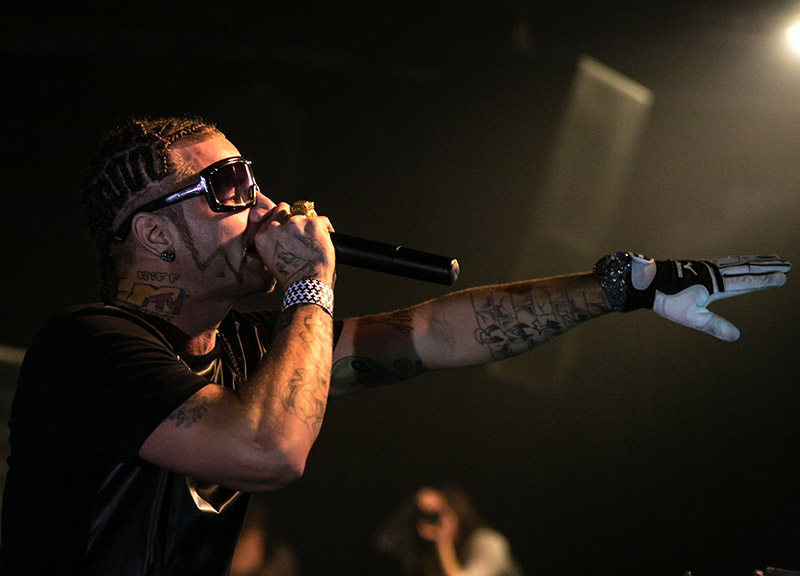 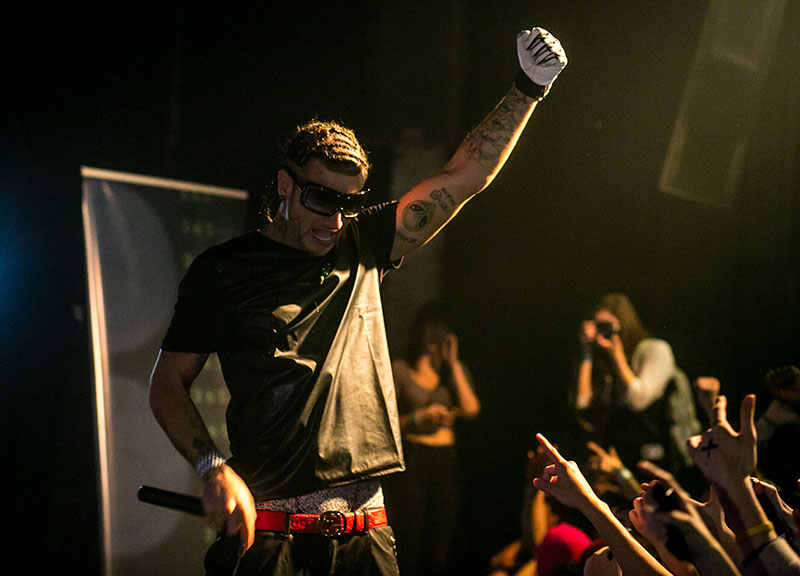 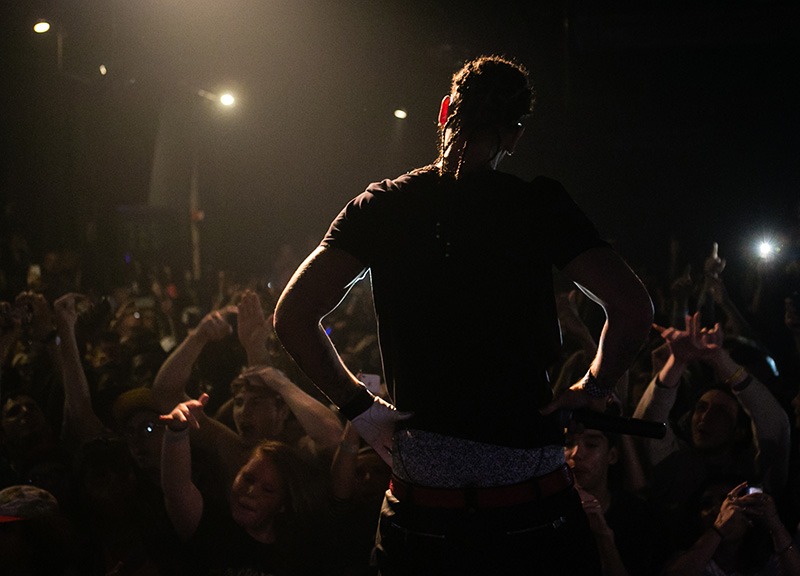 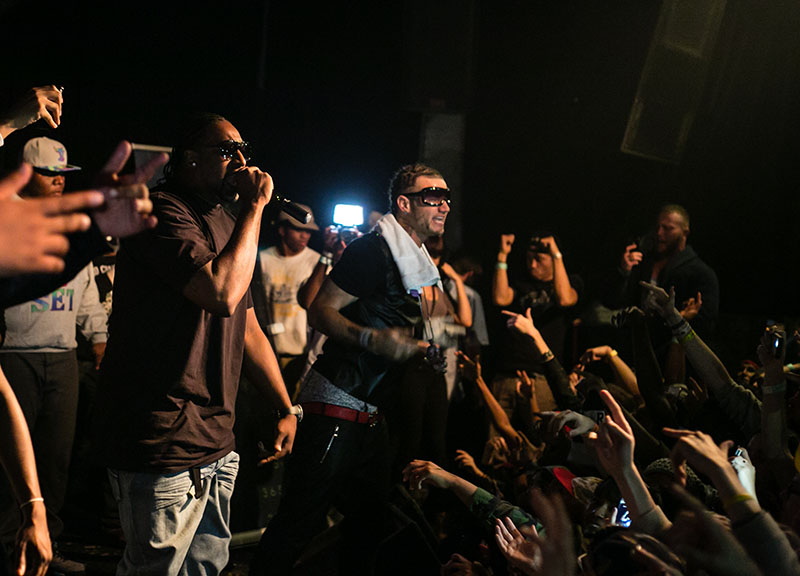 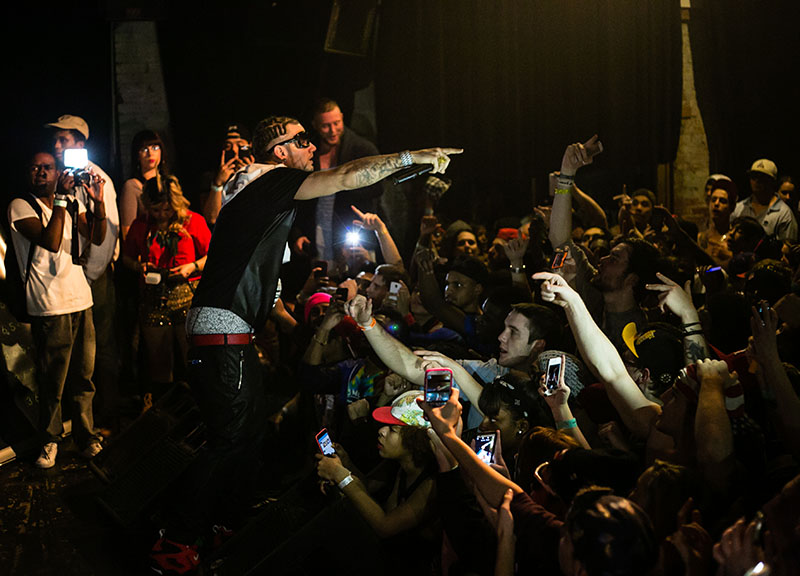 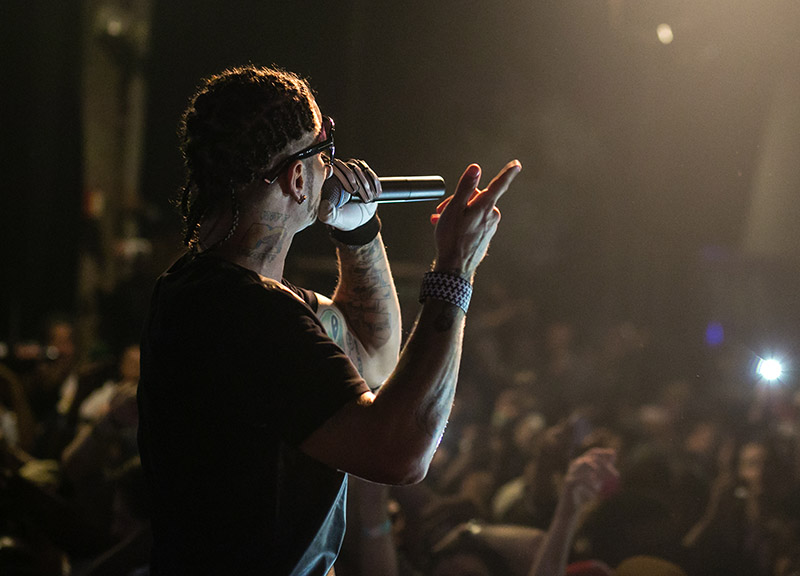 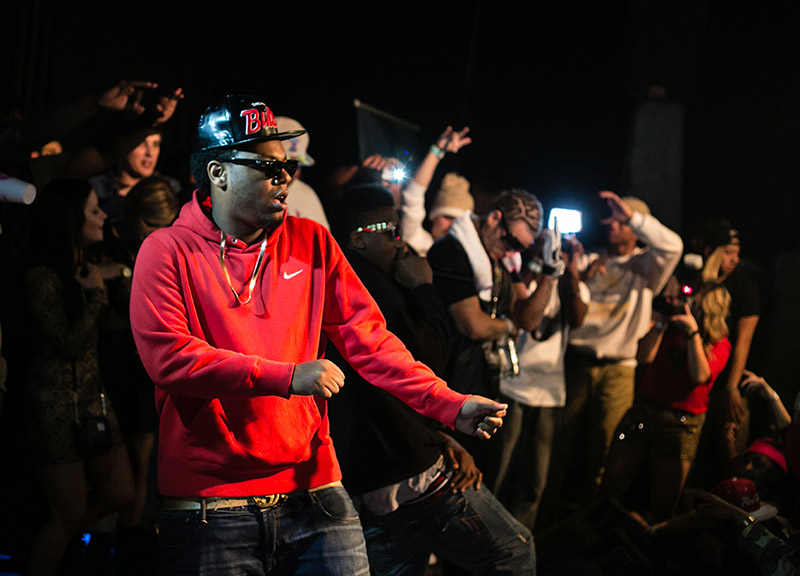 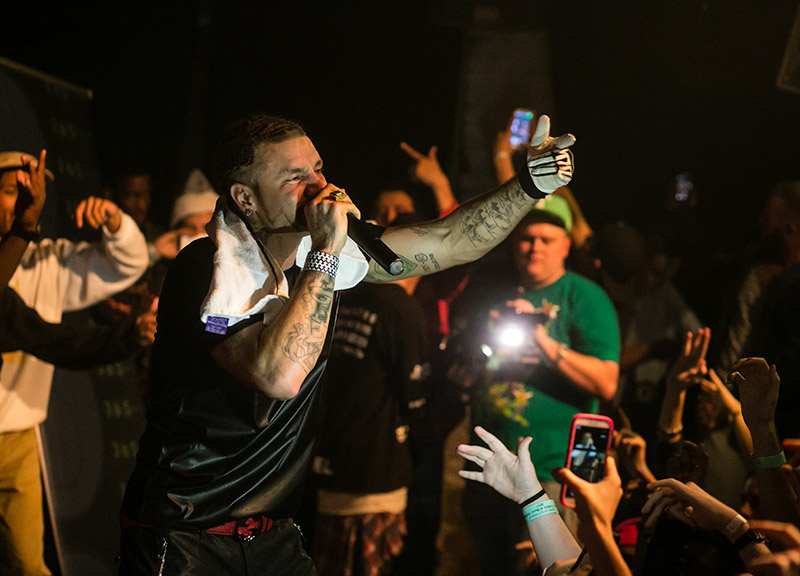 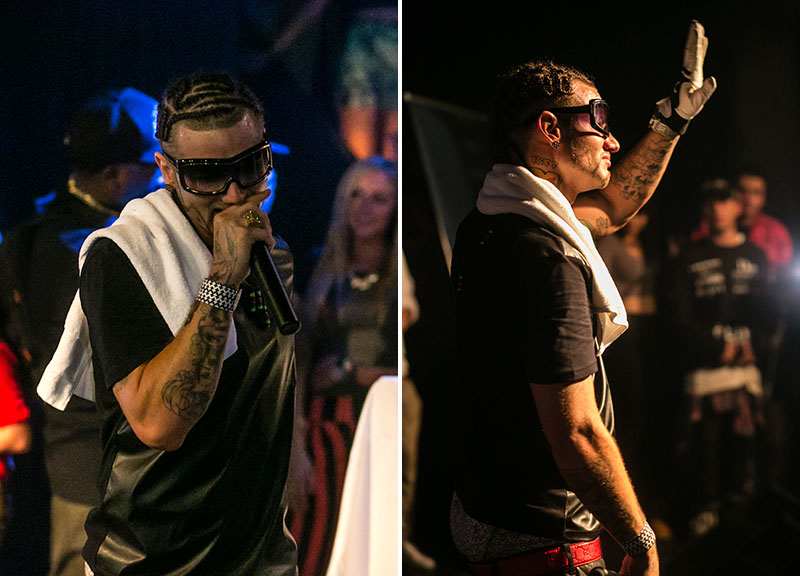