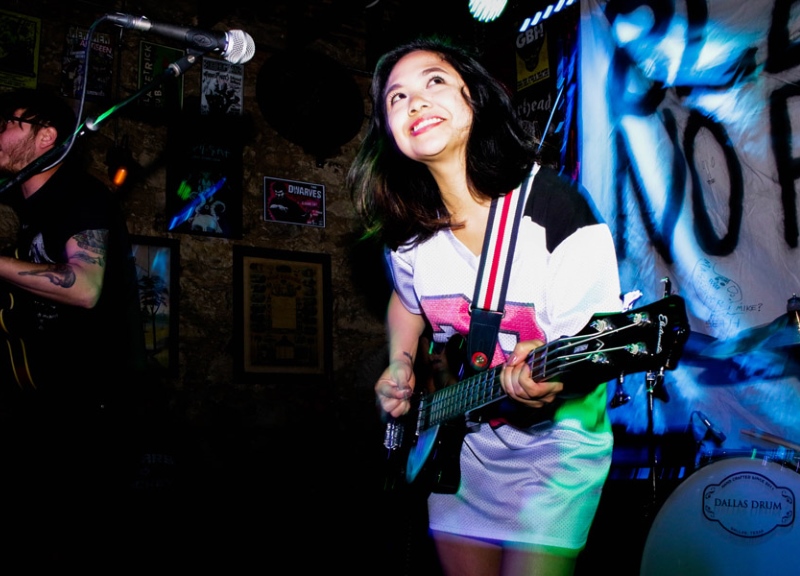 After Three Years Away, Bleached Brought The Party Back To Three Links.

After three long years away, Los Angeles pop-punk darlings, Bleached finally returned to North Texas — Deep Ellum, to be exact — for a night of hazy, oh-so-catchy tunes that perfectly cut the swath between ’90s mall culture and late ’70s punk rock. And with the addition of the ever-so-goofy tourmates L.A.’s No Parents and Dallas’ own Sealion, the bill was a perfect match of sensibilities, to be sure.

The ladies and gents that showed up to this thing perfectly mirrored the bands with the ripped jeans, trendy tees and accessories they were sporting. That is to say, everyone at Three Links last night was so clearly on the same page. For No Parents, it was a welcome change of pace from the band’s last swim through town, where they played to three people at Good Records, when even that trio, joked the band, was really only there to shop.

On the heels of Bleached’s new Welcome the Worms LP, its second album for Dead Oceans which was just released this past Friday, the house was packed — and into it from the jump.

Making the most of it was No Parents, which, barely a week into the tour, was already pulling out all its tricks, busting open a bag of masks at one point, and at another taking a brief break in an otherwise very Descendents-sounding tune to cut to a spot-on interlude of Lenny Kravitz’s “Fly Away.” These guys are a band that can make you smile, laugh, dance and crowd-surf in equal parts.

At one point, a girl from the audience climbed on stage and prodded the crowd to start stage-diving just before jumping off herself. Later on during the headliner’s set, No Parents’s Zoe Reign would return to the stage to take over drum duties so that Bleached’s drummer Nick Pillot and bass player Micayla Grace could do a little crowd-surfing of their own.

Before that, though, Bleached brought the rock it’s known for — seriously, they told us they were on their third snare drum in three nights because Pillot keeps breaking them. Fans were clearly more into the band’s older material, five- and six-year-old singles as well as tunes from 2013’s Ride Your Heart. That’s, perhaps, to be expected given that Welcome the Worms is not even a week old yet.

Even bigger players were covers from key influences like The Misfits and Ramones that gave the older members of the crowd a chance to step forward and dance alongside the younger folks that had been getting sweaty all night. There was a little something for everyone last night — but there was no encore. In this case, Bleached charged straight through to the end, wrapping up with the popular “Dead in Your Head,” giving the people one last chance to dance, 30 minutes before the clock struck midnight.

Still, sisters Jennifer and Jessie Clavin gave Dallas exactly what it needed to last night. Without being too flashy or over-the-top, the siblings and the rest of the Bleached crew kept on keepin’ on, providing that brief 45-minutes of joy to wind down a long hump day, a welcome distraction before we all headed back to the grind. 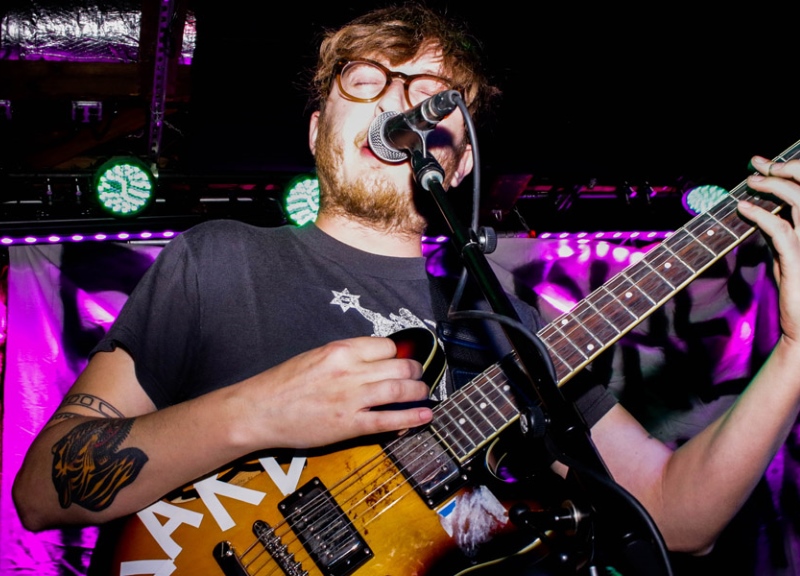 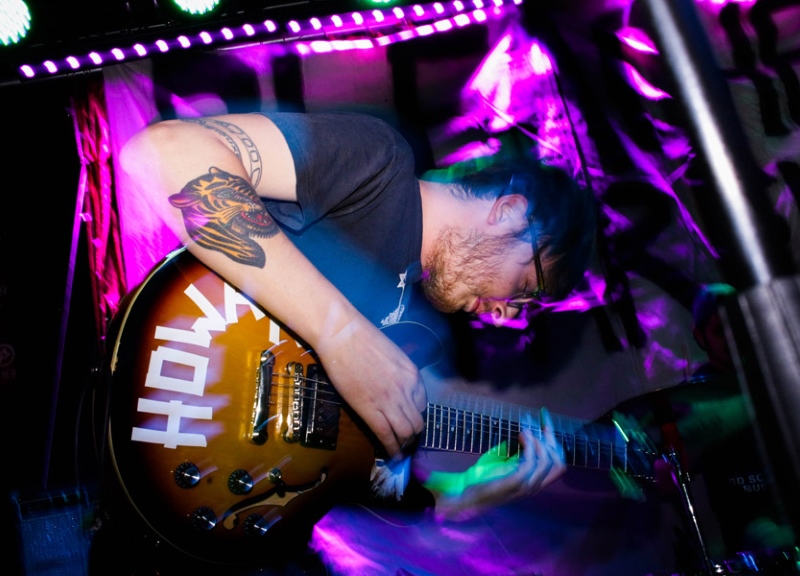 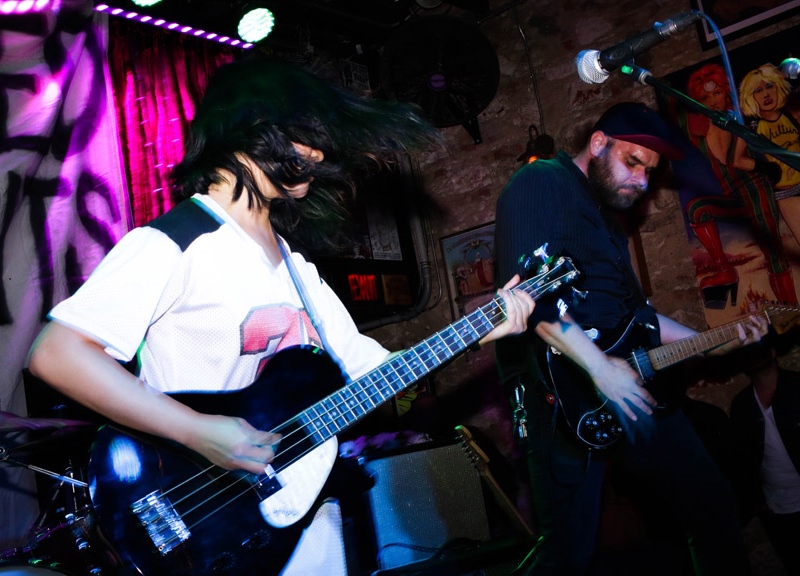 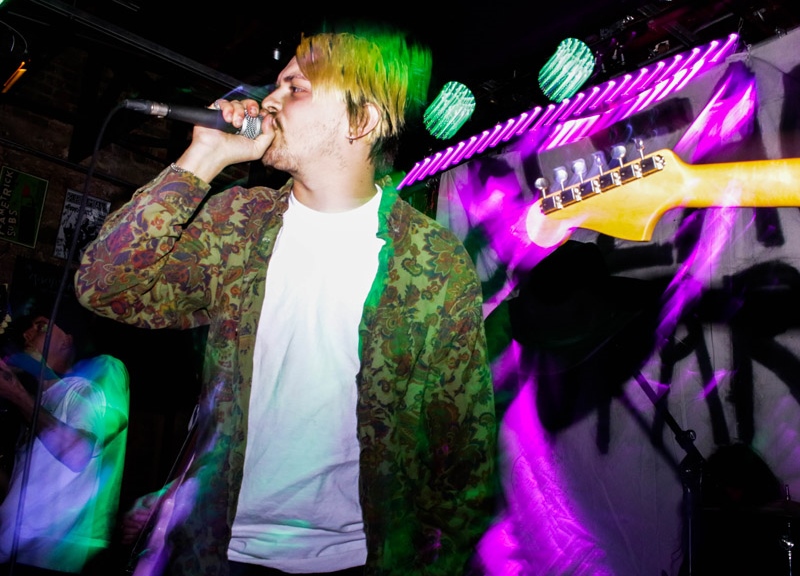 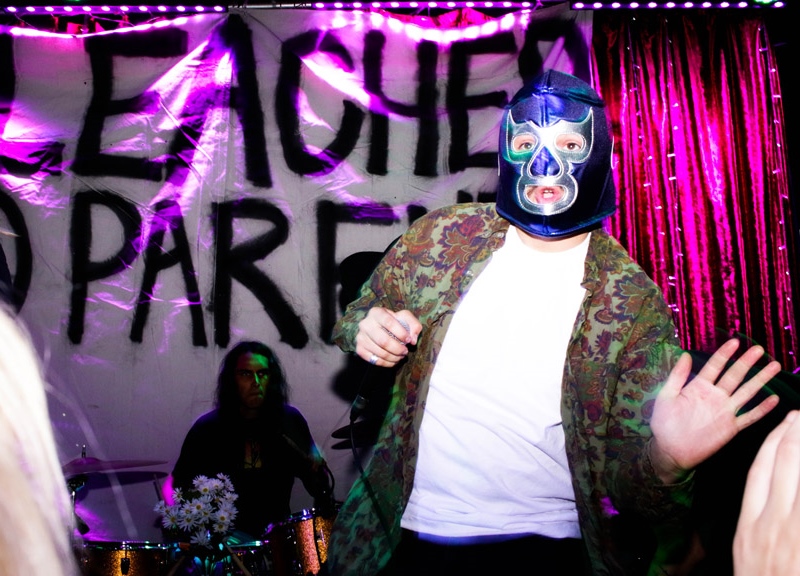 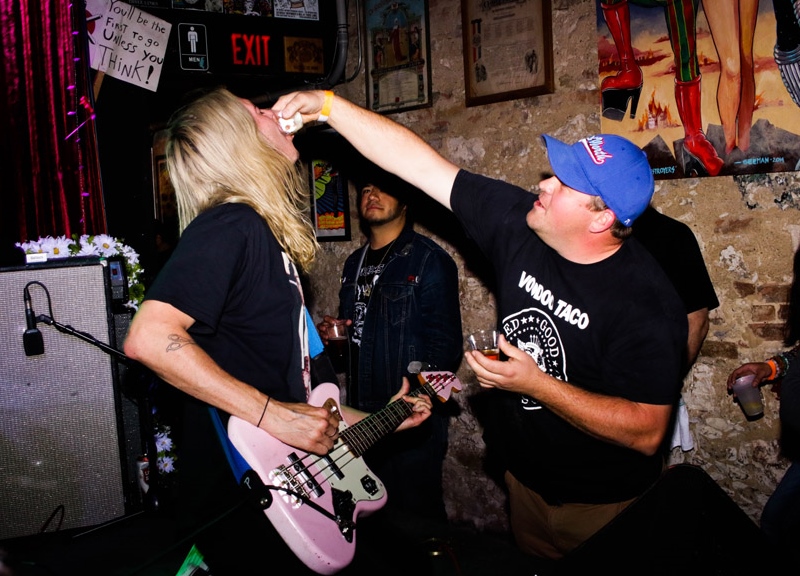 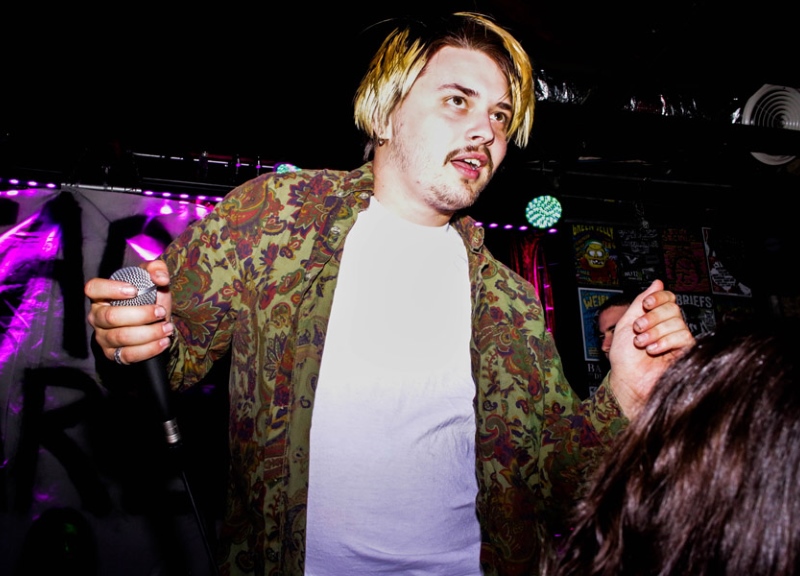 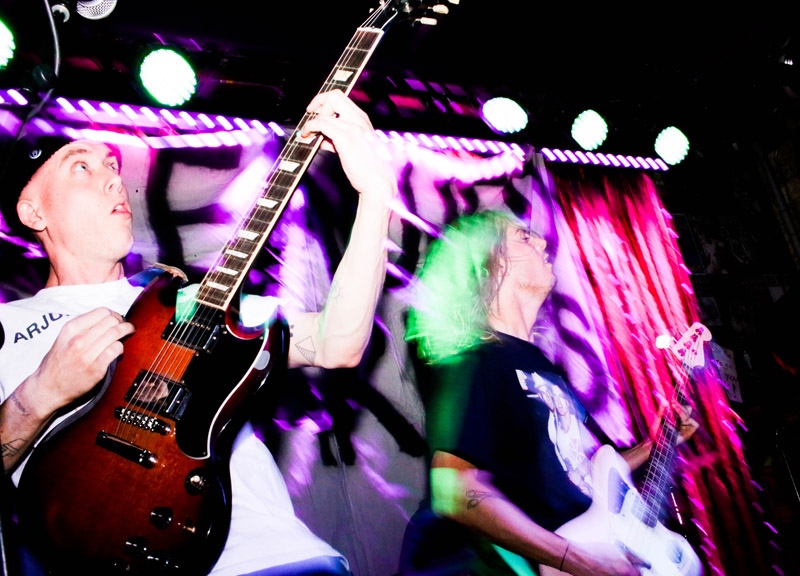 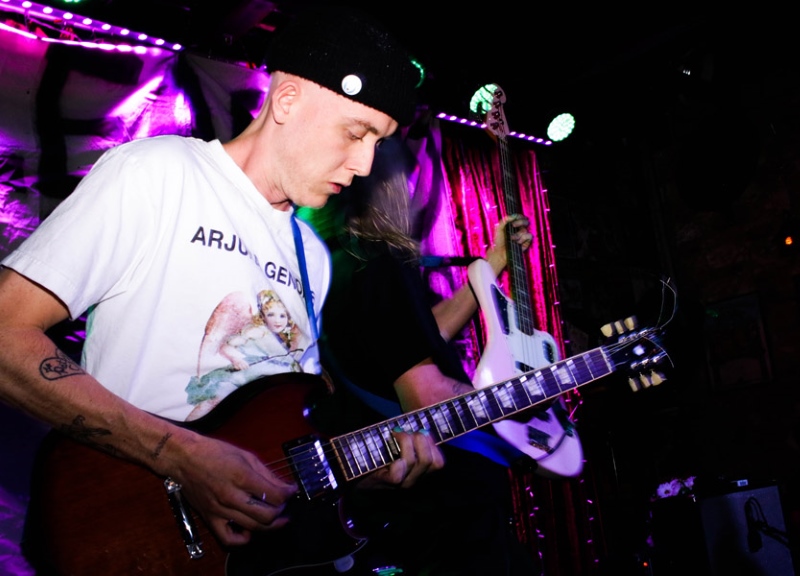 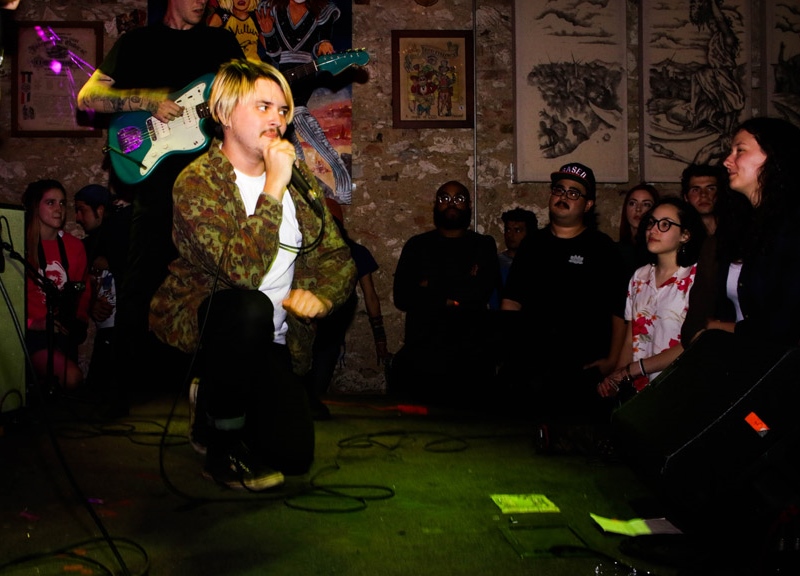 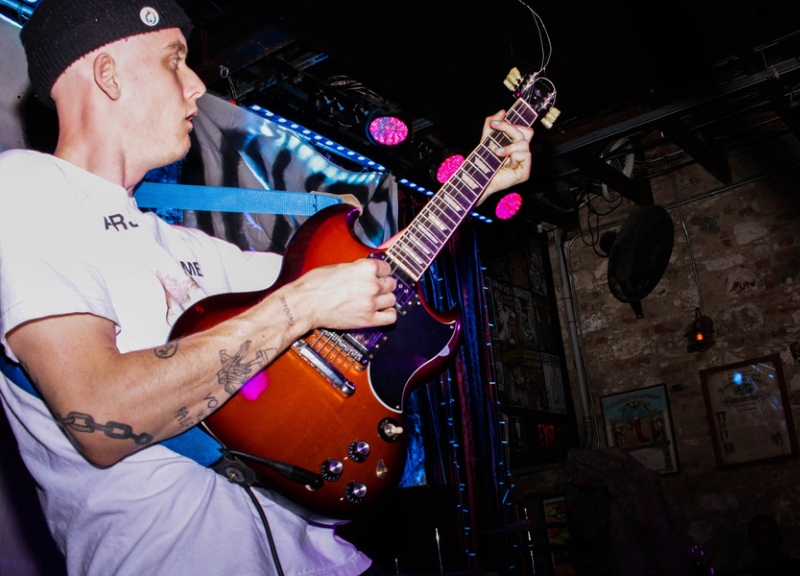 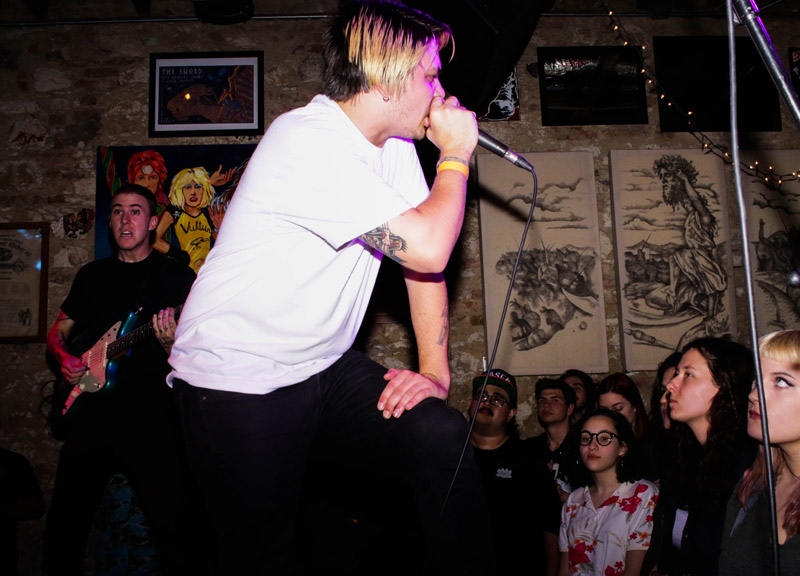 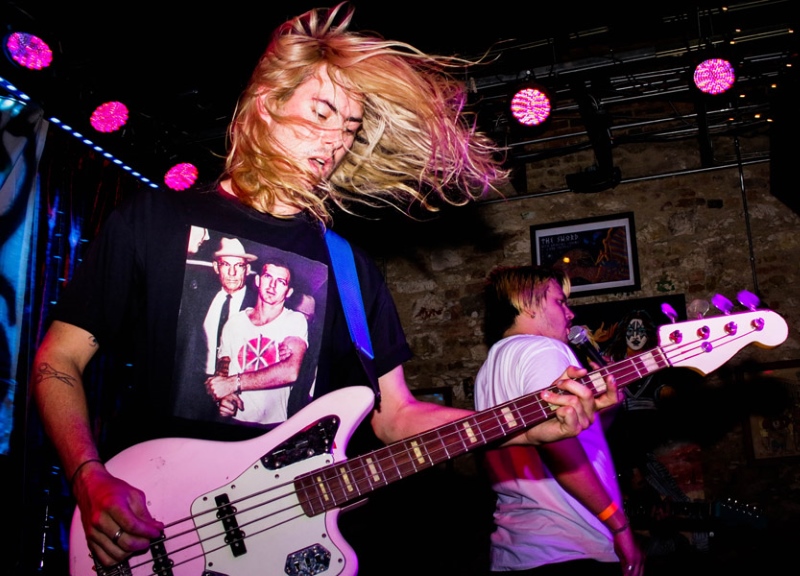 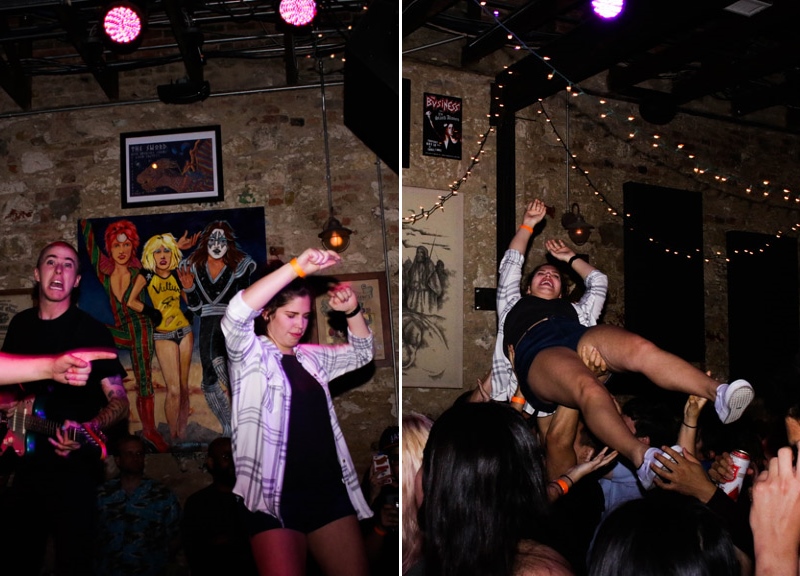 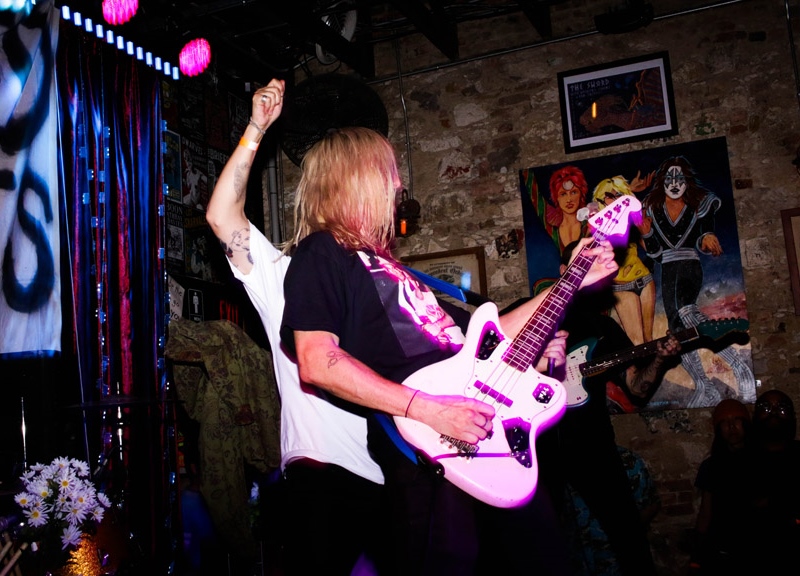 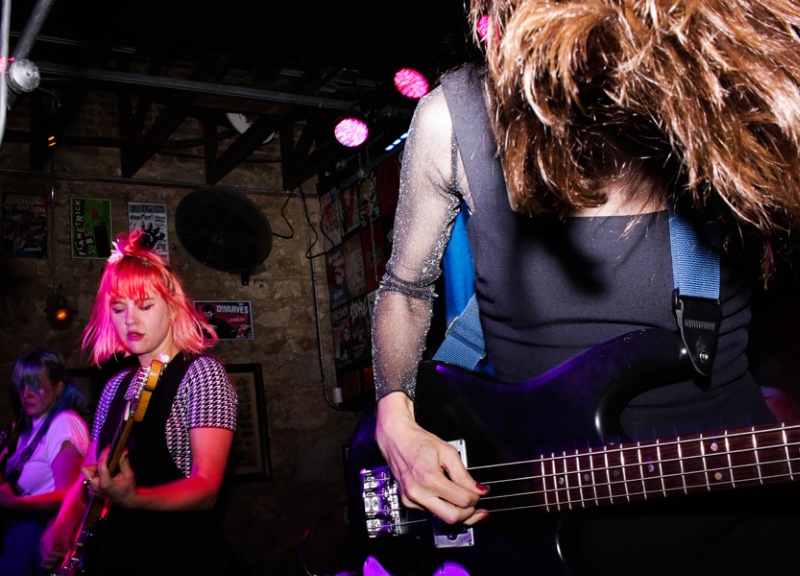 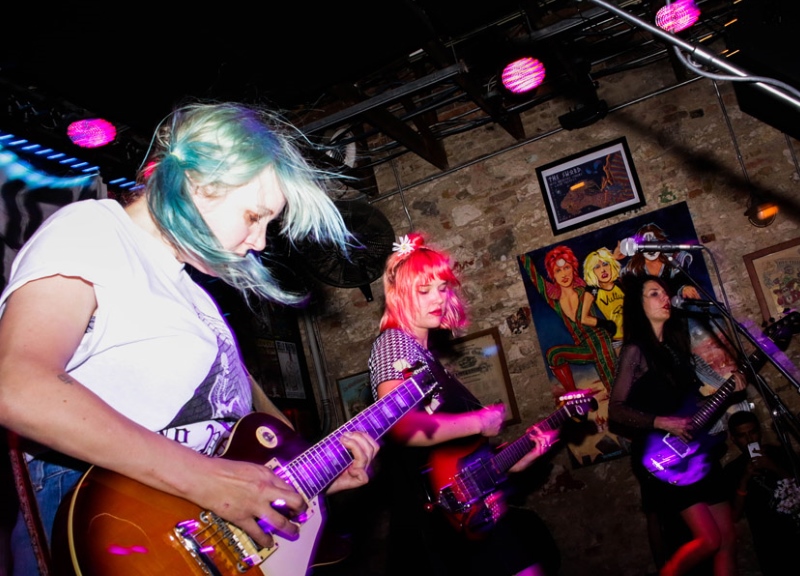 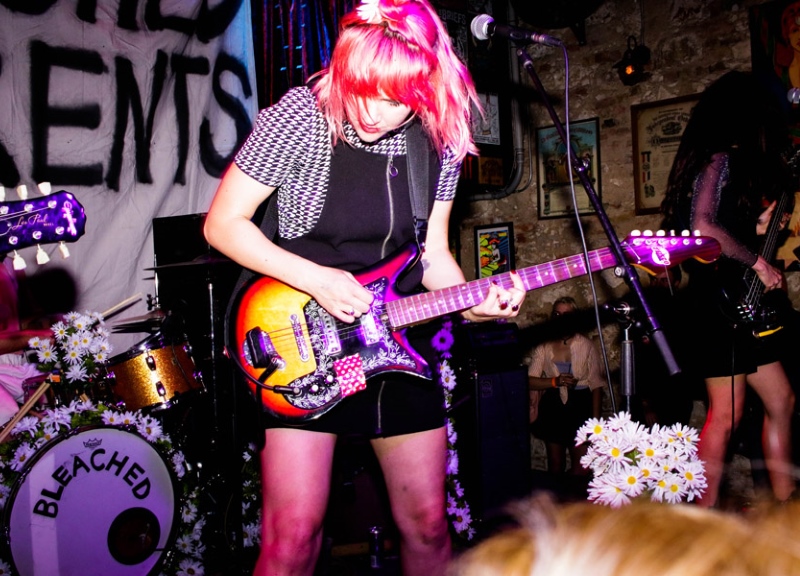 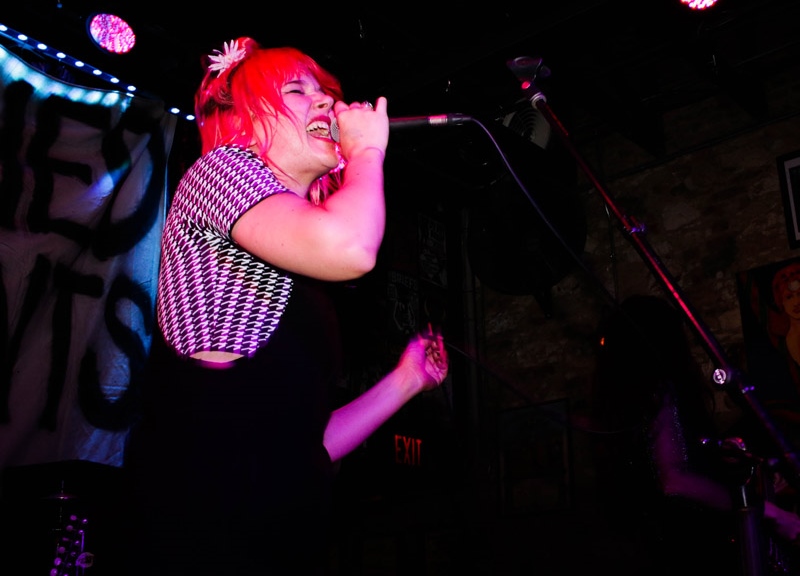 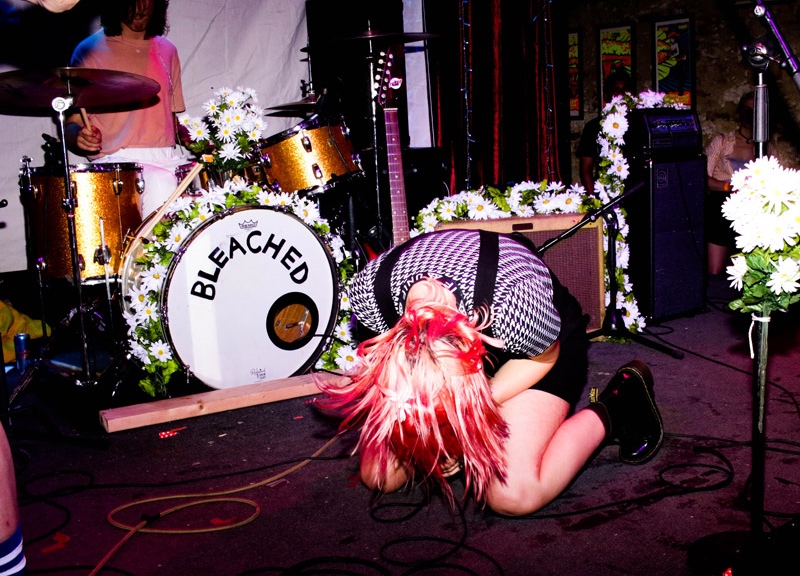 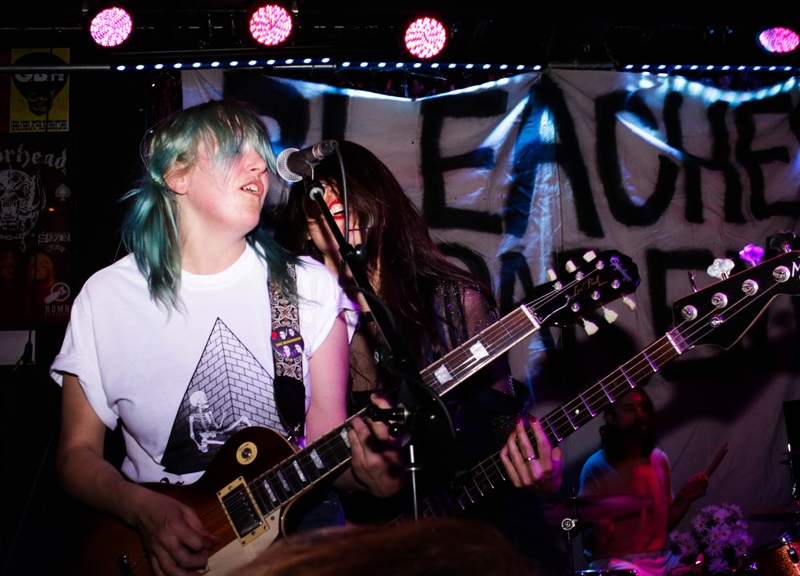 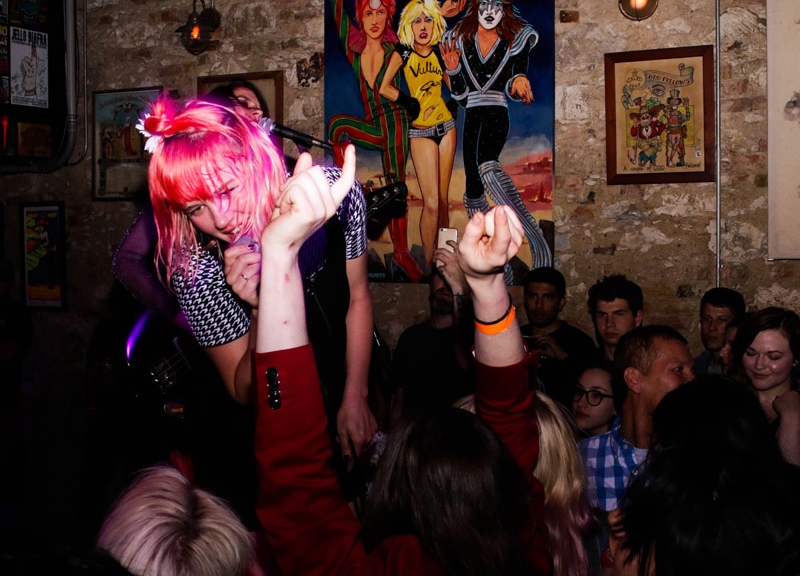 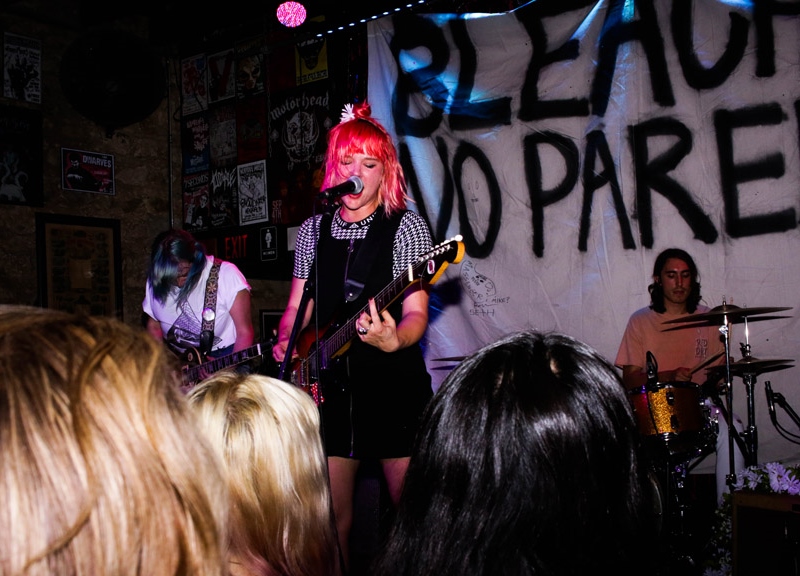 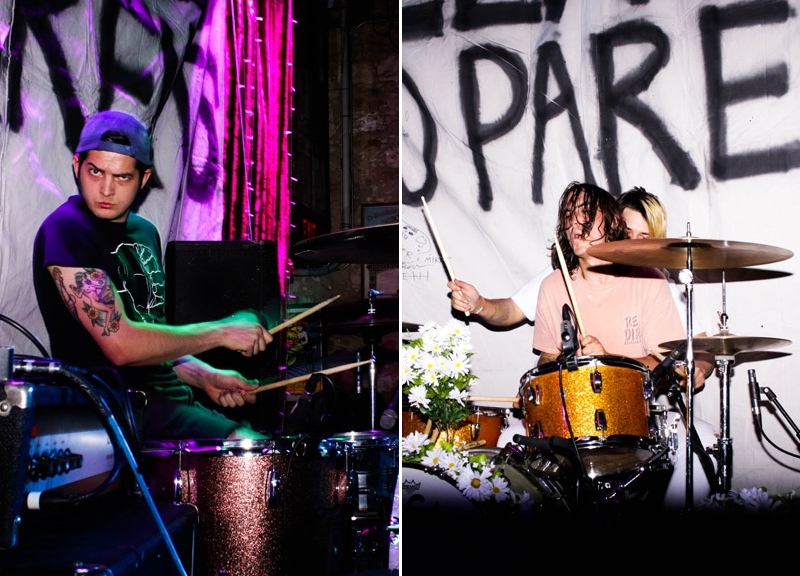 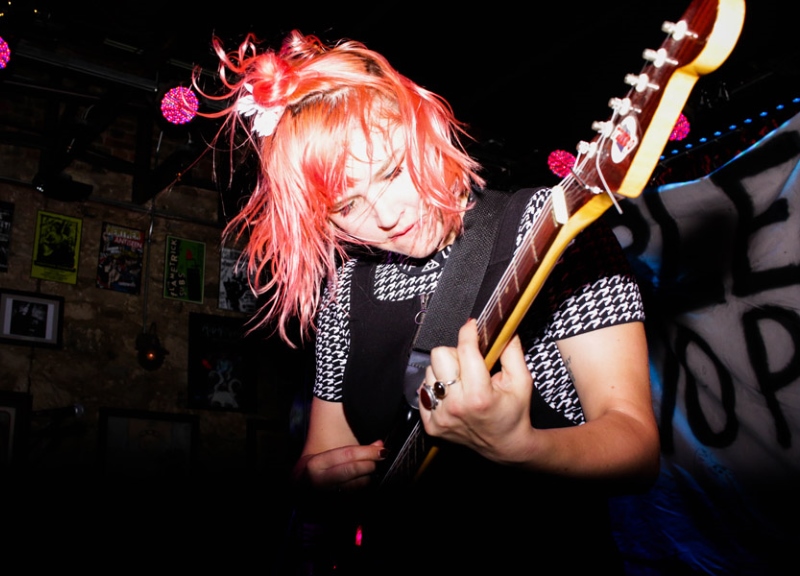 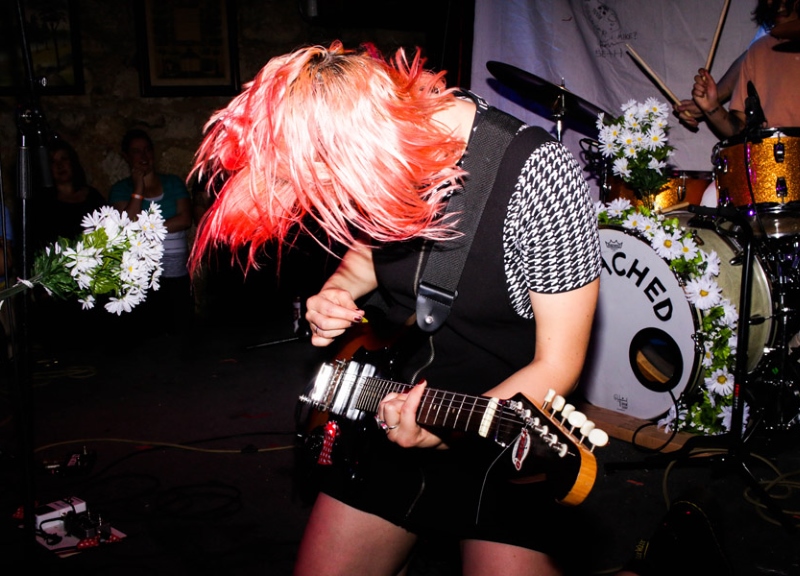 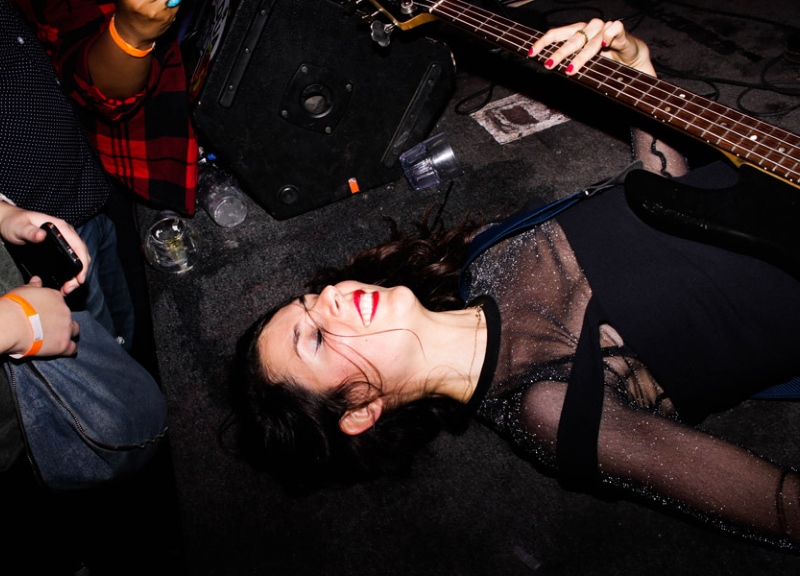 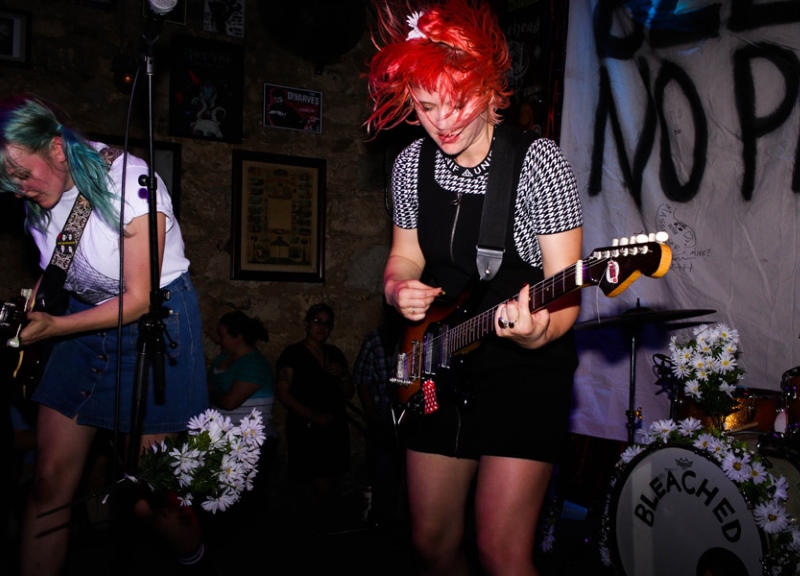