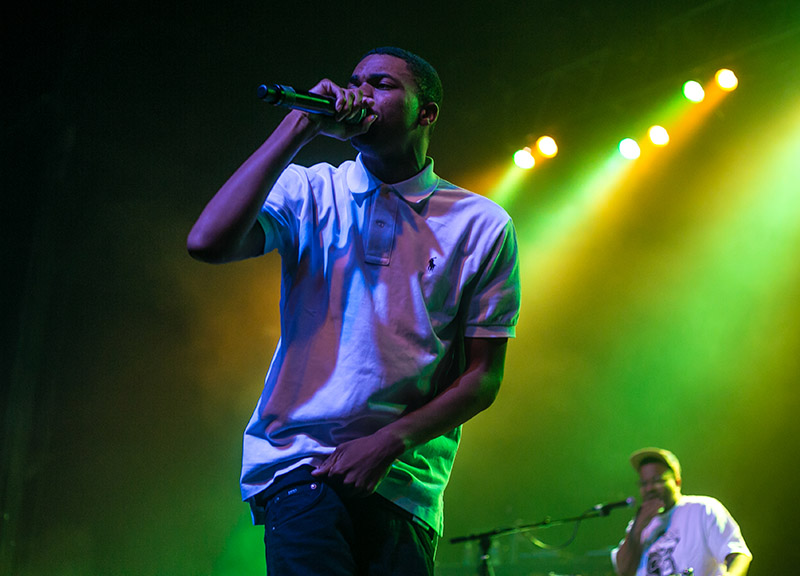 Scenes From Last Night's Mac Miller Show at the Palladium.

Earlier this week, when Mac Miller told us that his Space Migration Tour would be a different experience, he wasn't exaggerating.

Sure, portions of Miller's performance at the Palladium Ballroom last night showcased the very same rapper that his audience has come to expect. But, thing is, the majority of the night didn't. Throughout the course of his show, Miller would play a piano and a guitar, backed by a full band lending a soul and jazz influence to his on-record sounds. And that? Well, that's not the Miller that these fans were necessarily ready to see.

But considering how Miller's new album, Watching Movies With The Sound Off, hints at this new direction, maybe they should've been. If there's anything the 21-year-old wants to get across these days, it's that he's not just a rapper. In fact, just this past November, he released an all-out jazz-indebted EP called You under his side Larry Lovestein & The Velvet Revival moniker.

Point is, Miller's far beyond his early Easy Mac days and the time in which he wants nothing more than to rap out some bangers for auditoriums full of his loyal fan base — one, we should note, that has fully supported him till now, considering that WMWTSO officially sold 102,000 copies in its first week, despite the fact that its release came as the third wheel in a week that also saw hip-hop heavyweights Kanye West and J. Cole releasing new albums.

Still, fans had some insight into this show being a little different from its very start. The night's whole bill had been hand-picked by Miller and foreshadowed some of the changes fans could expect to see during the headlining performance. Vince Staples, who Miller produces under a Larry Fisherman moniker, opened. The Internet duo of Odd Future affiliates Syd Tha Kyd and Matt Martians came next. And Chicago's Chance The Rapper, whose mixtape Acid Rap has received critical acclaim across the board, played main support, performing for an audience seemingly completely different from Miller's as he did.

But, Chance the Rapper aside, these openers didn't get much love. When the show kicked off right at 8 p.m., a majority of the crowd was still working its way along the massive line running down Lamar Street and up to the Palladium Ballroom. And, with what seemed like barely a 15-minute effort, Vince Staples was in and out before fans could've even begun to warm up to him. Sadly, The Internet's neo-soul, funk sound too was all but lost on this crowd, as most fans simply meandered about the room, growing restless with the group's jazzy, improvisational tracks.

Chance The Rapper, however, was welcomed with cheers fitting of a headliner — and deservedly so. The crowd rapped along with Acid Rap tracks “Pusha Man,” “Everybody's Something,” “NaNa” and “Juice” during his first-ever set in Dallas. He's quite the crowd-pleaser, too: Perhaps noticing the reactions to the earlier performers, Chance mixed a little dancing in with his endearing, signature “Na na na na” ad lib, making damn sure that his slower, soulful tracks weren't lost on this crowd. He took his efforts further by continuously asking the crowd to “turn up,” by closing out his set with a cover of Migos and Drake's “Versace” track, and, perhaps most placating of all, by offering up a quick rendition of Baauer's “Harlem Shake.”

And Miller's set would keep the energy up — at least at its start. It began as a standard affair, with the rapper opening with his more popular tracks, “Loud,” “Smile Back” and “Lucky Ass Bitch,” before moving into the new material like “Red Dot Music,” “Matches” and “O.K.”

Then came the jazzy stuff, though. And, starting with the Flying Lotus-produced “SDS,” what was lost on The Internet's crowd was swooned to by Miller's.

Well, for a moment.

Initially, the crowd was receptive to the new experience Miller wanted to provide his fans. But as he moved back and forth from playing guitar to singing, the crowd seemed to grow restless. By the time Miller reached “Object In The Mirror,” the last song of his main set, fans were either trying too hard to move rhythmically along with the band or simply looking at each other with dismay.

Even when he returned for an encore, Miller kept up his efforts here. When he walked back out onto his stage, he sat down at a piano, professing that it had always been his dream to perform a solo on the piano during a set.

Eventually, he relented. To close out the set — and only after bargaining with the crowd that it would have to be pure anarchy during these tracks or nothing — Miller performed “Frick Park” from his breakthrough Blue Slide Park LP, along wit the fan favorite, platinum-selling track “Donald Trump.”

End-of-set placation regardless, it's clear that the 21-year-old is looking to move forward and explore music on his own terms, even if he still hasn't completely turned his back on the loyal fan base that have allowed him to be in this position.

Where he goes from here is where things will really start to get interesting. 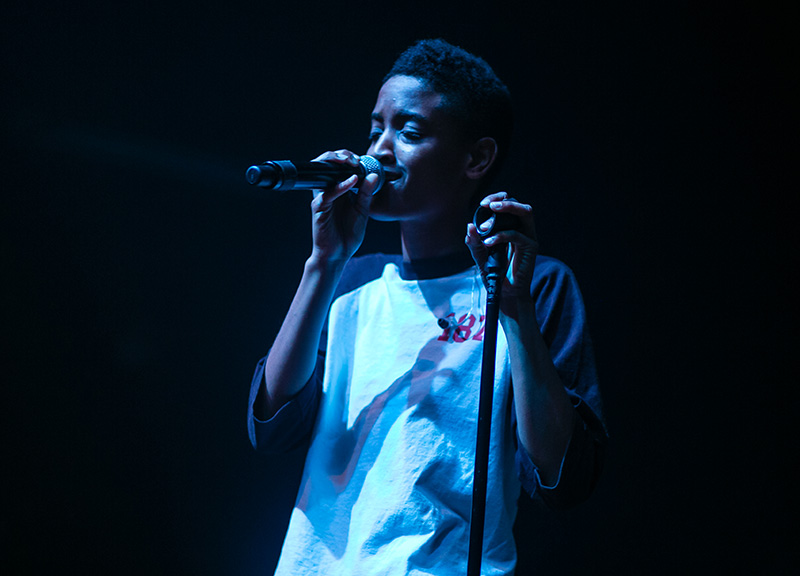 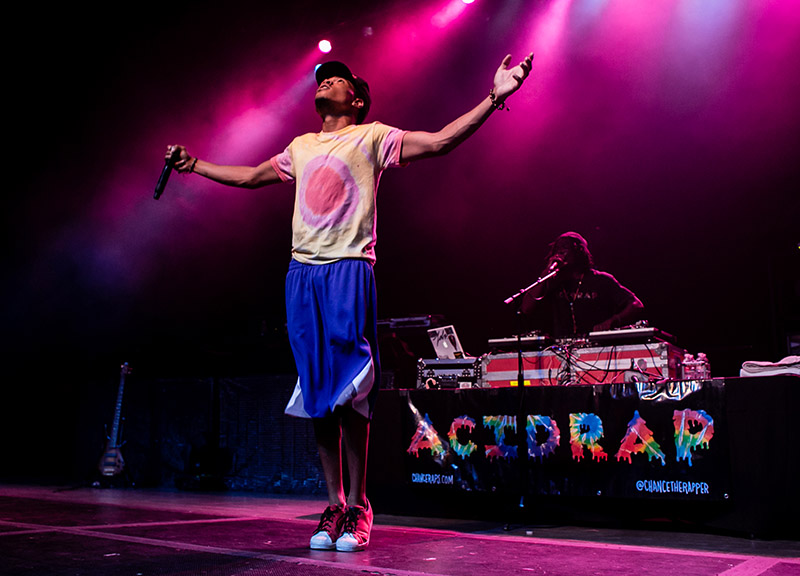 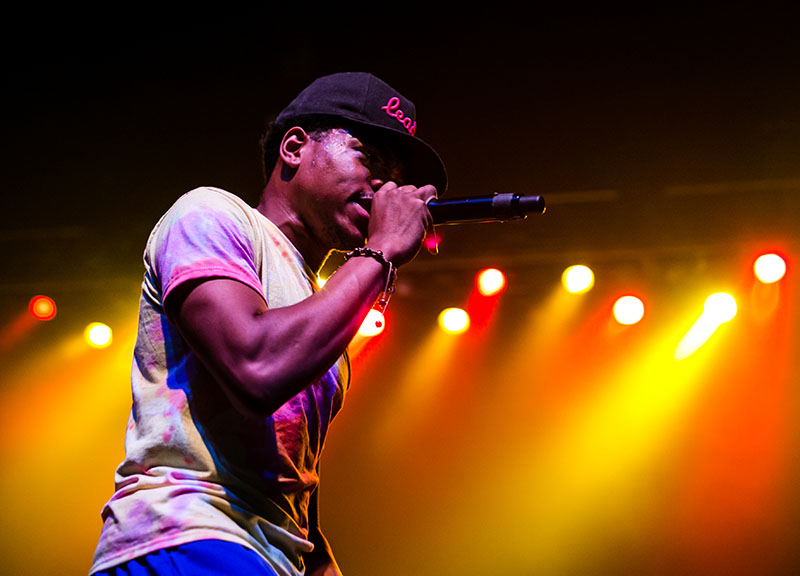 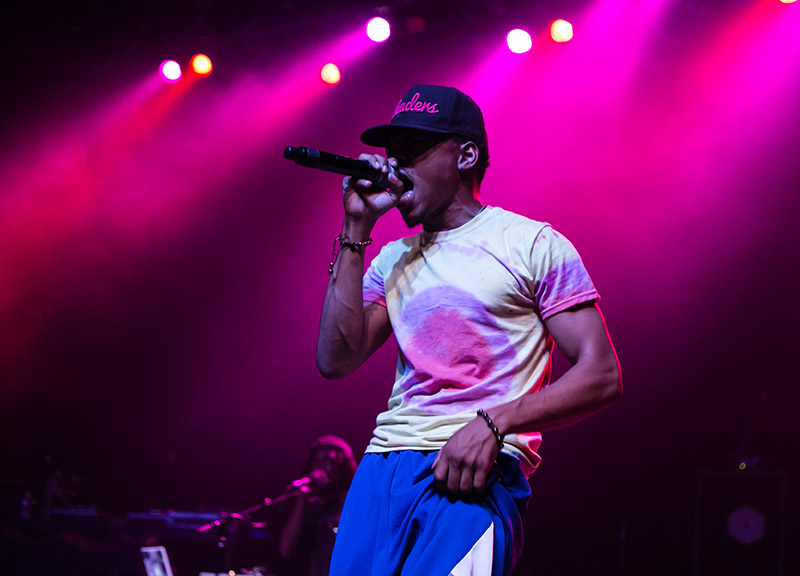 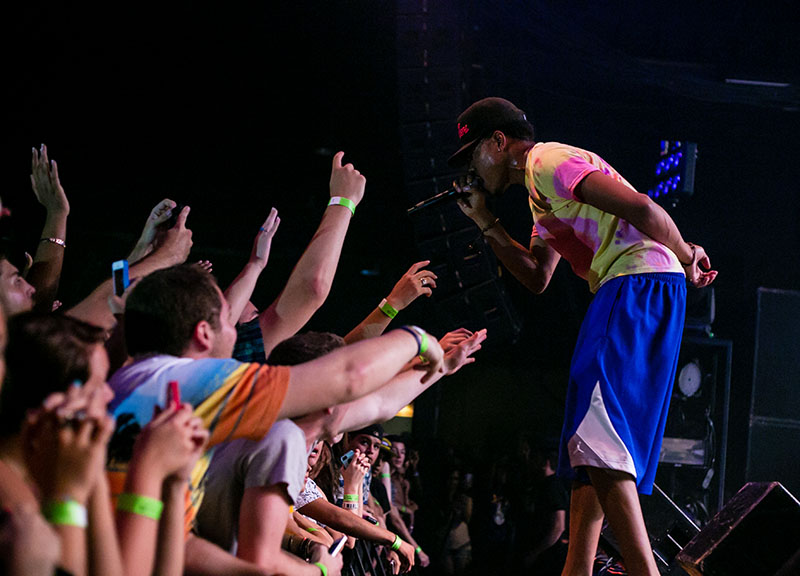 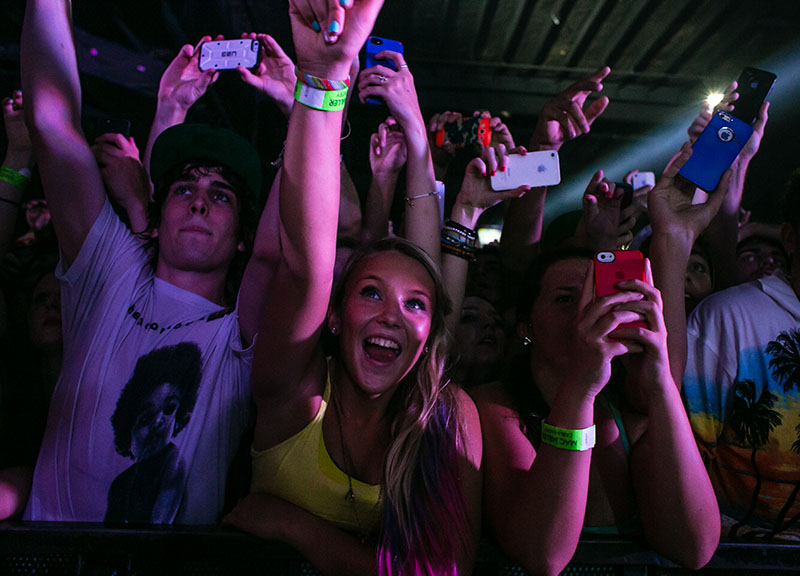 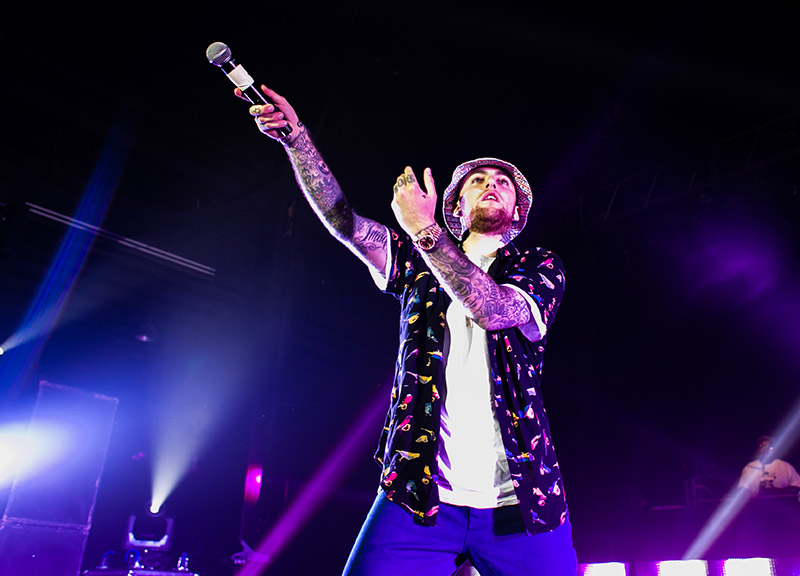 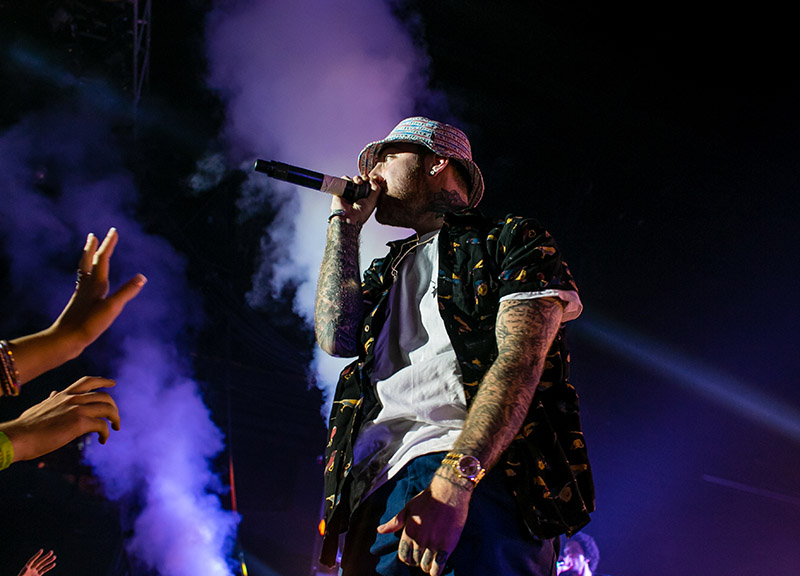 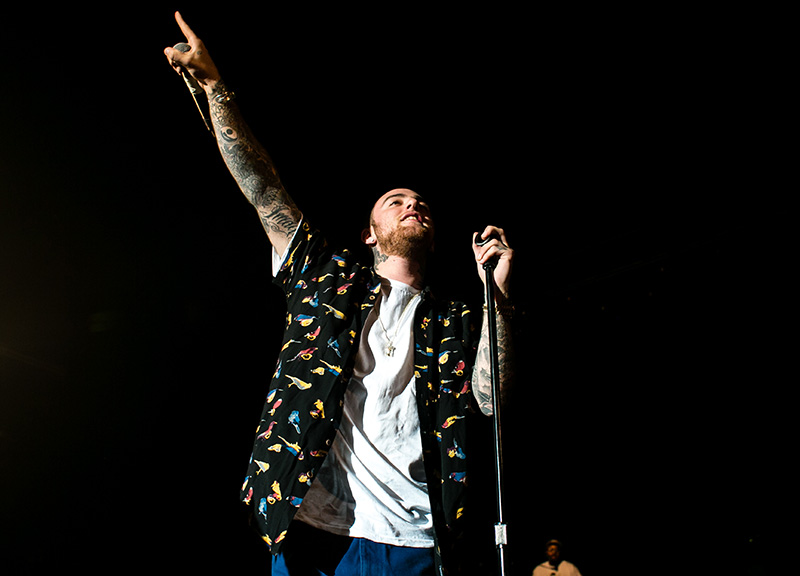 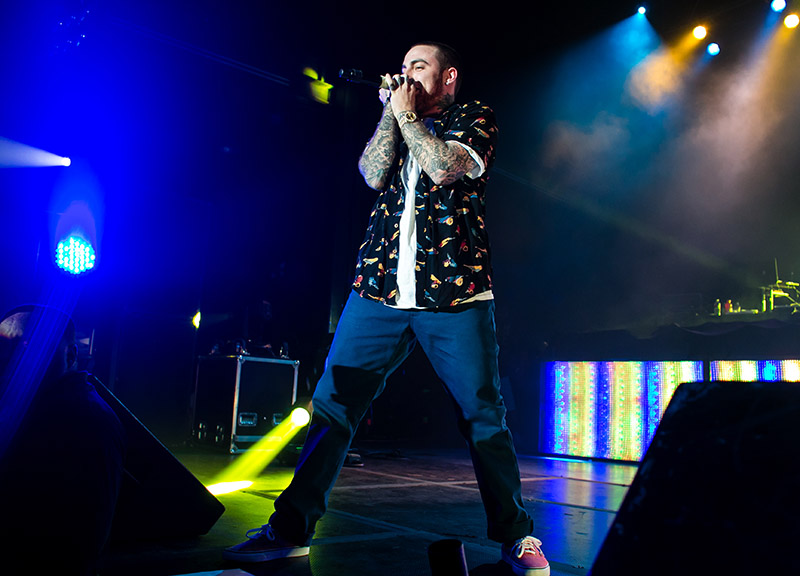 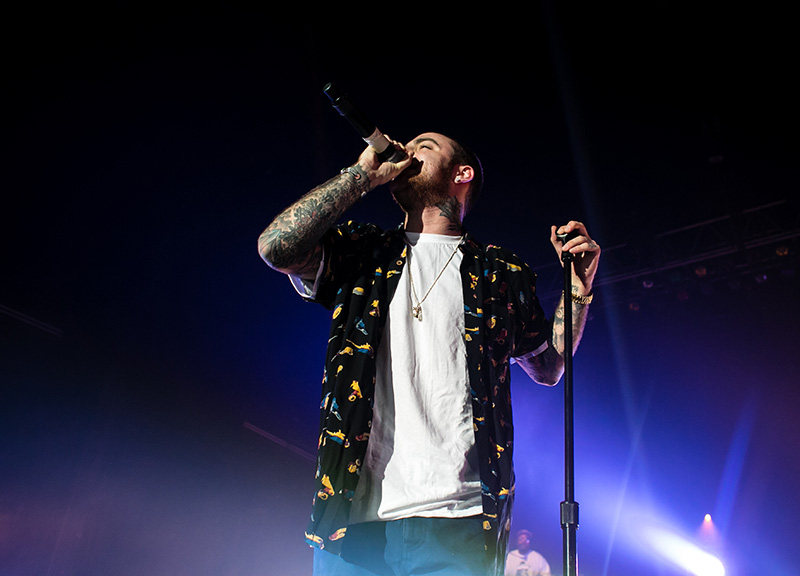 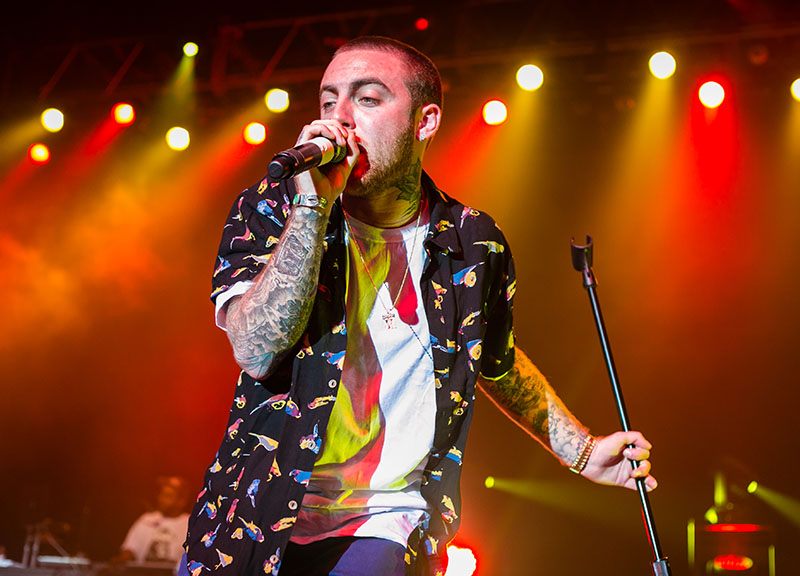 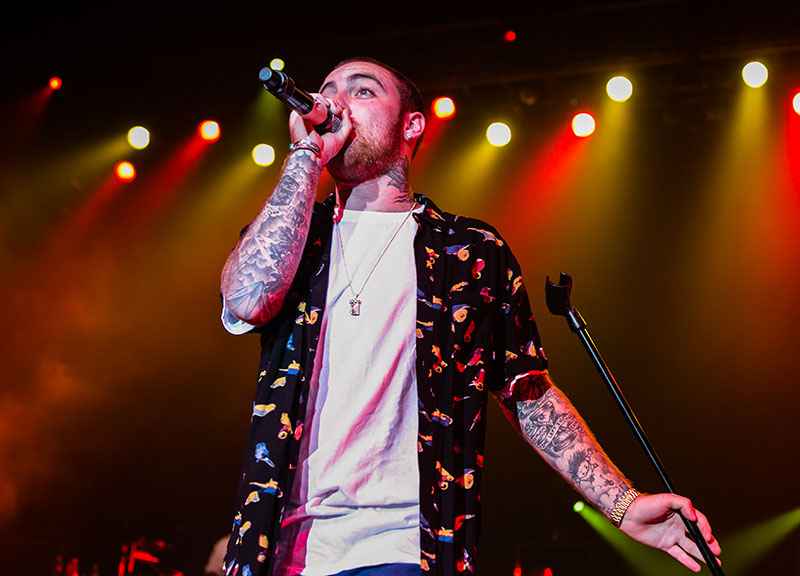 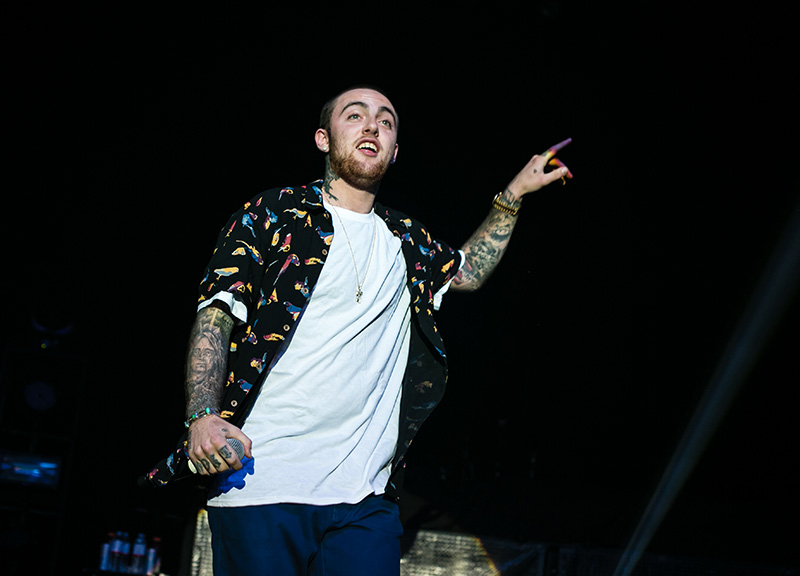 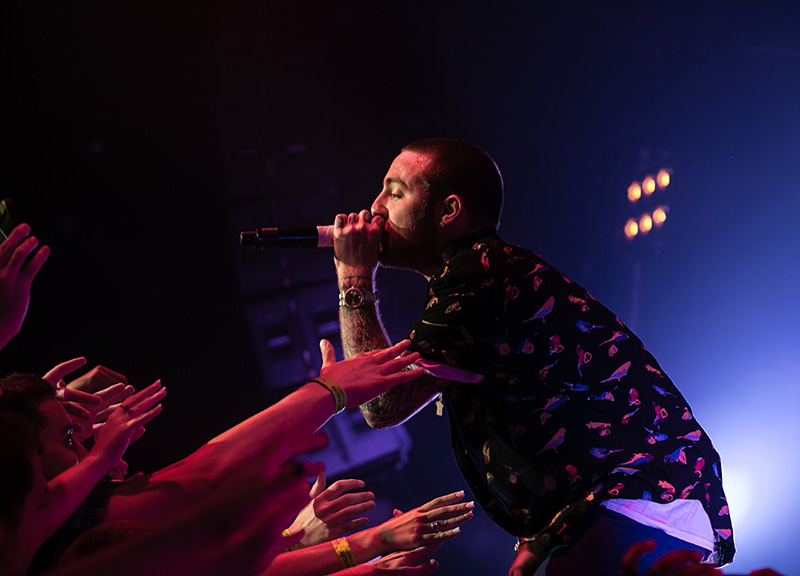 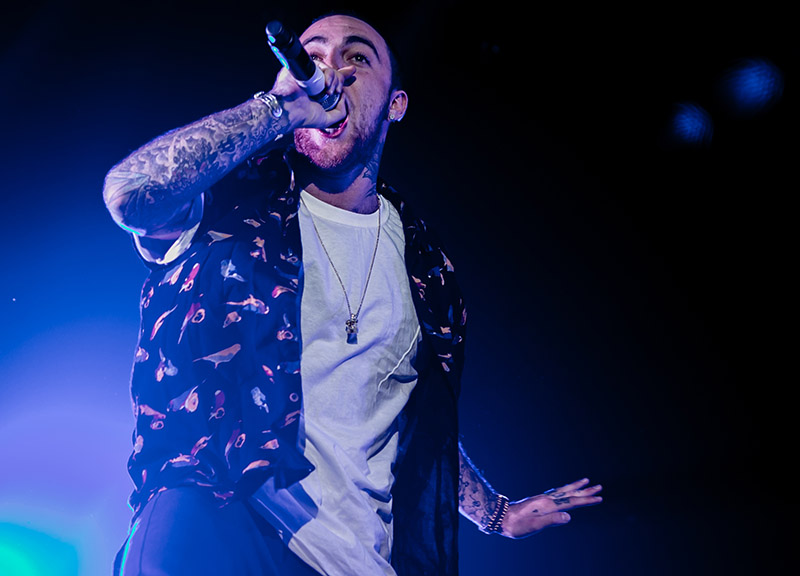 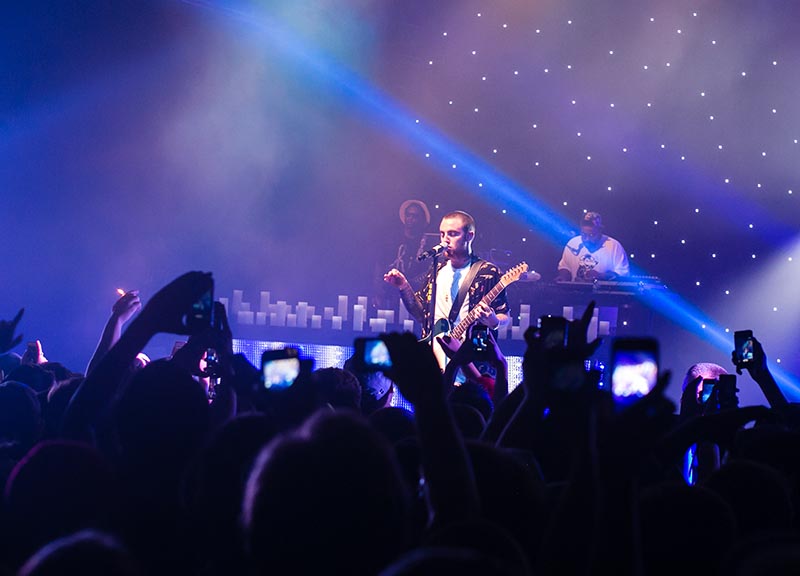 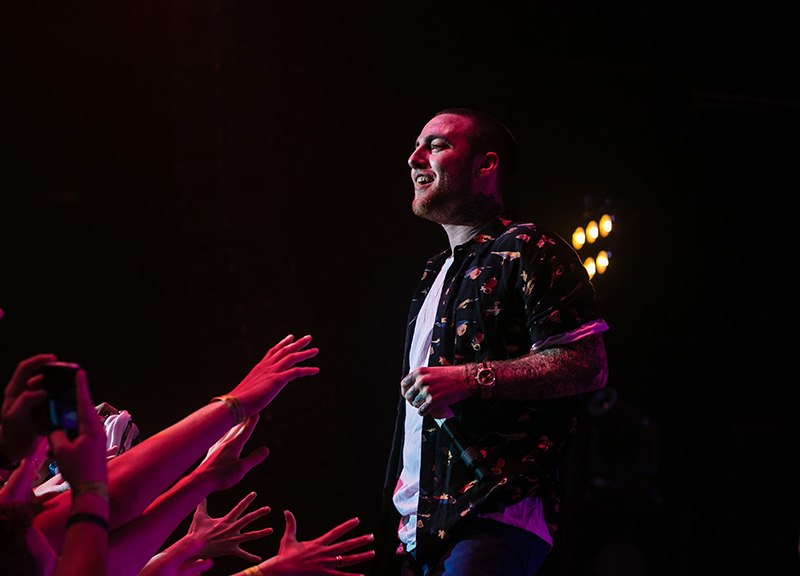