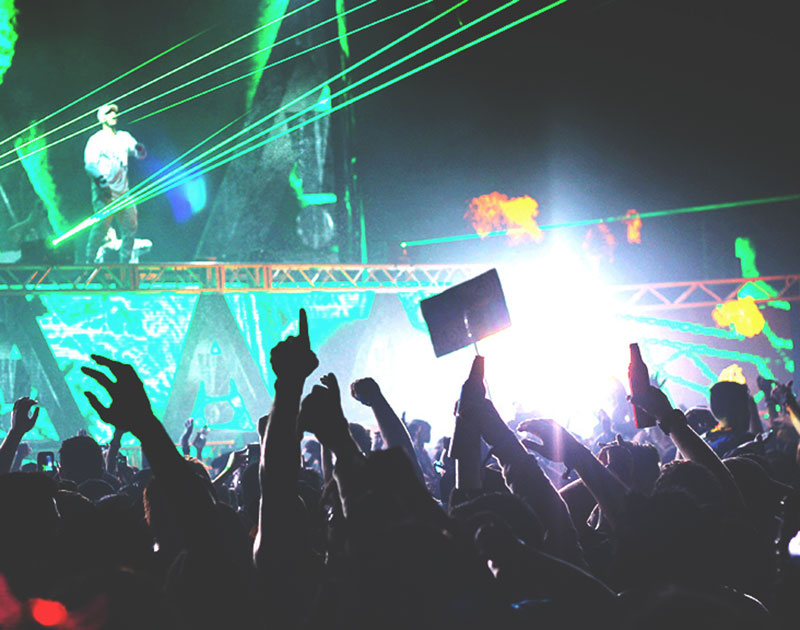 Even if you don’t consider yourself an EDM fan, there’s really no denying the fact that Lights All Night, which is gearing up to throw its eighth annual bash as it returns to Dallas Market Hall on December 29 and 30 for the third time in as many years, is the biggest festival in North Texas.

The numbers prove it: No other fest in North Texas draws as big a crowds as this one, which drew 40,000 fans to its event over its two nights last December, does year in and year out.

But organizers are maybe starting to think bigger. Continuing the trends it set in recent years, Lights All Night seems intent on adding more of a hip-hop feel to its offering this year. That much can be seen in the first round of announced performers’ inclusion of acts such as Ugly God and Smokepurpp on its bill, as well as the inclusion of Houston’s Maxo Kream in today’s “Phase 2” performer reveal, which rounds out the full lineup expected to be seen on this year’s bill.

Of course, none of this is to say that Lights All Night is actively running from its bread and butter of EDM performers, which today added acts such as Marshmello and NGHTMRE to its ranks among others.

Early bird tickets to this year’s offering are no longer available, but two-day passes can still be purchased right here, starting at $119.99 (before fees).

Speaking of that now-passed initial sales run, here’s a cool note: During that early push, LAN organizers asked would-be attendees to help with Hurricane Harvey relief efforts by adding $10 to their purchases, with both the festival and some of its performers agreeing to match however much was raised. Between attendees’ donations and the matched funds, Lights All Night was able to raise a total of $22,000 for the cause, with 100 percent of those funds now being donated to the Houston Food Bank.

PLUR is a real thing, you guys!