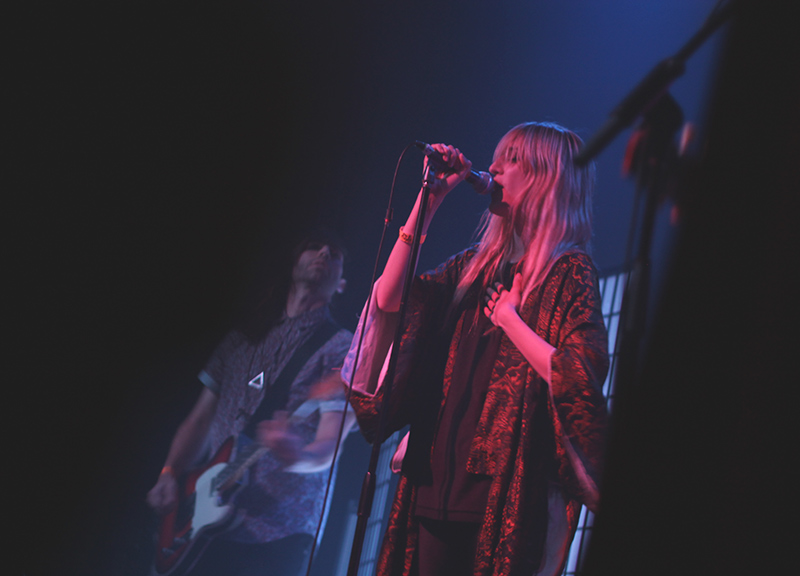 Much has been made recently of Los Angeles sister trio Haim's long-anticipated debut LP, Days Are Gone, which finally earned its release a few weeks back in late September. And that's certainly all justifiable: The album's an impressive and strong first foray into the music landscape from the family band; the disc smartly and adeptly blends classic rock influences (most notably through a serious debt owed to Fleetwood Mac) with modern-day pop sensibilities and perhaps just a touch of R&B.

As such, the album's been earning rightful recognition left and right: It debuted at No. 6 on the sales charts here in the states, but did even better overseas, debuting at No. 1 on the U.K. charts and No. 2 on the Australian charts<. And, over the course of this process, the band's earned itself all sorts of fans, too; even pop goddess Katy Perry counts herself among that ever-growing bunch.

Along with all this praise, though, a separate, somewhat off conversation has also come to light in the talks surrounding Haim: If this is a band most often described as an “indie” outfit, as Grantland's Steven Hyden claims is the case, then, he also argues, perhaps the term “indie,” much like the term “alternative” before it, is dead. It's kind of a well-worn music journo think-piece territoty, Hyden penned here, but let's go with it — if only because it's just downright absurd.

Facing facts, it's clear: There's really nothing “indie” about Haim, whose debut comes courtesy of the Sony-owned Columbia Records, which is about as far from independent as a label can get. For years now, majors have long incorporated the blanket and hardly descriptive in the slightest “indie” genre tag into its A&R practices. Most popular “indie” bands of the day are almost exclusively signed to major labels; most self-respecting music fans more than a year removed from learning that there do indeed exist bands that you won't hear on your FM dials have long ceased using the term.

Even so, those opening sales numbers and celebrity cosigns confirm what most of us already know: Haim is as mainstream as mainstream gets. And that's perfectly OK.

It certainly was on Tuesday night, as the band performed a sold-out show with support from fellow Los Angeles outfit IO Echo at Trees. Crowds that otherwise had never before stepped foot into a Deep Ellum venue — “What is this place?” one young fan worried aloud to no one in particular as she waited in the will call line outside “Like, is it just a bar?” — were drawn out in full force to this once-perceived-by-outsiders-as-dangerous neighborhood by the power of Haim's acclaim.

Once inside, these crowds surely learned what the rest of us have known for some time: Deep Ellum is perfectly safe and fine; it's a great setting for seeing a band such as Haim, one that, without even the slightest bit of doubt, will be playing rooms three times this one's size on future tours. Haim, much to its credit, put in plenty of effort to ensure the crowd's comfort. The sisters' mid-set banter felt less like typical concert performance banter and more like the asides you'd hear walking down a high school hallway.

“Can I be honest for a second?” the youngest of the three Haim sisters, multi-instrumentalist 21-year-old Alana, asked of her audience at one point, as if there was any reason to suppose that she wasn't going to be. “I'm really happy to be here.”

Her eldest sister, the bass-playing Este, was similarly giddy and borderline gossipy in her tone, drawing applause from the young female audience with her quips about all the “hot guys in Texas” and her flirtatious back-and-forth with one adoring young male fan who offered to take off his shirt for the performer if she'd like. (She didn't.)

Lead vocalist and guitarist Danielle was less gregarious than her sisters, but no less a compelling performer. She spent the bulk of her band's set — one comprised of Days Are Gone and that's pretty much it, save for a cover of Fleetwood Mac's “Oh Well,” because that's all there is with this young band — with her hair covering her face whether she was thrashing about and playing her guitar or shouting her throaty vocals through the microphone standing right before her.

All told, it was a practiced, perhaps most appropriately described as “safe,” set.

But such is the draw with Haim, to be frank. That's why the band's crowd at this show was so young and so unfamiliar with the workings of Dallas' most storied music neighborhood. Haim is a gateway band, and in the best possible way. It's not a group that will wow you with its originality so much as it will with its awesome understanding of what just works. The band's songwriting is on-point, its aesthetics are well-conceived and, really, just the execution of pretty much everything the band does impresses.

Starkly contrasted to Haim was opening act IO Echo, whose noticeably darker, less poppy and far more brooding set drew most curious side-eyes from the crowd. But that's what IO Echo goes for; it's a band that aims to be edgy and different. Haim is the opposite, an “indie” band made indie only be external forces.

Good thing, too. There's a certain pretense with “indie” bands, a too-cool-for-school factor that is just so plainly not present with at least two thirds of Haim's main members: For a full two hours after Haim's hour-long set at Trees on Tuesday, Este and Alana remained outside in the Trees parking lot, right outside of their band's massive tour bus, mingling, giggling and selfie-ing with any and every fan willing to stick around for their chance to join in on the fun.

Cool “indie” bands don't do that too often, at least from what I've seen in my experience. They'll chat you up, sure. But they don't giggle with strangers like they're old friends.

Haim's not “indie.” That much we've established. But the band might not even really be all that cool either, when you really think about it.

Screw cool, though. Good is better.

And Haim is more than good. Haim's pretty great, actually. 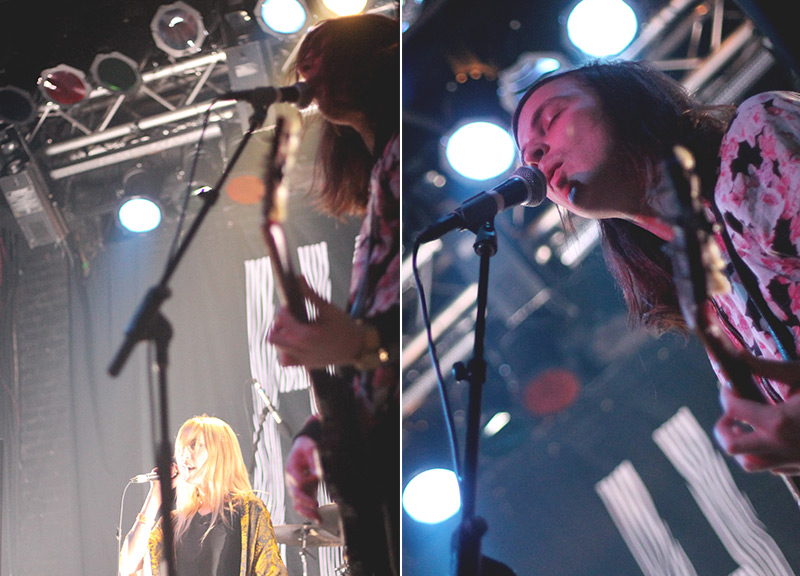 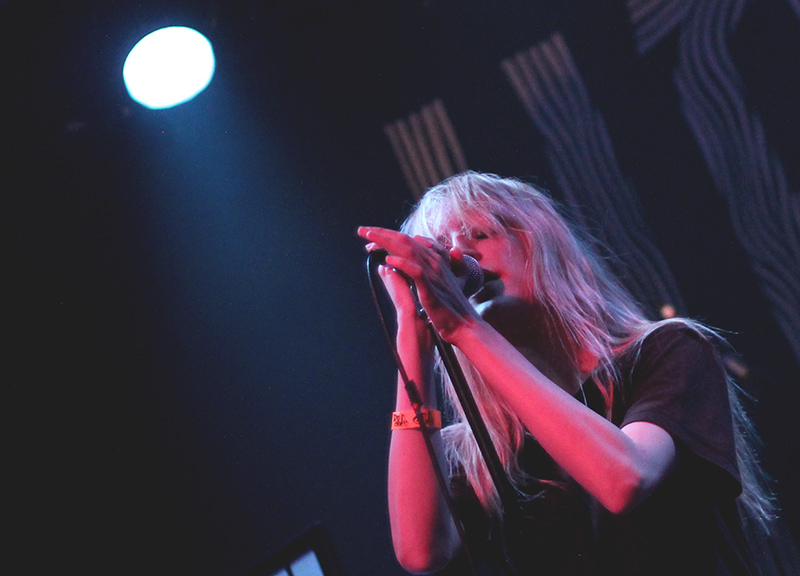 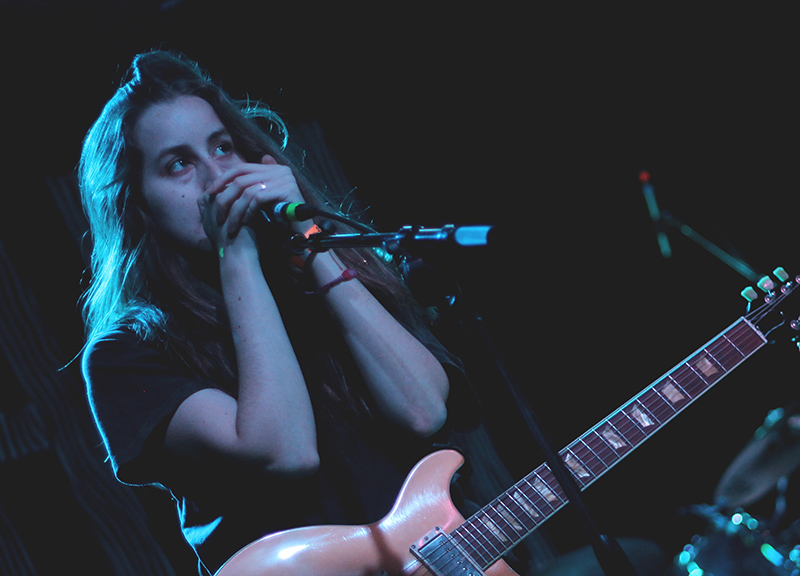 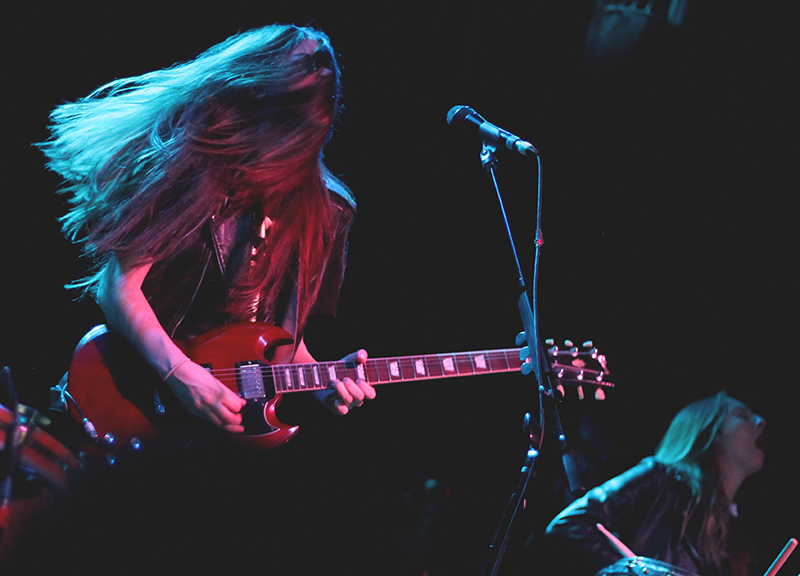 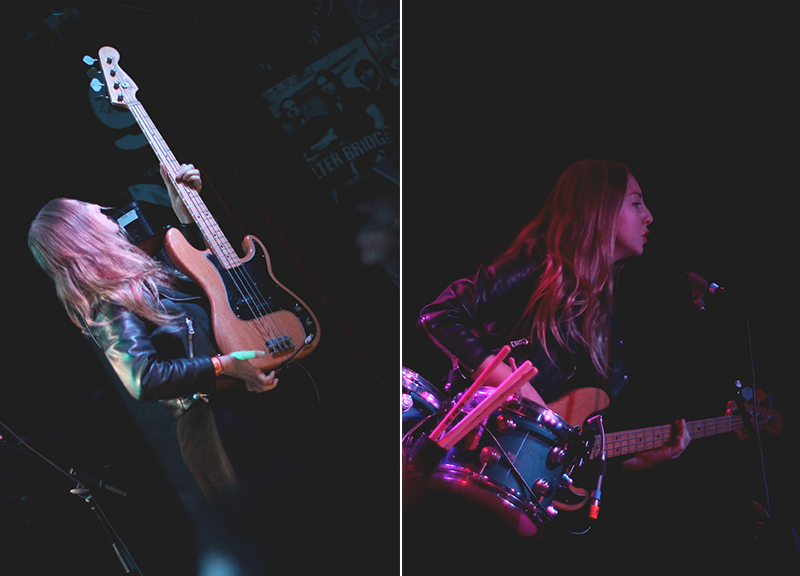 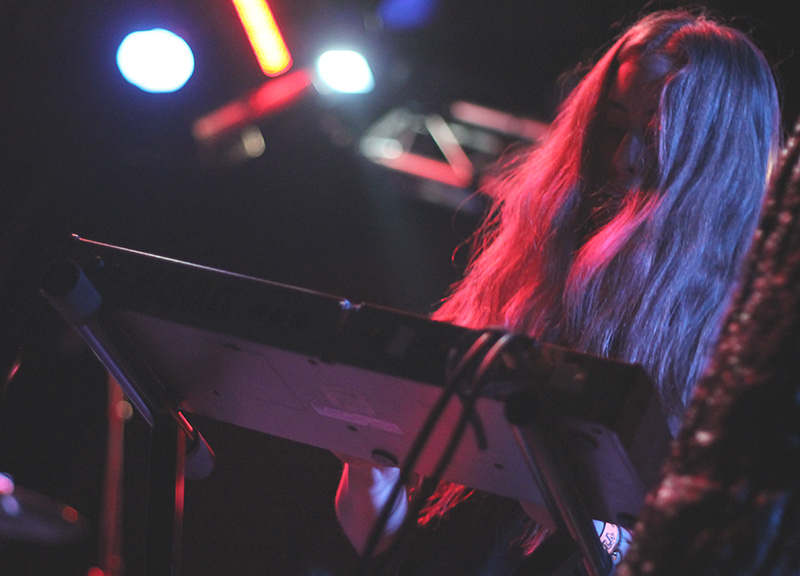 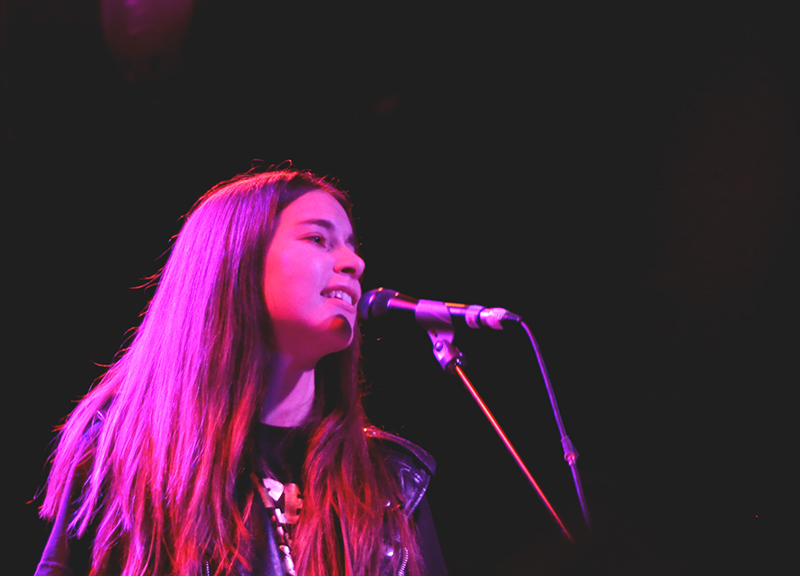 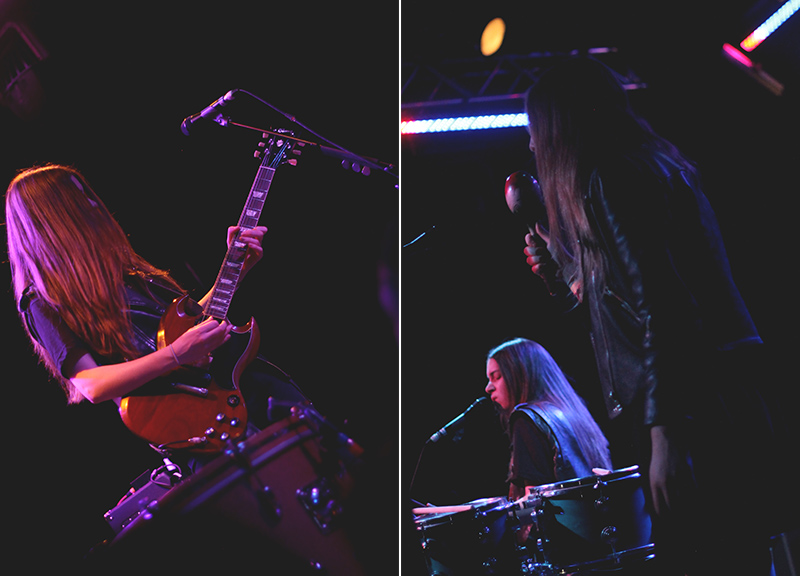 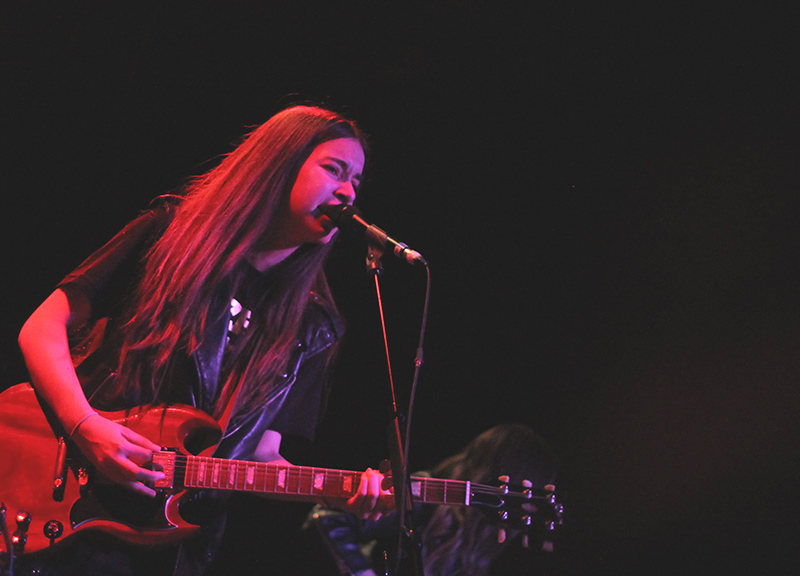 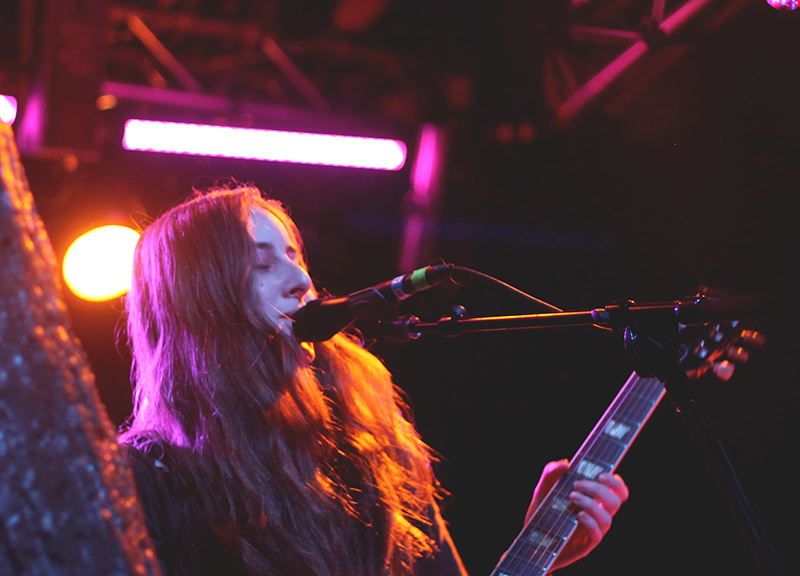 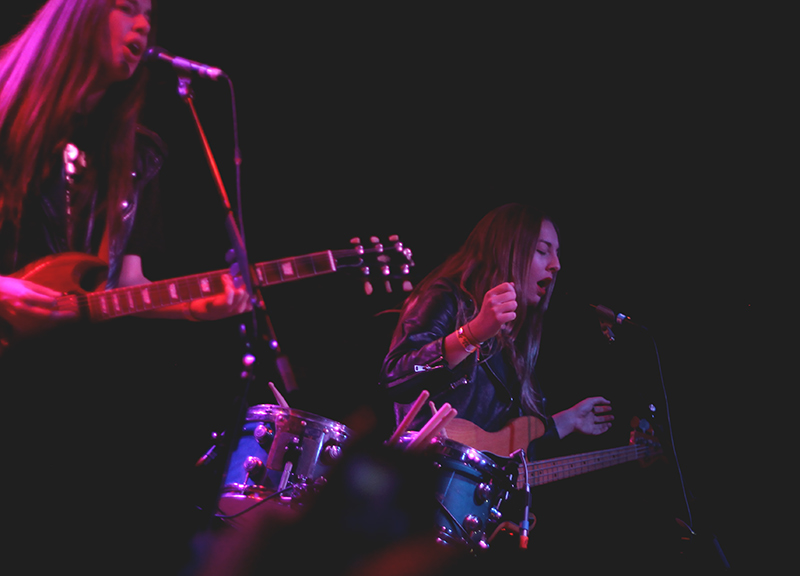 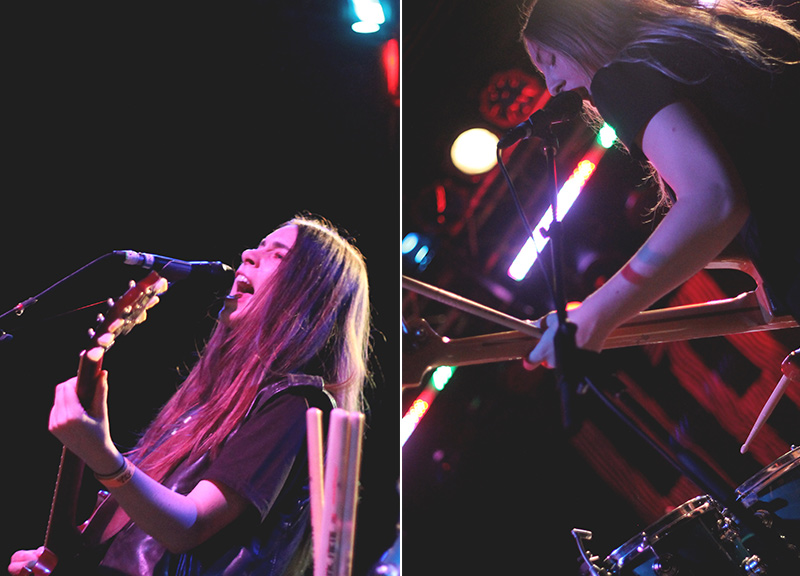 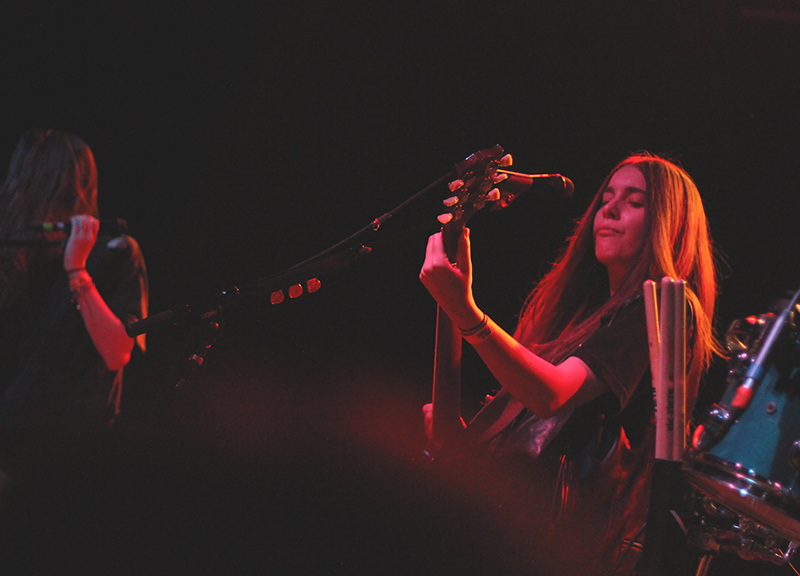 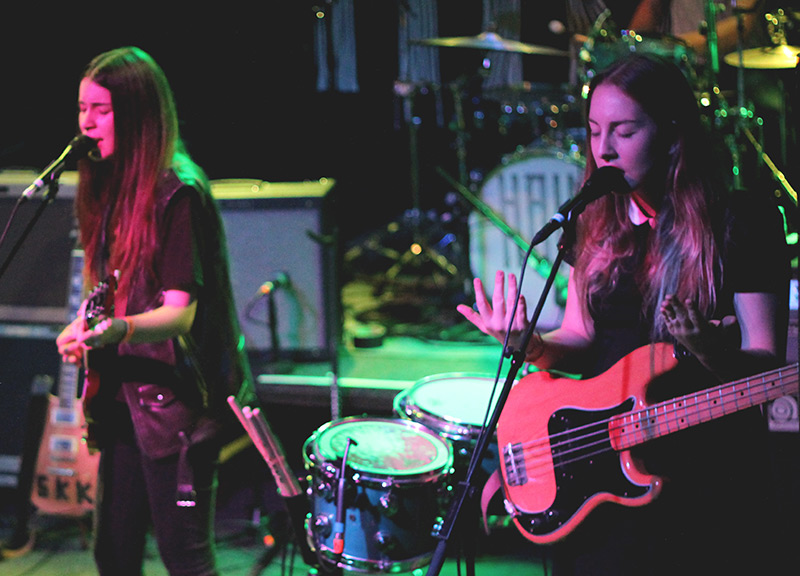 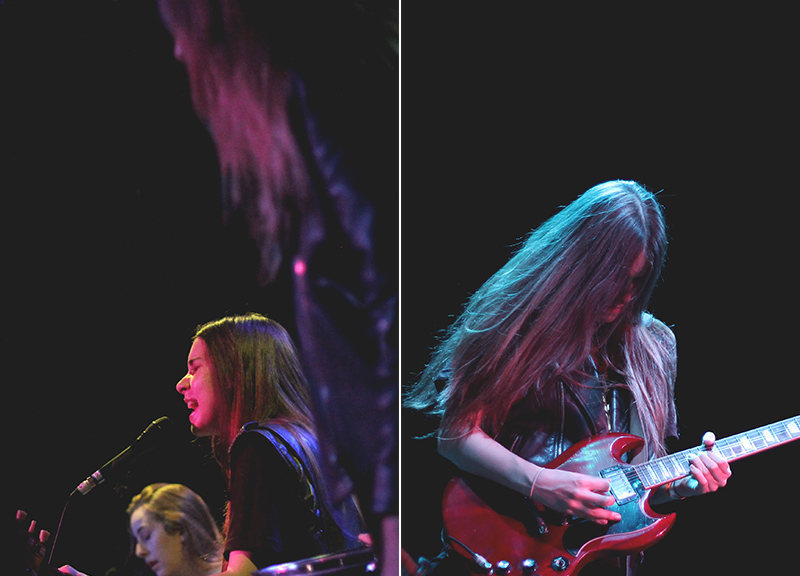 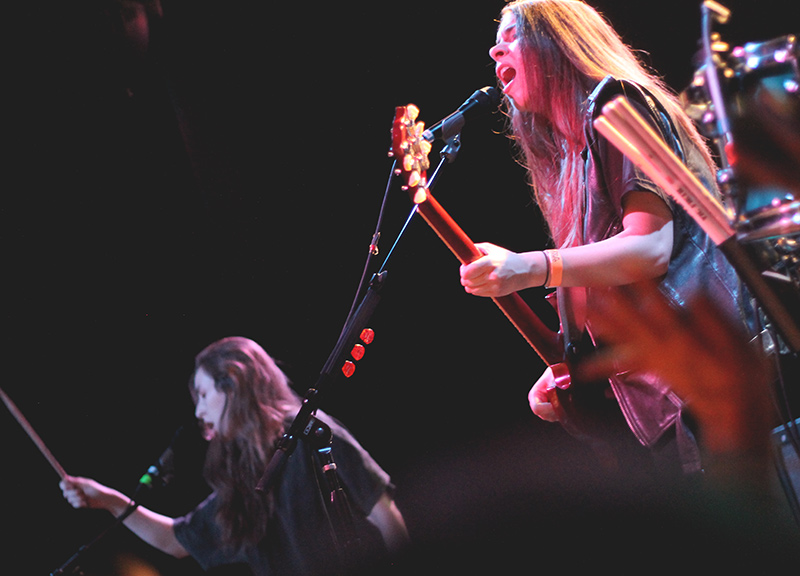 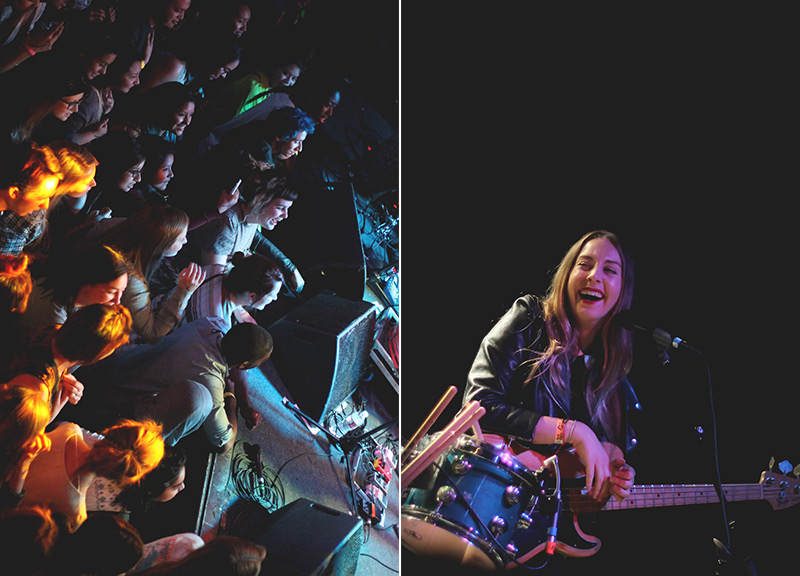 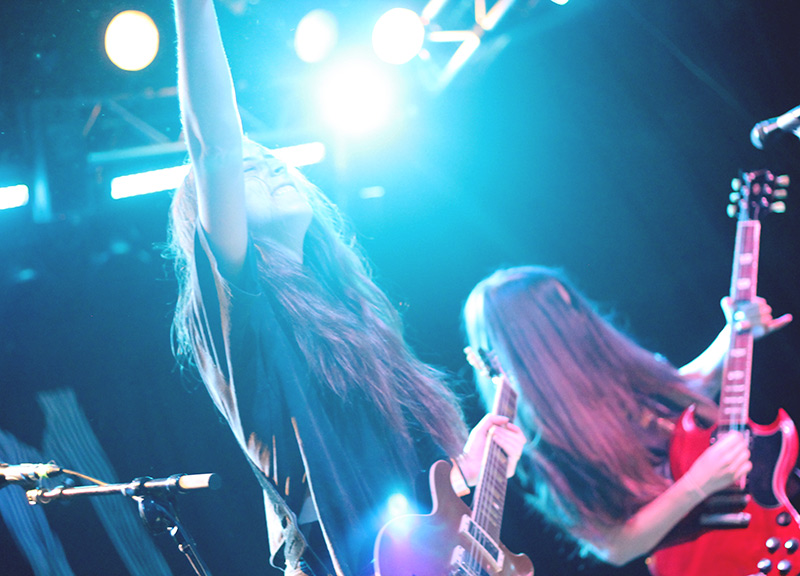