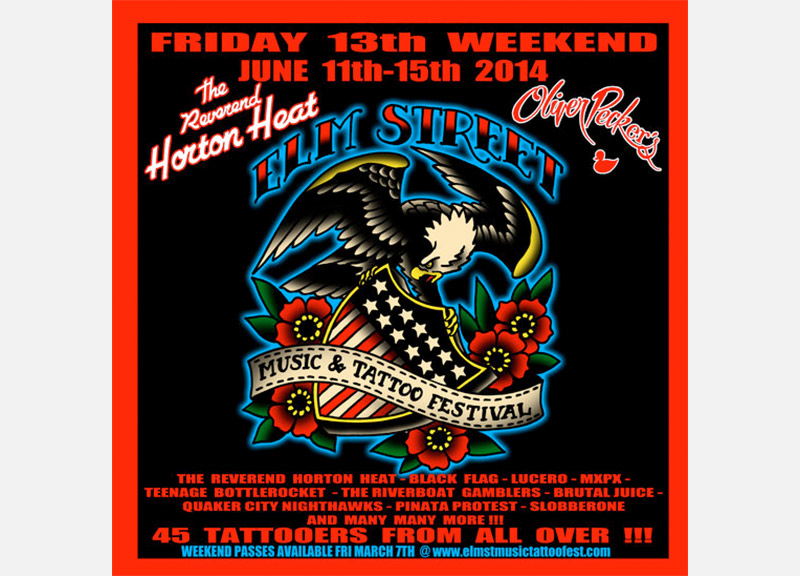 Earlier this morning, the minds behind this summer's second-ever Elm Street Music and Tattoo Festival announced the first crop of bands that'll play throughout the course of the fest's now five-day run in Deep Ellum.

And, already, big name gets like the now-Mike-Vallely-led Black Flag seem to indicate that the June 11 to 15 fest's second run will most definitely be a much bigger deal than even last year's already wildly successful trial run.

Other names joining those hardcore legends over the course of the weeklong fest will be heavy-hitters like Reverend Horton Heat, Lucero, MXPX, Teenage Bottlerocket, The Riverboat Gamblers, Brutal Juice, Quaker City Night Hawks, Pinata Protest and Slobberbone. And, once again, shows will take place across stages at Three Links, The Prophet Bar, Trees and Wit's End, while a tattoo convention featuring more than 45 artists from around the country is going on The Prophet Bar's big room.

Those stoked enough on the early crop of announces alone won't have to wait long too purchase tickets to this behemoth, either, as advance tickets go on sale here starting tomorrow. Prices will range from $25 for single-day passes to $140 for five-day VIP passes.

It should also go without saying by now that the June event will once again center around a 24-hour Friday the 13th tattoo marathon session.