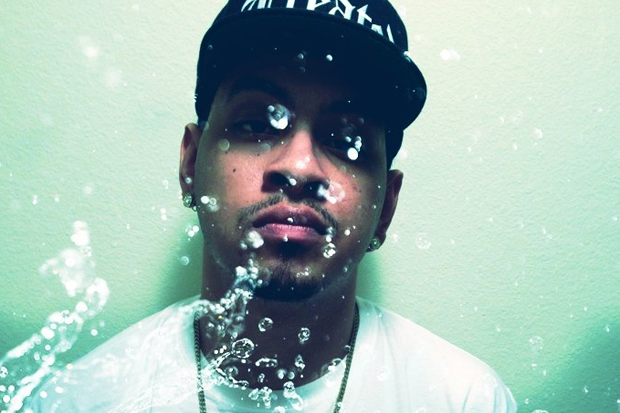 You wouldn’t necessarily know Cardo if he walked into a room, But you probably do know his music.

The North Texas producer’s resume is nothing if not long and fruitful at this point, his beats having been blessed with bars from such hip-hop heavyweights as Jay Z, Wiz Khalifa, Drake, Meek Mill, Big Sean and Kendrick Lamar. He’s supplied heat for the next wave of potential superstars, too, including Mac Miller, Fetty Wap and Ty Dolla $ign. Hell, the dude even just dropped a mixtape with Drake’s ghostwriter, Quentin Miller.

And, today, Cardo turns 31. Even cooler: He’ll be celebrating the occasion by putting in some work, too. Tonight at Rio Room, he’ll DJ his own free-to-attend birthday bash, which comes as the first of 16Bars.XXX’s new monthly parties at the club.

He isn’t the only one DJing, though. He’s brought DJ Dahi, Ricci Riera and MixedByAli along for the party. Like Cardo, you might not know these dudes’ names, but you definitely know their beats. Dahi’s produced such nouveau classics as Drake’s “Worst Behaviour,” Big Sean’s “IDFWU” and Dom Kennedy’s “My Type of Party.” Ricci Riera’s the tunesmith behind such tracks as A$AP Rocky and MIA’s “Fine Whine,” Kendrick Lamar’s “M.A.A.D. City” and Schoolboy Q’s “Collard Greens. MixedByAli, meanwhile, is Kendrick Lamar’s personal DJ and the TDE crew’s chief engineer.

Ahead of the fiesta, we caught up with Cardo to wish him a happy birthday, and to chat some about why meeting Wiz Khalifa made him guzzle Pepto Bismol, what it’s like working with Justin Bieber and how he feels about the state of local hip-hop.

Whose idea was the bill Thursday night?
It was really me and Rico [Ripoly of 16Bars.xxx]. I was just, like, we’ve been trying to do something together for a minute. It kind of happened randomly.

What do you expect to happen at the party? What will you bring to it?
A cool vibe. Just high energy, but mellowed out. There’s gonna be a lot of people in attendance from Mixed By Ali to [DJ] Dahi to Ricci [Riera]. So, you got all these different energies bringing something to the table, presenting music. So, it’s always gonna be a different reaction with these guys. It’s gonna be dope nonetheless.

How’d you get hooked up with Wiz Khalifa?
Really, it was through the good brother Chevy Woods. It was like December 2009 and [Wiz] had a show and Chevy told me it was gonna be in Dallas, so I went “Cool.” And he was like, “Wiz wants to meet you,” and this and that, so I’m like, “Alright, I’ll come through.” I had a little stomach bug or whatever, so that kind of prevented me from doing shit, but they was like “Yo, can you come?” I’m like “Yeah, yeah, I’ll come through.” Didn’t wanna miss out on the opportunity. So, I stopped by 7-11 and got a six pack of Coronas and some Pepto Bismol and started drinking the Pepto Bismol like crazy and opened up a Corona just to chase it. Then I went to meet Wiz and them at the hotel. But Wiz was cool, open arms and shit.

You kind of got in on the ground floor. Wiz was kind of popping at that point. When Kush and Orange Juice dropped and it was near pandemonium.
Kush and Orange Juice was a game changer. Wasn’t just because of me or Sledgren or Germ or Johnny. It was because everybody put their foot into this project, including Wiz himself. His creative direction with it made it what it was. It changed the game ’cause nobody was on the same shit he was on. So, what he presented, it was a game changer. Not many people were really smoking weed till this nigga came out! He changed the world into stoners! Kush and Orange Juice will always be one of the best — y’know, to me it’s an album — one of the best albums of our time.

You’re originally from Minneapolis, right?
Yeah, from the Twin Cities. St. Paul to be exact.

How the hell did you end up in Texas?
Man, I was getting into trouble! Let’s just say I wasn’t the best kid. I wasn’t bad–just fucking terrorizing people’s lives or anything–but I was just making poor decisions. Just being caught up in the street life and what not, trying to be like people I was around. Just bad influences around me the whole damn time. So, I ended up going to jail for a couple of weeks and shit. A couple of weeks gave me the time to think about what the hell I wanted to do with my life. Whether I wanted to do music full time or whether I wanted to just keep doing this other shit that I’m doing that had no good ending. So, I told man dad, “Shit, I gotta got to Texas.” My mom, she just moved there so, I’m just like, “I gotta go to Texas. I gotta get away from this shit. Make some kind of change, some kind of progress. Something.” And y’know, the next day, me and my dad drove all the way to Texas.

You came straight down from Minnesota?
No, I had moved to Denver right after I left Minnesota. I was living in Denver for a couple of years and shit. I was living with my dad. But I started getting into so much trouble and shit already in Minnesota that I went to Denver and when I went to Denver I was getting in more trouble. And, y’know, I had to make a move and get the fuck out of there. That’s when I came to Texas. So, yeah. It’s one of them life stories. We might have to make a little movie or some shit.

You working on anything interesting at the moment?
Man, a lot of shit right now! There’s some shit I can’t go into detail about and some shit I can go into detail about. I’ve been working on my album, the Mental States album. That’s just like a compilation album with everybody I fuck with in the industry rapping over my shit. Right now we got a lot of shit going on with that album. It’s being made right now. That’s a top priority. Been working with Schoolboy Q, Boogie, been working with Dre — Dr. Dre to be exact. I’ve been working with a lot of people, man. Who else? Oh, Justin Bieber!

How do you feel about his new direction? Do you like the last two songs that he put out? “What Do You Mean” and “Where Are Ü Now?”
Yeah, it’s different. It’s all about growth. When people see growth, they have to accept it for what it is. Some may not like it. Some may like it. I think the direction that he’s going in is the direction that suits him. It gets him out of the clear. You know, people were bashing him ’cause he was going in with his little thug image and all that. But that was him, that was just a phase he was going through. So he had to find himself again. I think he found himself.

So, you’re working on potentially being involved in his next project?
Yessir.

What about your Mental States album? Is he one of the people that you’re trying to work on getting on there?
Yeah, that’s the move right now. To get him on there. But you never know. I can’t say much, but you never know.

Have you been working with any local artists?
I haven’t been working with nobody. Me and Post Malone, we’re cool. I’ve been trying to get with him, but we’ve both been busy as hell so you know it’s hard to get on each other’s schedule. I’ve been working with Blue, the Misfit — y’know, that’s like the family. And you know JT (Justus), but I don’t wanna say JT is local anymore ’cause JT’s on Dr. Dre’s album. But JT’s like my brother, too. There’s other people I wanna work with. I’ve been working with these Crit Life cats, trying to steer them into the right direction. Who else? This kid named G.U.N., he’s actually dope, he has a very dope energy to him. Y’know, there’s so much talent in the city, but the city is overlooked just because what the city once was when it came to the music. Like, the dance phase kind of made people not wanna pay attention to the Dallas music scene.

Like the whole boogie shit?
Yeah, the boogie shit is dope and all, but it wasn’t appealing to other people that were from the outside looking in. They were like “I don’t wanna do all this stinky leg shit and all that.” Y’know, I’m a grown man. I’m on the grown tip. That shit that they was doing, that shit was for the kids. Like I said, it didn’t appeal to the grown folks. The state of Texas had a good run with the music, but they kind of let it go and it should have kept going, but, just like I said, the dance phase kind of fucked it up. Nobody else was trying to do anything else besides dance music. It was just dance, dance, dance, dance. I’m like, “Damn, I think we’re gonna really burn out!” And we burned the fuck out. Like, no shade towards them, but I feel like there’s so much other talent in Dallas that we just need to present that shit. Niggas ain’t gotta be scared to rap their motherfucking soul out. Let the world be known. I think that’s what it’s coming to now that everybody’s on their rap shit now. Now it’s like, “Fuck all that dance song shit, let’s get back to these raps.” I think everybody needs to unify together and make these moves because once you unify, nobody can stop that force, you can make money together and there’s enough money in this world for everybody to eat.

Is that what you think it takes for the Dallas scene to finally get the shine it deserves?
Yeah. I’m not gonna work with nobody if they just too high on themselves, like if you think you’re too cool for me to work with you, then so be it, I’m not gonna fuck with you then. But if you’re down to do this work and we can make something out of it, then I’m all with it.