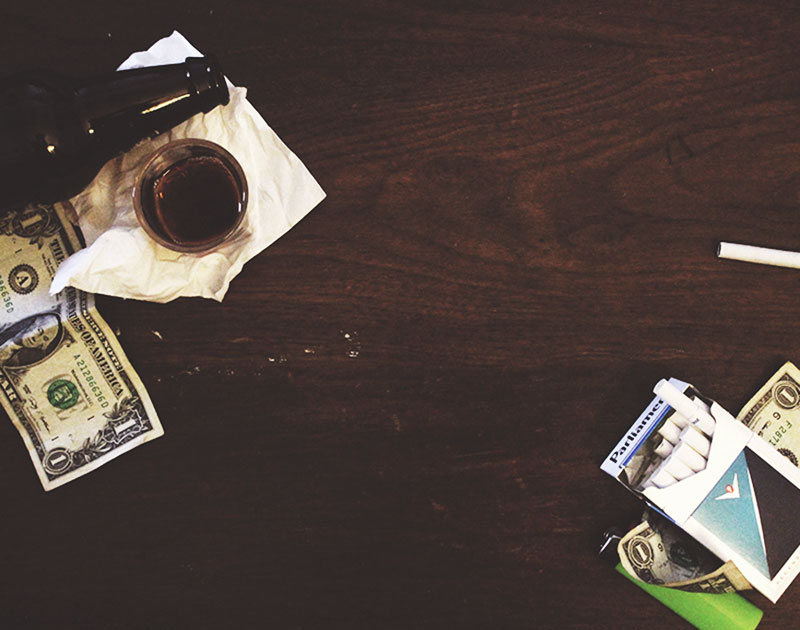 In Which We Share Our Greatest Secrets And Reveal The Best Places To Stand When Watching General Admission Shows At Various Dallas Music Venues.

Around this time last year, Washington Post pop music critic Chris Richards had a pretty great story idea: Armed with his experience of frequently going to concerts around D.C., Richards decided to share his knowledge with his readers, drawing up crude representations of his favorite music venues around town and marking on those sketches the best standing spots for optimal show viewing within each of those clubs.

We here at Central Track loved that idea — so much so that we decided to borrow it and create a Dallas version.

So that’s what you’ll find in this space. Ever wondered where the best places to stand at Trees, South Side Music Hall, Three Links or other concert venues around town may be? Well, we’ve got you covered.

Just do us a solid and reciprocate the love: If we come up to one of these spots at a future show and you’re already standing there, maybe share the space some. That’s all we ask, OK? OK. It’s a deal. 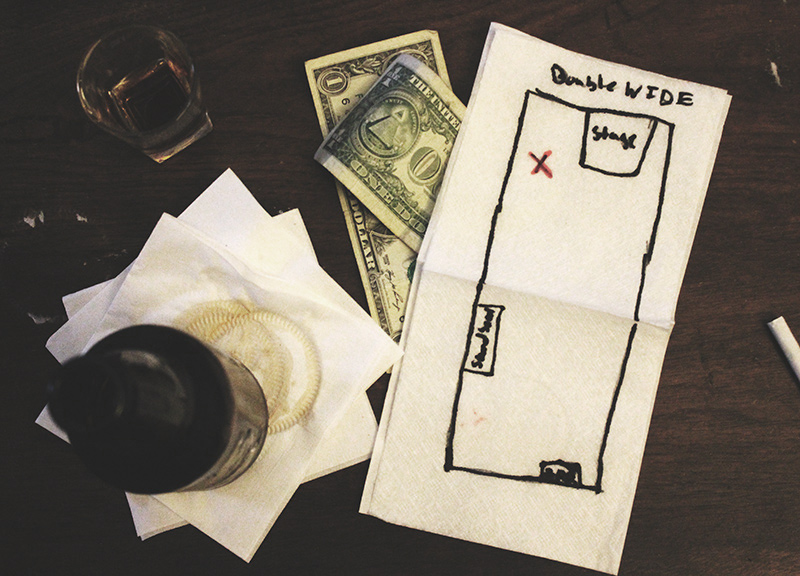 Venue: Double Wide.
Capacity: 75.
The Double Wide is really, really small. That’s part of it’s charm, though. The best course, really, is to just find a spot where a person taller than you isn’t right in front of you. Otherwise, near the front to the left is probably the most prime of spots, just because most people lack the gumption to fight through the crowds to find the open space you’ll usually find in this area. — HDB 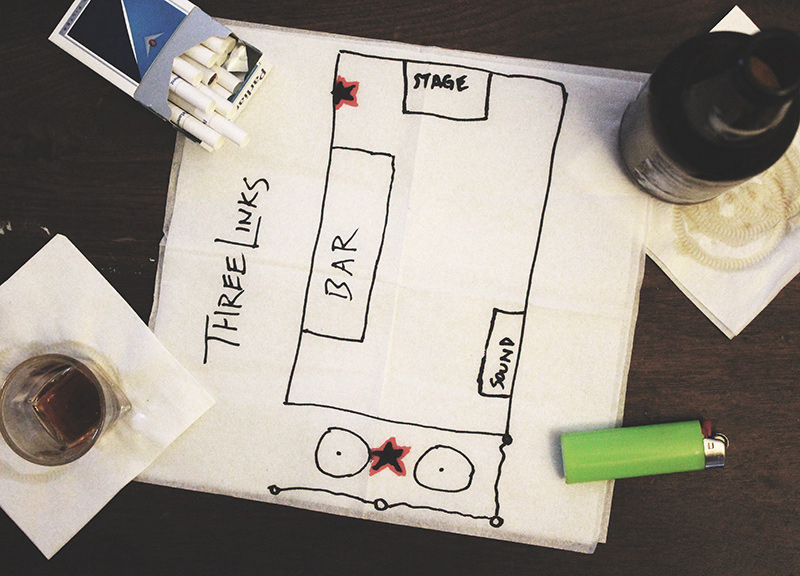 Venue: Three Links.
Capacity: 200.
One of our favorite places to hang out in Dallas is out on Three Links’ back patio, where there’s pretty much always a lot of action. But if you want to smoke and see a show simultaneously, you’ll have to dibs one of the few tables spilling out into the roped off area on the sidewalk out front. Worried that the garage door won’t be open, affording you this chance? Don’t. It pretty much always is. — CG 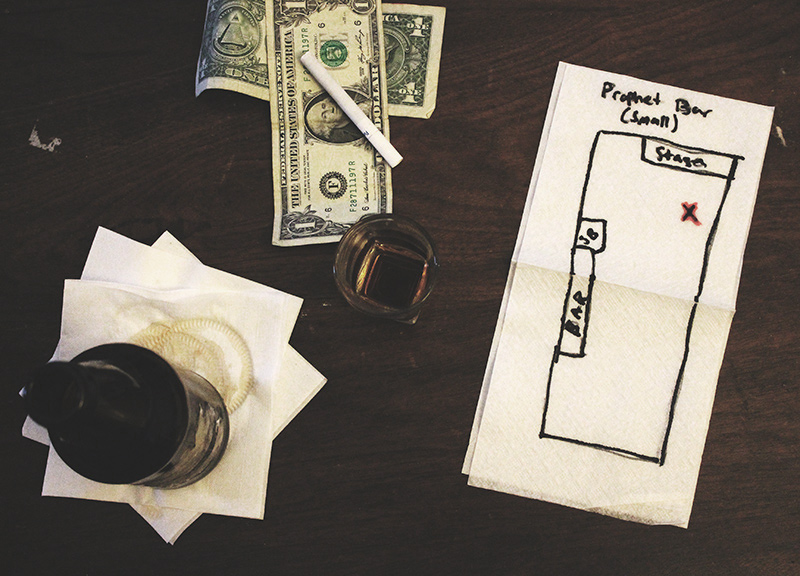 Venue: The Prophet Bar (small room).
Capacity: 350.
Get close to the front. Yes, it’s that simple here. But try and get closer to the wall on the opposite side of the bar. You’ll experience less foot traffic and getting bumped into. — HDB 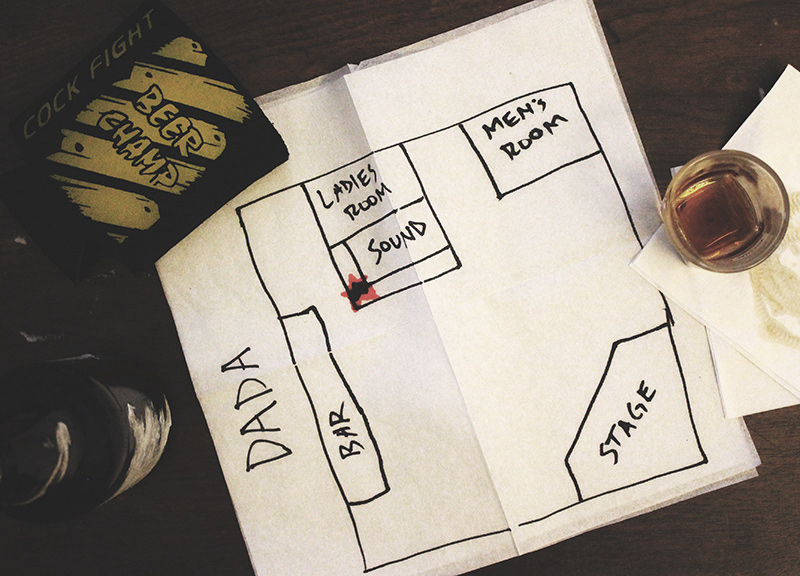 Venue: Dada.
Capacity: 400.
It’s no secret that most every venue sounds best somewhere near the soundboard, which is usually tucked somewhere out of the way towards the back of the room. At Dada, though, there’s a convenient little bench that wraps around the sound man’s booth. It’s a great spot upon which to stand for a great view of the action on stage. Just don’t tick off the sound guy by setting any drinks on the ledge between you and his precious gear. — CG 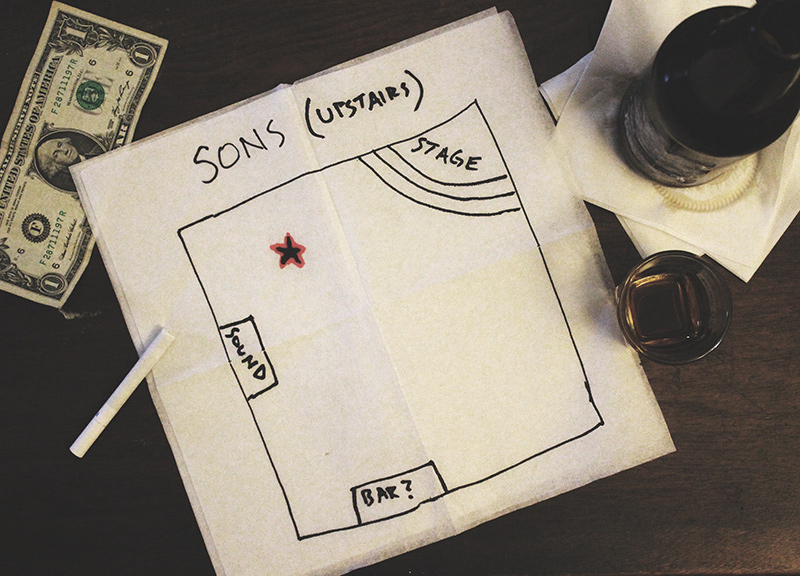 Venue: Sons of Hermann Hall.
Capacity: 500.
Thanks to Sons’ somewhat curved stage, you don’t necessarily have to stand right in the center of the room to get a pretty straight-on shot of the action. That in mind, the far corner is not only typically one of the less crowded spots in the room, it’s also the farthest spot from the sometimes overflowing and frequently smelly bathrooms. — CG 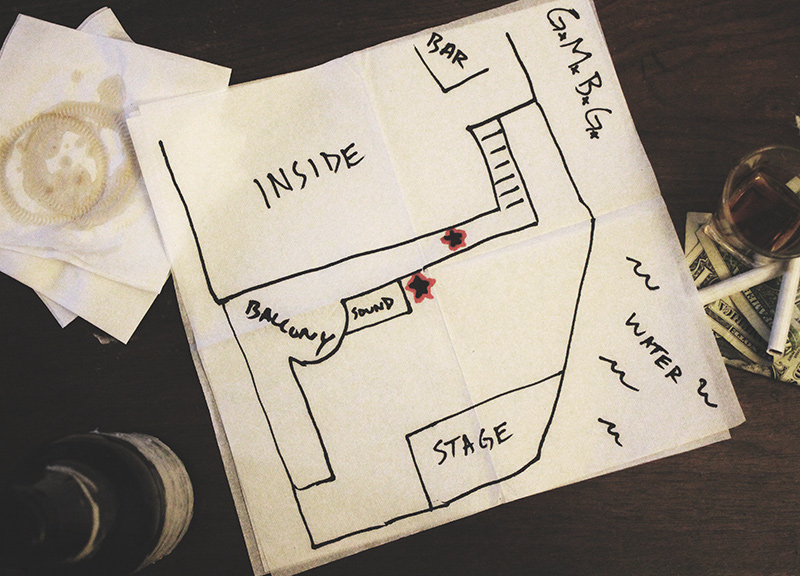 Venue: Gas Monkey Bar N’ Grill.
Capacity: 600.
The VIP balcony — complete with its private, uncrowded bar — is definitely the move here. Though tickets for this section are typically double the cost the lower area, the costs are still in the worth-it range, in our opinion. If that’s not in your budget, though, just camp right under the balcony, sheltered from the elements, as close to the soundboard as you can get. — CG 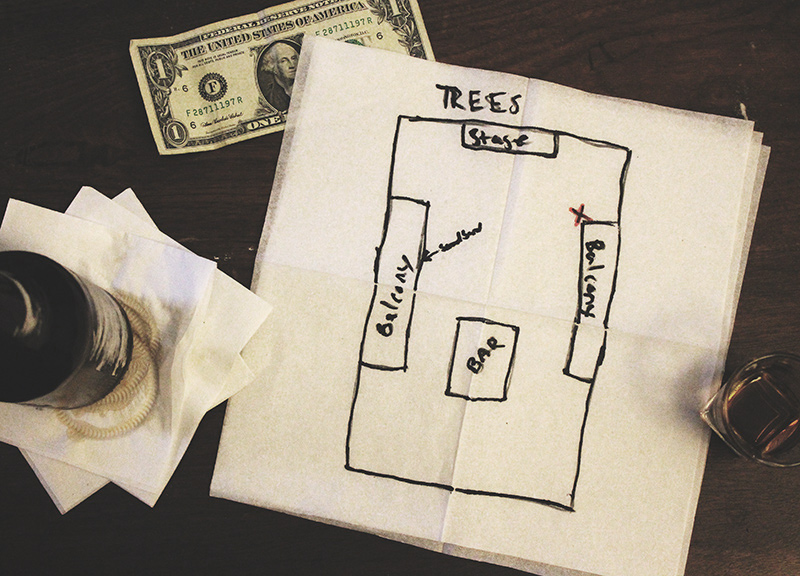 Venue: Trees.
Capacity: 650.
If you can get a spot along the rail on the balcony, do that. If you can score a seat up there and you can still see perfectly, even better. Just know that these spaces are very limited at all times, and probably won’t be in the cards for you unless you show up right as doors open. Instead, go into the little nook underneath the balcony on the right, just near the door that leads out to the smokers patio. Best standing spot in the house, really. — HDB 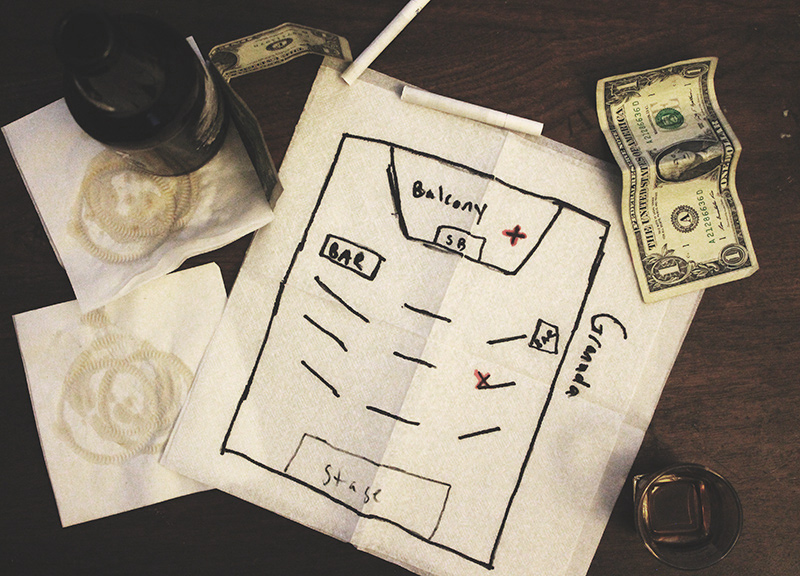 Venue: Granada Theater.
Capacity: 1,150.
Thanks to the gradual incline of its floor, most spots around the Granada are passable. Still need better? Our suggestion is to get near the aisle on one of the outer seated areas or to slide your way toward the front portion of the balcony. If it’s open and not too crowded up there, the balcony is really the best place to be. — HDB 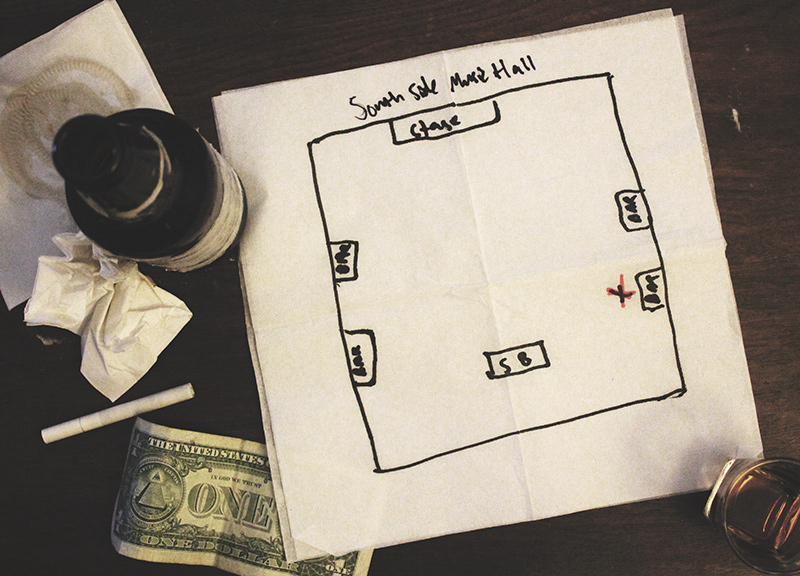 Venue: South Side Music Hall.
Capacity: 1,500.
Unless you’re in the front, you will most likely not find that great of a spot in this venue. The best course of action is keeping yourself near the outer area — and preferably near the bar. Here’s hoping, though, that you’ve got enough restraint not to buy too many of this place’s pricey, nearby drinks. — HDB 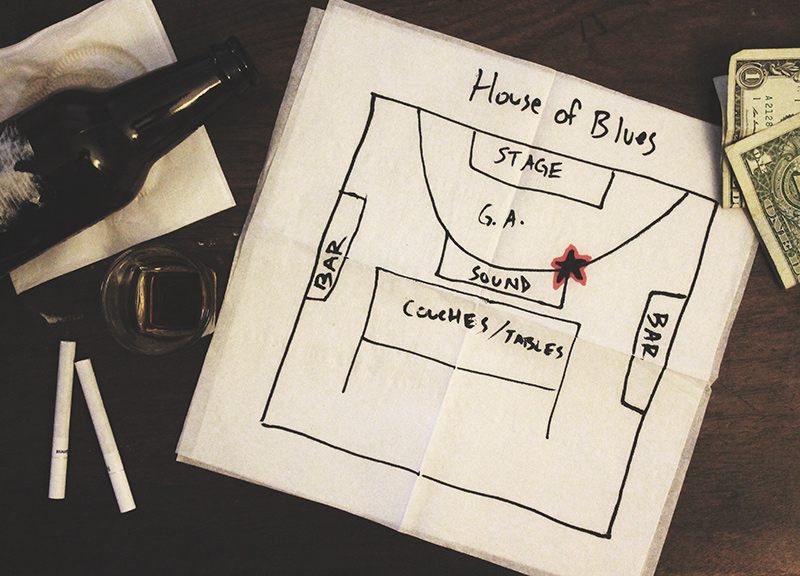 Venue: House of Blues.
Capacity: 1,625.
Anything behind the soundboard in HOB’s downstairs portion is basically an obstructed view. Our go-to move here is to post up on the outskirts of the general admission section on the far side of the room. It’s a sort of perfect storm of great sound, comparatively less crowded-ness and proximity to the bar. — CG 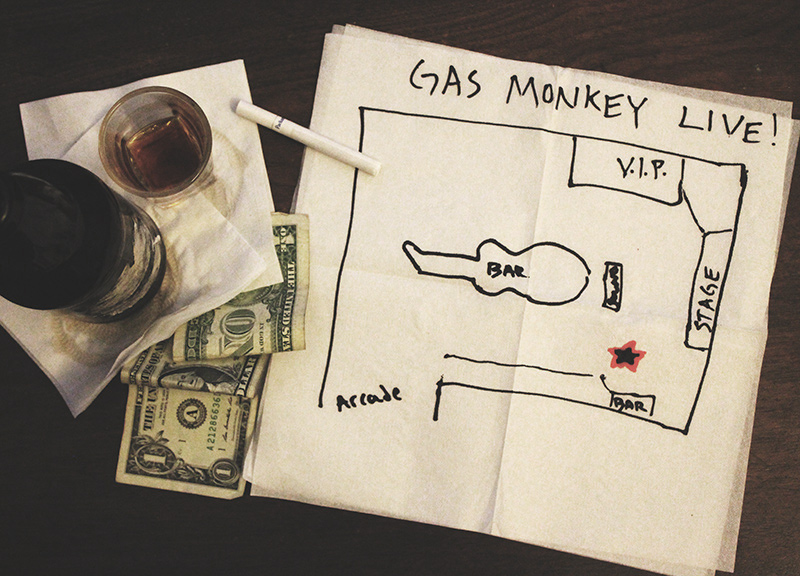 Venue: Gas Monkey Live.
Capacity: 2,500.
Even at its larger size, Gas Monkey’s sloped floors and hella-loud sound system make for good spots all over the damn place. To us, though, that sweet spot of great views, clear/loud sounds and quick drinks is in the lower floor section near the stage bar. — CG 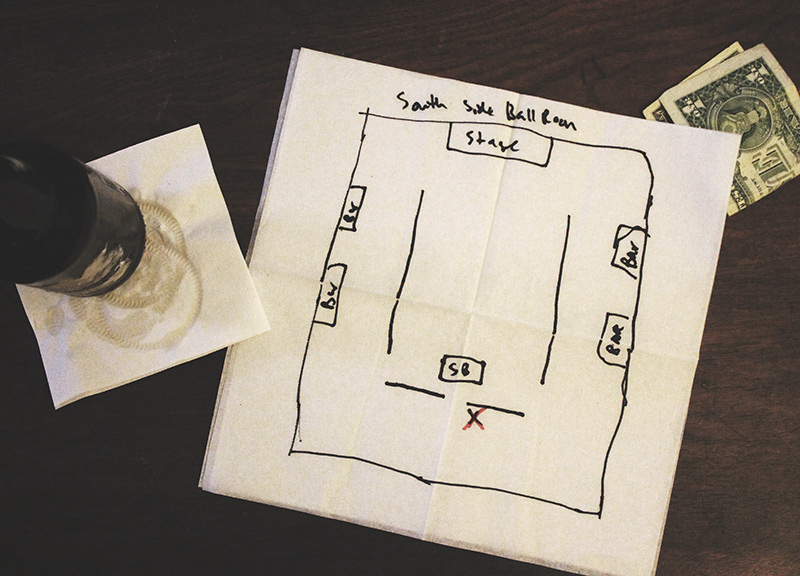 Venue: South Side Ballroom.
Capacity: 3,500.
South Side Ball Room is basically the same exact place as Music Hall, only bigger. There’s also a row of seats in the back with an elevated floor, though. This is the best place to be. — HDB 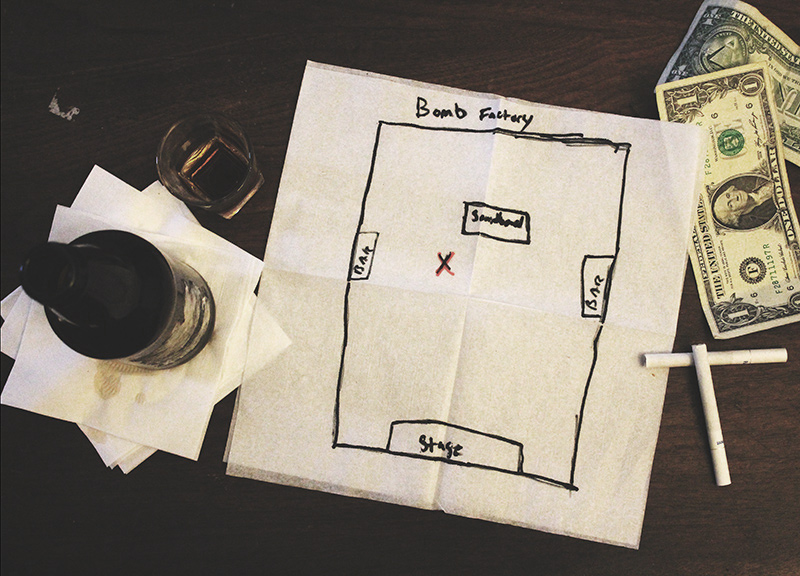 Venue: The Bomb Factory.
Capacity: 4,300.
The Bomb Factory has good sound throughout, but it’s a bit of a pain to find an especially good vantage point. Our advice? Take a chill pill and meander and float around near the sound booth. Then stick around that thing like an astronaut in space with a tether, my pal. — HDB