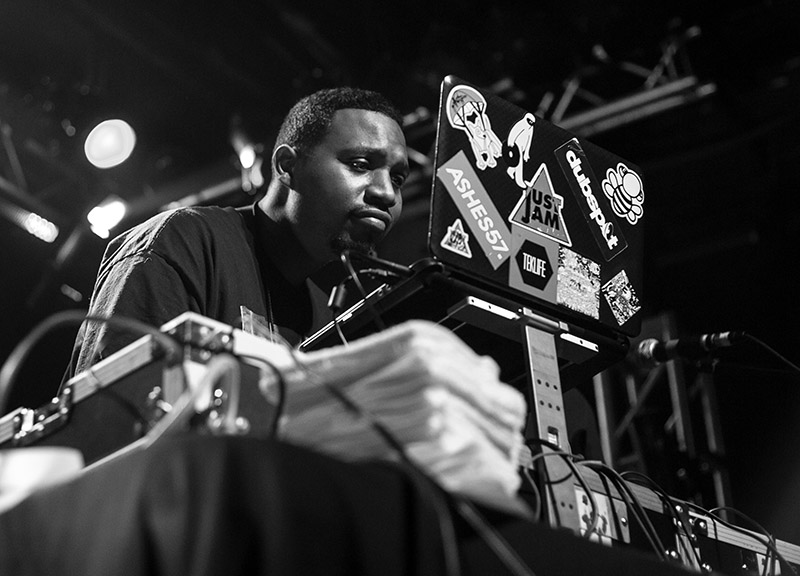 Chance The Rapper released arguably the project of the year with the April-released Acid Rap.

One of the best-received ones, too: That beloved mixtape, which exposed the 20-year-old Chicago rapper to the masses, has amassed Chance such an eager following that his Saturday night show at Trees was sold out — and nearly a month in advance, at that.

It’s easy to understand Chance’s appeal. Not only is he obviously a talented rapper and storyteller with a unique delivery and infectious ad libs, but he does his thing in an endearing and charming sincerity that’s equally hard to resist.

His current tour, called “The Social Experiment Tour,” spawns from the name of the live band that Chance now employs to add a new element to show. But, to kick off his set, Chance quickly performed a few songs without that band’s help, starting with “Good Ass Intro,” “Pusha Man” and “NaNa” from Acid Rap, but only doing about a single verse from each. He also rattled off a quick cover of Coldplay’s “Fix You.”

Then, to the audience’s surprise, Chance left the stage, leaving the audience to entertain itself with the projections flowing onto his on-stage set-up. It was then that Chance returned with The Social Experiment. And it was here that the rapper appeared at his most confident and comfortable.

Rather suddenly, he was more reactive to the audience, which throughout the night sang along with each and every song Chance offered. He even turned the stage into a dance floor, too, performing a little footwork — a popular style of dance in his city of Chicago.

Unfortunately, though, the footwork stuff would largely be completely lost on the audience.

Also touring with Chance as part of this tour are DJs Spinn and Rashad. Rashad himself just recently released Double Cup, an album that’s receiving high praise, and justifiably. Rashad, though clearly unknown to this show’s mostly under-21 audience, is a major part of Chicago’s footwork subculture, having helped grow that sound and earn it an international following.

Spinn, whose set mostly showcased Chicago rappers and mixed in some footwork mixes of their songs, opened the night. Rashad closed it, performing after Chance, but to a mostly empty venue. It was a shame, really. The crowd, in the wake of Chance’s set wrapping up, simply left.

It was weird, in a sense; in Chance’s “Good Ass Intro,” the footwork influence on his music can be heard loud and clear. So it felt like an opportunity squandered by Chance to at least mention to his audience that Rashad would follow.

Nonetheless, Chance’s “Social Experiment” tour still stood as a showcase of Chicago’s scene — even if it’s lost on some.

And Chance The Rapper still proved himself among the best in that city, as well as the hip-hop genre as a whole. 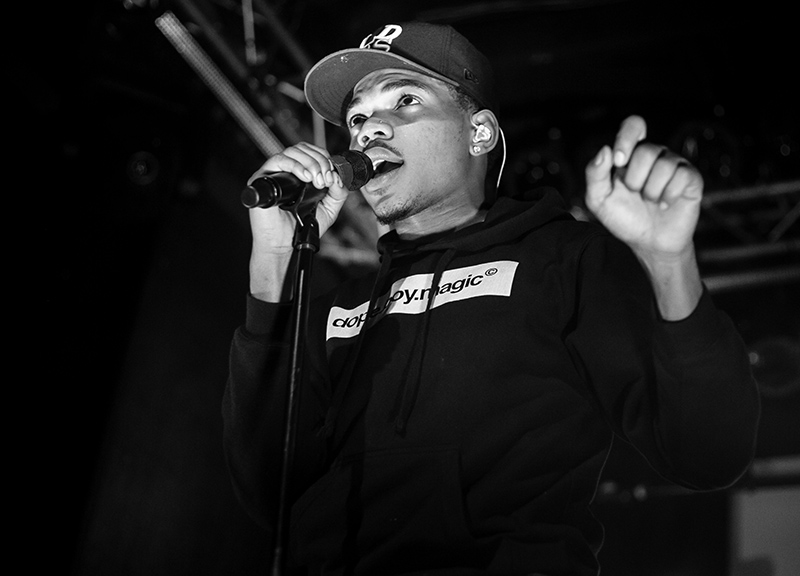 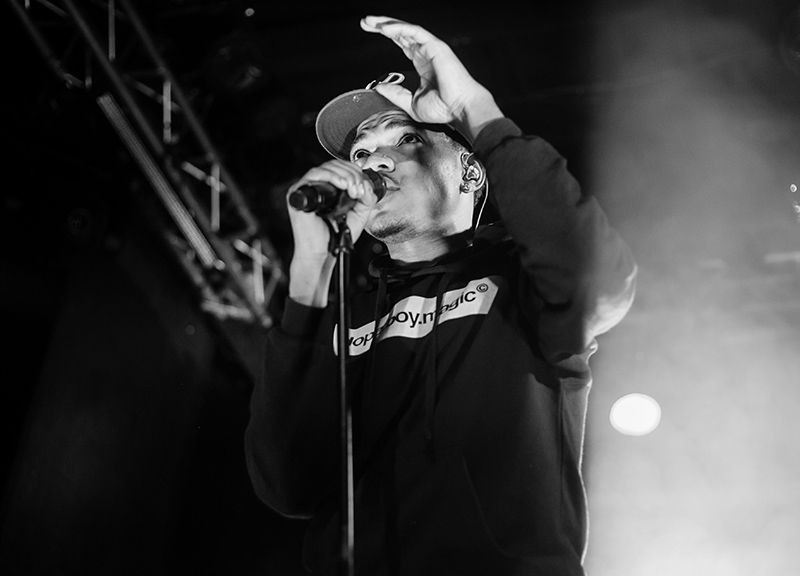 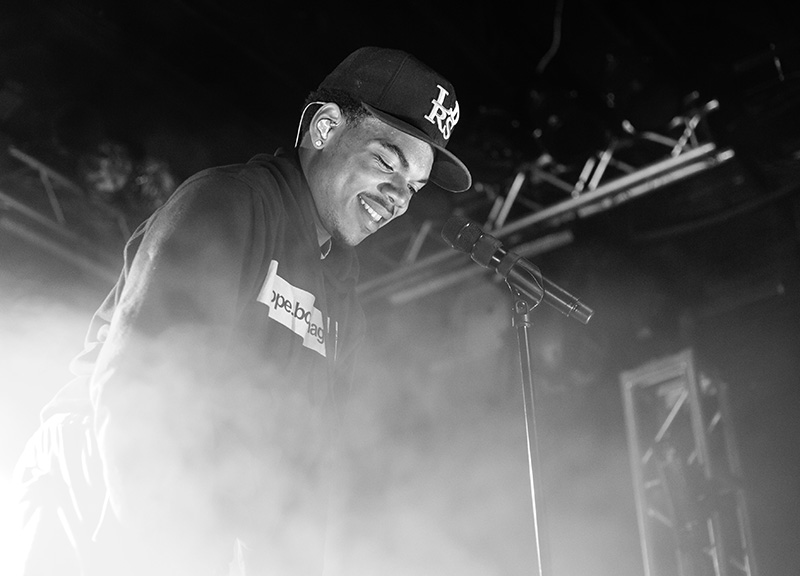 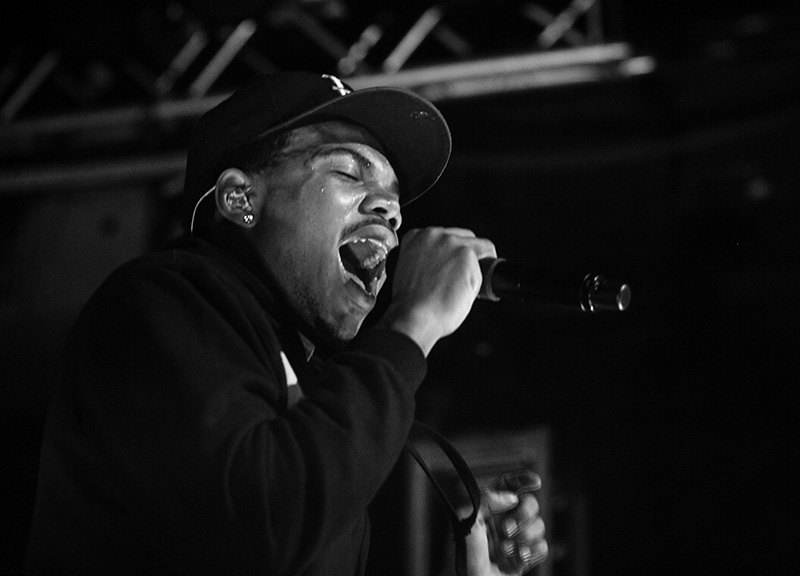 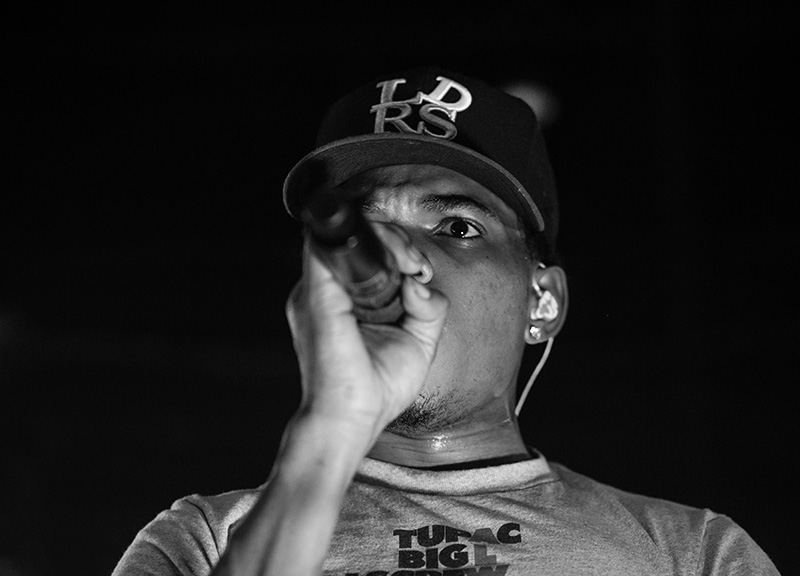 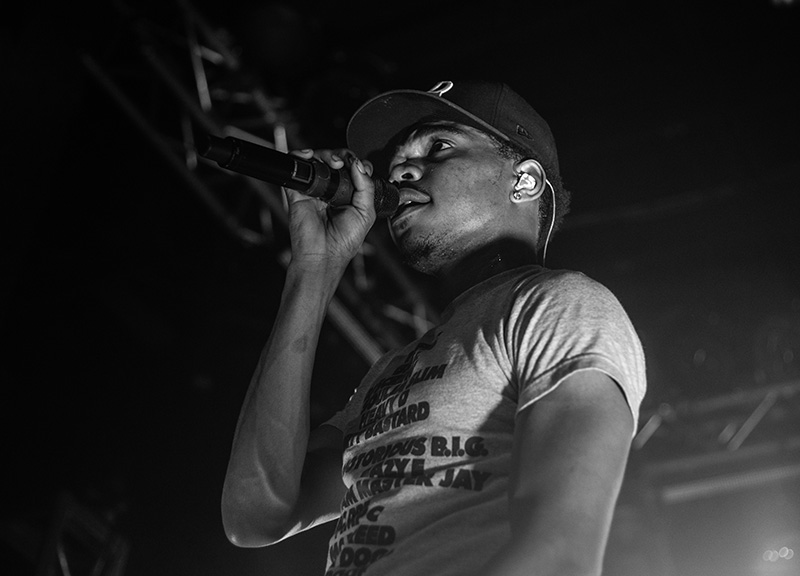 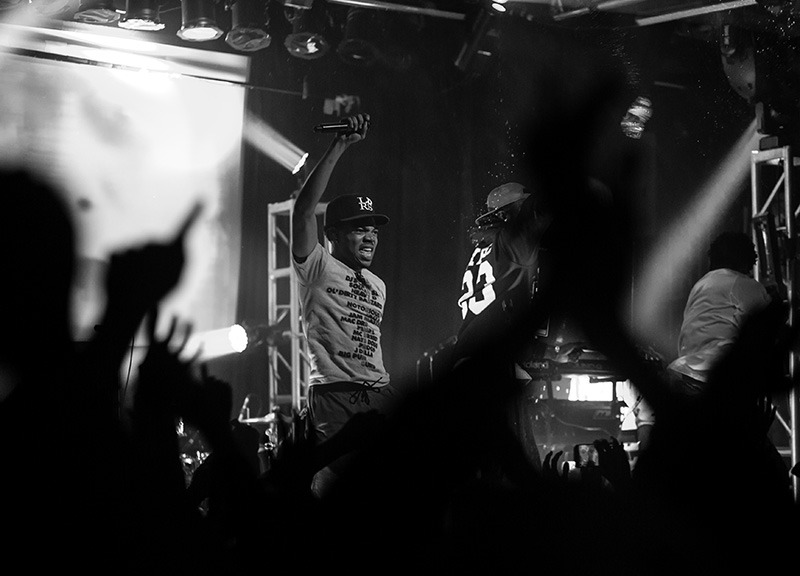 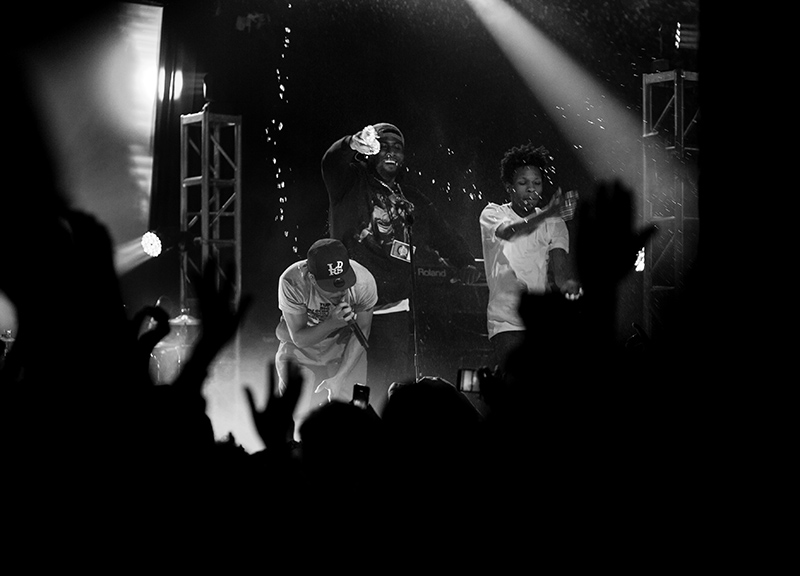 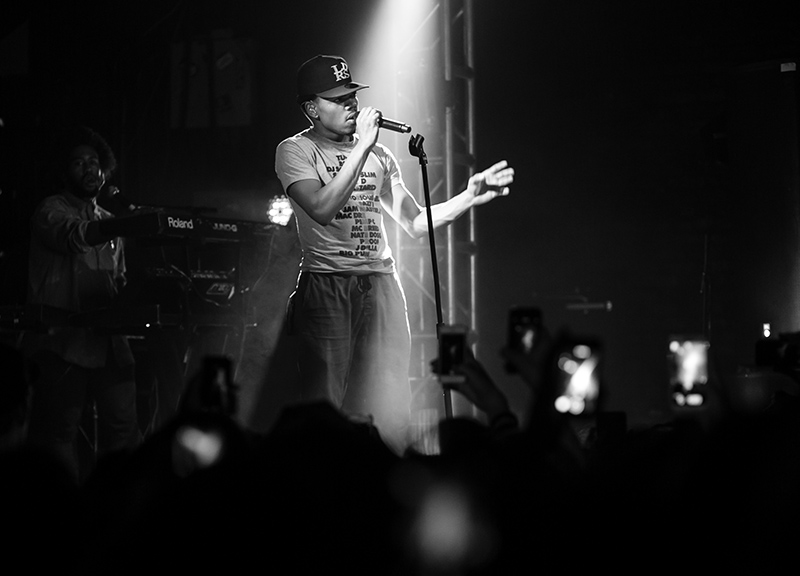 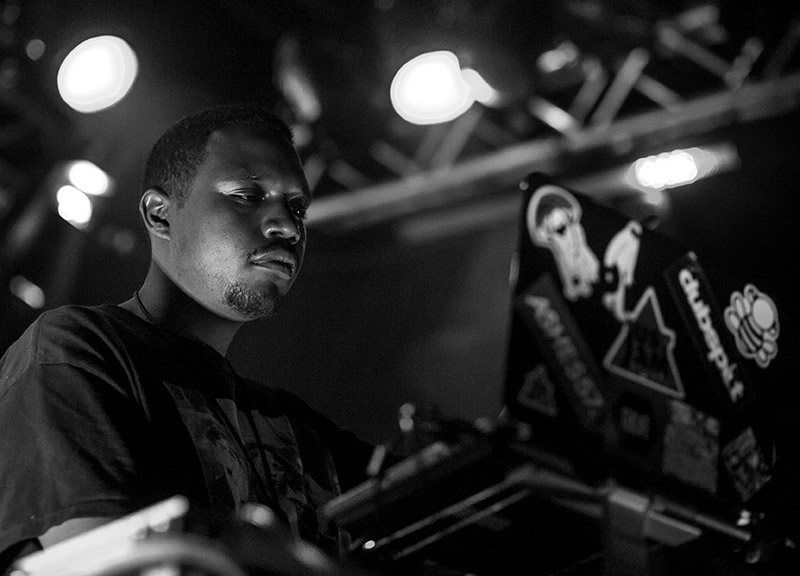 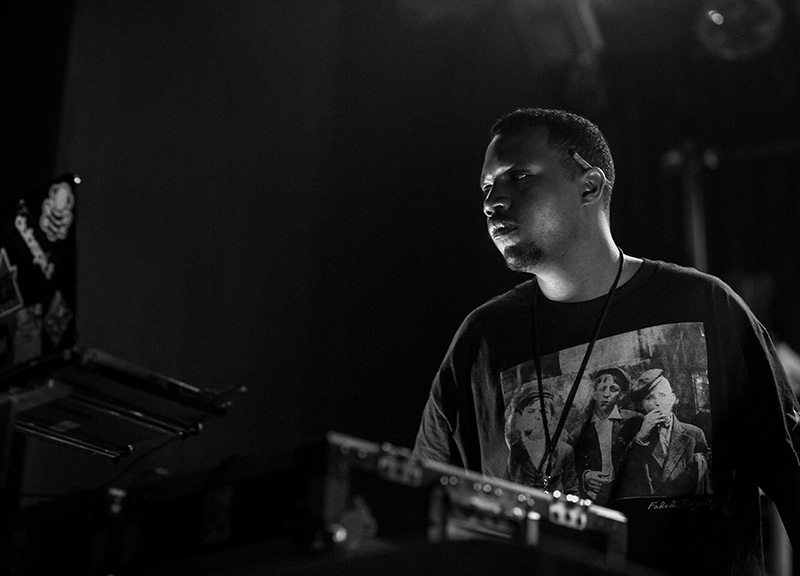