Hail To The Chief. 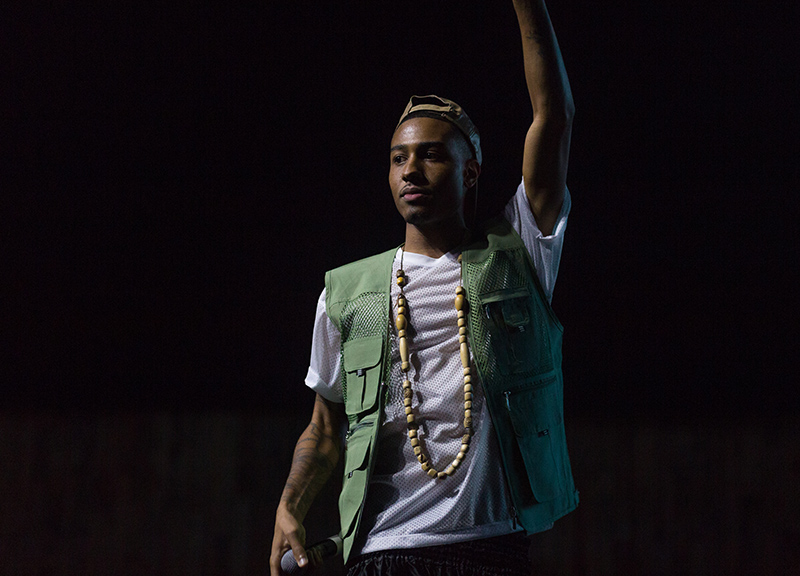 It should be common knowledge by now that any show involving Chief Keef is going to be a late one.

Some backstory: Riding the wave of his sudden “I Don't Like” success in 2012, Keef had a buzzworthy debut in Dallas booked at South Side Music Hall. There, he finally took to the stage at well after 1 a.m., to a thinned-out crowd. Most everyone else had left at least an hour earlier. On stage that night, he performed, at most, three to four songs. Worse, he largely let the crowd rap for him. Then, he vanished. His second go in town only featured more of the same as, a full year later, Keef recreated that performance verbatim.

It's just his modus operandi, I suppose.

Or, rather, maybe it was. Last night at Gas Monkey Live!, Keef and the rest of the performers on this so-called Summer Fest tour offered up a different, far more professional showcase. Better still, the fest featured a solid and hefty lineup: Sir Michael Rocks, Robb Banks, Glo Gang cohort Fredo, Travis $cott and Dallas' own G.U.N., as well as the ever-controversial Keef himself.

For a minute there, though, it seemed like Dallas was going to get dealt the same hand it had seen previously. When the time for his set came, Keef held things up for an awkward hour, putting an end to what to that point has otherwise been a well-run show, and effectively killing any fervor that the opening acts had built up. For much of that time, the crowd was chanting demands for Fredo or Keef to take the stage, but to no avail.

Eventually, though, the duo would indeed arrive. And, after a short set from Fredo, the Almighty Sosa finally took the stage. He was great, too: Instead of lazily working through his catalog like he had in his previous two Dallas trips, Keef was rambunctious and wild the whole time. He was so into it, in fact, that a few songs into his set when he broke his chain, he tossed it to one of his handlers without hesitation and kept the turn-up going.

This was a new Chief Keef. It felt more like a set from Waka Flocka, really. He had all the right moves. He wasn't drowned out by his own vocal tracks. He jumped into the crowd, took selfies for fans, tossed hundred dollar bills into the air and refused to leave the stage.

Actually, that last part was a bit of a problem. While it's nice to have a Keef on stage who isn't staring down the exit sign, this Keef literally sat on a monitor and took requests from the crowd before he was finally convinced by management that his time was over. Even then, holding on to the microphone, he continued to rap on his way to his green room, all the while letting everyone in the room know his Bang 3 pt. 2 release is coming in two months following this week's release of Bang 3.

Travis $cott was the only one negatively affected by that move, but it was an issue for the headliner. After a quick stage change (read: removing the 50 or so stragglers left behind off of the stage), Scott tossed off a non-confrontational comment about how long he'd been waiting in his vehicle to get on stage, then quickly jumped into his set, demanding nothing but chaos from the wobbly crowd at 1:40 a.m. From there, his shortened set meant he was forced to rush through material from his upcoming Rodeo album and last year's Days Before Rodeo mixtape. Though $cott's provided Dallas with some real thrills of late and in recent years, this showing was too little, too late. The crowd had simply seen too much before him. Or as $cott himself claimed, the crowd was at a level five, energy-wise, when he was looking for a 30,000.

Good on $cott for trying, but that just wasn't going to happen.

Against all odds, Chief Keef has already stolen the show. 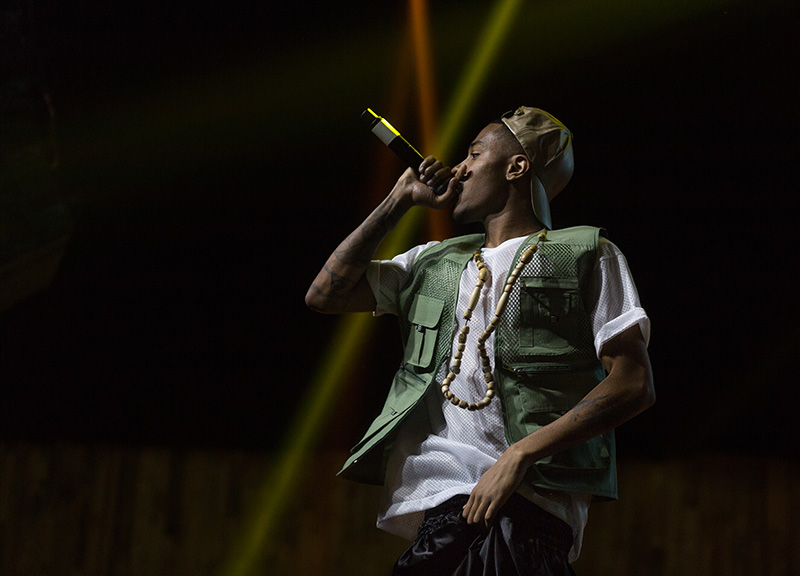 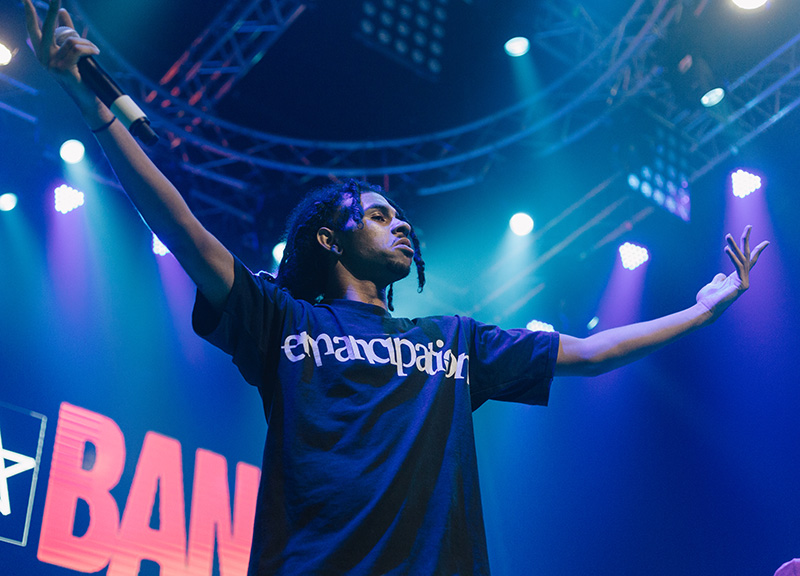 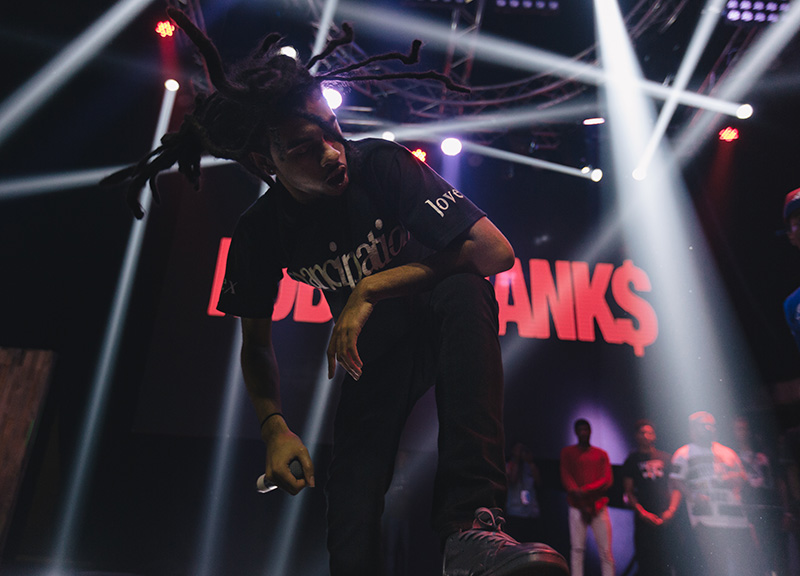 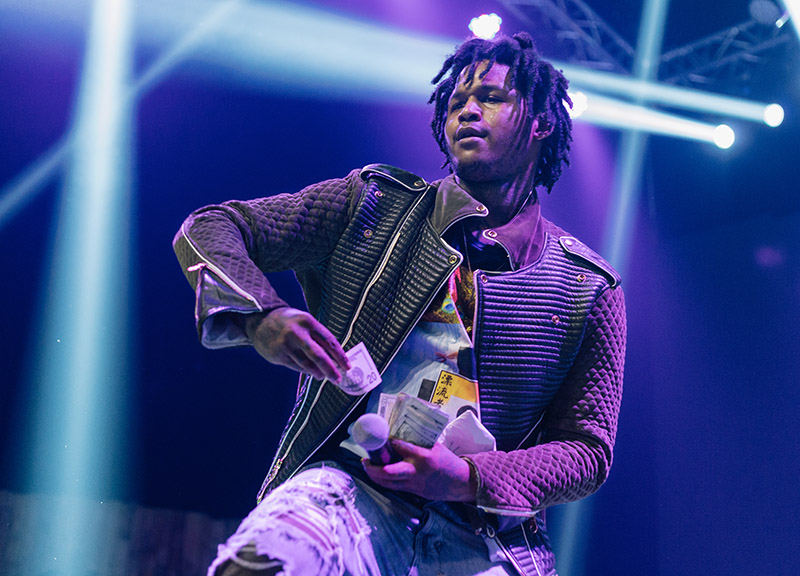 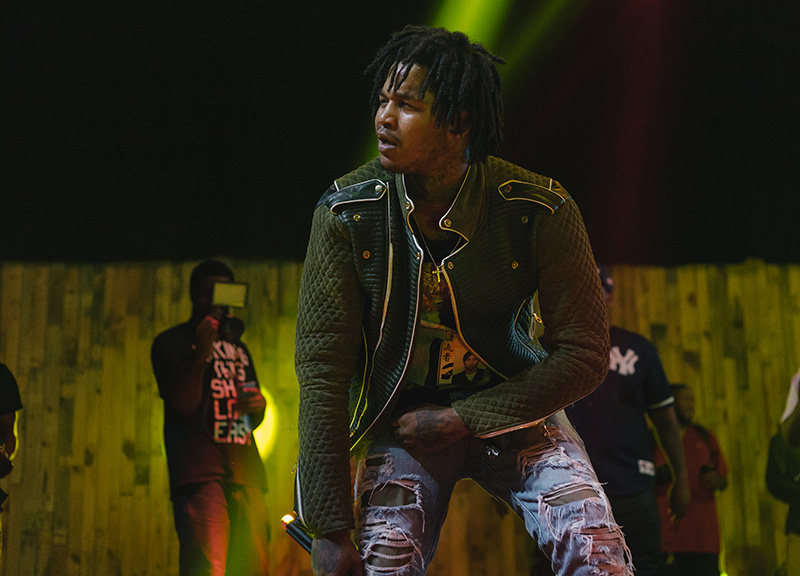 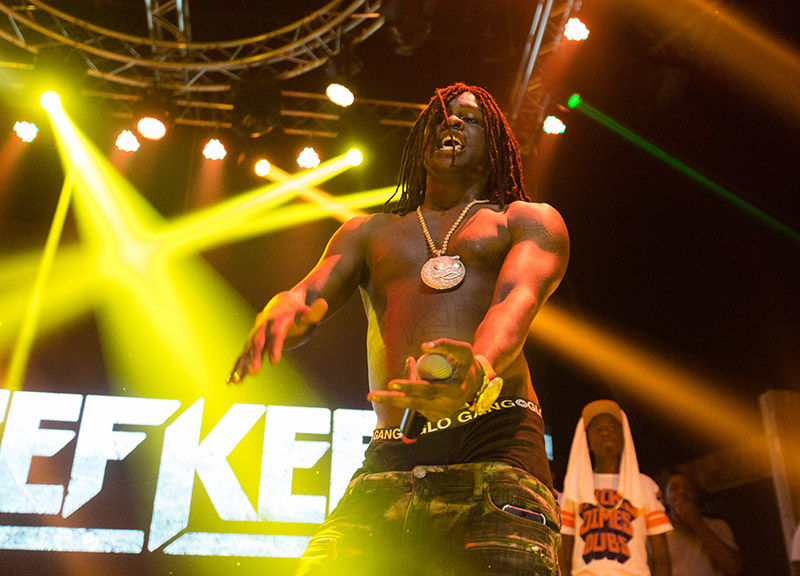 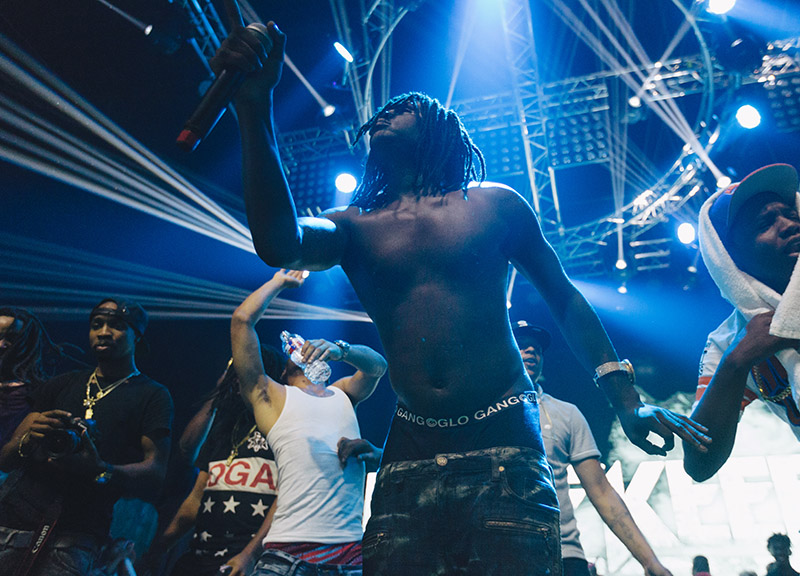 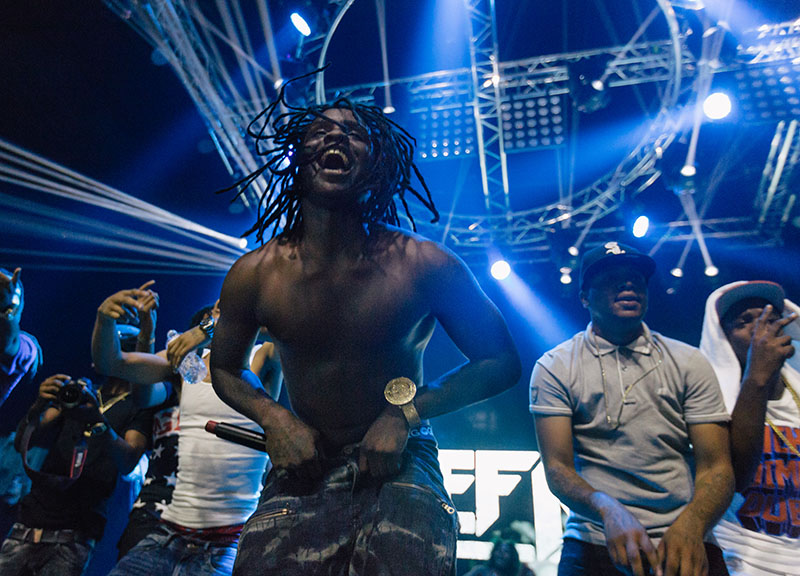 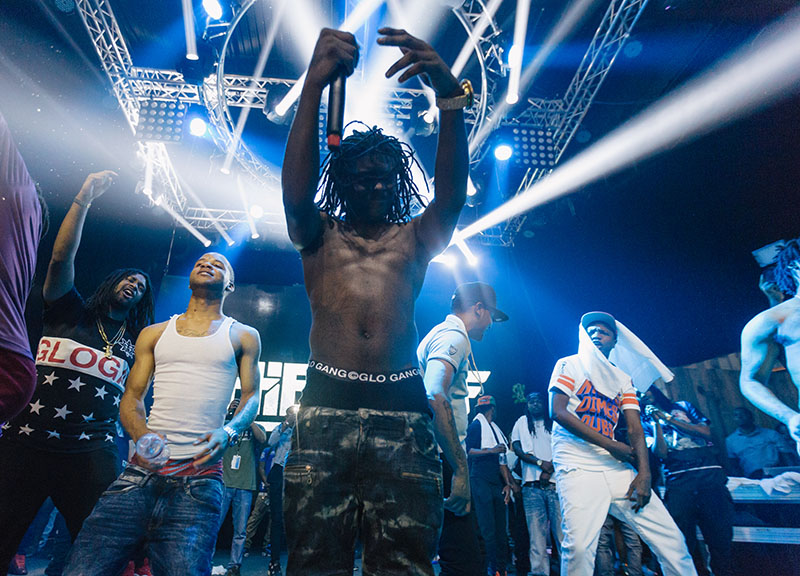 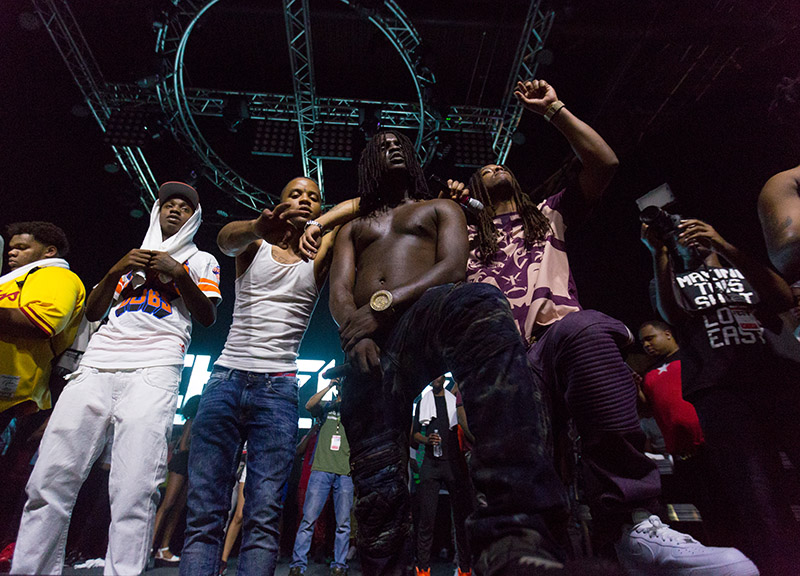 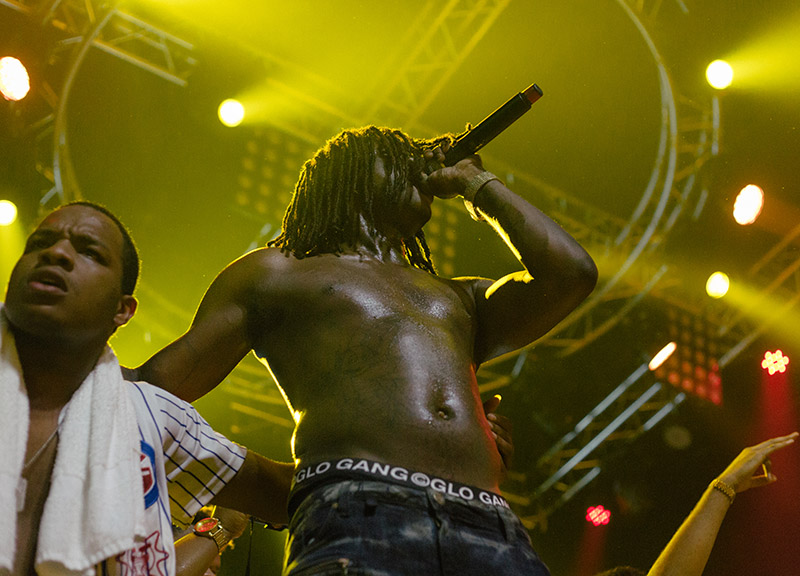 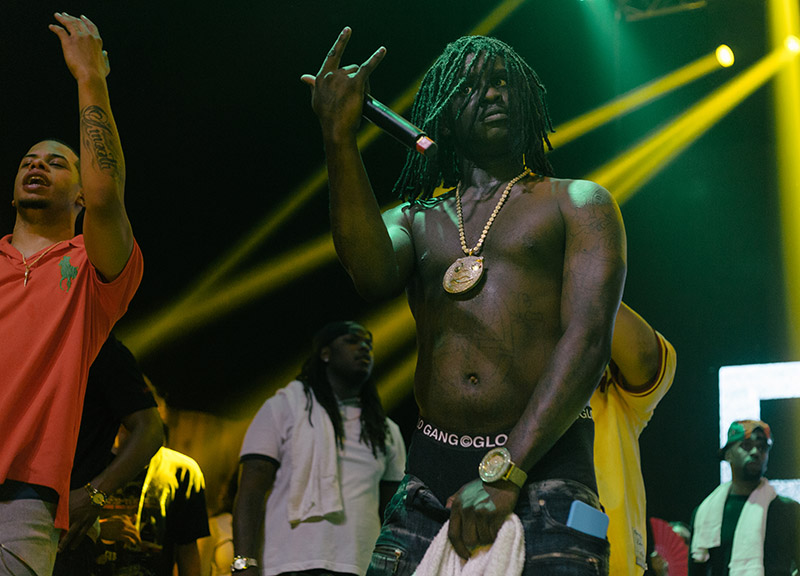 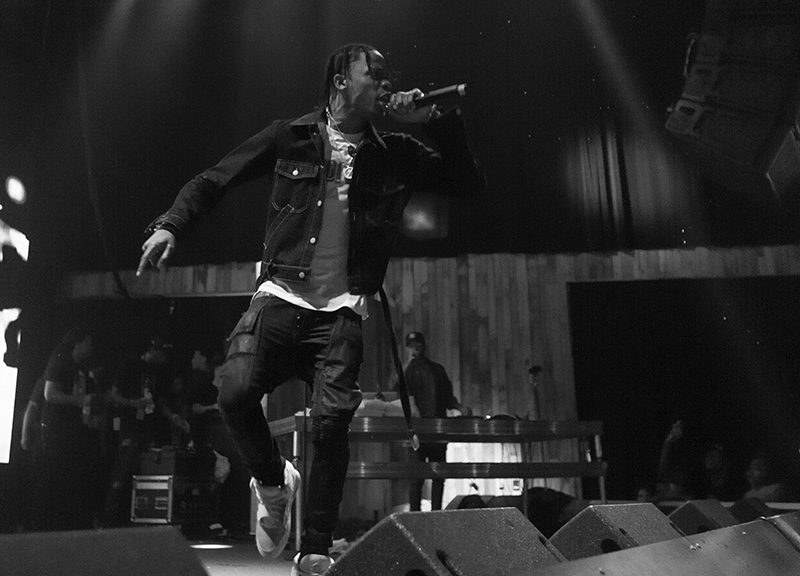 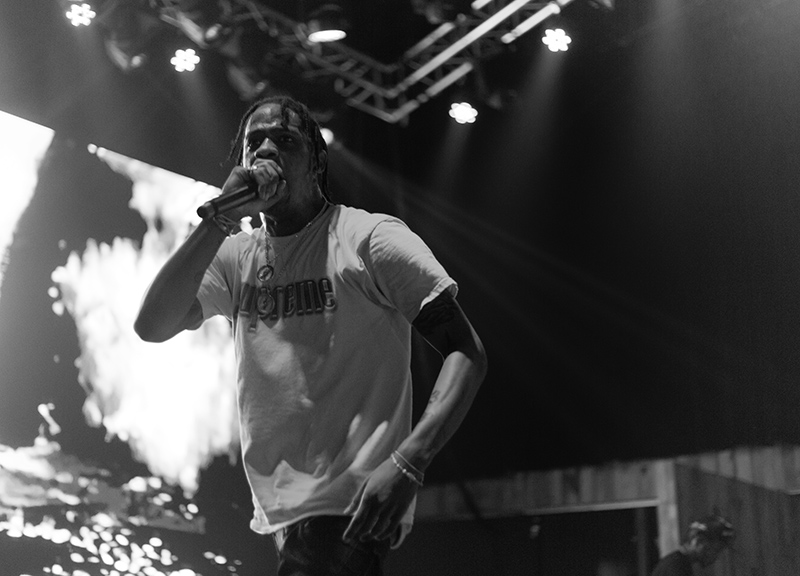 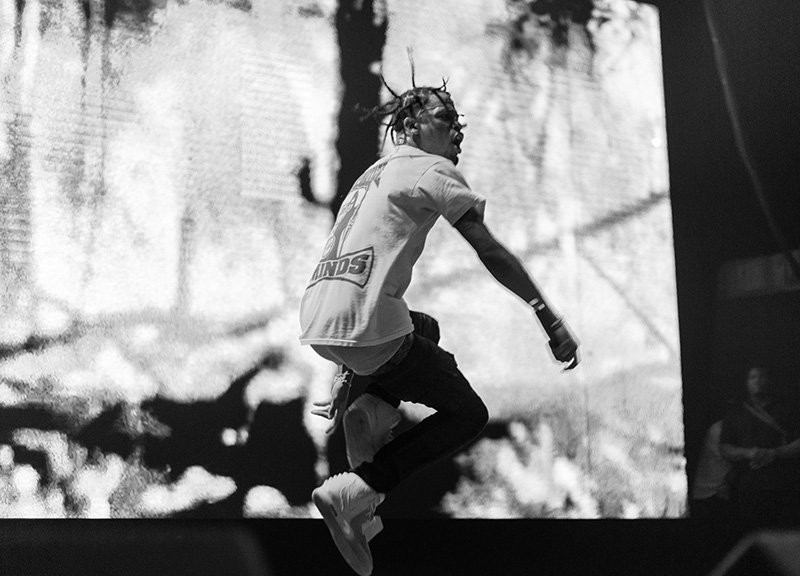 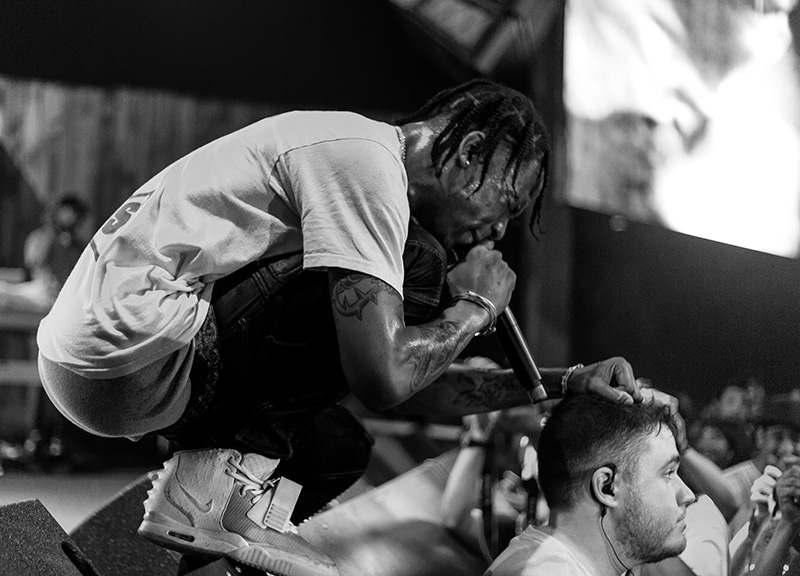 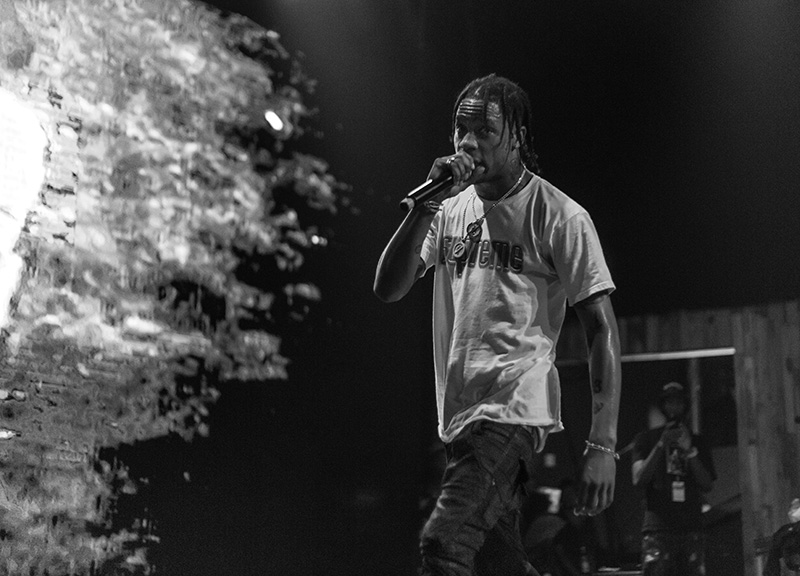 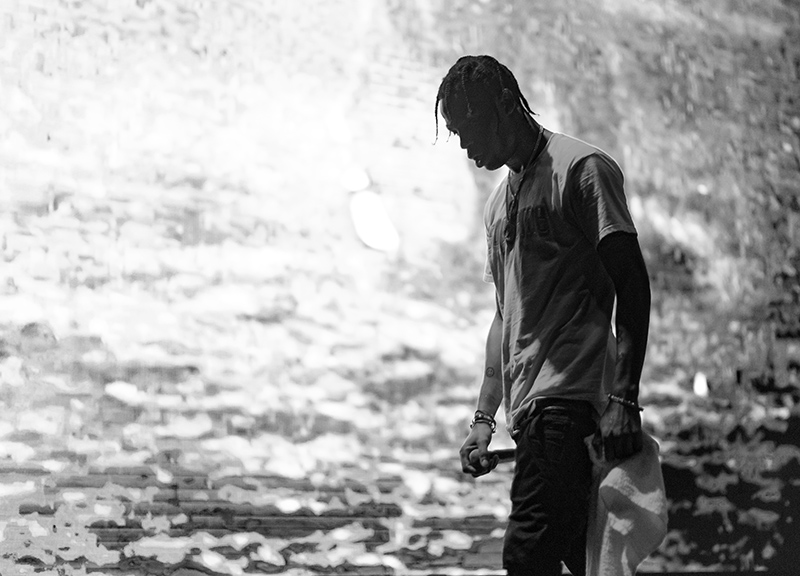