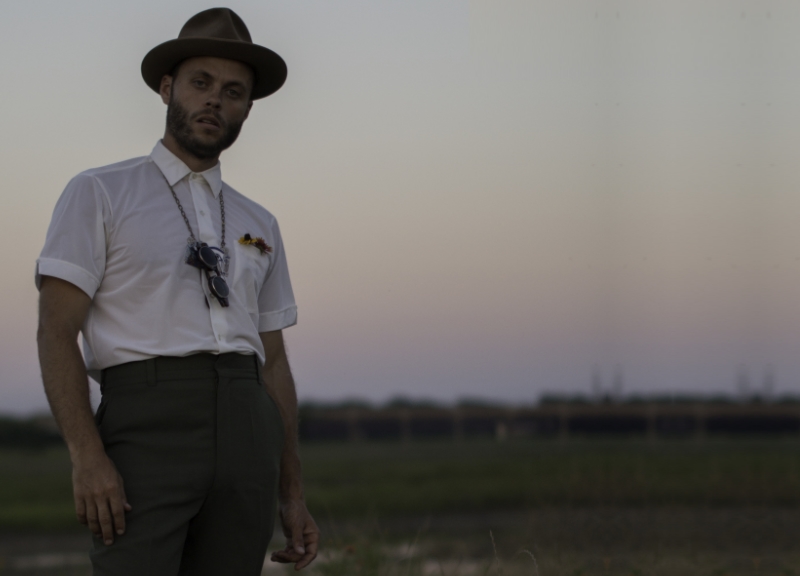 Like his buddy and fan Leon Bridges, Charley Crockett dresses and sounds like he’s from another time. His vintage gear, his genteel demeanor and his recorded-straight-to-tape albums help sell the illusion, too.

But whereas last year’s A Stolen Jewel showed off Crockett’s ability to lightly dip his toe into many musical waters — soul, Cajun, country and jazz, all commingled through an old timey blues-folk filter — his new long-player, In The Night, finds him genuinely excelling at each of these, and with a newfound aplomb.

With the well-rounded songwriting capabilities of Van Morrison and a vocal approach that finds the common ground between Bill Withers and early Dr. John, Crockett effortlessly bounces from the traditional country of “Look What You’ve Done” and the two-stepper he’s turned Jerry Lee Lewis’ “What’s Made Milwaukee Famous” to the Treme soundtrack-ready “Cry for Me” and the upbeat Louisiana gypsy jazz he’s turned Freddy Fender’s “Wasted Days and Wasted Nights” into by flipping the entire thing on its head and injecting a brand new sentiment into the beloved Texas classic.

From there, he pulls off some Texas swing (“Ain’t Got No Time to Lose”) and does the ’60s R&B revival thing (“After the Laughter,” “In the Night”), while flares of jazz trumpets, soulful organs, plunky pianos, jaunty accordions and the sexy sax playing of Leon Bridges sideman Jeff Dazey really puts the entire collection of tracks over the top.

But never do all of the pieces come together more perfectly than on “Silver Dagger,” a track we’ve been #blessed to premiere here.

It’s a soulful bit of throwback, sure, but not in a trying-to-ride-Bridges’-coattails kind of way. Nor does he mine any of the same influences of yore, really.

Slick though it may be, Crockett’s delivery is more aggressive than Leon’s, and his backing players add a heftier pop. A jewel can’t be hid this time around, In the Night is chock full of bonafide gems.