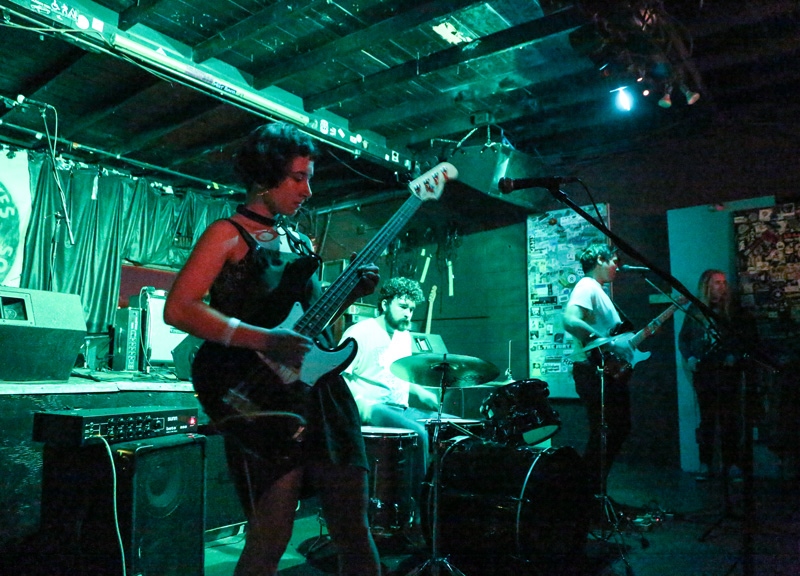 Parquet Courts is a busy band, constantly touring and releasing new albums with the fervor of a band that's still fighting for attention. Thing is, the Denton-sprung, New York based act is anything but that, having long received much praise from outlets like Rolling Stone and Spin and making a fan of David Letterman. And yet the band carries on: Last year, Parquet Courts released its second and third full-lengths; and, in the coming weeks, it will drop a new EP.

The supply matches demand. People just can't get enough of this group.

Parquet Courts is one of those bands that, no matter how many times you've seen them before, you still can't pass up the chance to see them again — yet even if you have to drive from Dallas Denton (or vice-versa) for the privilege. It helps, of course, that the band's usually promoting at least one new release every time you see them.

But last night at Rubber Gloves Rehearsal Studios in Denton, right where the band's members cut their musical teeth, it was the older stuff that resonated with the band's fans. And, in front of its adoring crowd, the band appeared to revel in that.

At one point, frontman Andrew Savage joked about how some old “Teenage Cool Kids Gave Good Head” graffiti in the ladies restroom at the venue — a reference to his old, revered Teenage Cool Kids band — had been painted over. With it gone, he wondered aloud if his Denton legacy wasn't as lasting as he'd assumed it had been. Surely, this was just a thinly veiled attempt at self-deprecation: This show had been sold out for months.

Still, time does change some things. Take, for instance, the start of the night, during which Parquet Courts tore through a number of new songs from its forthcoming Monastatic Living EP, churning out bursts of instrument flailing and guitar spasms for over 10 minutes at a time. It was a meandering introduction to an otherwise laser-focused, near-hour-long set.

Further endearing himself to the audience was guitarist and co-vocalist Austin Brown, who frequently joked about the nine homes he once lived at within the Denton's city limits back in his day. Neither Brown nor Savage shied away from the fact that this was a homecoming for them.

But it was more than just a night filled with nostalgia. No, this night was plenty fresh. Bodies were bruised and sweat was exchanged — everything you'd expect from such an exhilarating show from such a majorly hyped band in such a dingy little dive like Gloves.

It was like the band knew it was just the right time to his the refresh button on its Denton legacy. For, last night in Denton, Parquet Courts' legacy seemed to start again anew. 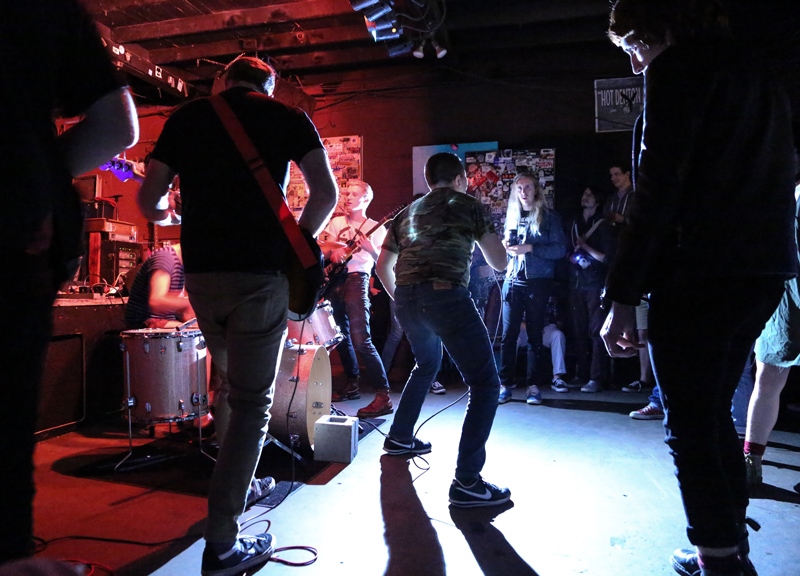 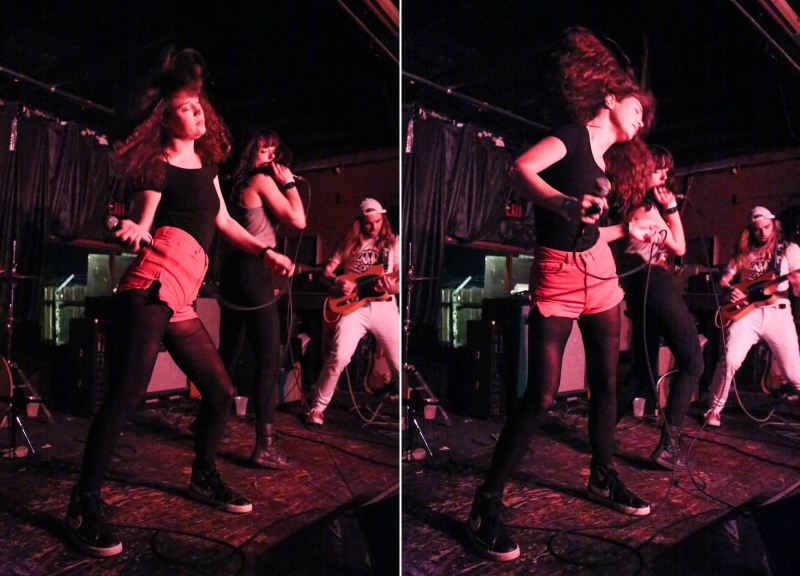 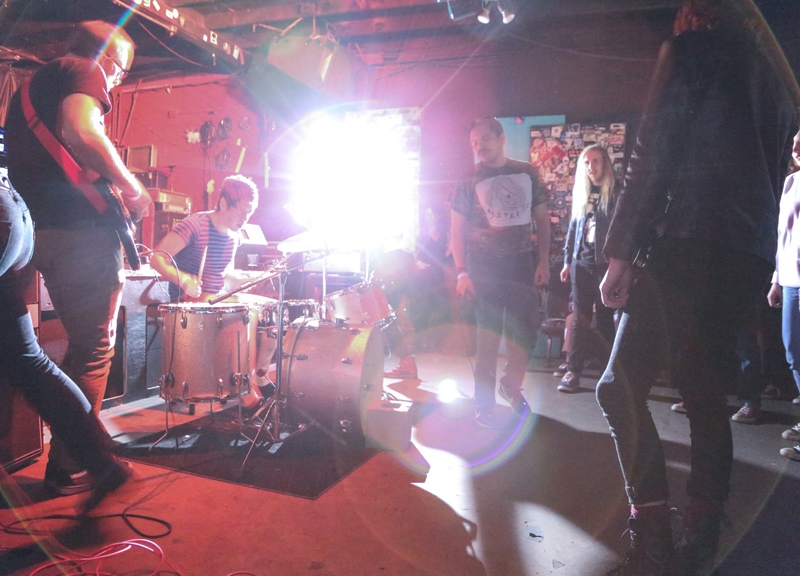 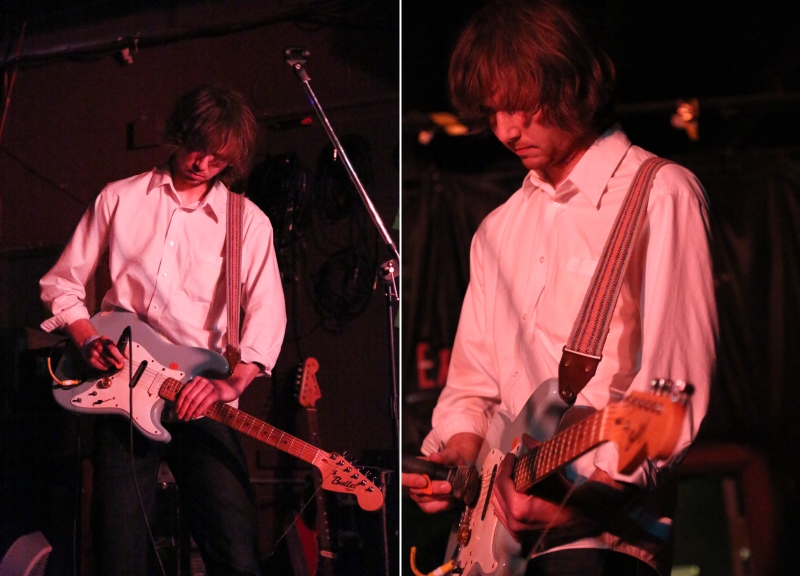 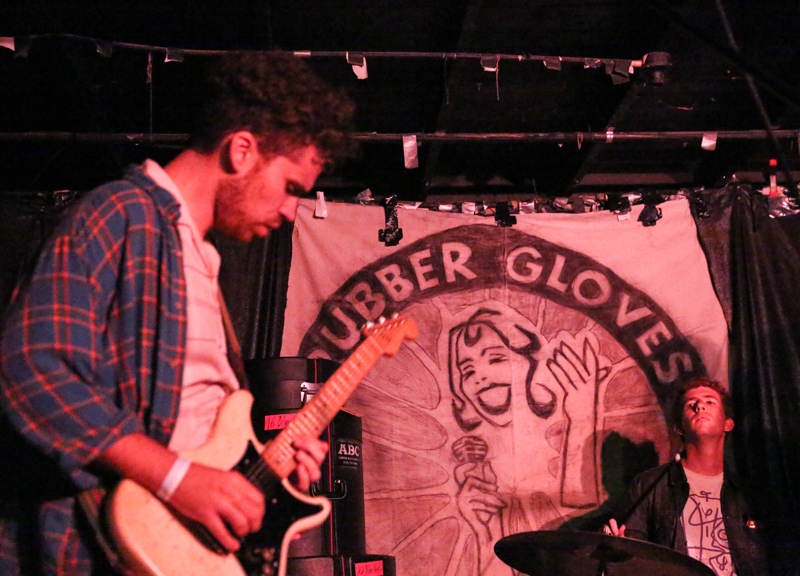 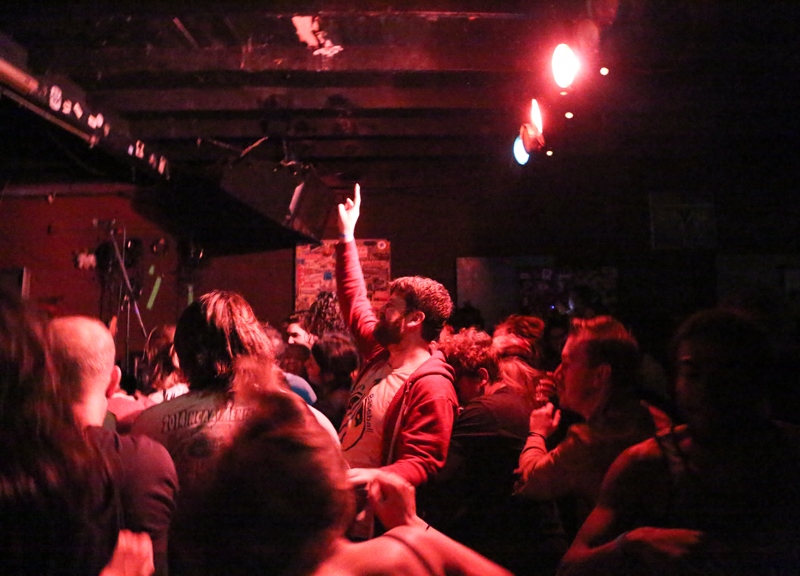 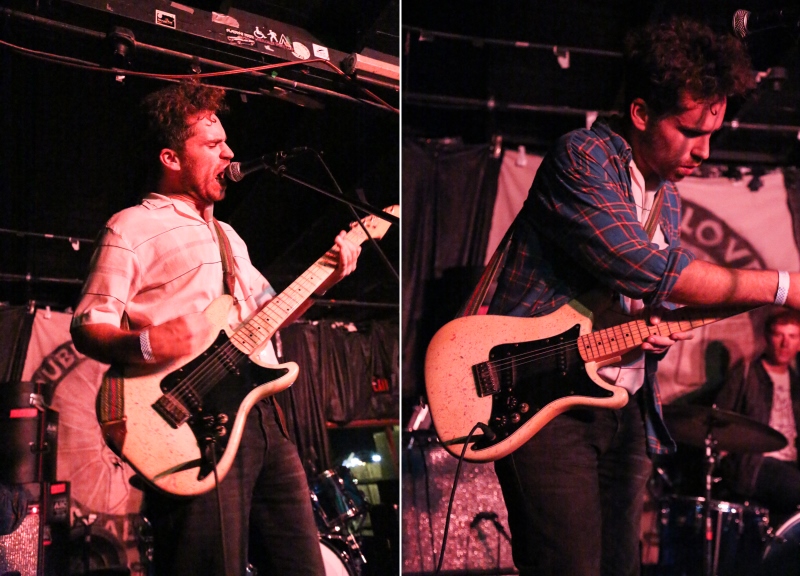 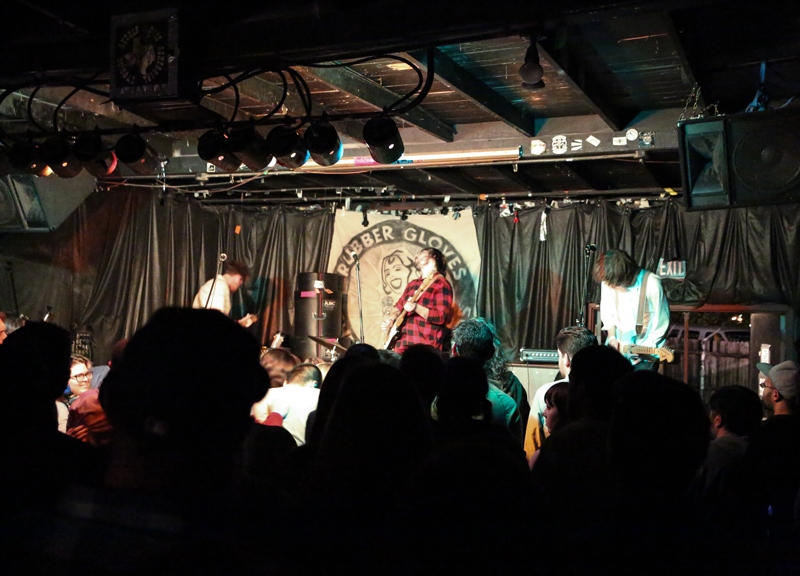 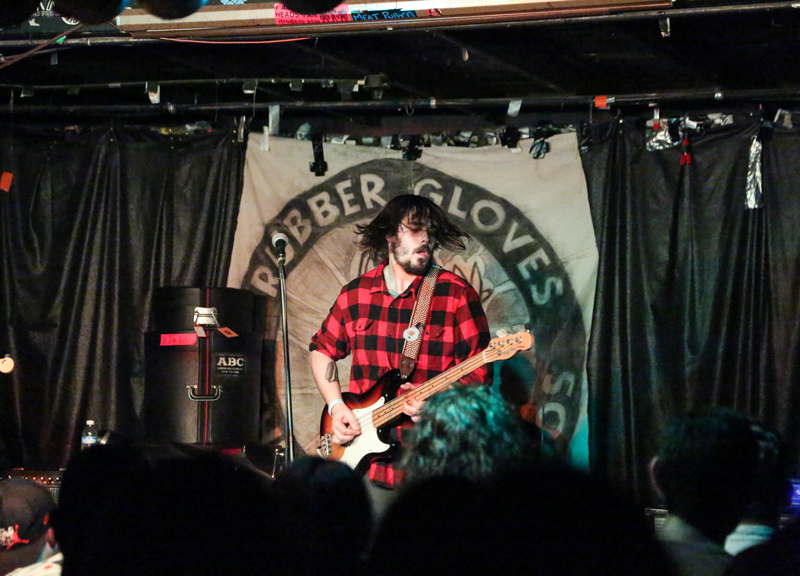 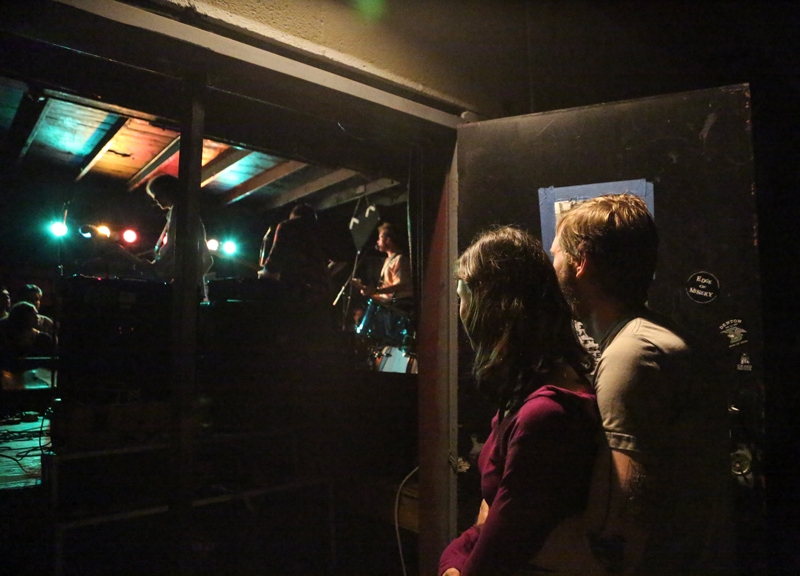 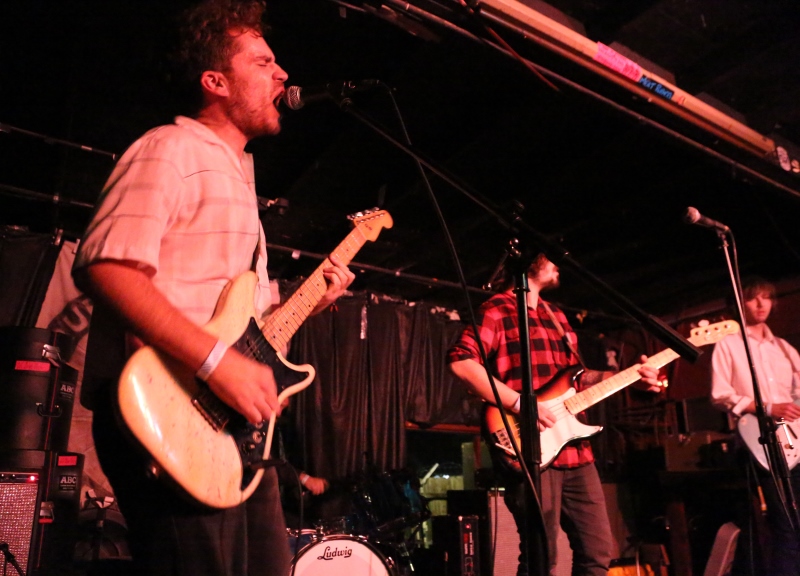