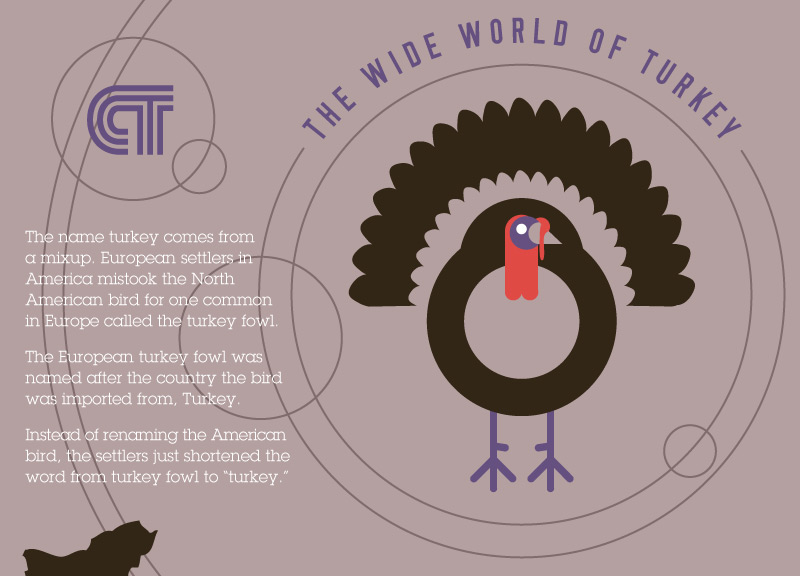 A Tour Around The World With Turkeys.

On Thanksgiving Day, a fairly large percentage of Americans will devour an absurd amount of food.

They’ll stuff their faces with pie, mashed potatoes, stuffing and maybe one or two green things.

Still, as any good American knows, the real centerpiece of any such meal is the turkey. And we eat tons of it on Thanksgiving.

But how much do we really know about the bird we so happily digest on this holiday? Probably not as much as we should!

For instance: Did you know that the turkey, although native to North America, has made its way around the world as a food source? It has, indeed. And, turns out, that story’s a pretty interesting one — it’s reflected in the names the bird boasts internationally, even.

To that end, read along as we circle the globe and take look into the etymology of the word “turkey.”

We promise, your family will be super impressed when you casually drop the name of this fowl in Swahili as you carefully carve it for serving. 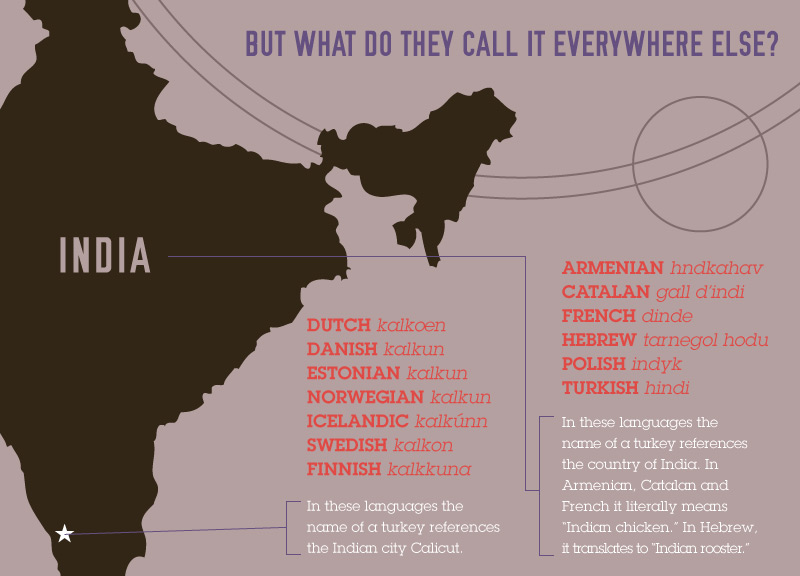 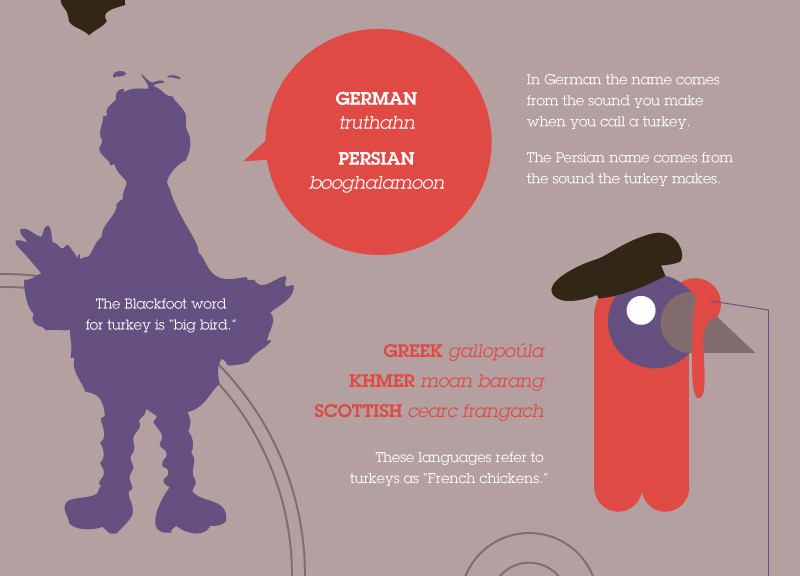 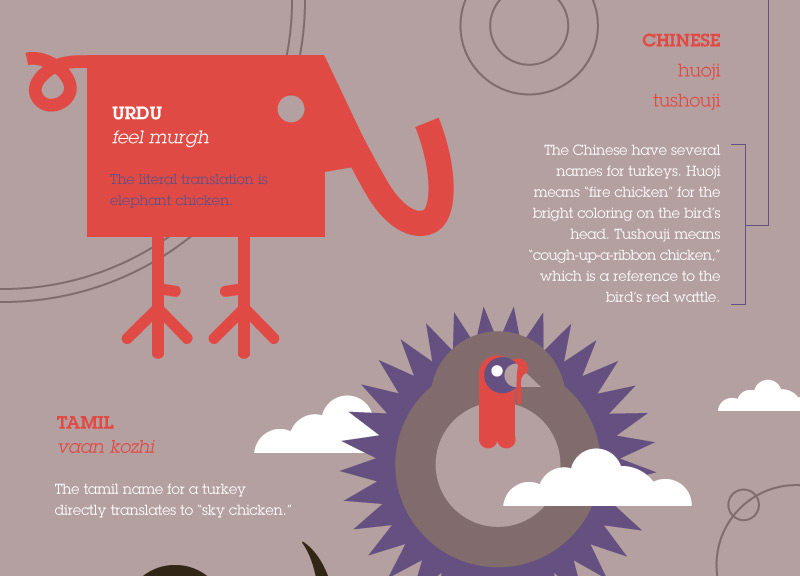 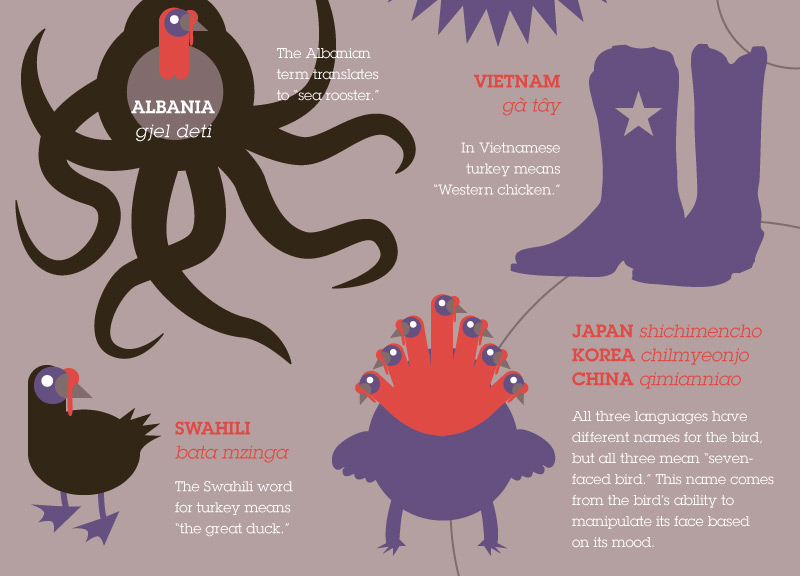