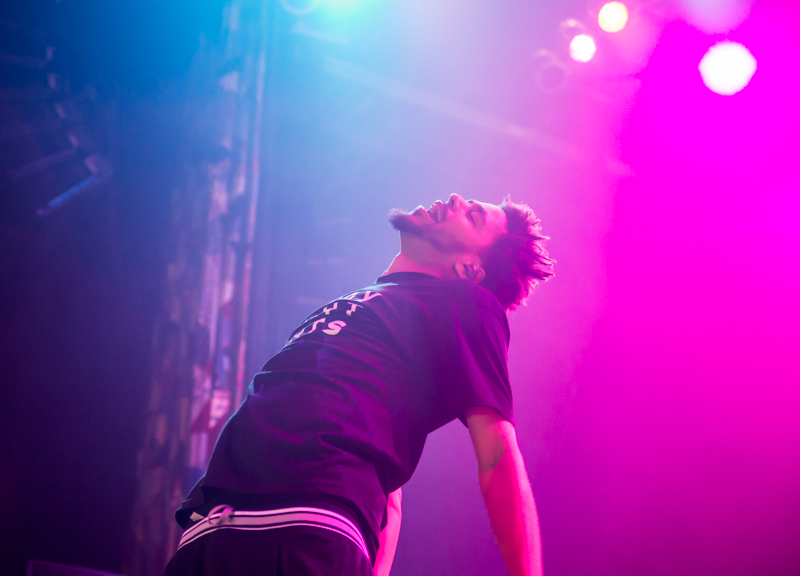 If it seemed like the upstart Go Figure festival had a lineup that was too good to be true, well, that’s recently turned out to be the case.

The festival, which would have been held on the site of the old Reunion Arena, initially touted a dense lineup worthy of the three-day festival tag. With festival veterans like J. Cole, 2 Chainz and Big Sean slated on the bill. For a first-year festival, Go Figure had a hell of a lot going for it, and an equally high bar to live up to.

Alas, it is not to be. The anticipation surrounding Go Figure’s lineup has been attached with a fair share of confusion in recent weeks, from performers not mentioning the event on their own channels to constantly changing lineups. And now the thing’s not happening at all.

In a statement posted on its website, the three-day festival has been “postponed until further notice.” According to the post, the cause of cancellation stems from concern over the recent number of shootings that have happened across the nation. Reads that statement in full:

Due to the recent tragic shootings across the nation, the Go Figure Music Festival has been postponed until further notice. The venue’s size, location and capacity has heightened security concerns, additional preparation is warranted in order for all precautions to be properly in place. We are currently working with the neccessary [sic] channels to have a safe and successful festival for everyone. Once all updates are solidified, those details will be communicated to all marketing and public channels.

We do apologize for the inconvenience caused. This additional prep time allows our organization the opportunity to create an even better festival experience than before. We are excited to continue this race to the finish line in making this event a success! Thank you for your time and support, look for additional updates to follow on Friday, July 22, 2016. All tickets purchased will be recognized!

That’s a fair course of action, but there’s something not quite right here. Since it announced its first wave of artists, the festival’s social media activity has been somewhat odd, to say the least. On its Facebook page, the festival ostensibly booked J. Cole, 2 Chainz, Big Sean and Monica to headline, though only Monica ever acknowledged as much publicly.

That is to say, it’s hard to take any statements from the fest’s camp at face value.

When we last spoke with the festival’s founder, Ray Alan, earlier this month, he told us he was still in talks to try and bring artists like Nas and T.I. in to perform, which seemed a bit odd given that the scheduled fest date of August 6 was less than a month away. Between that conversation and the fest’s cancellation earlier this week, the lineup was cut in half, and several social media posts were deleted. Numerous calls to Alan have since gone unanswered.

Organizing a festival of this size and caliber can be a daunting task, sure, which may account for some of the mixed messages posted on the fest’s social feed, and a lack of much other promotion. Or maybe it was all a ruse. Hard to say at this point.

The only thing we know for sure is that Go Figure isn’t happening on August 6. That postponement announcement on the fest’s site doesn’t make it sound like it’ll be issuing refunds, either.