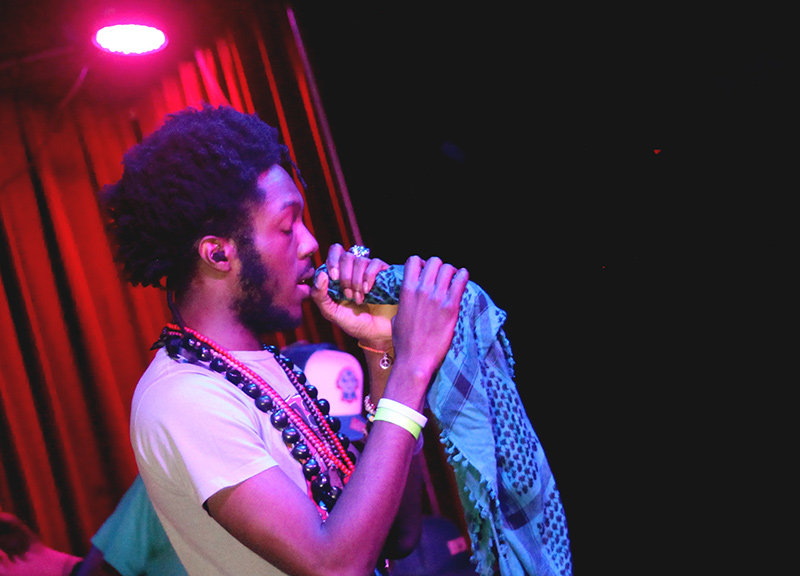 I get something of a sinking feeling when thinking about Saturday night's April Foolin' show at Club Dada. Mostly, that's because I spoke with some of the event's organizers before it, and they'd told me some lofty goals they had for the event, at least as far as attendance goals went. I won't bore you with what those stated figures were, but know this: The event drew less than half of those anticipated numbers.

Still, Dada was packed for most of Saturday night.

So what gives? Math, mostly. Chalk it up to inexperience; you can only fit so many people in a space before it reaches capacity, and if you don't ask a venue's capacity figures beforehand, you're just guessing as potential attendance numbers go. So, without telling you too much, I've just told you all you need to know.

Anyway, here's my fear: Because those stated attendance goals weren't — and couldn't possibly be — reached, I'm a little concerned that those behind the affair are going to feel like it wasn't a resounding success, when, really, by all other forms of measurement, it very much was.

First of all: The turnout? It actually was pretty impressive. No, bouncers may not have been turning away potential attendees at the door, but things felt pretty close to reaching that point a couple of times throughout the night.

And, better yet, this crowd was into this show.

Which brings us to my second, and much more important, note on April Foolin': This crowd was awesome. It was, as previously stated, an enthused lot, sure. But it was an open-minded, encouraging and diverse lot, too.

That was the goal of April Foolin', and it was pretty clear given the bill. Sure, the event was a little hip-hop-heavy, perhaps — area rapper -topic was the one who put it together — with sets from Mga-Czar, Raw Elementz, Brain Gang and, of course, -topic himself. But there were outliers added onto the offering, too — synth outfit Cutter, pop dup KoZmic Sisters and EDM duo Lady Chase, among them. Some of the performers were better than others; the more confident and experienced of the performers (-topic and Brain Gang especially) shined the brightest. As was to be expected, really.

But, point is, people paid attention throughout. They very much seemed to be giving each performer a chance. And that was all that this event asked. The idea here, simply enough, was to show off that there are multiple facets here in Dallas, which, as those paying attention know, there very much are.

April Foolin' showed that off well.

And, at the risk of sounding a little preachy (or, gasp, cheerleader-y), make no mistake: That was a cool thing to see go down — and especially so, given that this all was coming from the largely new-to-the-scene set behind this affair.

Traditionally, Dallas is a fairly self-segregated market. We all know this; this isn't some sort of blasphemous reveal being made here. But, slowly but surely, this has all been changing like crazy in recent years. Five years ago, you just didn't see this kind of cross-racial, cross-genre collaboration around town. Not on the level that it's happening at these days, at least.

(Or, I don't know, maybe you did. But, aside from the random show where PPT would pop up on an otherwise all-rock bill, I personally didn't see much of it, and, on some levels, it was essentially my job to look for it.)

These days, thanks to events like April Foolin', this kind of thing is turning into a new normal here in Dallas. And there's just no way — on any level — that one can really see this as a negative thing.

Chalk it up to naivete on the part of this new generation of artists taking over the North Texas scene, perhaps. Maybe they're just too inexperienced, or too ambitious, to think that efforts like this one, which saw a dozen acts performing across two stages over a seven-hour period, won't work. But, truth is, with increasing regularity, events like these are succeeding. And that's an amazing thing.

Hence that sinking feeling I mentioned at the top of this post, I guess: It'd be a shame for -topic and his collaborators to think that Saturday night was anything less than a winning effort just because their attendance figure goals were too lofty to begin with. Because, truth is, this event wasn't anything less than a win for the home team.

It was cool. Not just for the people who threw it, but for Dallas as a whole.

So let's applaud this crew, yeah? It's OK to do it.

Because there's nothing wrong with applauding progress. Not when it's deserved. 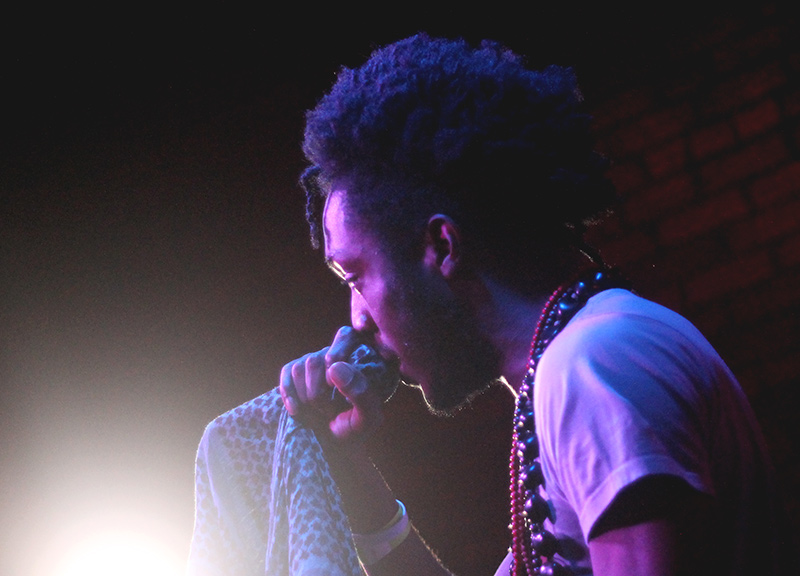 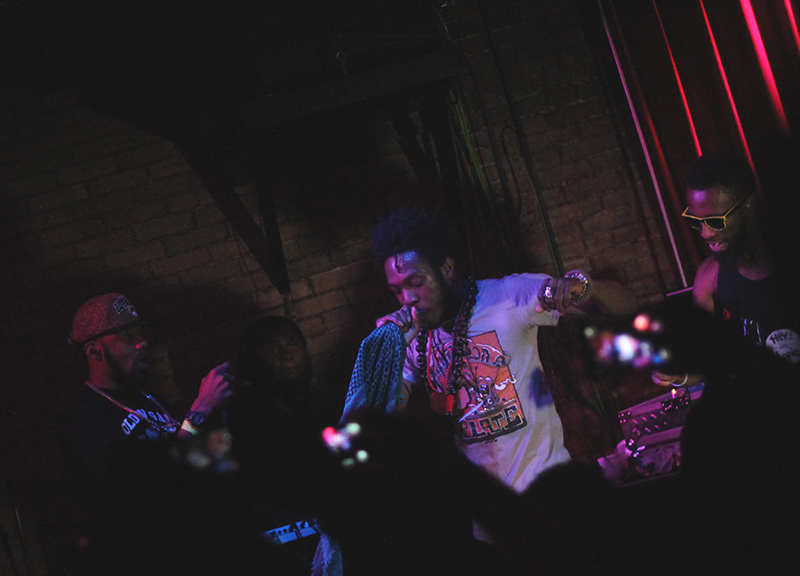 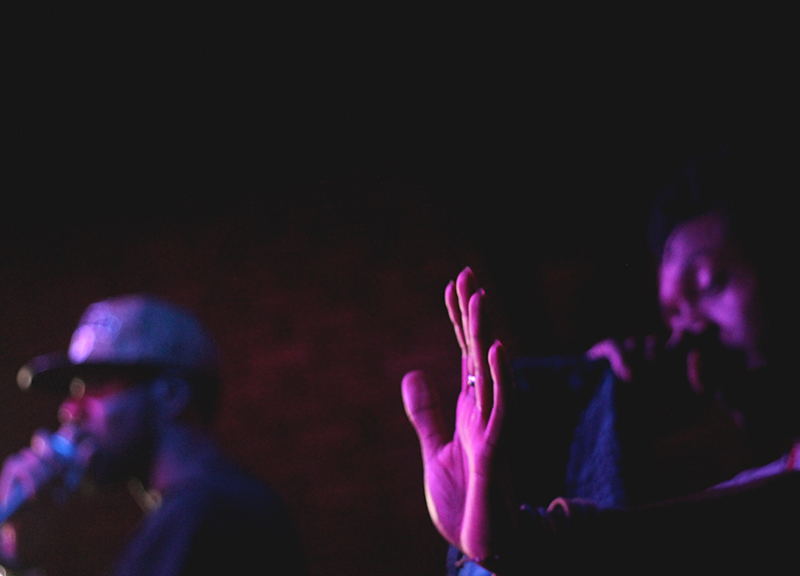 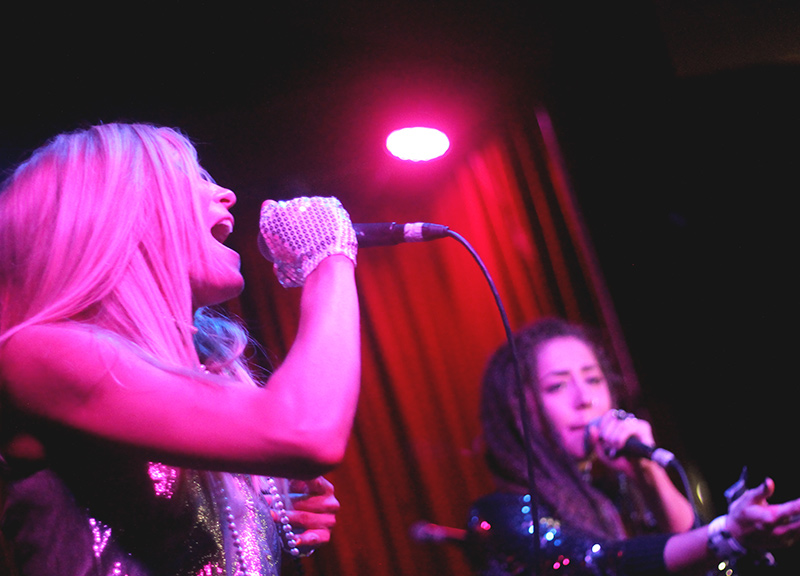 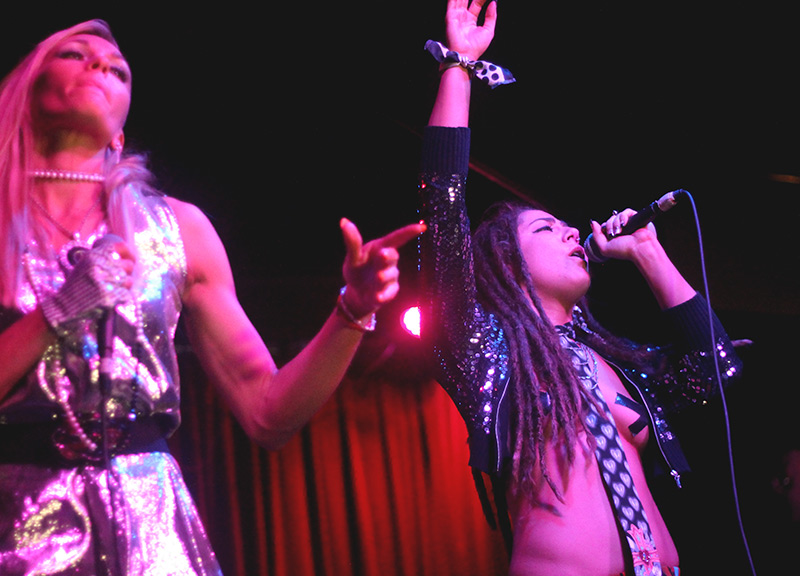 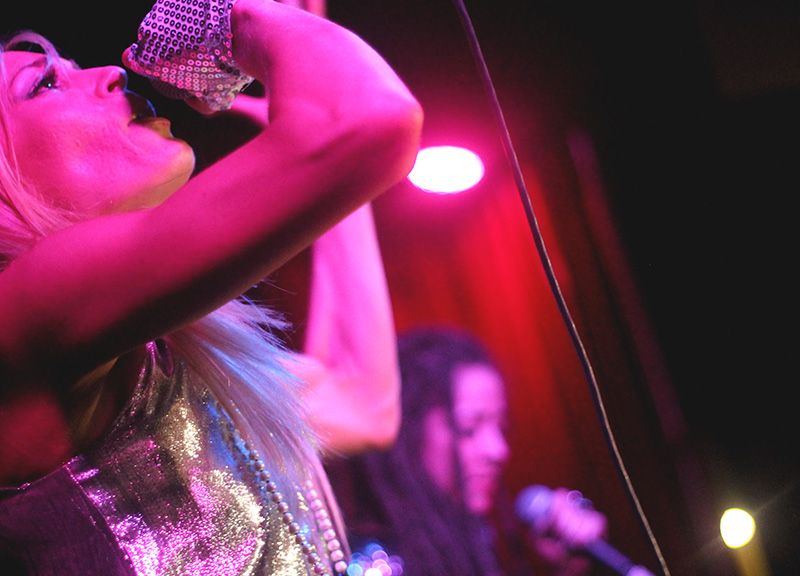 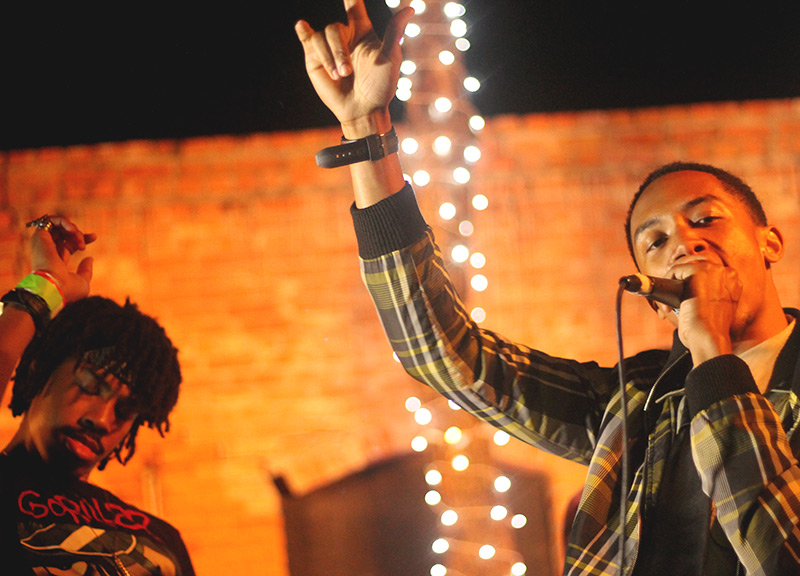 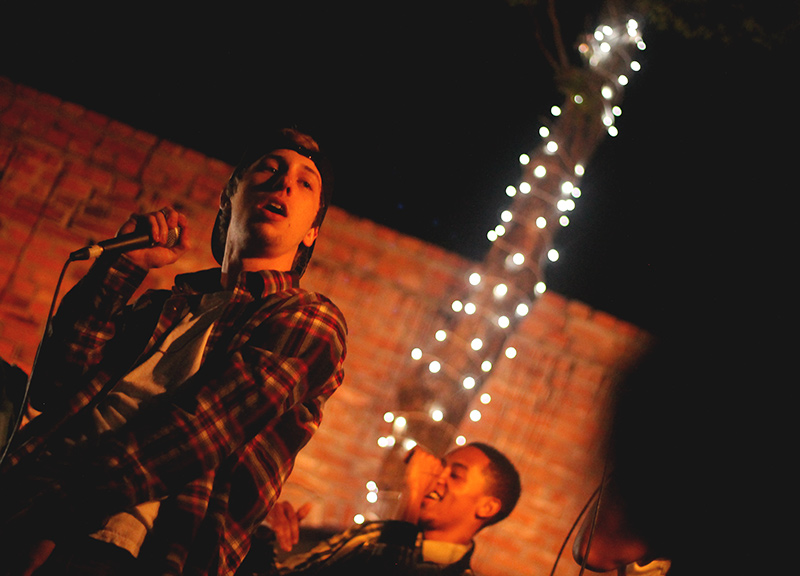 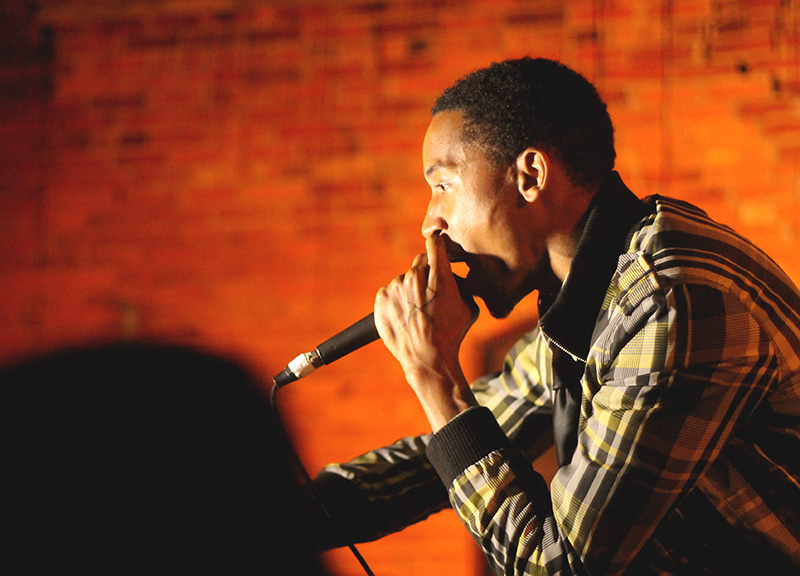 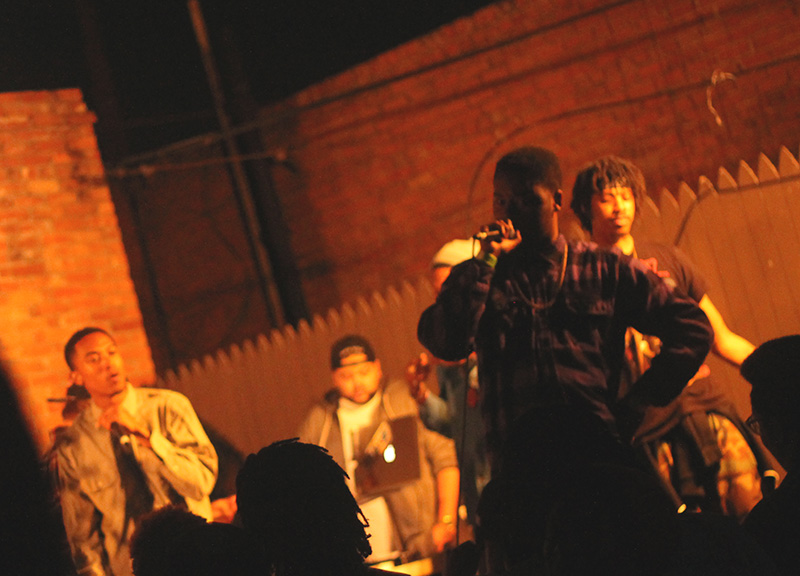 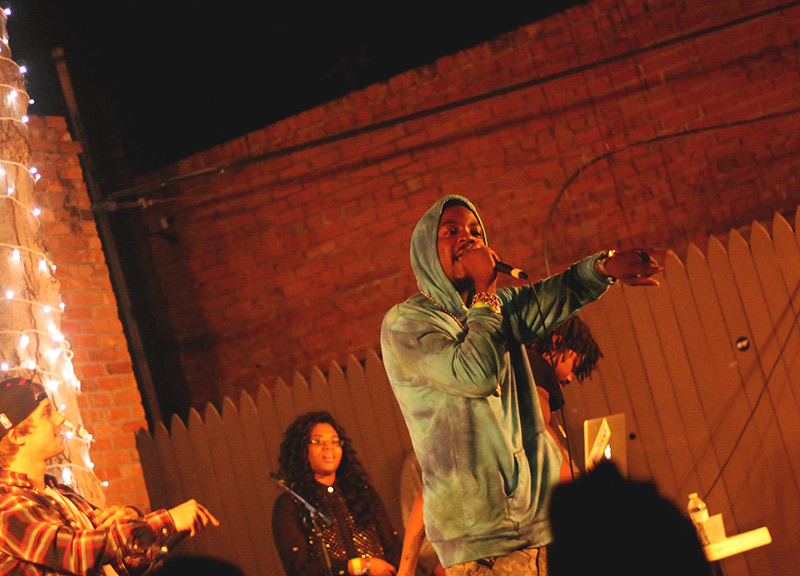