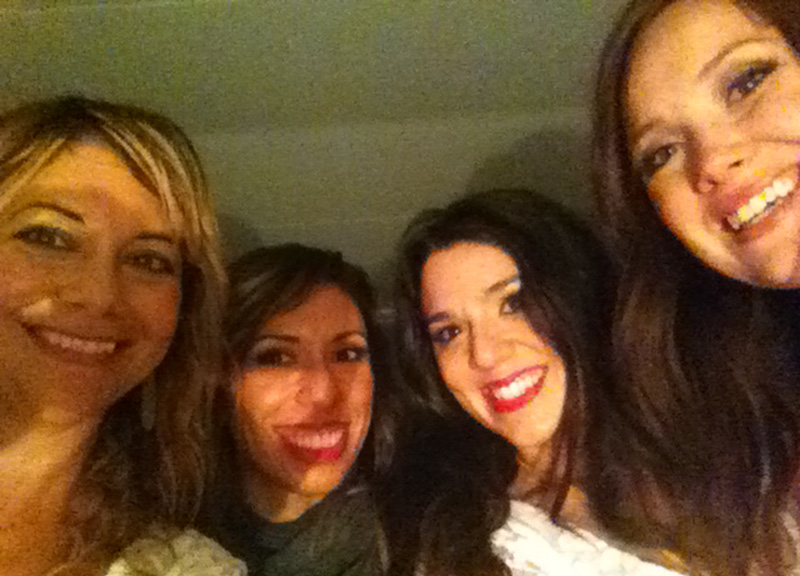 The Polyphonic Spree Reflect Upon Their World Tour, Prepare For Their Hometown Album Release Show.

There’s no question that the Polyphonic Spree is quite literally the biggest band in town. All jokes about dozen-plus member outfit aside, the group has also arguably been Dallas’ most noteworthy musical export for the past decade. But rarely has anyone ever peeled back the curtain and gotten to really know the personalities of the group’s individual members — or seen them sans stage uniforms, for that matter. As the band embarks on a world tour in support of its new Yes, It’s True LP, all 15 of the band’s touring members have agreed to contribute to a daily behind-the-scenes look at what it’s really like to hit the road with the Polyphonic Spree. Read more about the band members who will be contributing to these daily dispatches here. Then just hang on. It’s gonna be quite the ride.

See Also: Dispatch No. 8: After Two Weeks On Tour, The Polyphonic Spree Still Has Plenty Of Fun In Store.

Chris Michaels, sound man. At Village Underground in London, England.
What we’ve been building toward: Record release day here in London at Village Underground. I can’t say enough kind words about the folks who run this ship. What an amazing venue. So glad to be a part of this traveling circus. And looking forward to North America. Bring yer earplugs. 😉

Matt Bricker, trumpeter. At home in Dallas, Texas.
Late photo of Jason Garner on the beach at the resort in Byron Bay, Australia.

Natalie Young, choir. At home in Dallas, Texas.
For every small thing that has irked us, exhausted us, deprives us of sleep, and left a special stench on our clothes, this tour has given the good stuff back to us tenfold. I love this band. I love the music. I love the people. I love the choir. I love my stinky robe. I love Ross Avenue.

My bed, my shower and my washing machine are pretty sexy, but they don’t hold a candle to experiences like the ones I just had.

Some say this worlds a bitter scene
They say its danger
WE SAY OUR FATE IS MADE OF DREAMS
They say outrageous.

The choir freezing our asses off backstage before the Rocky Horror set at Splendour in the Grass.

Christian Jegard from The Bright Ones and me celebrating a stellar album release show at London Underground. Sweaty, thirsty and happy! And wearing matching eye makeup.

Bach Norwood, keyboardist. At home in Dallas, Texas.
From Belgium to UK and back home.

Cheers from the country house. 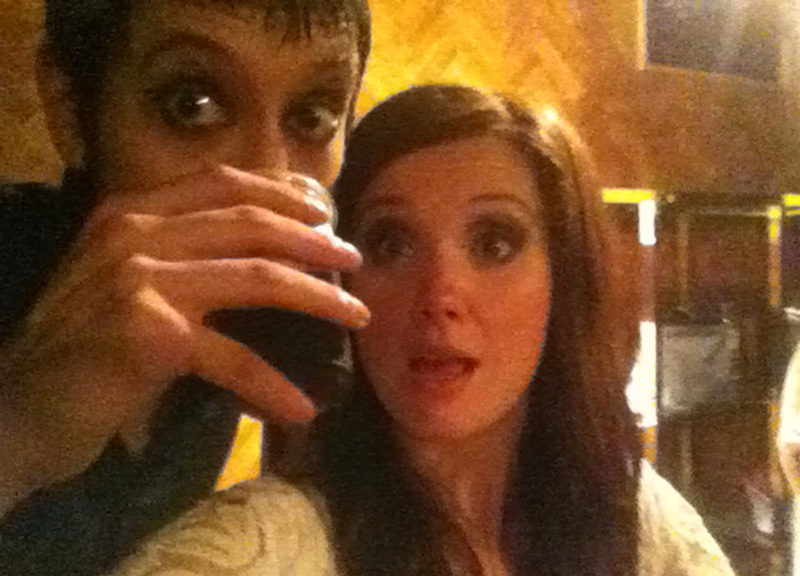 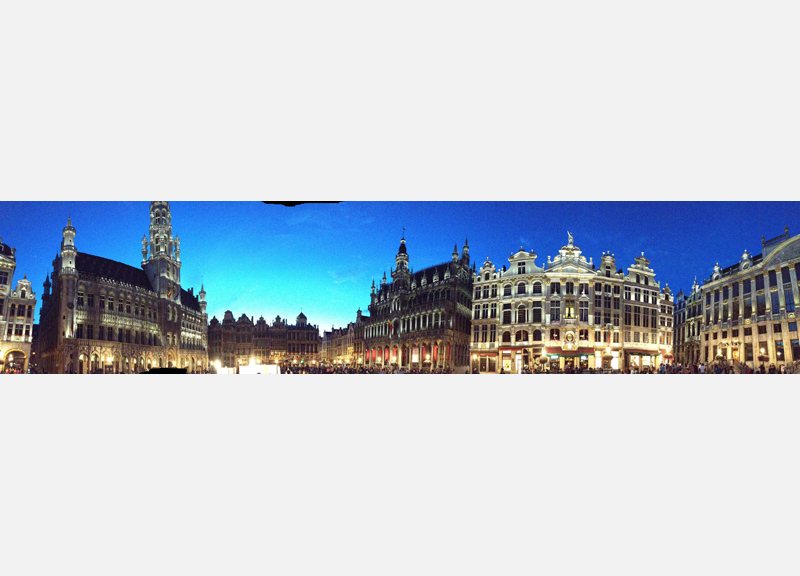 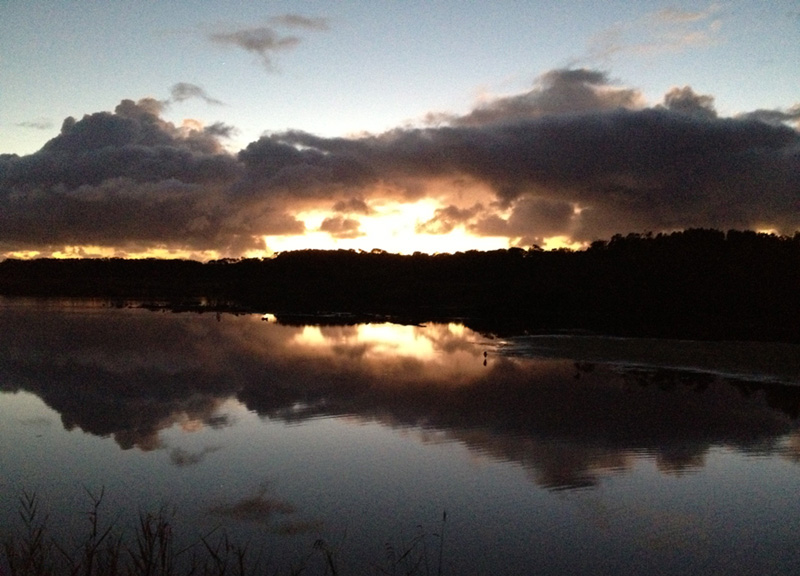 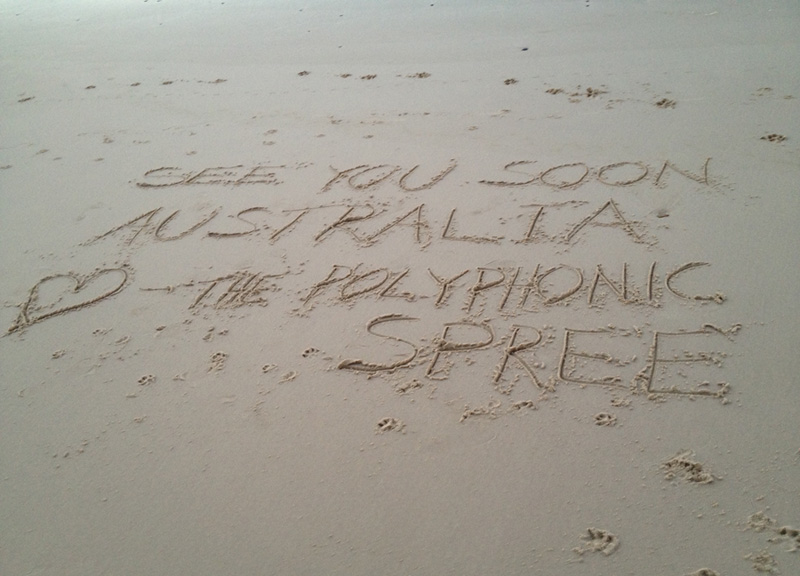 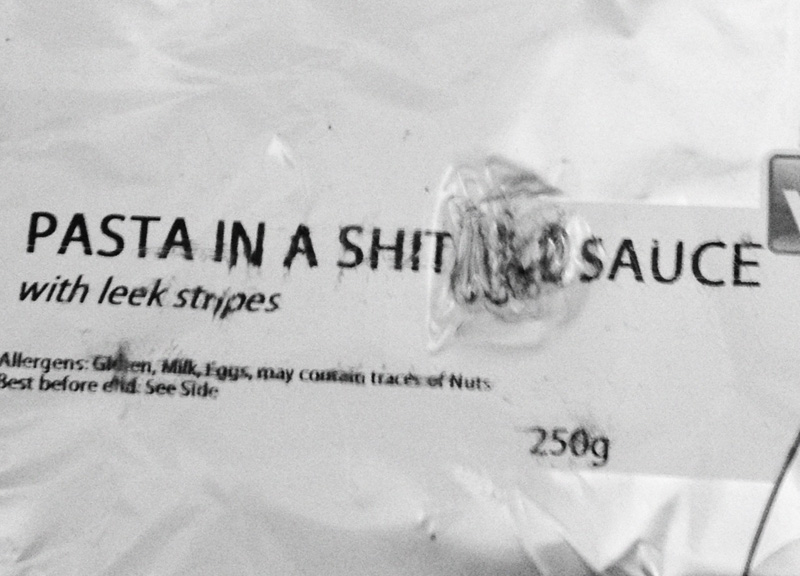 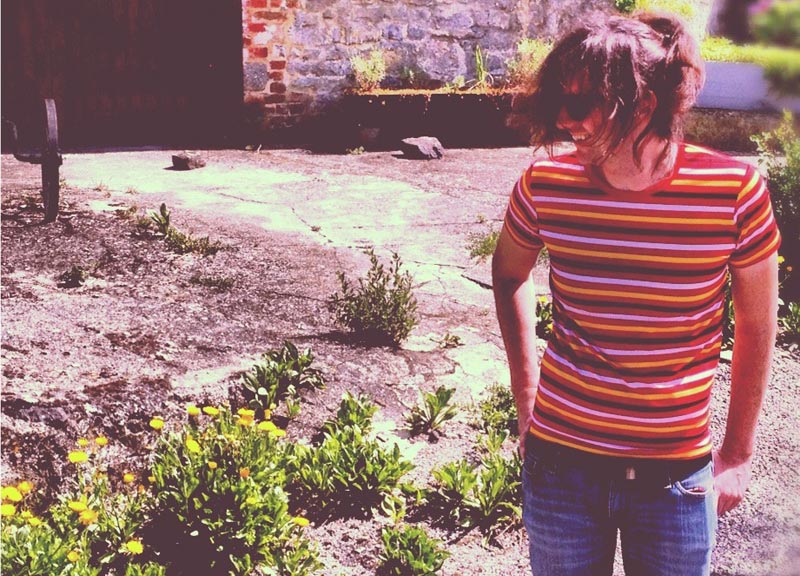 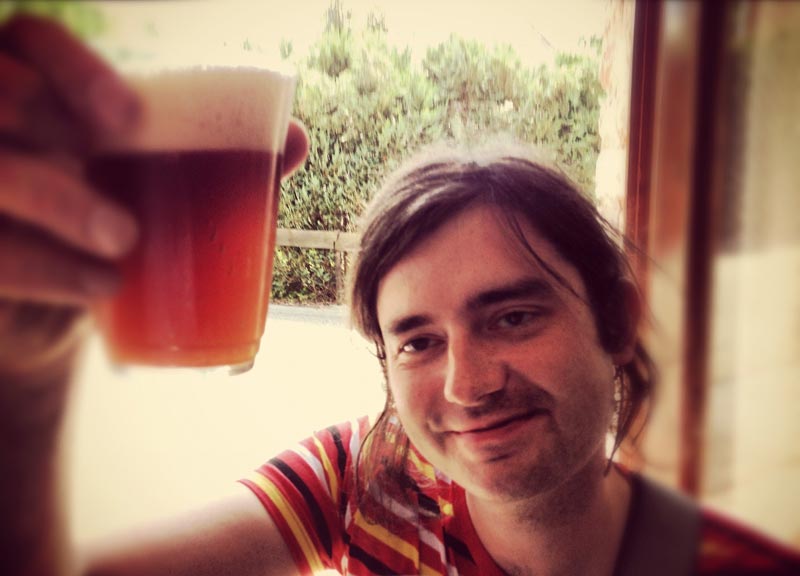 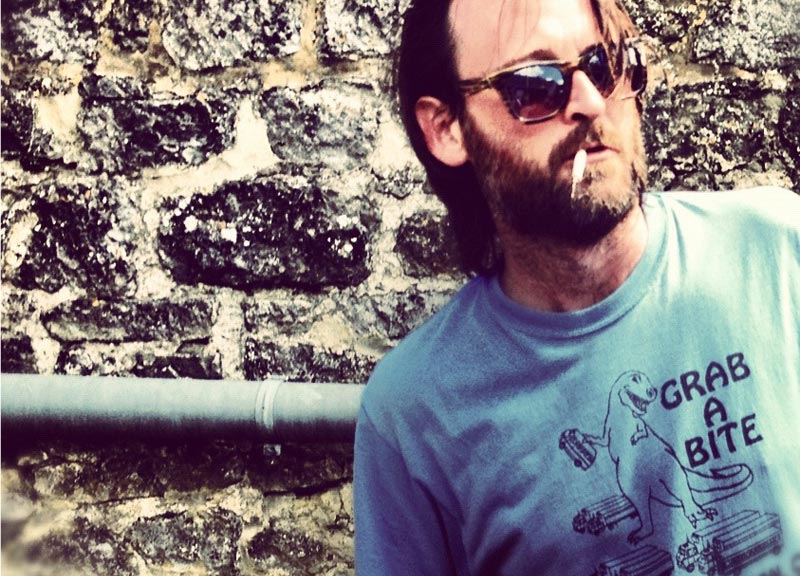 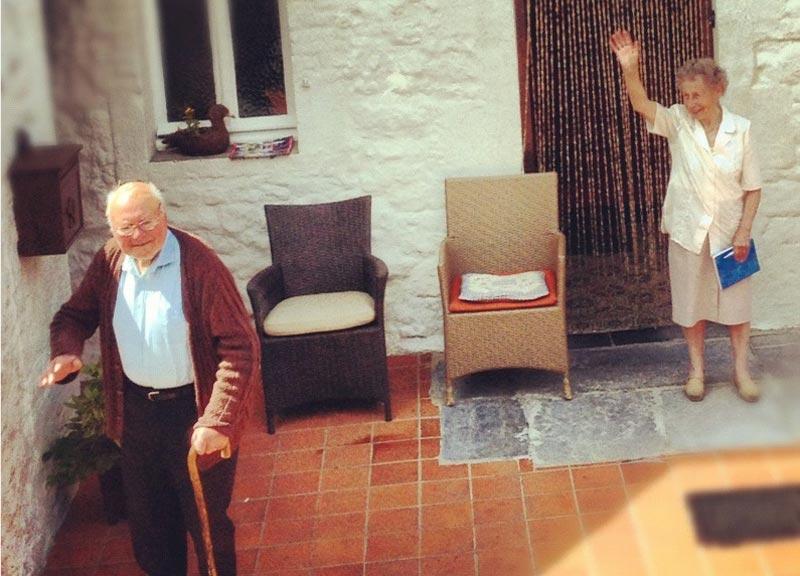 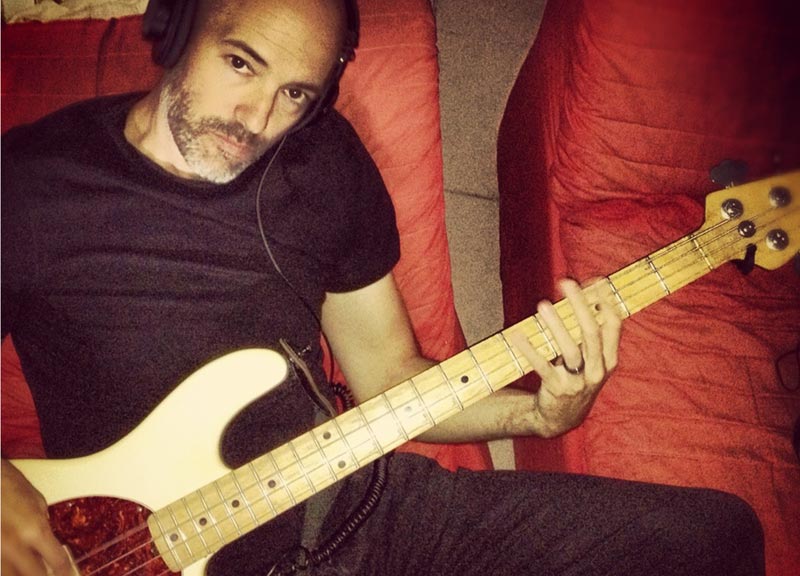 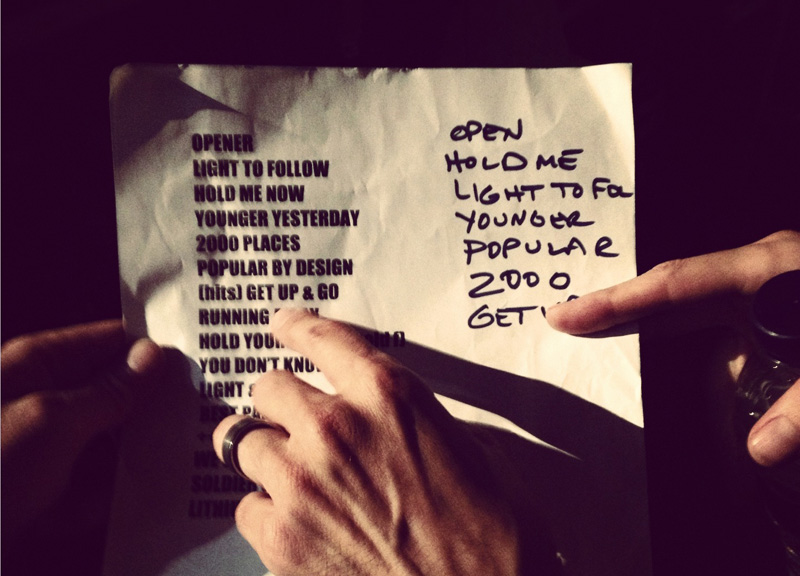 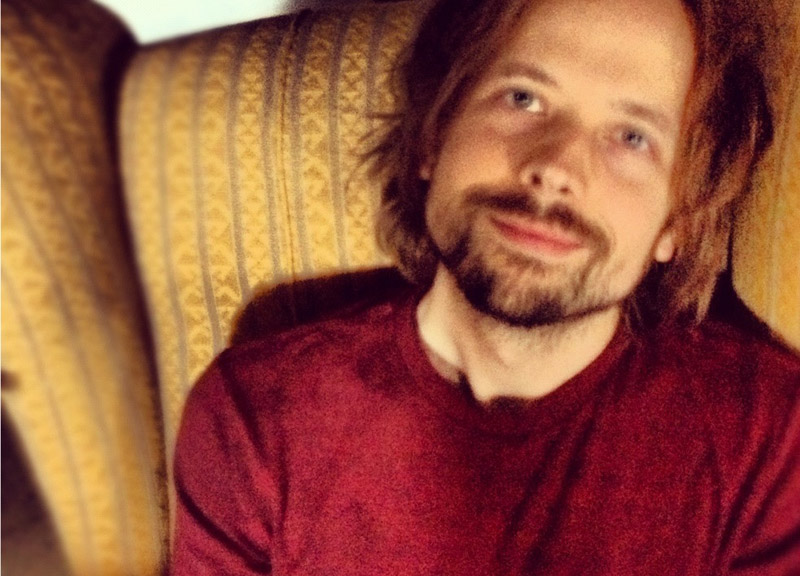 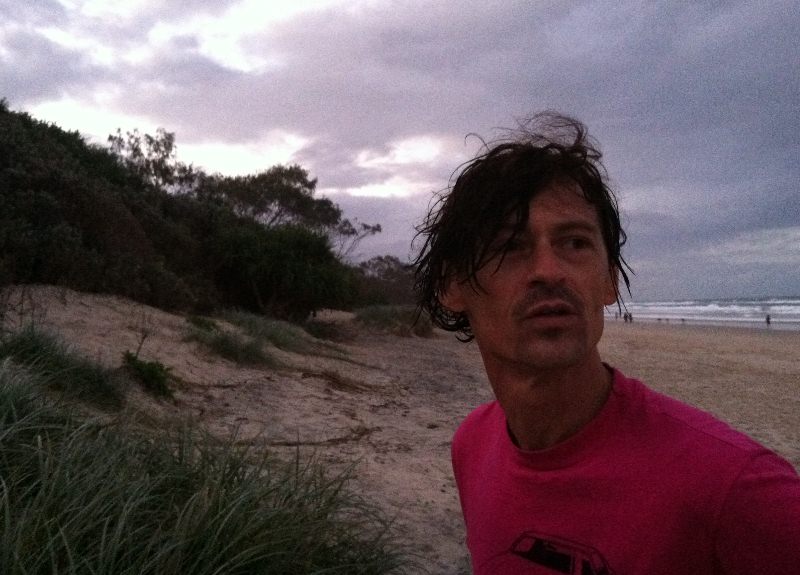 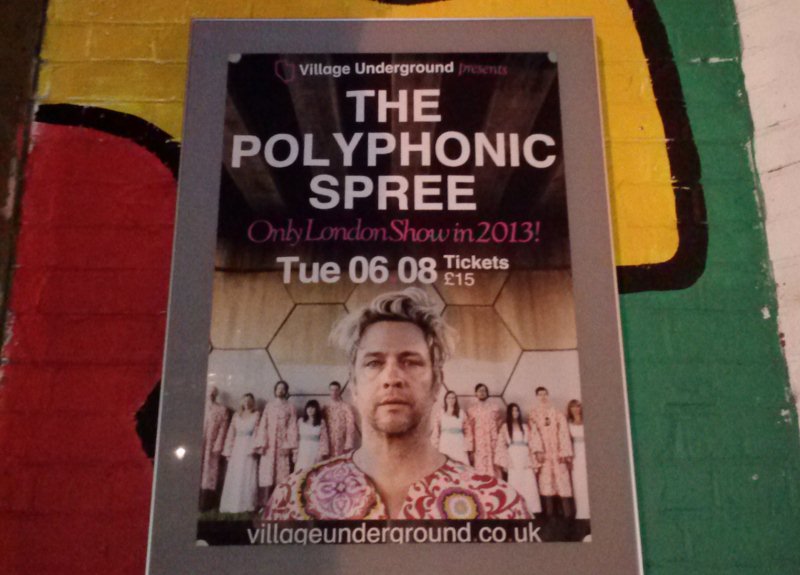