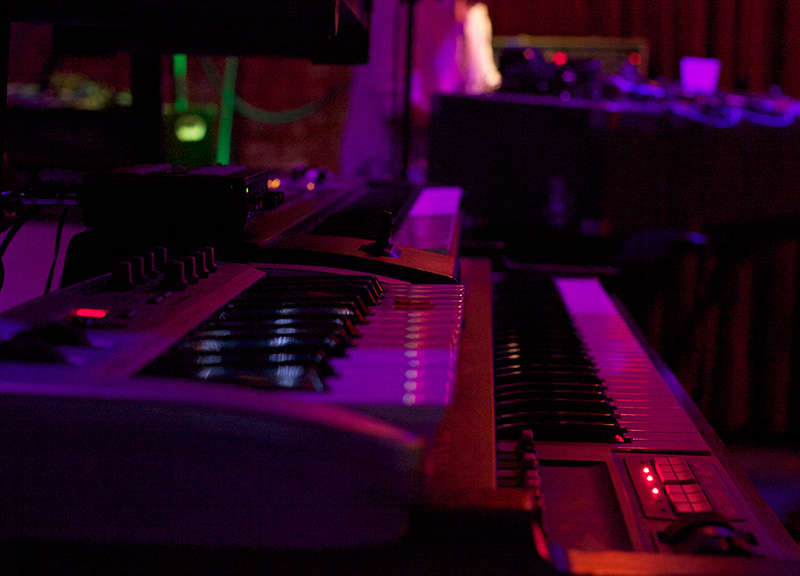 The stage was dark and the audience was docile at the Akron/Family show at Club Dada on Saturday night. In other words? It was pretty much everything that the show the night before at Dada's neighboring venue, Three Links, wasn't.

M. Geddes Gengras opened the night (he also closed it by joining Akron/Family on stage) and introduced the crowd to what would be a night filled with blends of pleasingly pulsating electric beats. M. Geddes Gengras has had his hand in a number of musical acts, including Sun Araw, but this last Saturday he proved he could successfully blend music all on his own. To call his work “noise” might seem wrong, as there was no real heavy harshness or distortion or squealing feedback to his set; it had its dark overshadow, but also had some uplifting techno beats installed throughout.

Up next was Pinkish Black. Their stage set was the darkest of the evening — in lighting, sound and mood alike. Singer Daron Beck swooned the crowd with enigmatic vocals that poured over his keyboard play that hummed deep synths. Drummer Jon Teague, meanwhile, continuously kept the crowd in awe by truly driving each song with his heavy-hitting drumming. It was a serious and somewhat haunting set — but, damn, were they good. And, the audience showed much appreciation.

After Pinkish Black's set, the venue floor finally filled completely for Akron/Family's show-closing offering. After a quick soundcheck, the band got right to playing — none of that “wait around and make them anticipate the show” nonsense here. Their first song was a slow build and an introduction to their seventh and newest album, Sub-Verses. And the new tracks were to a bit of a different than what most Akron/Family followers have heard over the last few years. These efforts were darker and more droning — and, just like that, the rest of the playbill for the night suddenly made sense. Through long and drawn-out abstract guitar riffs, manipulation through pedals, and drumming that often took the backseat to the overall band's performance, Akron/Family entranced their onlookers.

Nobody seemed to care that the more folk-like songs like “Lake Song/New Ceremonial Music for Moms” were no longer the forefront of the band's agenda (and, let's be real, that track gets pretty weird toward the end); Akron/Family has evolved.

Overall, the night was a quiet one, in a way. No one really danced (except for that one couple who managed to sort-of “happy dance” through most of Pinkish Black), but the bands really brought the drive through their powerful and well thought-through musical harmonies and syncopation.

It was impressive, to say the least. 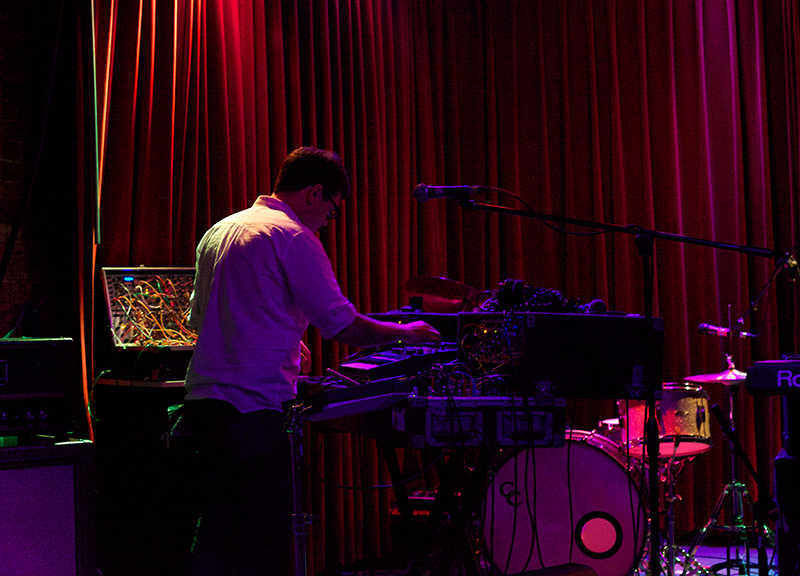 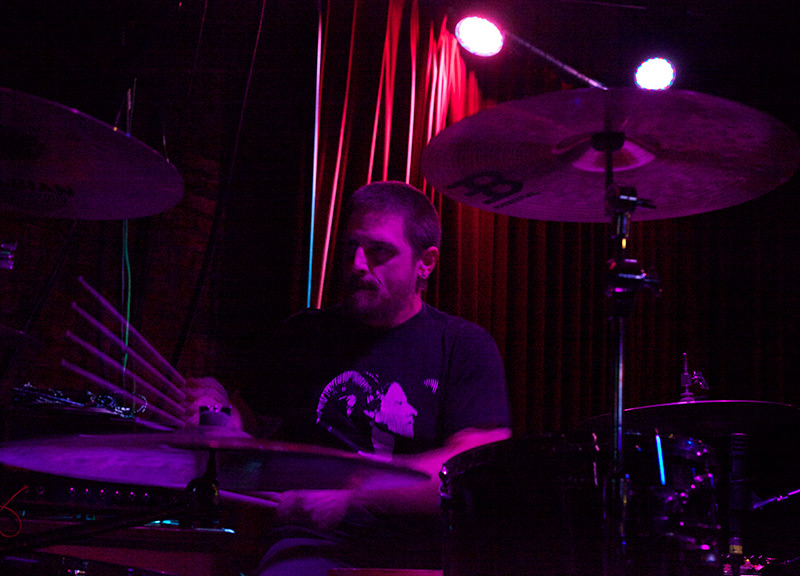 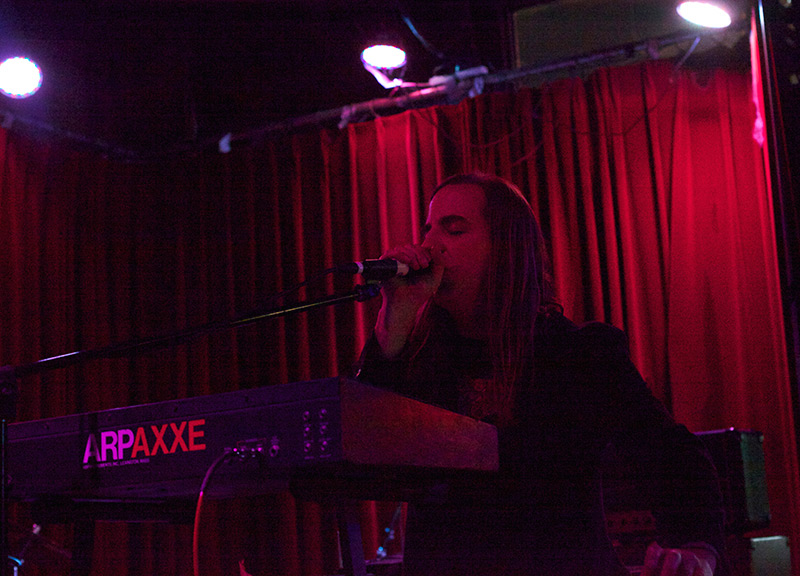 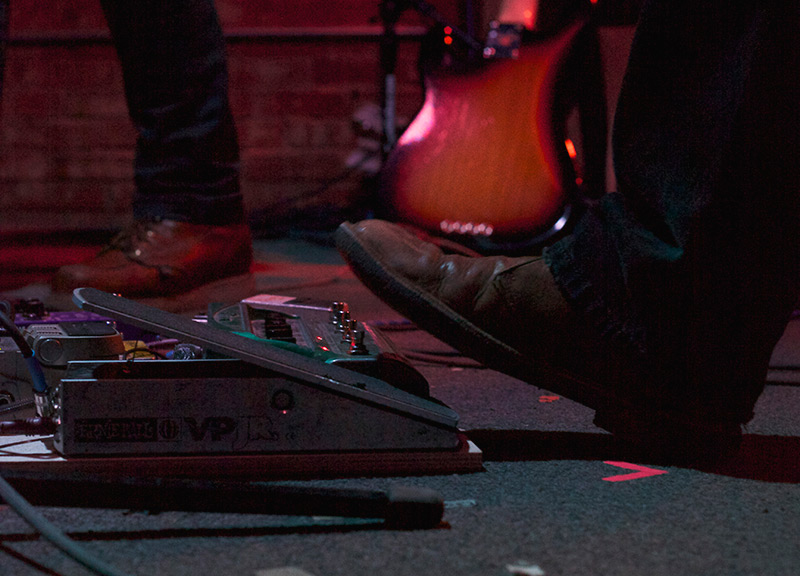 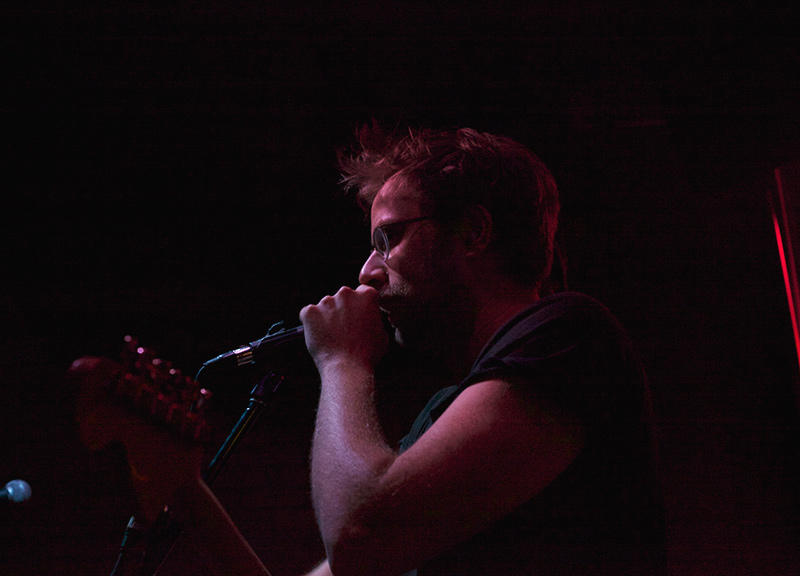 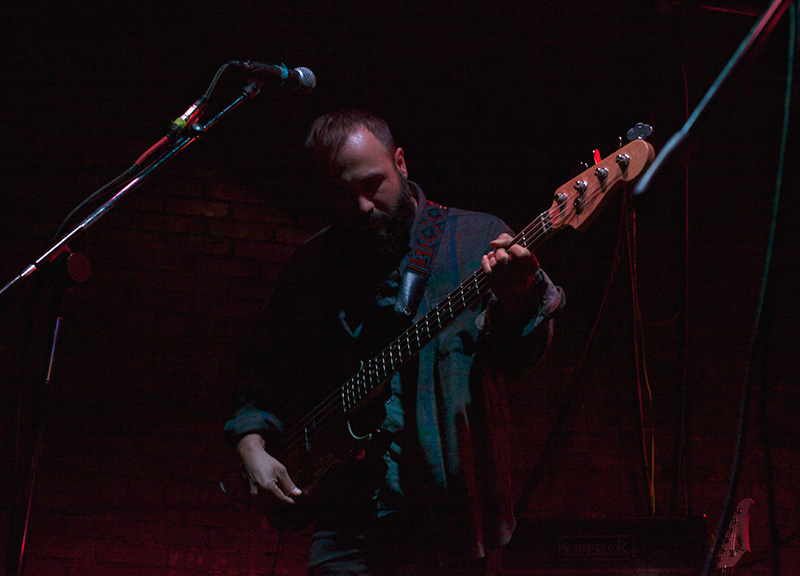 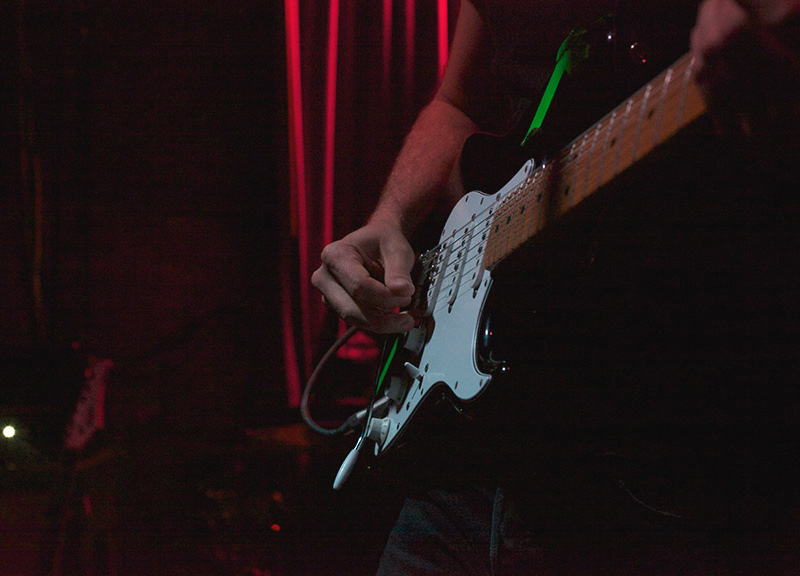 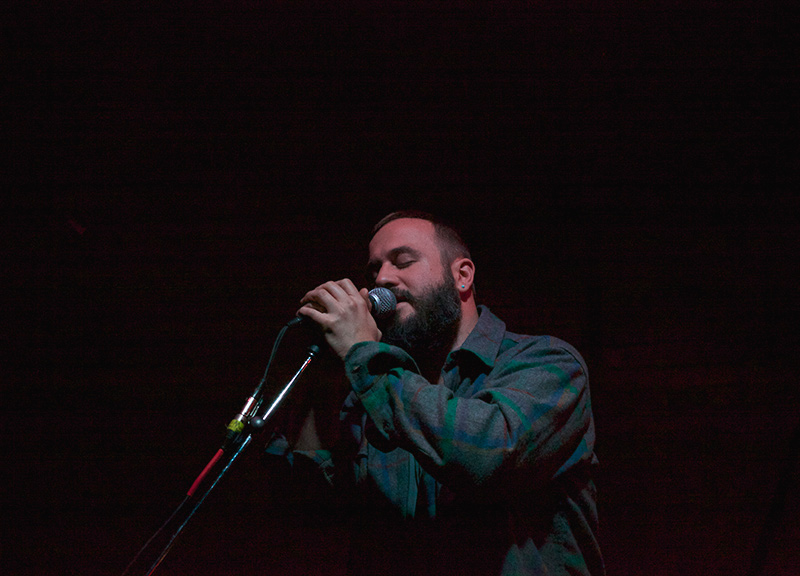 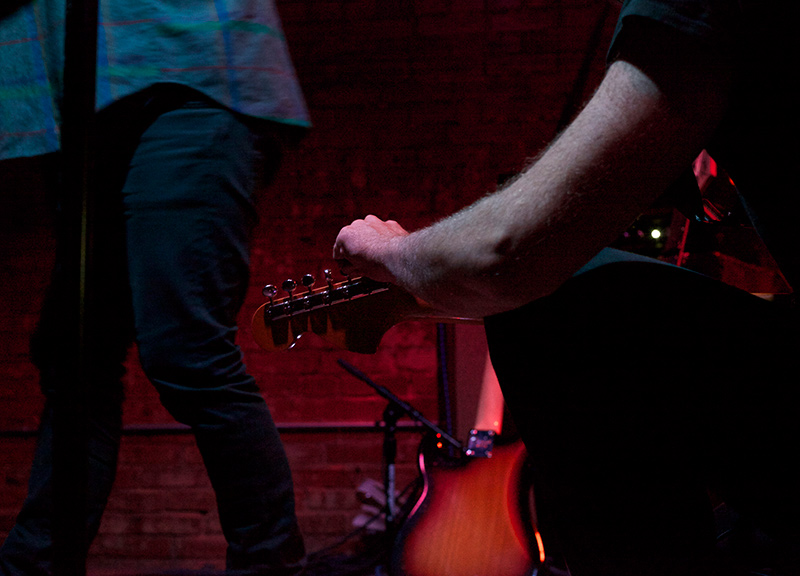 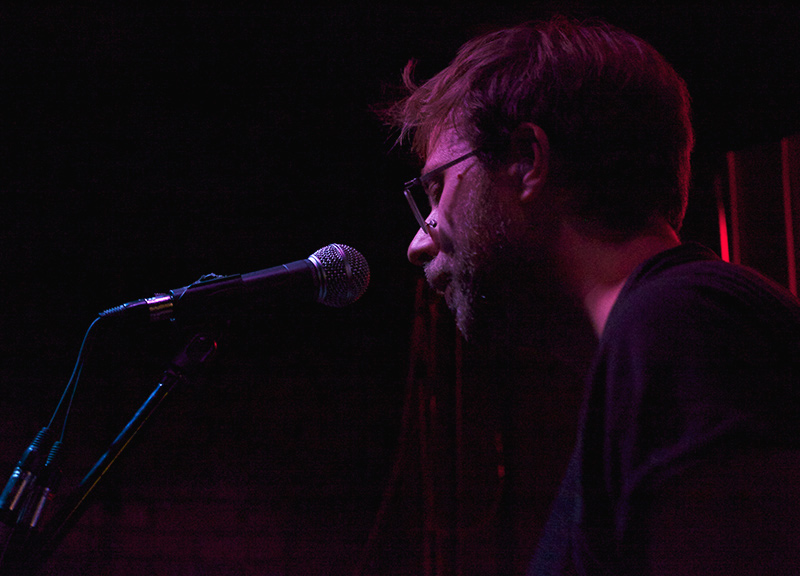 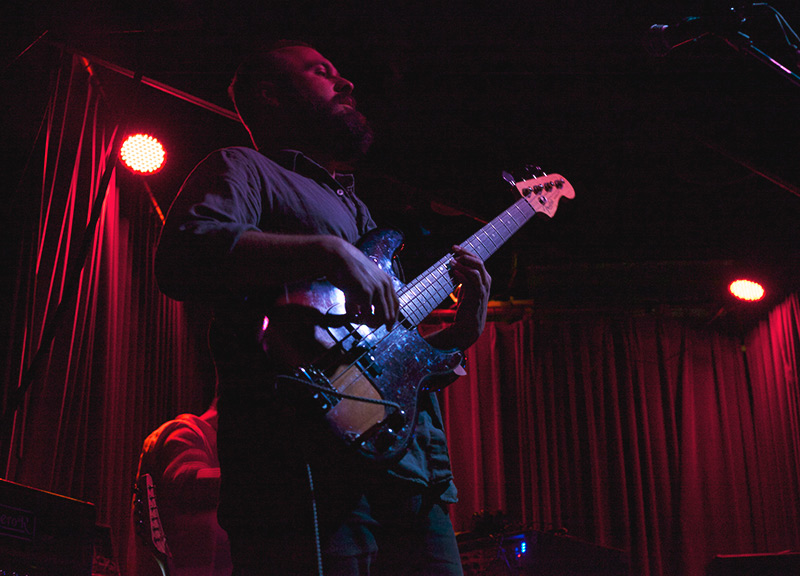 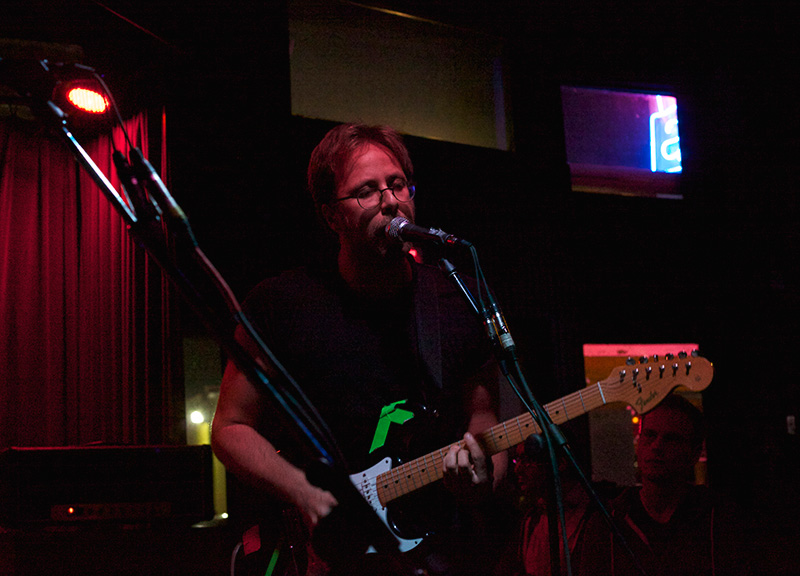