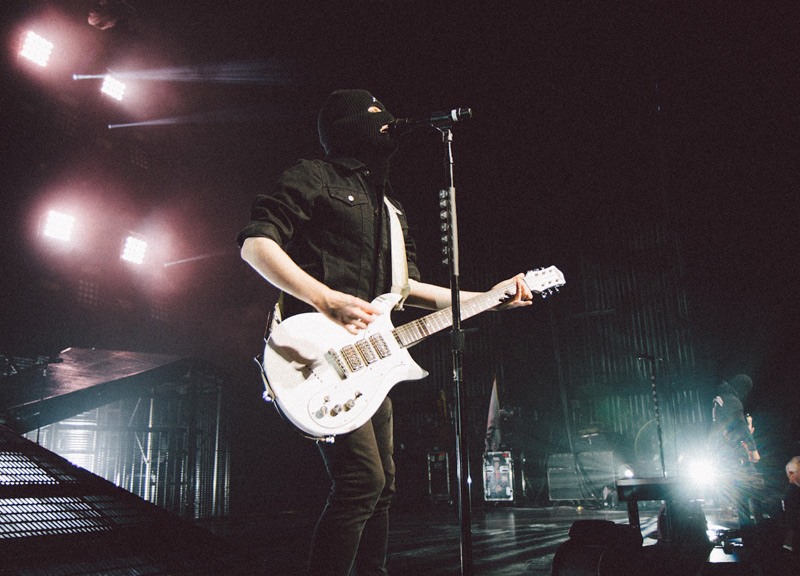 After four years on hiatus, it's safe to say that Fall Out Boy has returned with something of a vengeance: The band's new album, the not-at-all-humbly titled Save Rock and Roll, debuted at No. 1 on the Billboard charts upon its April release; it performed just as well elsewhere, too, reaching the No. 1 sales position in a whopping 27 other countries across the globe; and the disc's lead single, the par-for-course excessively named “My Songs Know What You Did in the Dark (Light Em Up)” has been a staple on FM radio since the band put it out into the ether.

So it's expected that Fall Out Boy would bring that same fervor back to its live show offerings. And, to wit, the band came back to North Texas last night for the second time in a year, this time performing before a packed house at the Verizon Theatre in Grand Prairie, with like-minded outfits 21 Pilots and an exclamation point-less Panic at the Disco in tow.

And the band's crowds are surely psyched to have their heroes in Fall Out Boy back. Last night, as the band performed a set that revived the old material while still taking plenty of time to re-introduced the new stuff, the crowd ate up everything the band did. And they did so from the jump: The band''s headlining performance opened with the first song off the band's new album, “The Phoenix,” but not before the band entered the stage by descending from the gigantic metal structure where where Andy Hurley would play the drums, all four players donning ski masks. But then, after a bombastic display that saw bassist Pete Wentz waving a large flag from the stage during that set-opener, it was back to the old: Two cuts from the band's breakthrough From Under the Cork Tree came next.

In all, the night served to showcase Fall Out Boy as a band still very much at the top of its game. This four-piece remains the scene band of the “scene” scene. 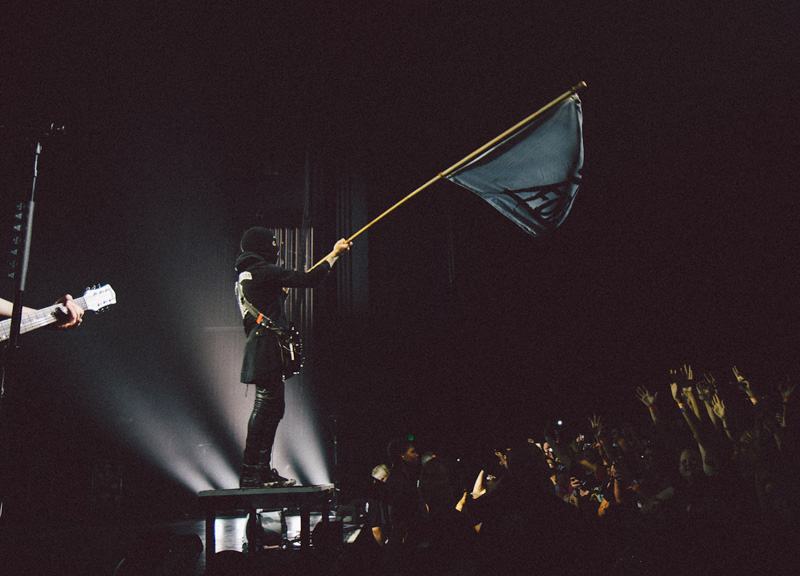 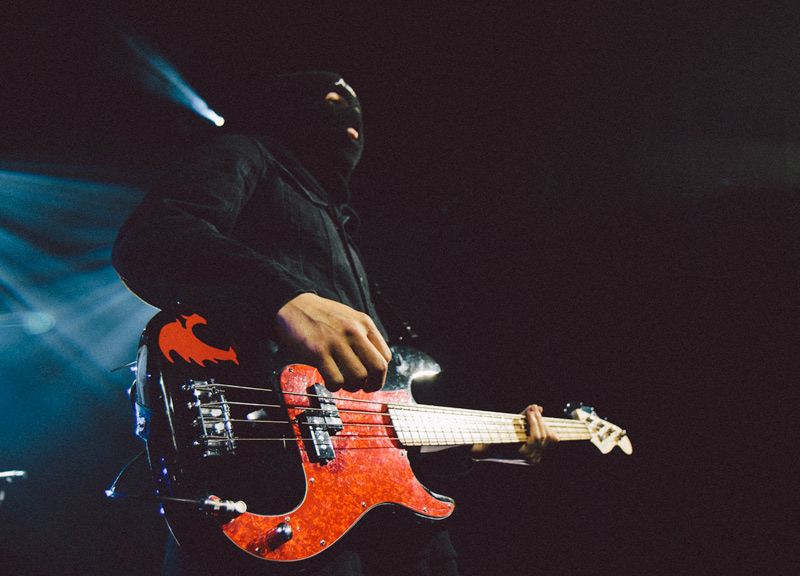 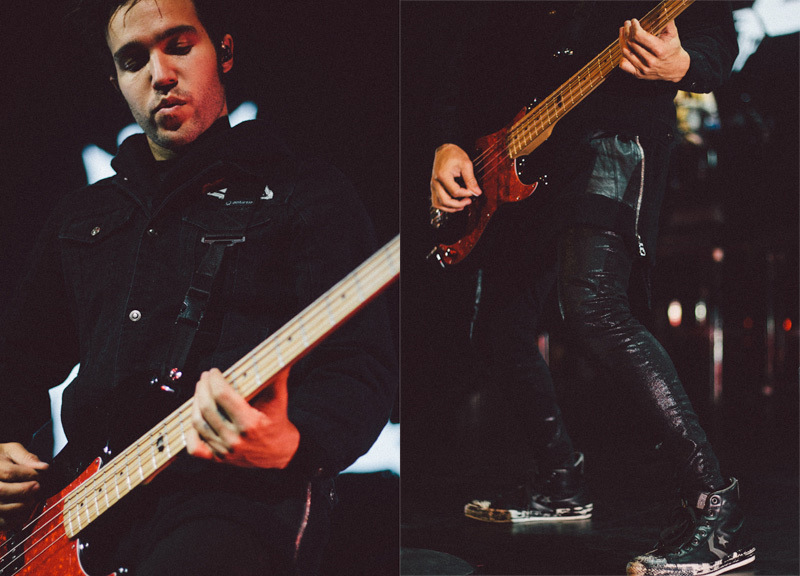 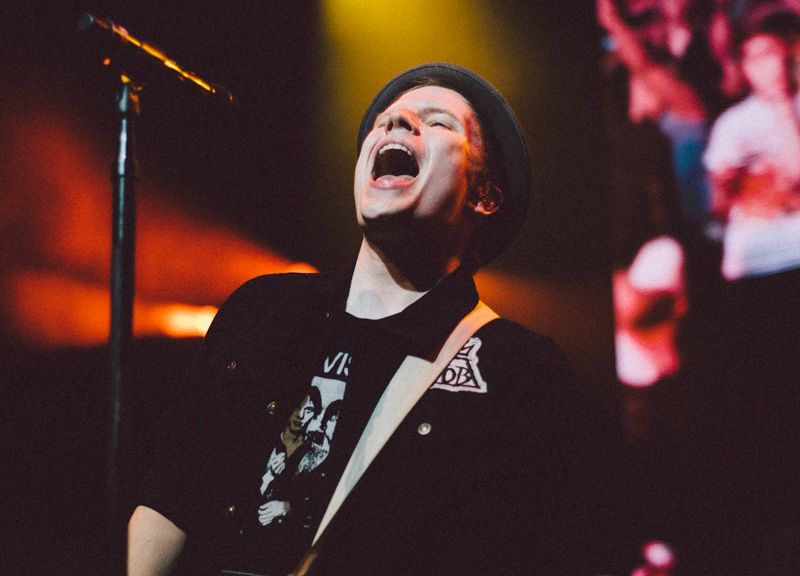 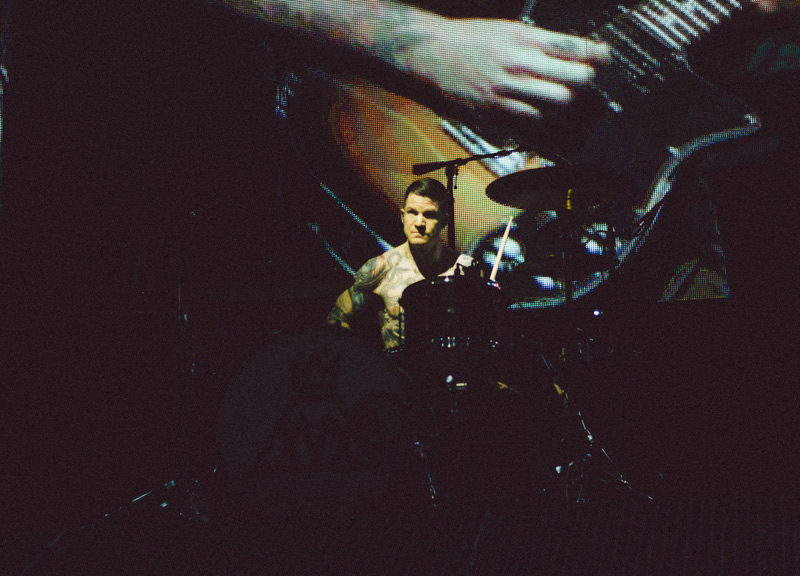 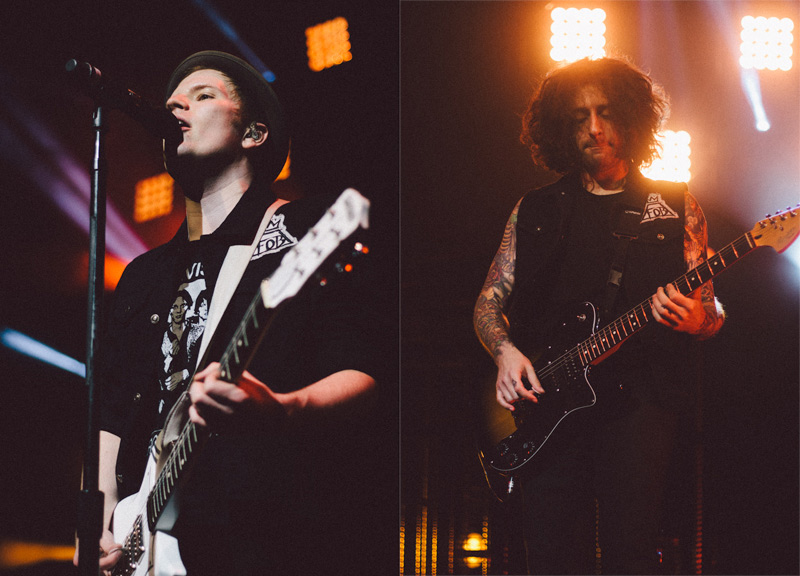 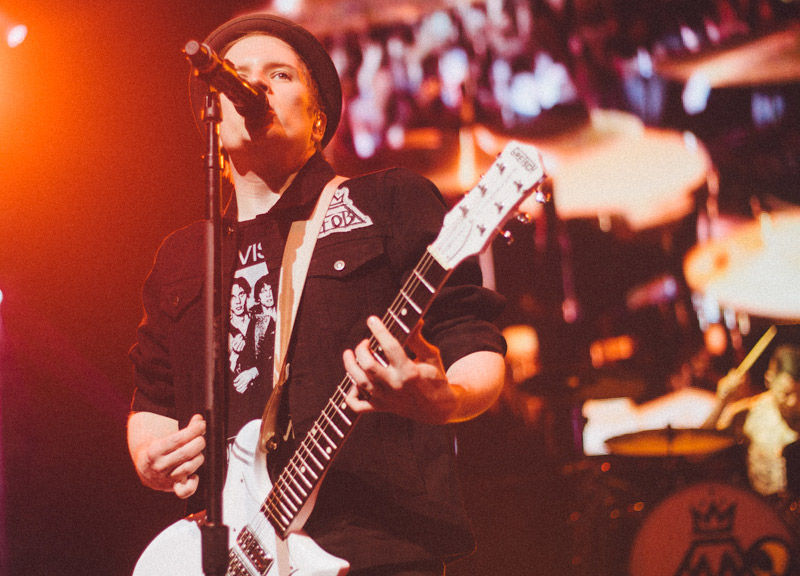 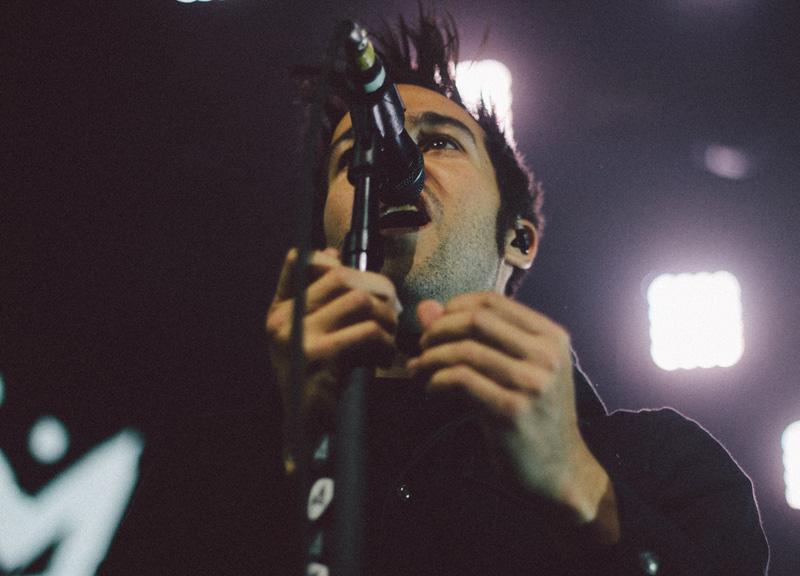 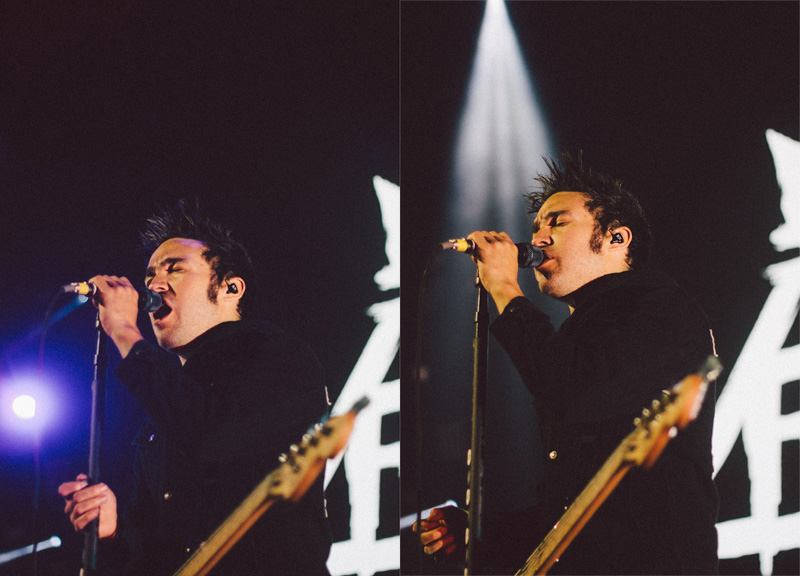 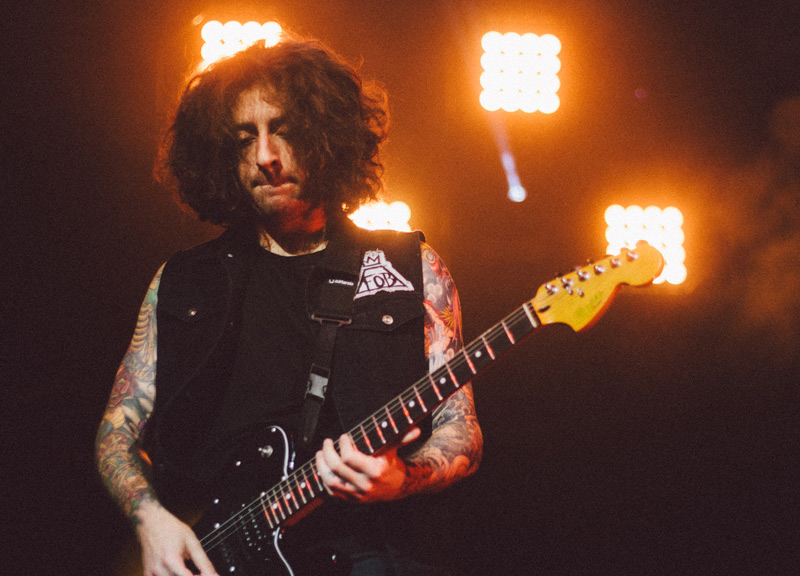 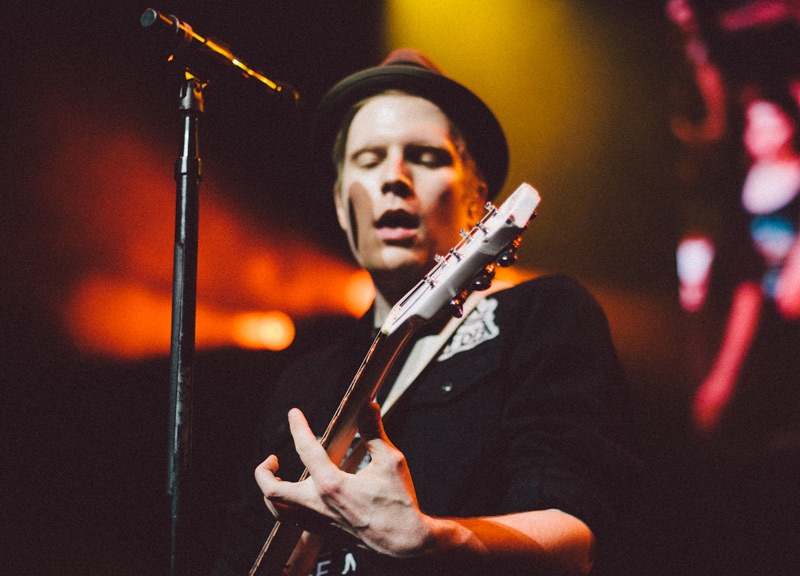 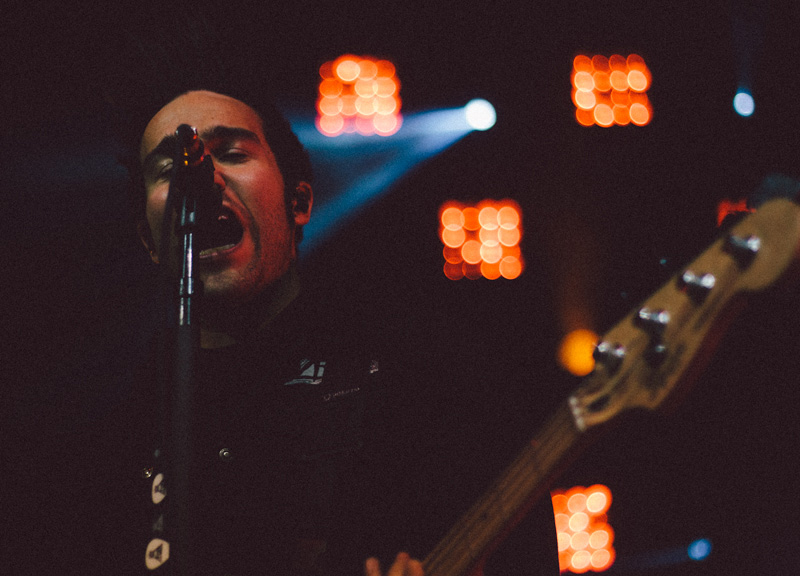 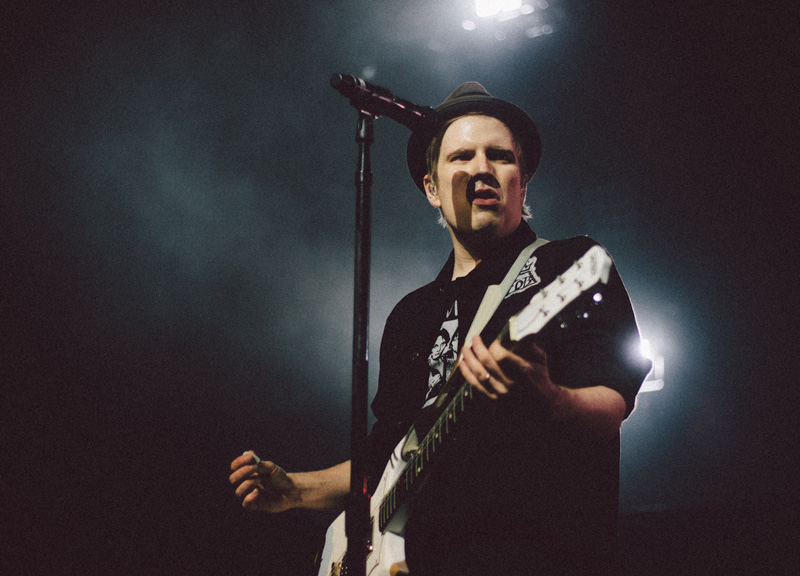