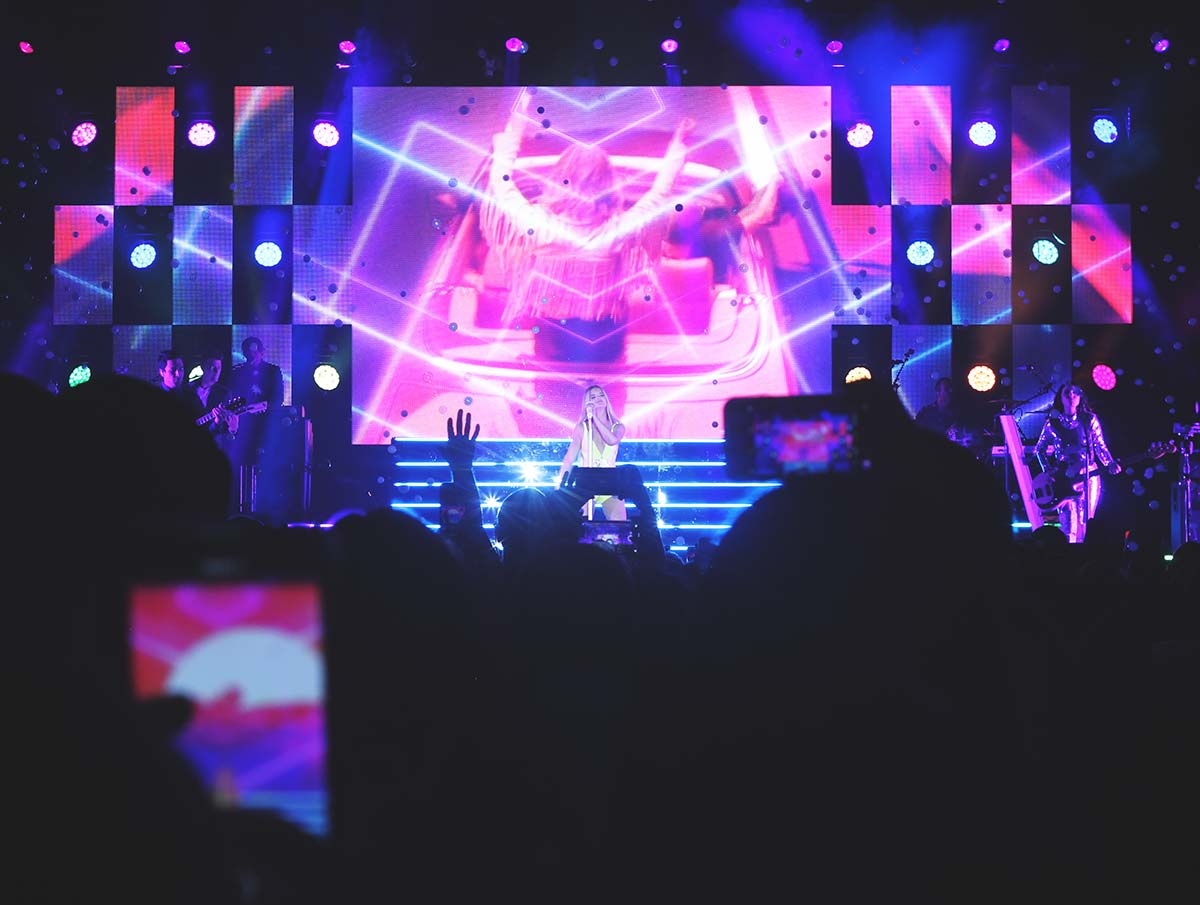 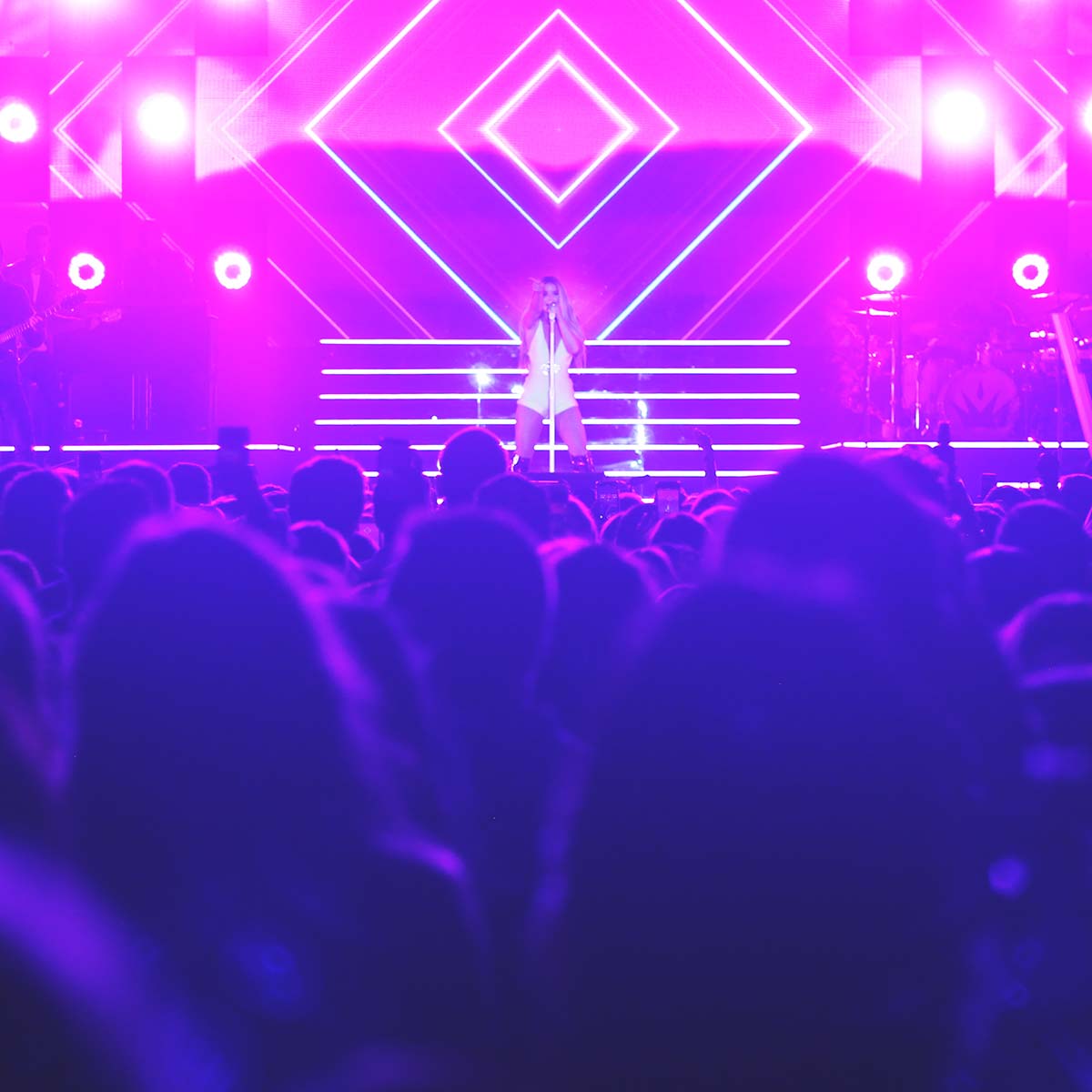 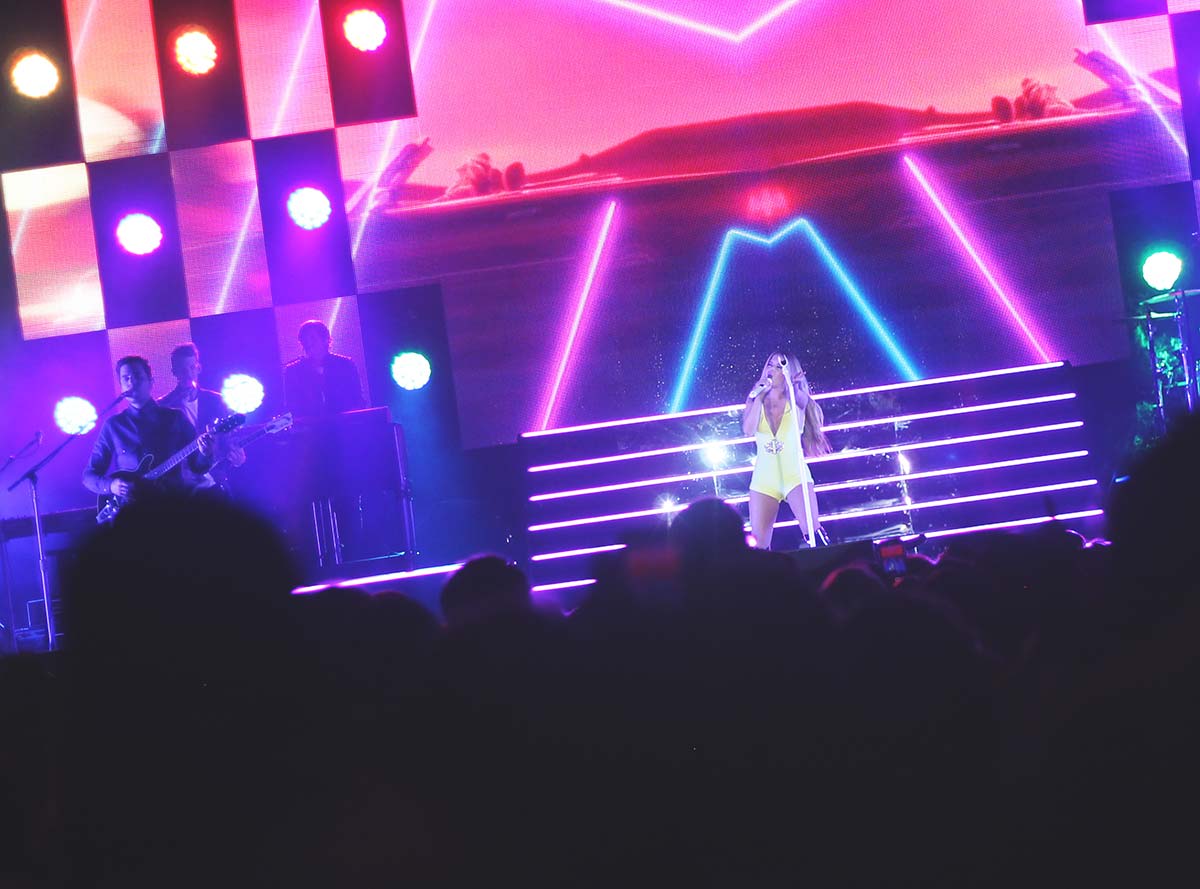 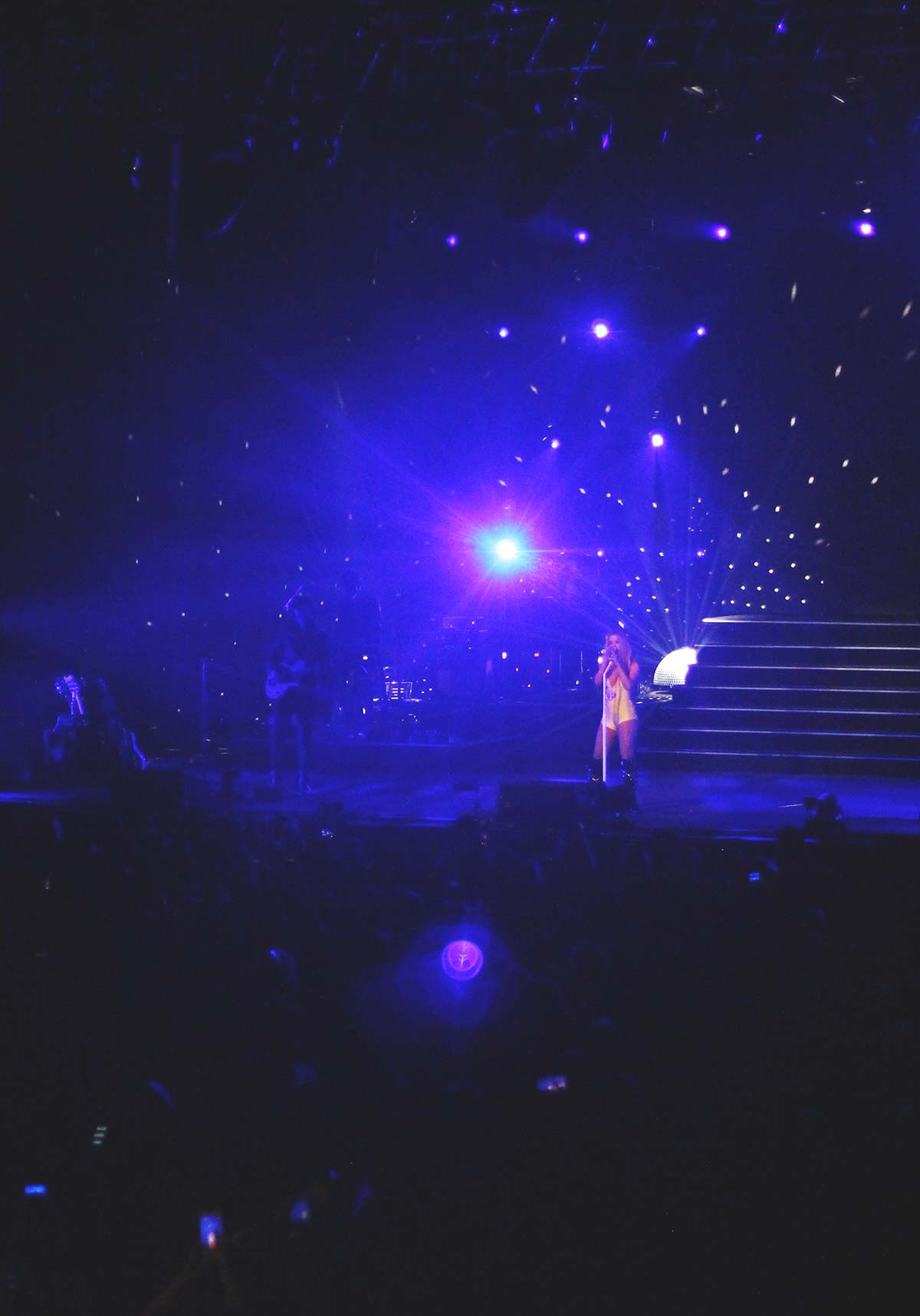 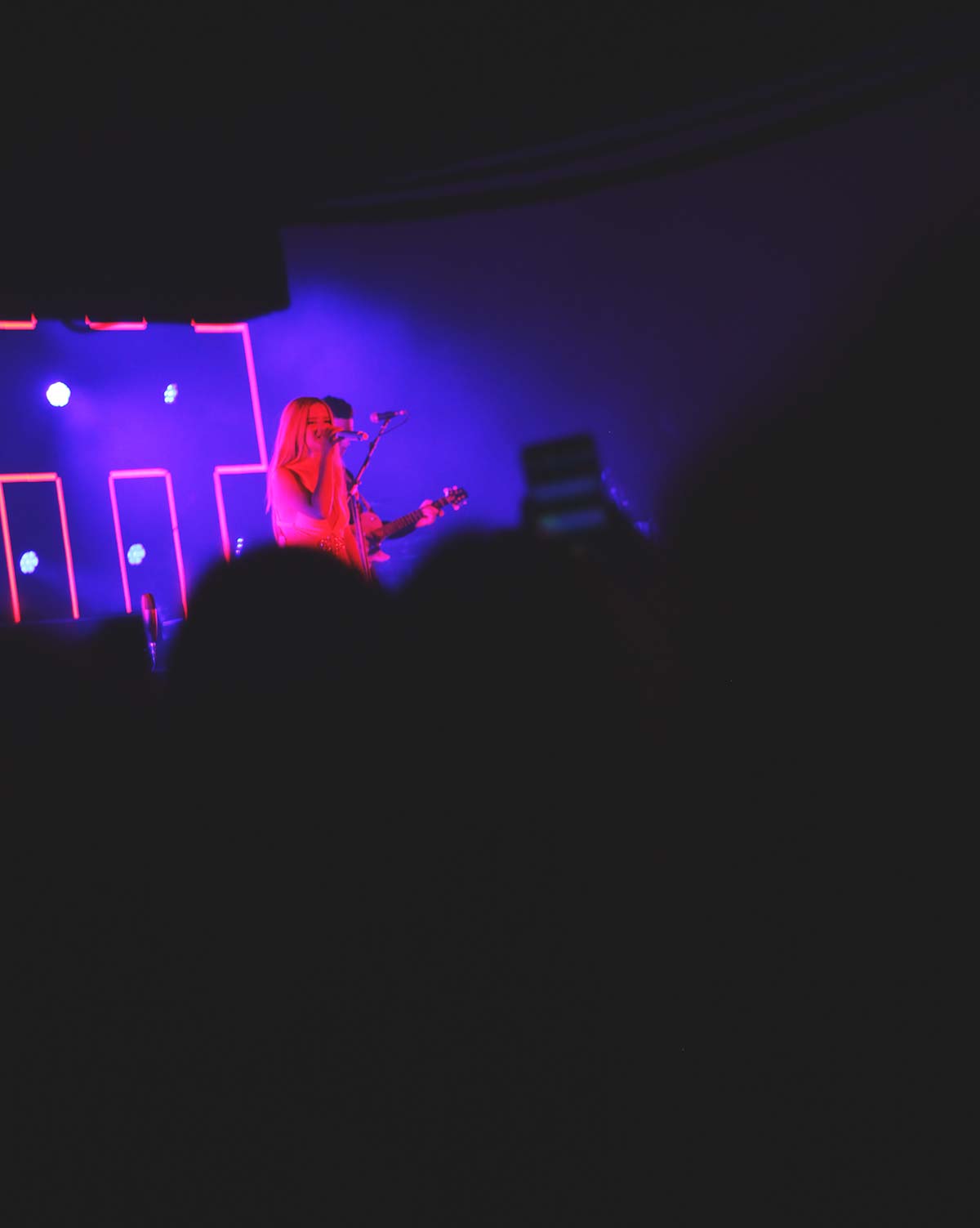 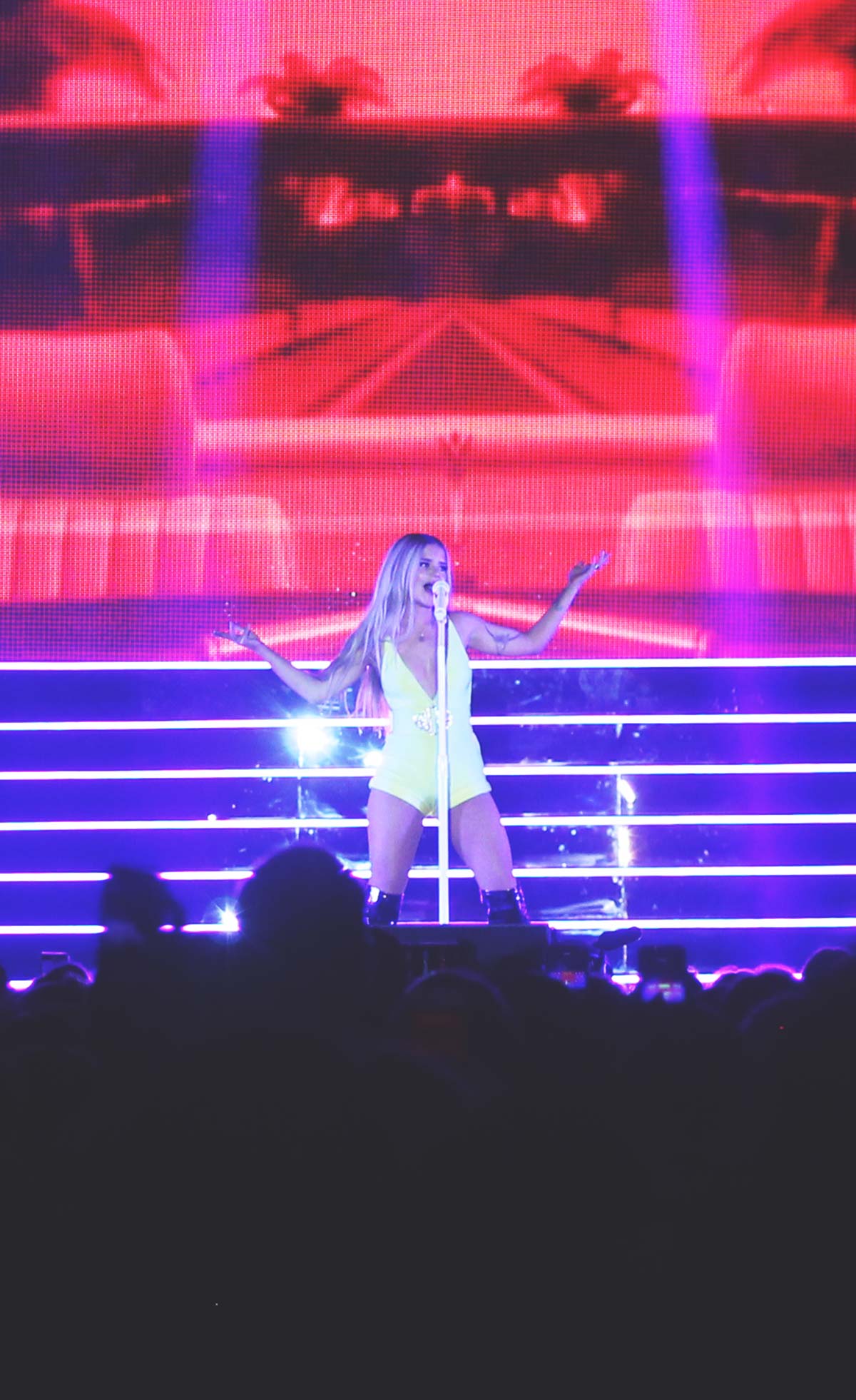 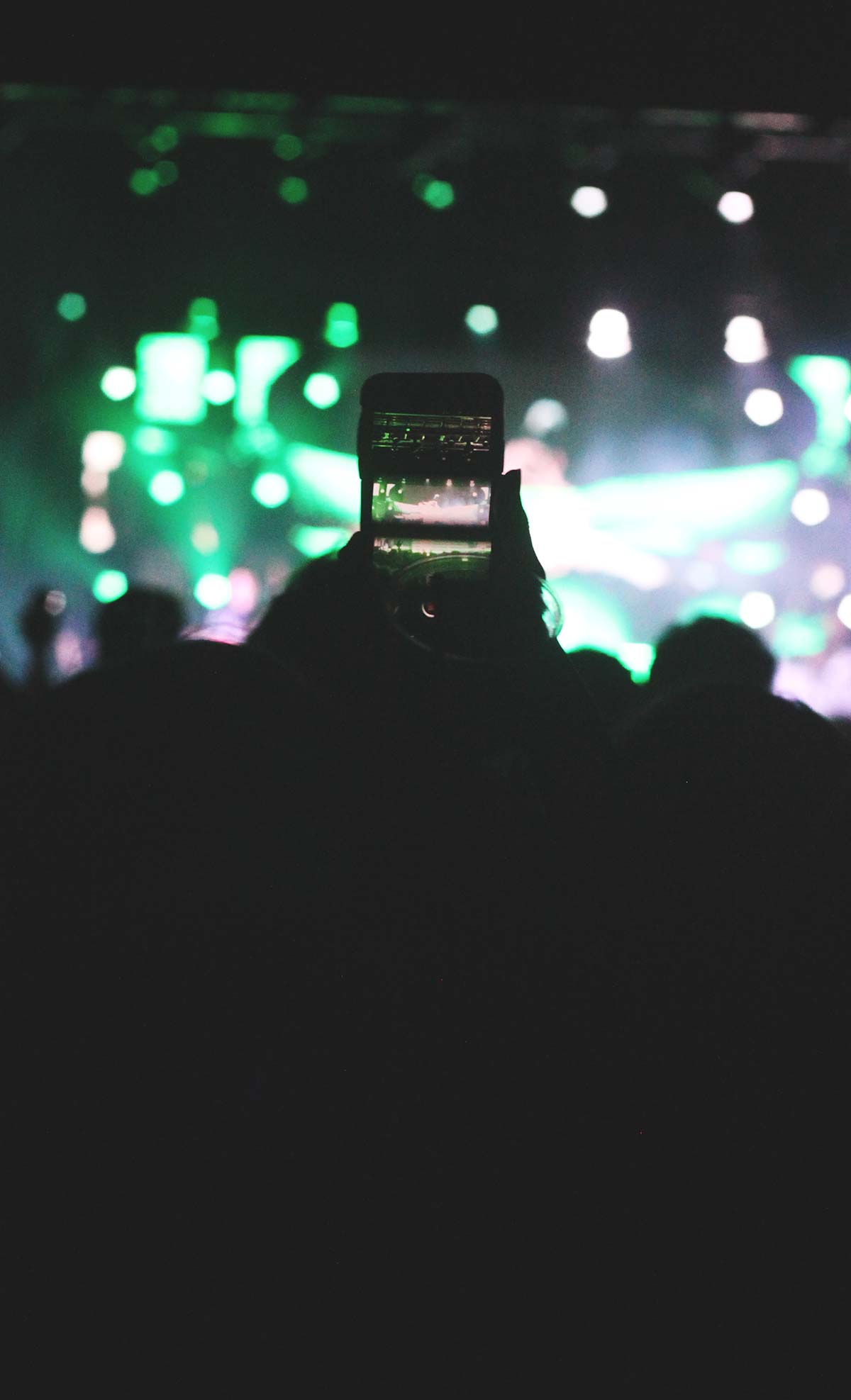 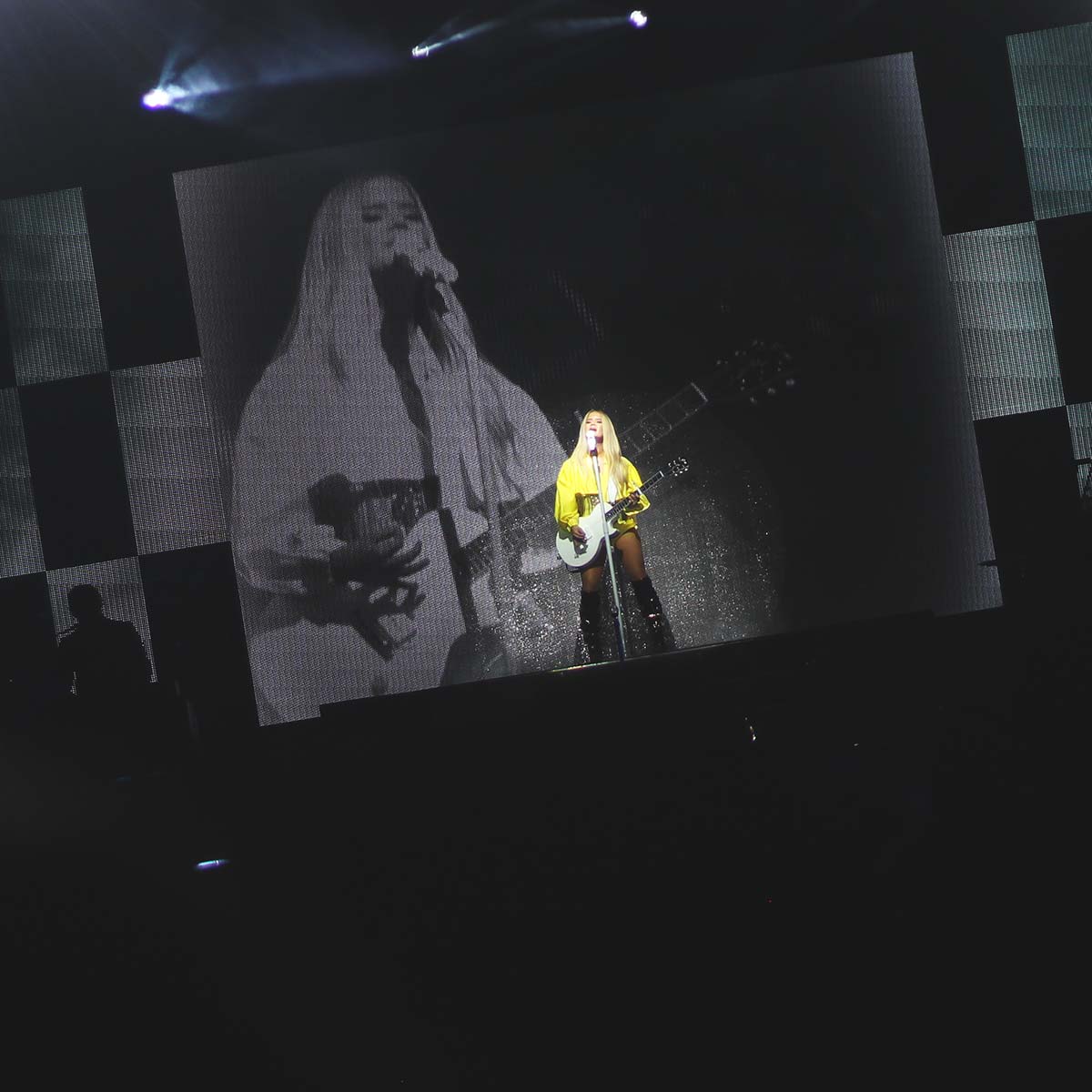 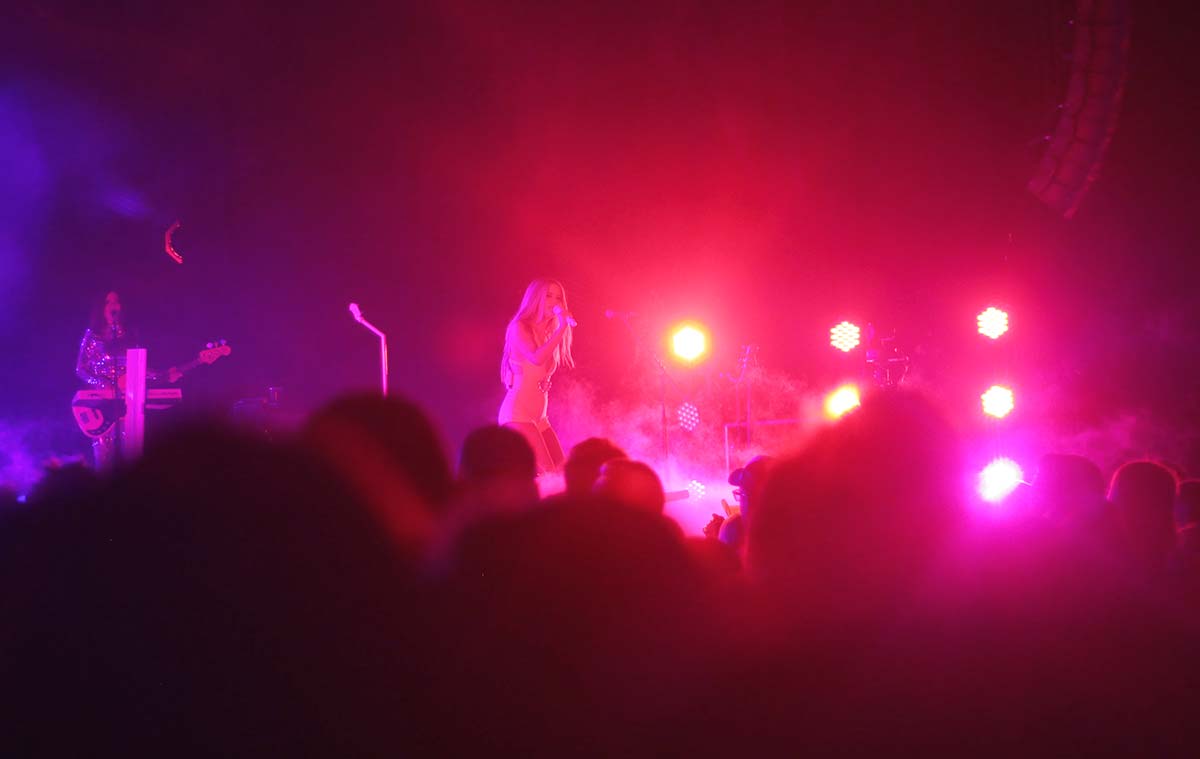 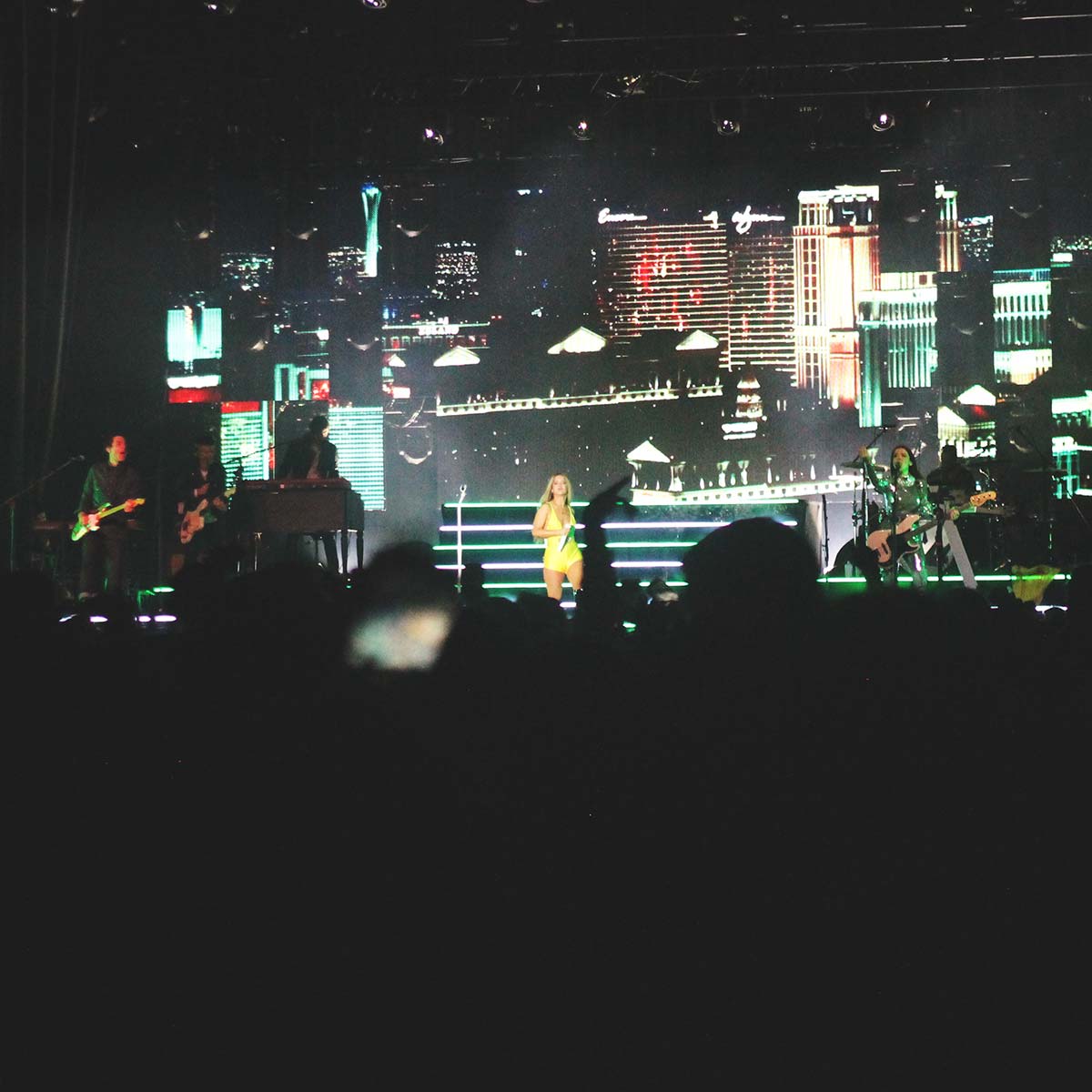 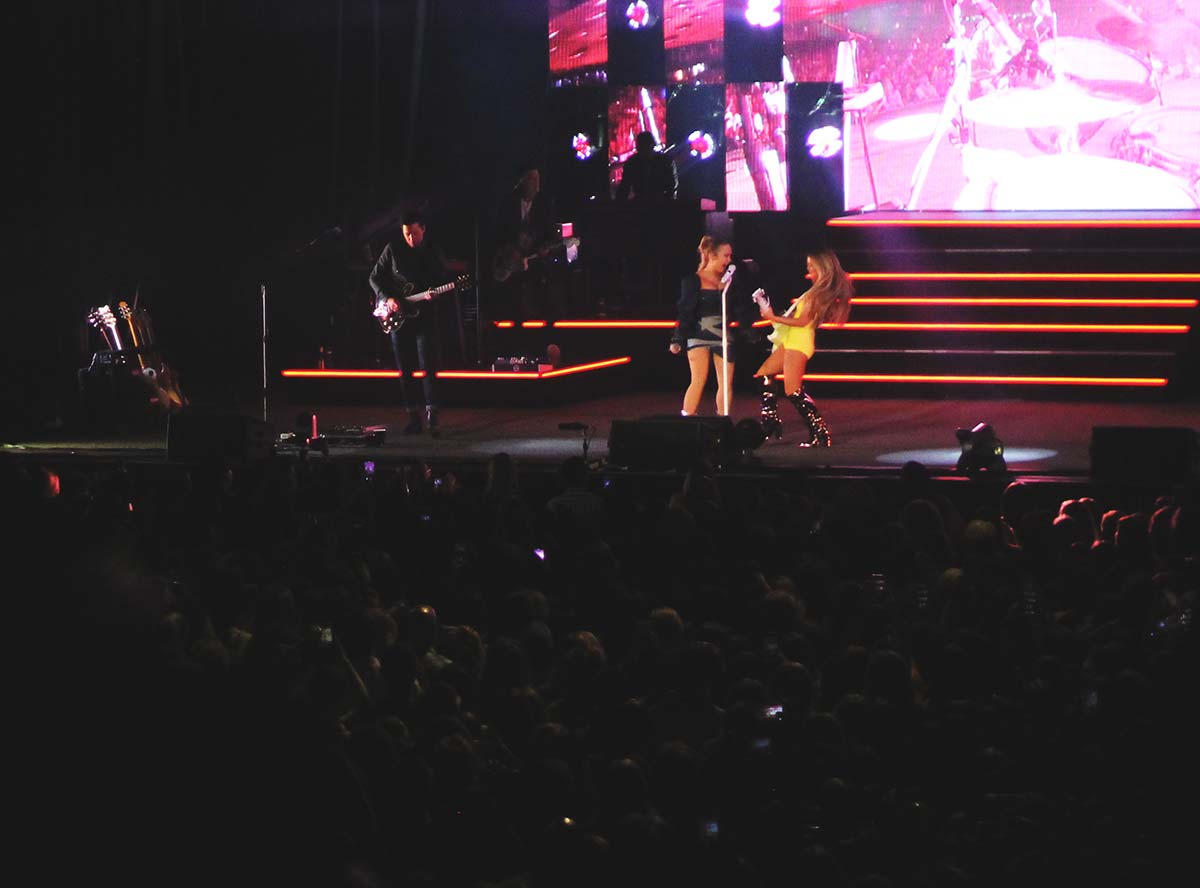 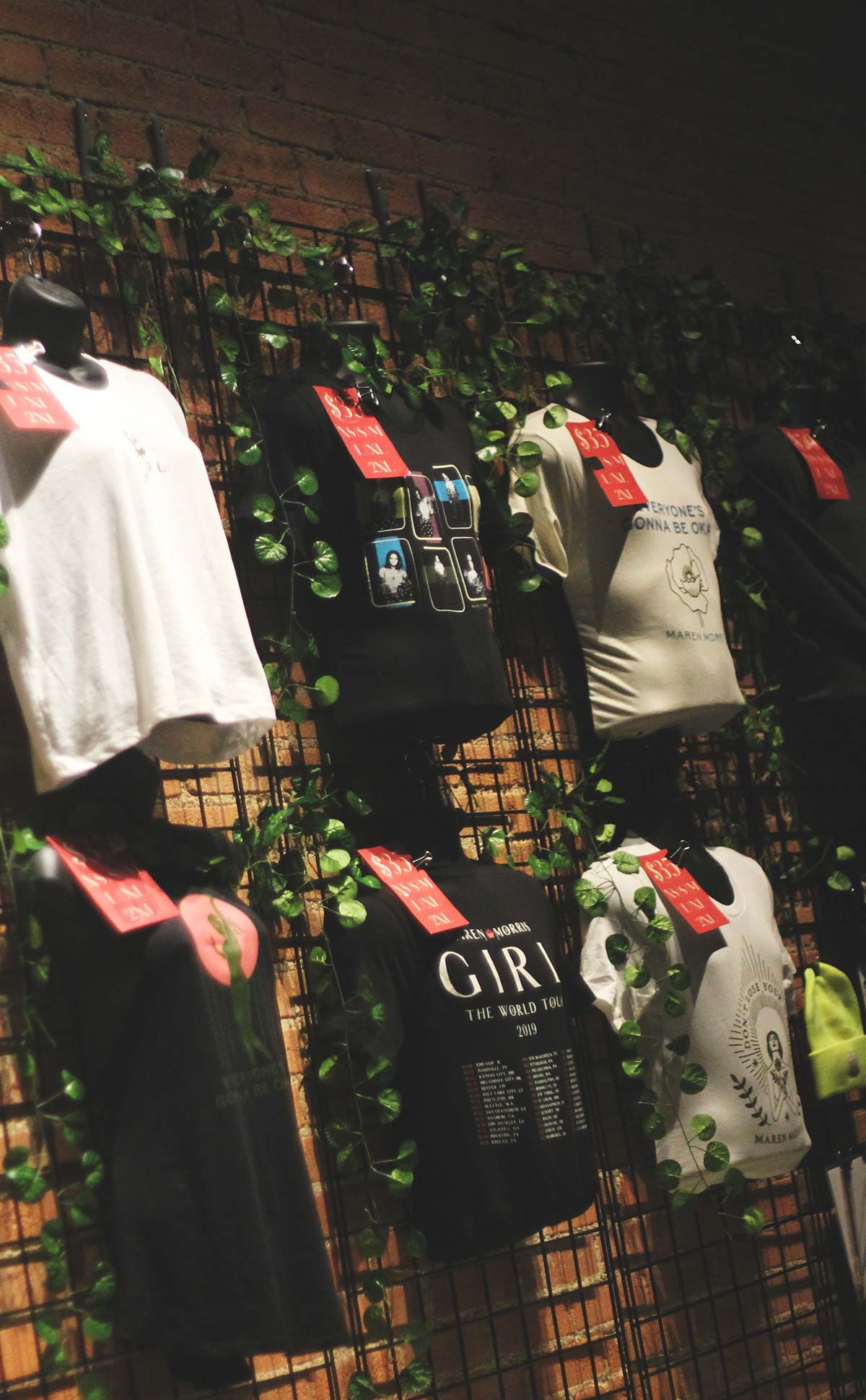 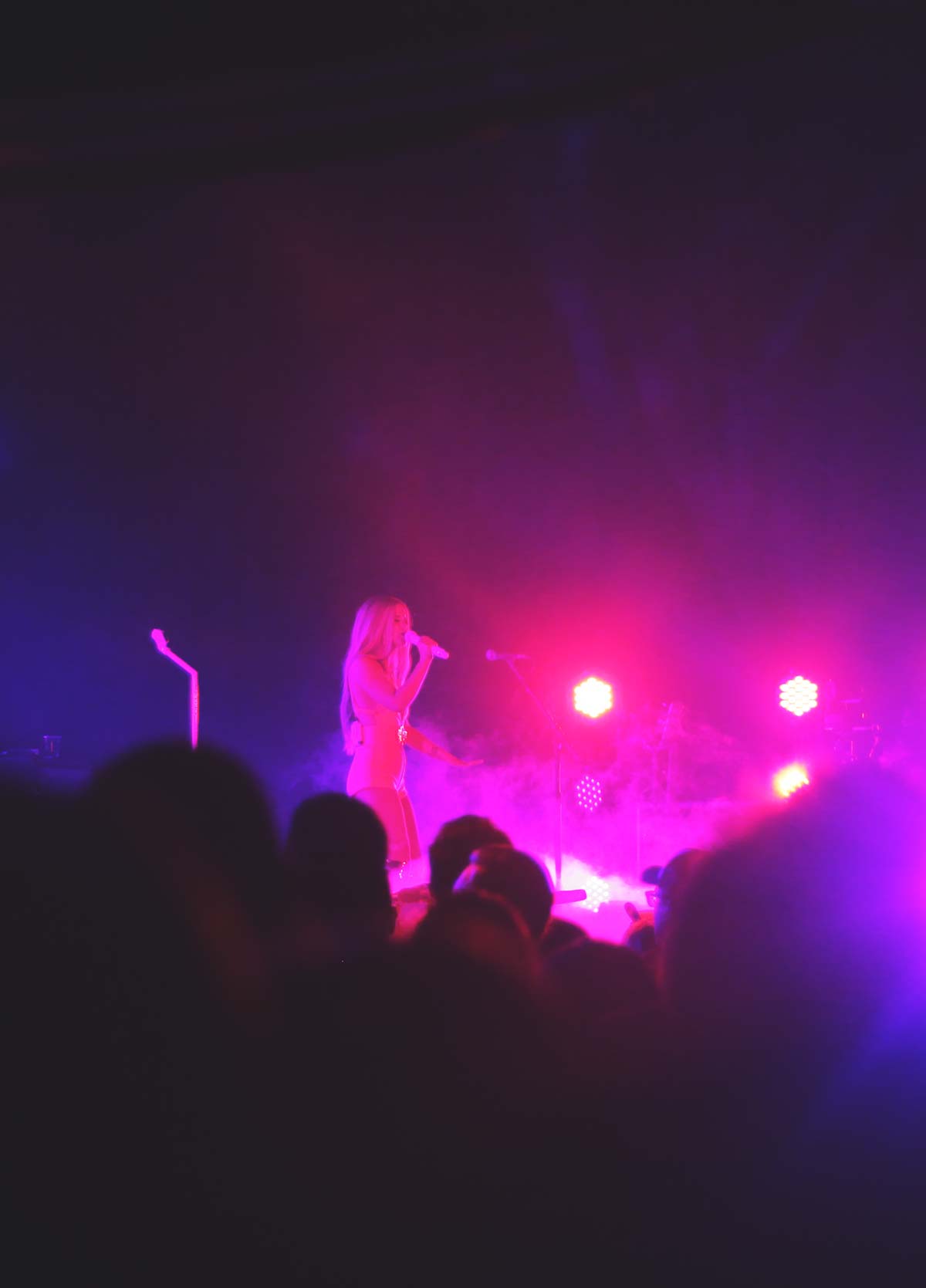 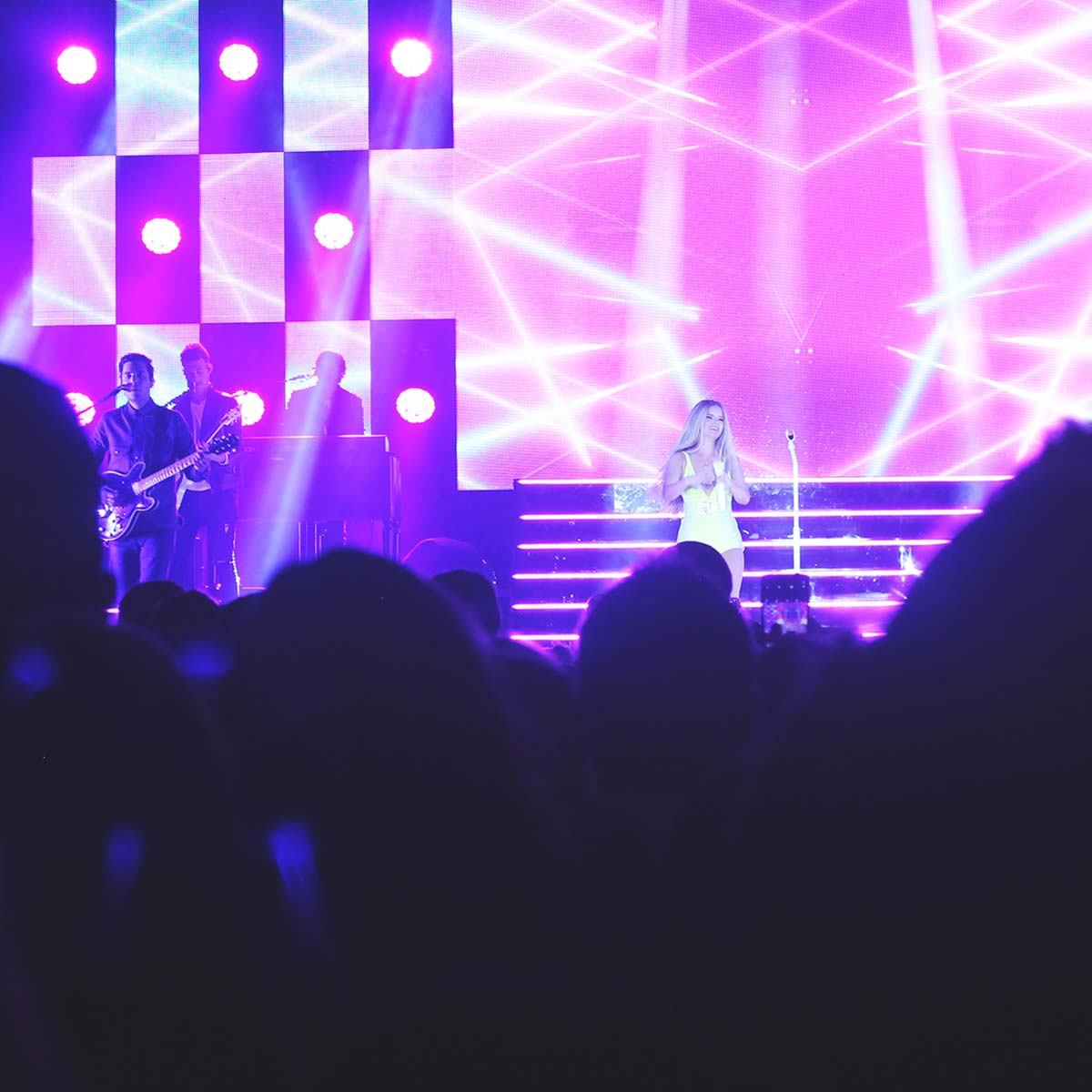 It didn’t take Arlington native Maren Morris long to acknowledge just how much she appreciated selling out her first-ever headlining show at Dallas’ The Bomb Factory.

The moment came just a handful of songs into her set in the Deep Ellum venue on Friday night, which found the pop-country performer kicking things off rather dramatically by elevating from a platform beneath her stage risers as her band launched into the title track and lead single of her just-released sophomore major label LP Girl.

“It’s good to be home, Dallas!” she shouted exuberantly into her microphone before later thanking her fans for all of their support — especially, she noted, given that tickets to this show went on sale even before Girl was released to the public on March 8. It meant a lot, she added, for so many friends and family members to be in the building along with her “Day One” fans who’d been following her since her earliest days as a fresh-faced teenage performer playing coffee shops throughout the region.

Granted, that all came more than a decade ago at this point, and the now-29-year-old Morris has indeed come a long way since.

She moved to Nashville in her early 20s, quickly established herself as a songwriter capable of penning cuts desired by the likes of Tim McGraw and Kelly Clarkson, and later forged her own way as a country music star on the rise with the release of her 2016 major label debut, Hero.

It also set her on a path for international pop stardom beyond country music’s limitations, as her rising profile found her teaming up with EDM hero Zedd for the ubiquitous smash 2018 single “The Middle” that closed out her concert on this night.

Yes, it’s been a long and fruitful trip indeed for the North Texan, and she couldn’t help but recognize as much from the stage on Friday night. Specifically, she recalled how her career led her to opening for country megastar Keith Urban’s 2016 tour — and how she remembered crying after that tour came to the American Airlines Center, marveling over the fact that she’d just performed in the same venue where she’d caught so many arena shows in her youth.

And while this Friday show may have come in a smaller room in Morris’ hometown, the fact that it came with her name atop the bill clearly represented a high-water mark for the performer.

“This night,” she offered at one point, somewhat exasperated, “has been so emotional.”

Just made her performance all the more impressive, really. Throughout the course of her 90-minute set at The Bomb Factory, Morris was more than just a consummate pro. She was an engaging performer worthy of her audience’s thrilled adulation and vibrant singalongs. There were signs all over the place that she has the full weight of the Nashville music machine behind her — a semi-truck bearing her logo and parked out back behind the Bomb Factory was tough to miss — but moments between songs where she offered insight into her mindset gave the night a palpable appeal of intimacy.

Let’s not discount the actual music performance, though. With new blonde highlights to match her bright yellow one-piece, she alternately strutted the stage while bellowing her catchy hooks and rocking power poses as she riffed on her guitar. Her voice was pitch-perfect throughout — powerful and clear, cutting through and rising above her band’s twangy, anthemic arrangements with ease.

The young, predominantly female crowd appeared empowered by what Morris threw down on the Bomb Factory stage, and rightly so. Off the stage, she’s long proven herself worthy of role model status with her outspoken stances on feminism and gun control stances, and on Friday night she further exuded that poise and confidence on the stage. Was it effective? Well, the parents in the room — we spotted one young dad carrying his newborn in a Baby Bjorn while rocking out — barely bristled at her drinking- and smoking-nodding lyrics, so we’d say so, yeah. (Perhaps ironically, the venue’s smoking patio was mostly empty all night long, and lines at the bar were never seemed more than two patrons deep.)

In recent months, Morris has — as one might’ve anticipated in the wake of “The Middle” — come under fire by asinine country purists who fret that, much as the Nashville scene lauds her, she’s just not “country” enough — y’know, as if the recent saga involving country music radio embarrassingly giving fellow North Texas product Kacey Musgraves the cold shoulder weren’t bad enough for those sorts to be dealing with.

That’s all hogwash, frankly. Country music should be thankful that an artist of Morris’ caliber is happy to align her star power with its often-too-narrow scope. Similarly, North Texas should be proud to claim itself as being part of Morris’ impressive and continued rise — and consider itself lucky that she indeed reciprocates that sentiment.

Standing on the Bomb Factory stage, utterly commanding her sold-out room’s attention, it was tough not to marvel at just how far Morris has come to date, or to imagine just how far she’ll go from here.

We’ll presage this much, though: It won’t be long before she’s replaced Keith Urban atop her hometown bills at the AAC.

We’ll bet sooner than later on that one.