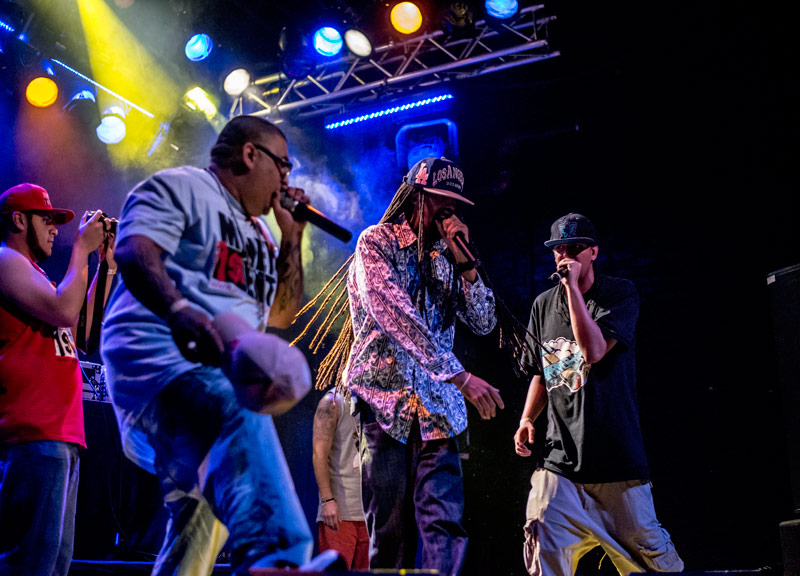 But, walking out of the damp Dallas night and into the cloud of pot and incense that filled the Deep Ellum venue, there were other surprises to be found, too — namely, a surprisingly low turnout from local hip-hop heads at this scheduled performance from the acclaimed Queens rap duo Mobb Deep.

That situation would improve somewhat over the course of the night, thanks in part to the house DJ for the night, DJ Q, and his Dirty South offerings, which would draw late arrivers onto the dancefloor for some booty shaking and pelvic thrusting. But, for the most part, this was a mellow night. And the opening performers didn't do much to improve the situation. Before long, Money 1st Entertainment swarmed the stage with the help of DJ Q, and though the crowd was finally ready to hear some real hype by the time this crew's performance began, the three rappers seemed mostly out of touch with their crowd.

“Where all my pot smokers tonight?” the rappers repeatedly asked to minimal response. Alas, they handed out rolling papers to the few fans gathered by the front of the stage, nonetheless.

Maybe it was the pot or maybe it was Money 1st Entertainment's lackluster performance, but once the red theater curtains of the venue's stage closed after those openers' set, the crowd on hand had started to become a little restless with their anticipation. Still, there'd be more waiting ahead for this audience. Before Mobb Deep's performance, the duo's back DJ, On Point, took to the stage to introduce yet more opening performers, these unbilled ones hailing from Mobb Deep's backyard in New York City. Though intended as yet another way to get the crowd pumped, their efforts too missed their mark.

The crowd was having none of it. One group of fans in particular got vocal with their dissatisfaction, screaming out “Where the fuck is Mobb Deep?!” loudly and on more than one occasion. The wait, in these fans' defense, was grueling.

But something else would happen amidst the waiting: The crowd, bored, had started to become somewhat drunk. And the happy thoughts of “The Infamous” gracing the stage soon enough started to swell.

So when Prodigy and Havoc finally stepped on stage, they did so while receiving a rather warm welcome from the audience. The night had finally begun — and the crowd was definitely ready to get down.

The duo, in turn, seemed happy enough to share the night with the fans on-hand — but weren't so overwhelmed with joy that they didn't take multiple opportunities to show the fans that no-showed the middle finger. Still, they'd eventually placate even this non-attending set; about halfway through Mobb Deep's showcase, Prodigy called for a fan to join the twosome on stage so as to record a video of the group's next song and, later, upload the footage to YouTube. A guy in the front left section of the floor immediately jumped up onto the stage, pulled out his smartphone and pressed the record button.

In the end, these headliners' performance would prove satisfying. From old-school classics to new tracks from Havoc's newest album, 13, the duo touched on cuts from all over their 20-plus years of recording. Then, after a few handshakes with the fans up front, and with sweat dripping from their brows, the hip-hop legends peacefully left the stage.

It was a long time coming, their set. But it was worth the wait. 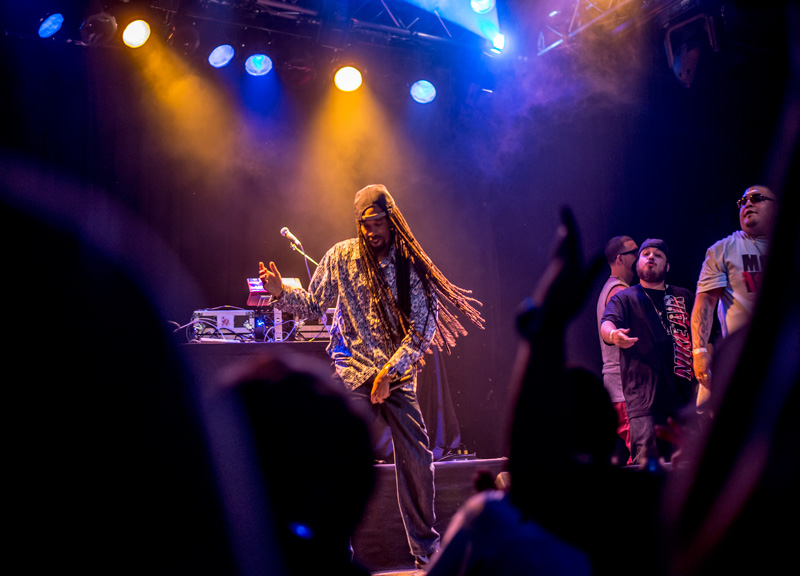 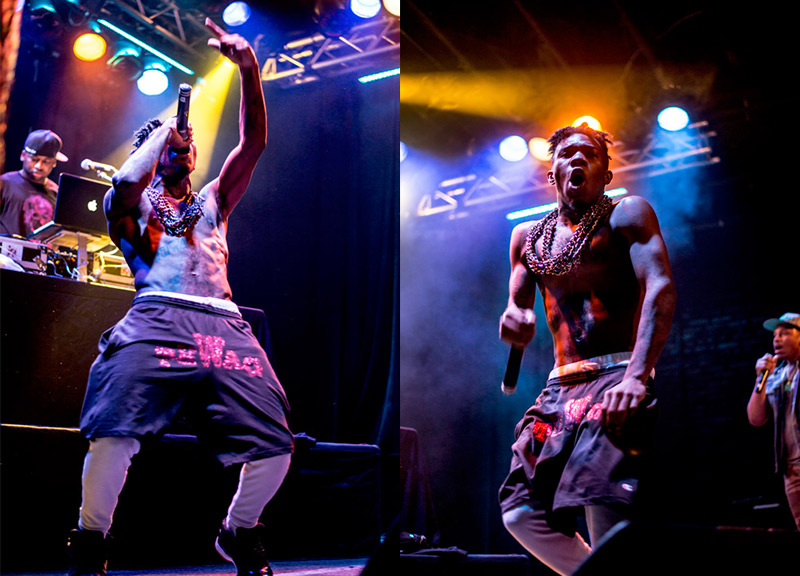 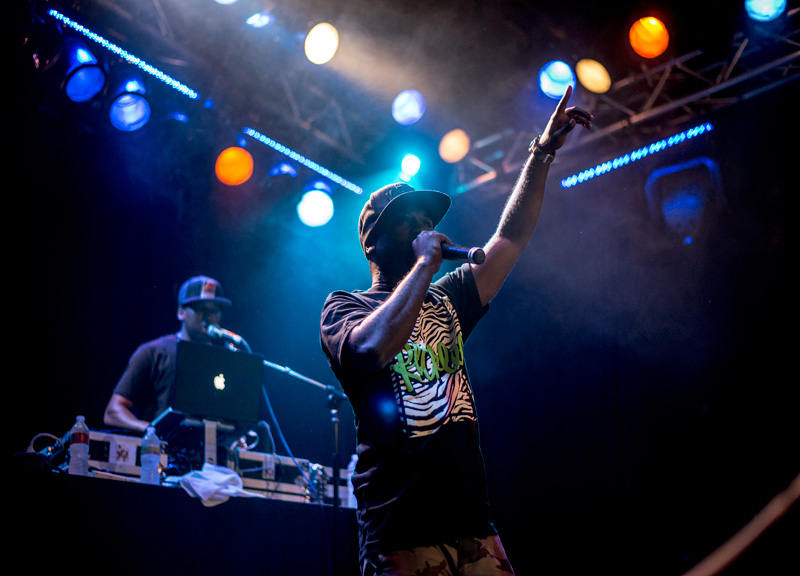 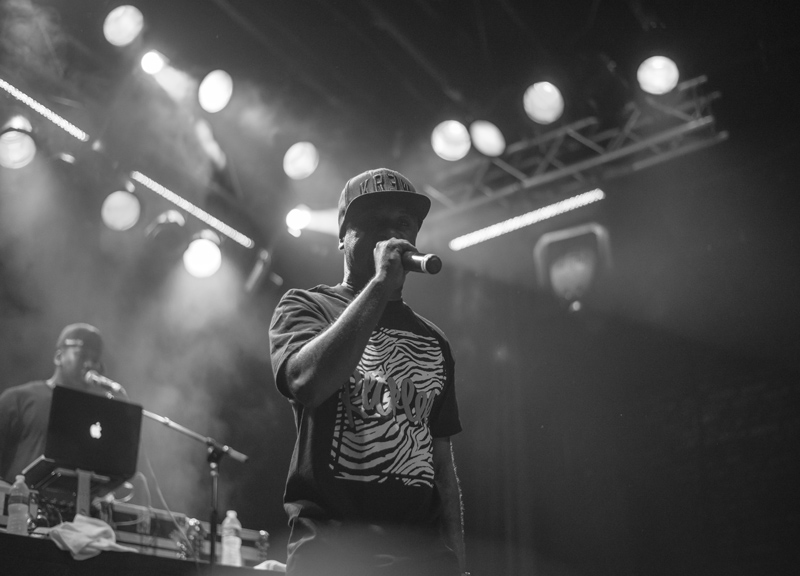 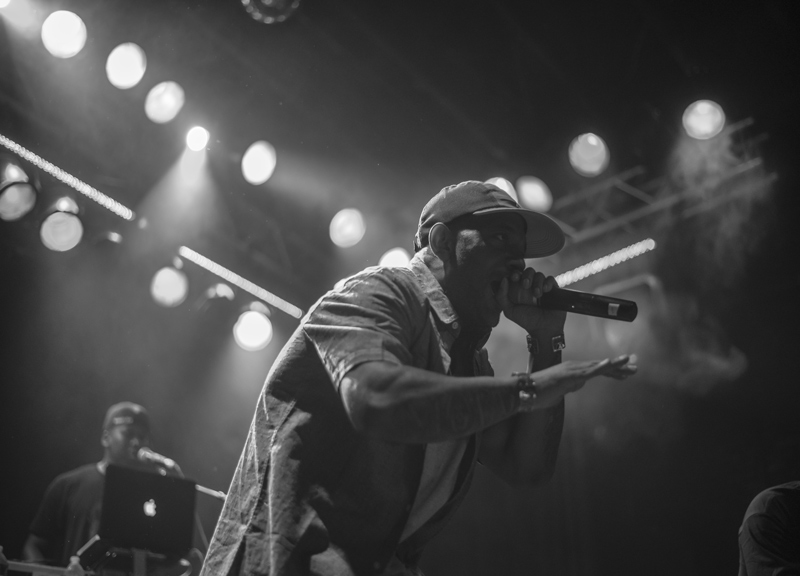 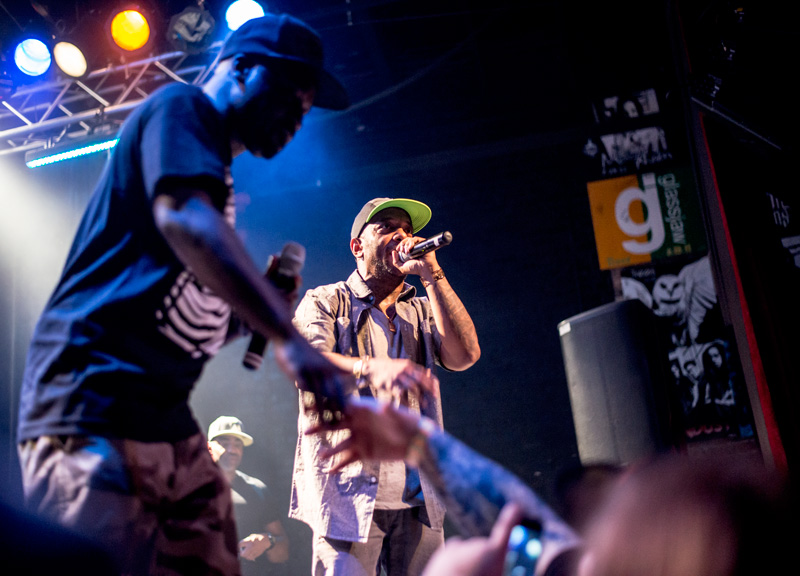 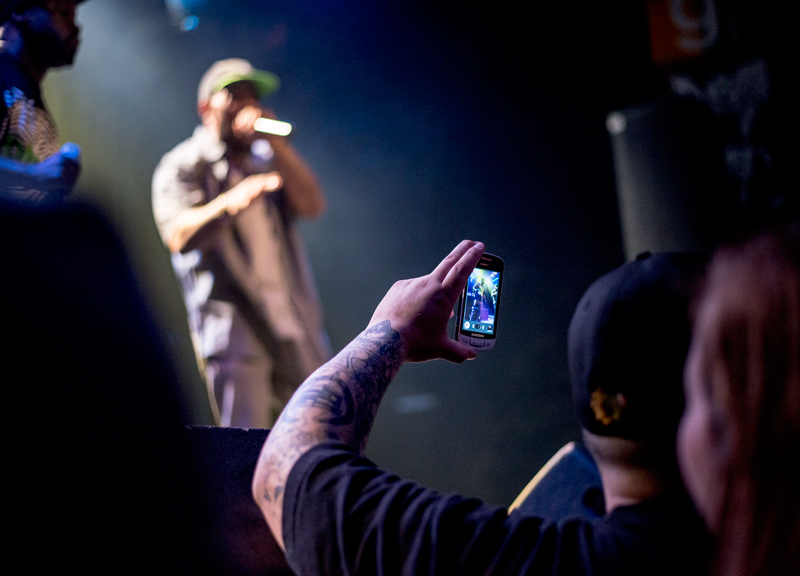 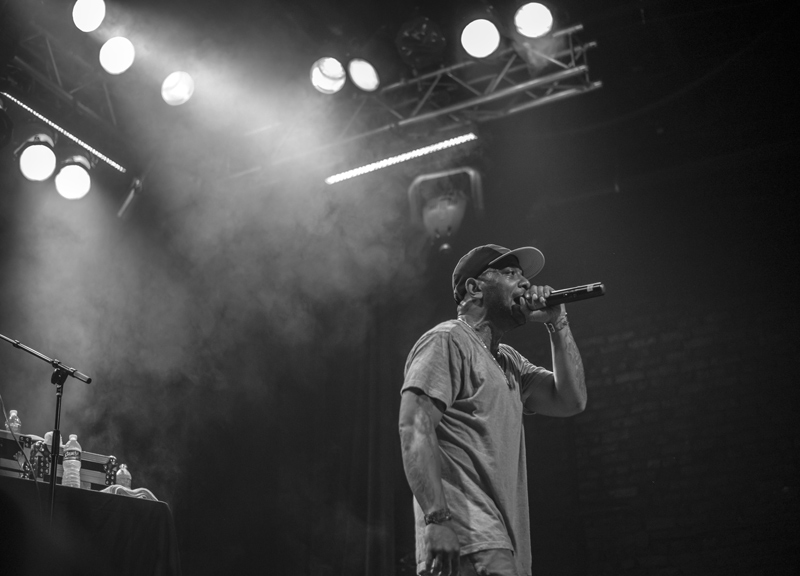 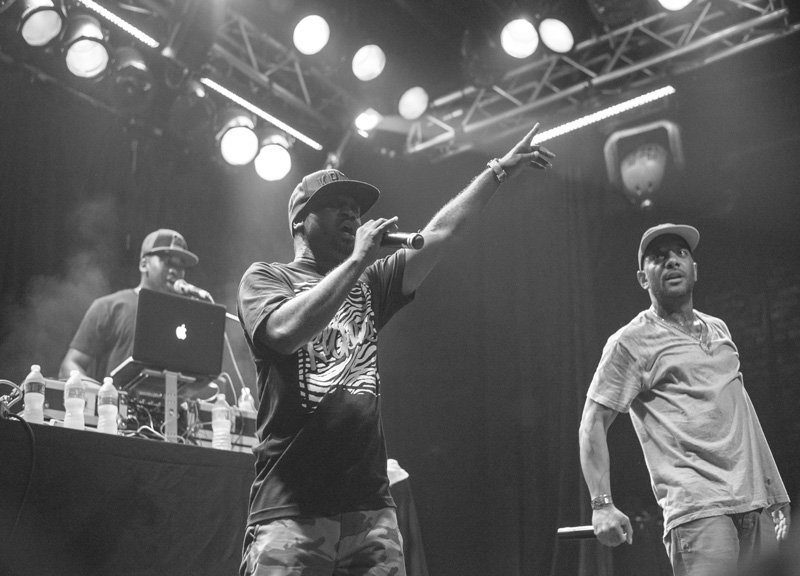 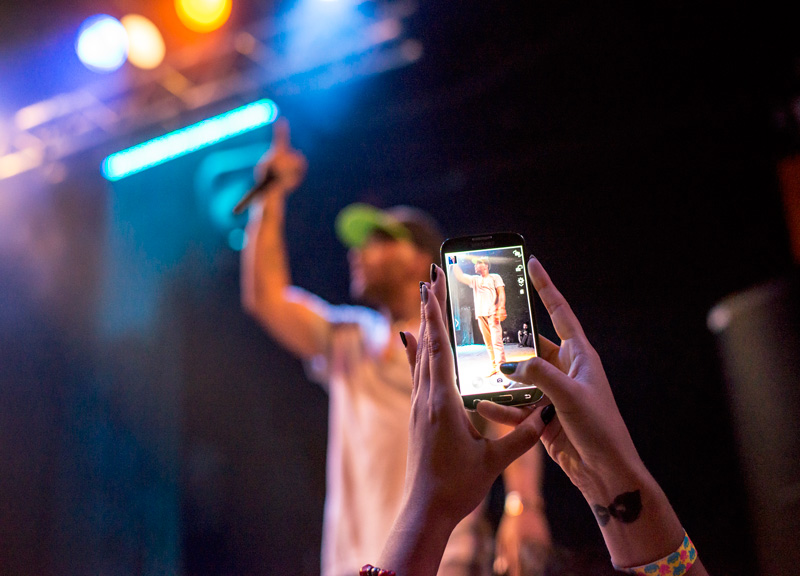 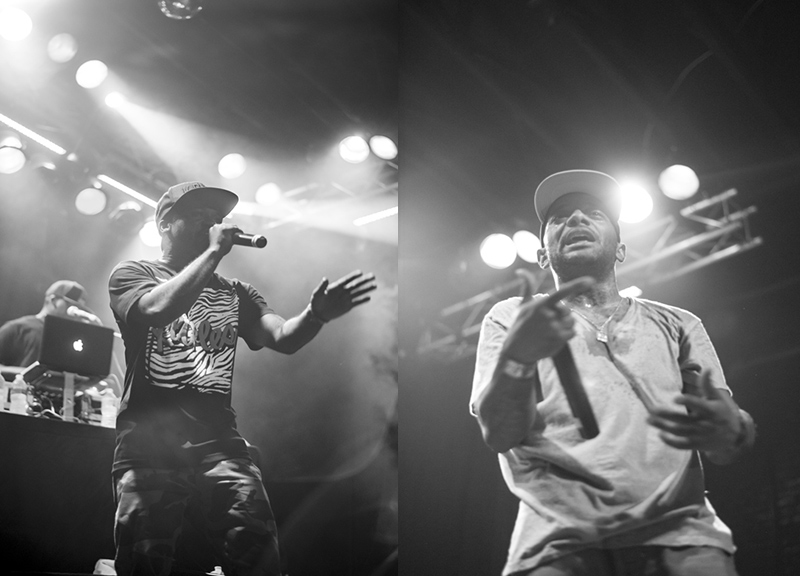 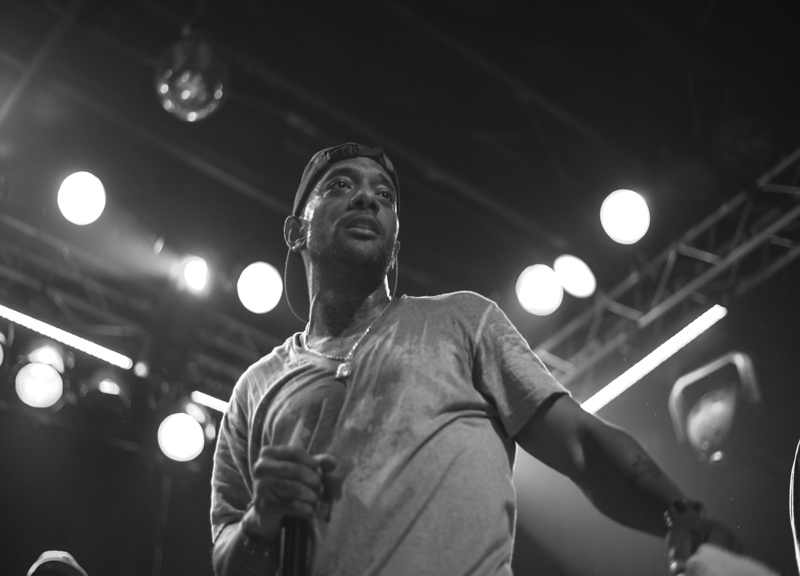 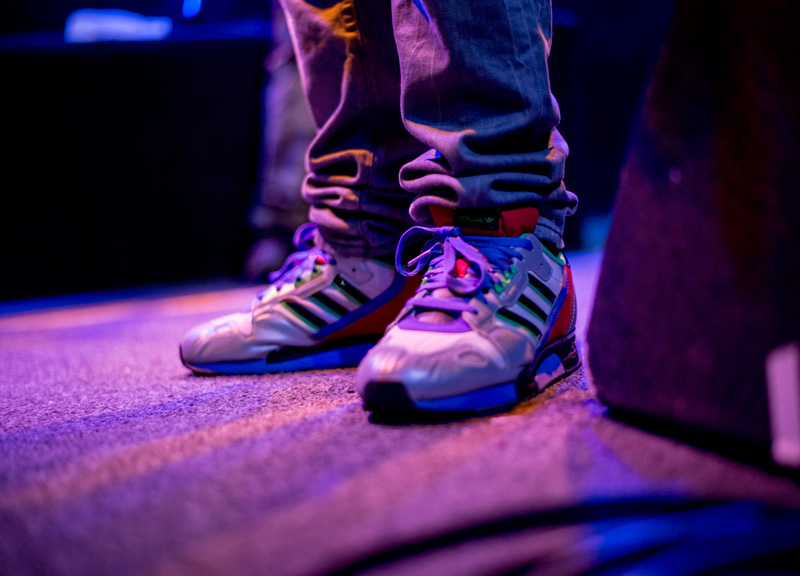 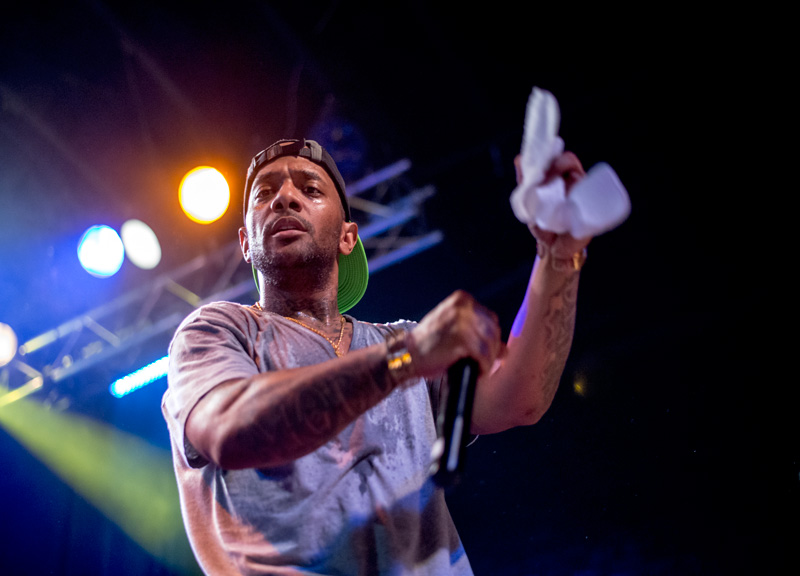 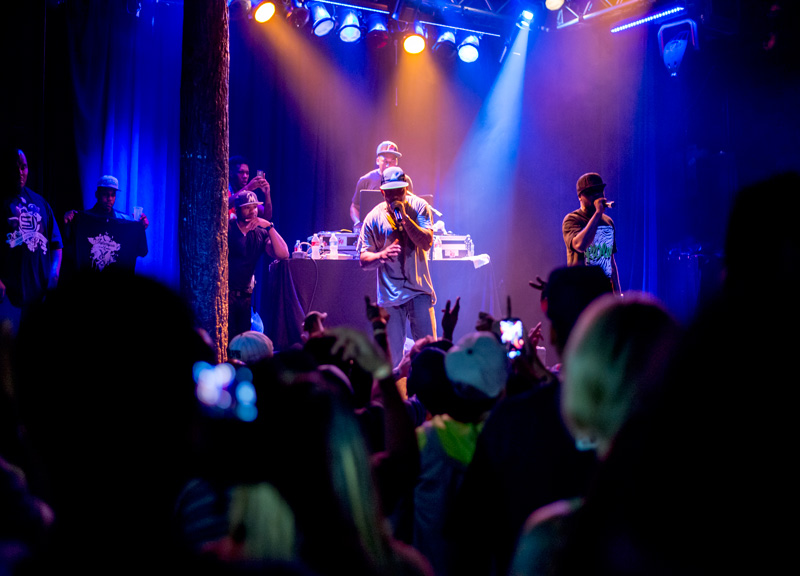 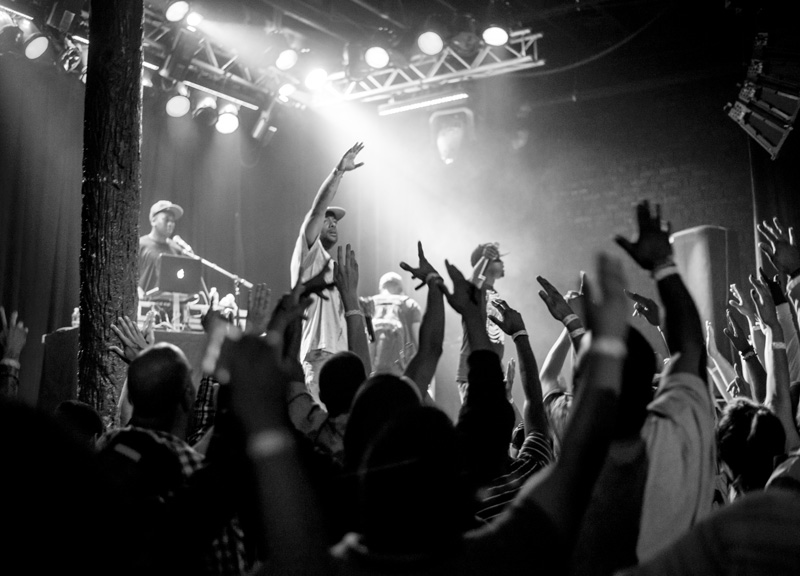 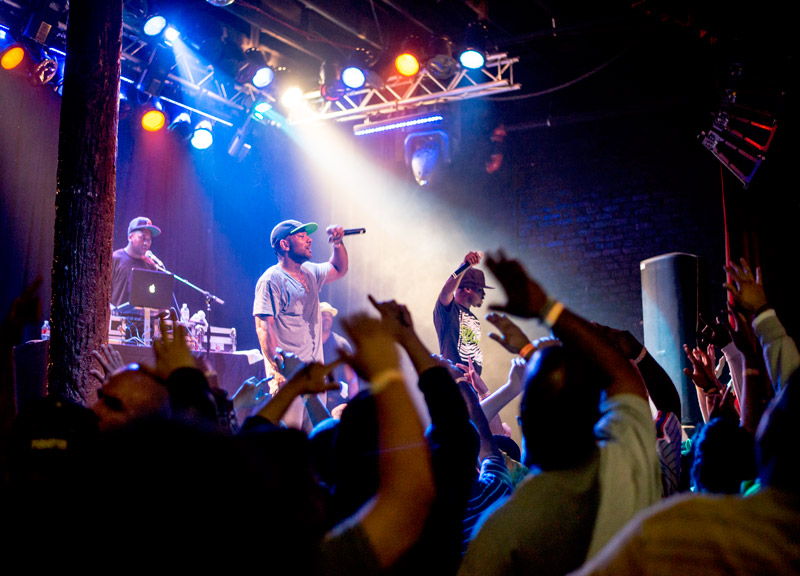