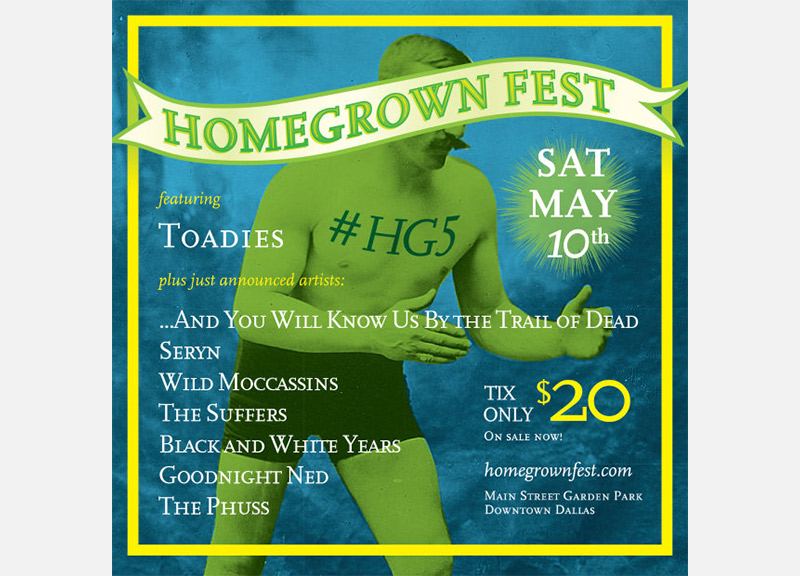 Trail of Dead To Play Source Tags & Codes In Entirety at Homegrown Fest.

So much for the Toadies being the only band slated to play an iconic album from front to back at the fifth annual Homegrown Festival.

At midnight, organizers announced that Austin rockers …And You Will Know Us By The Trail of Dead will also be on the bill — and that, much like the Toadies are doing with 1994's Rubberneck, Trail of Dead will be playing its acclaimed Source Tags & Codes in its entirety, too, on Saturday, May 10, in Main Street Garden Park.

Trail of Dead has released five albums since that revered 2002 album's release — two since 2011, in fact — but, well, none of those other albums boasts the king-maker distinction of grabbing one of Pitchfork's earliest perfect 10s.

But, turns out, there's more to the announcement: In addition to the Toadies and Trail of Dead, organizers last night announced that Denton folk darlings Seryn, Austin indie rockers The Black & White Years, Houston poppers Wild Moccasins, Houston soul collective The Suffers, Dallas roots rockers Goodnight Ned and Dallas hard rockers The Phuss will too be a part of the bill.

Also? There are still more band announcements to come.

But there's no waiting on advance tickets, which are available here for $22 per, post fees.