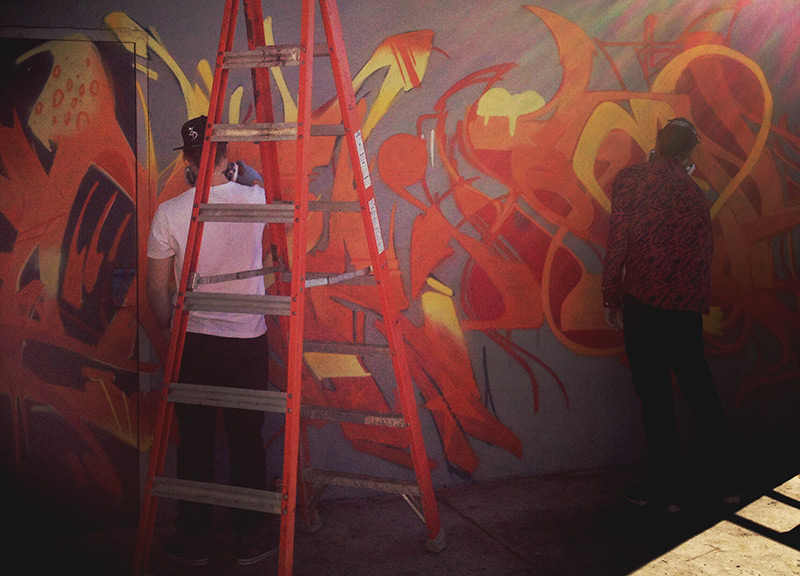 It's Halloween, so there's of course a shit-ton of goings-on all across the city tonight. But, without much doubt, one of the night's bigger happenings is taking place at West End nightclub Zouk, where Canadian electronic duo Zeds Dead will be holding things down on the venue's massive PA.

Holiday-centered offerings from Zeds Dead at Zouk isn't necessarily a new thing — the twosome played the club on December 30 of last year — but fans can expect at least one new element at this evening's offering: a little original art.

Jeremy Word of Full Access, the booking and promotions entity behind tonight's show, passes along the below photo, which shows half of the twosome tagging the club's exterior wall, just to the right of its main entrance, in advance of tonight's show.

He has the club's permission to do so. But, still: Pretty cool.