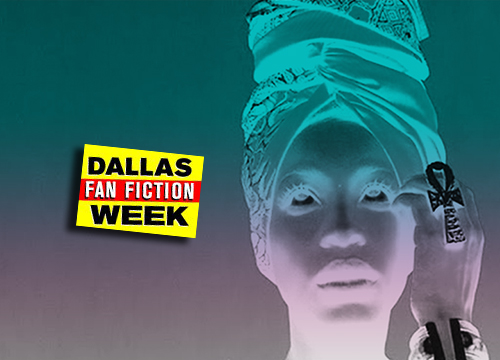 The Misadventures of Lo Down Loretta Brown.

“The Misadventures of Lo Down Loretta Brown.”
The scroll across the bottom of the screen read, “DOES THE QUEEN STILL DESERVE HER CROWN?”

She hated the news, but she had no choice but to watch it. How else would she know when the city was in danger? She loved to help. That’s what heroes do. She knew that she was the city’s only hope, but she never understood why help was always needed. She didn’t understand why the world’s cup was constantly filled to the brim with the poison of evil with no chaser of justice in sight. Why did the city wake up every day hungover on hatred?

She had so many questions, but heroes don’t have time to wonder why things go wrong. They just have to fix them.

Until today, the news was mostly as predictable as the forecast in Alaska. Cold-blooded cops leaving warm wounds on black bodies. War. Another politician proving that the government is everything but for the people. War. Crime. More war. More crime. It was a cycle she had become accustomed to. The world had gone mad, but the one benefit of insanity is the honesty that comes with it. Art tends to be the best when society is at its worst. She was an artist. And, in this crumbling community, art was so important that the world’s most influential creative masterminds were appointed actual positions as leaders. She was the Queen of Healing. Well, that’s all they knew her as.

Today’s news was all about her, or at least the version of her that the people knew. People all over the world, especially those in her hometown of Dallas, were starting to become frustrated with the fact that the Queen had not released an album in over four years. In this day and age, music was people’s main source of healing, so just as with medicine, they preferred to have their prescriptions refilled as soon as possible. The days of artists taking time to grow between projects were gone. If you wanted to last, you had to do a lot, and do it fast. She never liked that. She’s different. In a league of her own. There is not an artist capable of duplicating the magic disguised as music that she creates, which explains why she was the Queen.

But there was something the world did not know about her. At night, while the city wills itself to sleep and crime fills the streets, she becomes Lo Down Loretta Brown, the baddest, toughest, roughest, most loveliest lady you’ve ever seen.

Surprised that there were absolutely no threats to the safety of the city at this moment, she continued to watch newscasters discuss how she, of all people, was the one damaging the minds of masses and the state of the streets. An overly enthusiastic puppet of a man in his mid-30s, accompanied by a woman just as animated and around the same age, occupied the screen of her television.

“Yeah, Sara, I just don’t understand it! What could she possibly be doing that’s keeping her from doing what she was appointed to do? It’s quite an interesting scenario, to say the least.”

Sara tapped her papers on the desk.

“You know what, Bob? I’ve been wondering the same thing. It’s a question that’s been on my mind for some time, and it’s obvious you’re concerned about it too…”

She paused as if she had forgotten the lines of a poem she wished she had written and was trying to remember the next few words before the crowd realized there was anything wrong.

The news was like that sometimes. Scripted like a great performance piece. That’s how Loretta saw it, anyway.

Sara continued: “And, you know what, Bob? I’m pretty sure we’re not the only ones worried about this. The whole city is in an uproar!”

She ended her sentence in a way that passed the attention back to Bob like an alley-oop lob. Bob, with a serious look on his mechanical face, was all too happy to take her pass.

“We sent correspondent Tina Leftfoot into the streets of Dallas to see how the people of the city feel about the Queen’s absence.”

Tina Leftfoot had designs on being a world-renowned reporter. She graduated with honors from the University of Missouri with a degree in journalism. She entered the field thinking she would get to use her gift to spread more honesty in the world with the platform of the news. But she soon found out that would be much harder than she initially thought. She hated her job, but it was the only way she could survive.

This subject in particular did not sit well with Tina. She supported the Queen one hundred percent. She understood what it meant to take your time. Not only that, but she had a hunch that the Queen was also the famed Dallas vigilante Loretta. She’d never say anything about it on air — partially because she wasn’t completely sure — but a woman’s intuition never lies.

Loretta had zoned out on the two puppets by this point, but her focus returned to the news when she saw one of the very few reporters she liked appear onscreen.

“Hello, world. Tina Leftfoot here, in the heart of Dallas, Texas. As I’m sure most of you know, the Queen has not given the people an album in quite some time now. In a world where the artist is expected to be more of a machine than a person, society is impatient when it comes to waiting for new art to consume and throw away. I’m out here talking to the people, letting them voice how they feel about what the Queen has been doing — or hasn’t been doing in this case.”

Tina’s face showed a slight shade of disgust as if the last sentence she said was something she was forced to eat and regurgitate.

She continued: “The following opinions do not reflect the beliefs of this station.”

“Look,” one interview subject started, “all I’m saying is how you gon’ be the so-called Queen, but you don’t never show no love to yo’ people? We out here struggling, dealing with all this crime every day. What’s she doing to help? She don’t do nothing but sit her lazy ass on that throne! I definitely think… nah, I definitely know she don’t deserve that crown no more. Hell, I could be Queen too if all I had to do was sit around and not do my job! She ain’t out here saving the world or nothing. It ain’t like she Lo Down Loretta Brown. That’s who should really be the Queen.”

If they only knew.

At any point, she could’ve easily revealed that she was both the Queen and Loretta Brown. But she didn’t want that. That was too much attention.

She just wanted to help. And she did. She helped more than anyone else would ever be willing to do.

And all they wanted was a new album.

A new album would come one day. Loretta knew that for sure. But being a superhero is time-consuming, especially given the constant state of danger in this new world.

She didn’t care what they said. She’d keep helping them anyway.

First, though, she turned off the television.

David Morgan is an artist currently residing in Dallas, Texas. His form of expression ranges from writing and poetry to music and illustrations. Since first breaking into the local music scene as half of the acclaimed hip-hop duo The Mohicans along with Devan Bernard, Morgan has since self-published two books and released several mixtapes. Check out more of his work at DavidFnMorgan.com.

OTHER DALLAS FAN FICTION WEEK STORIES.
• All Tay’s Exes Perform In Texas. On a serendipitous evening three of Taylor Swift’s ex-boyfriends perform in Dallas at the American Airlines Center. Yes, there is drama. Yes, there is bad blood.
• Out To Lunch With John Tesar and Matt McCallister. Two of Dallas’ most celebrated chefs have lunch… at a Taco Bell. James Beard award winner Alice Laussade’s hilarious story sheds a light on the chef’s “big” personalities.
• I, Nowitzki. Comedian Clint Werth pals around with Dirk Nowitzki, then steals his identity — and much to the chagrin of Tim Duncan.
• Too Old For This Chip. Frustrated at Dave for always exploiting them, the Chipmunks quit Hollywood, move to Texas and become the best ever death metal band in Denton.
• Dr. Phil’s Show of Revelations. Jerry Jones appears on Dr. Phil to unveil a big secret. But will anyone believe him?
• Another Keep-It-Real Moment. What happens when a radio ad pitch stops being polite and starts getting real?
No more articles