Dallas Bartenders Become Calendar Boys For A Cause. 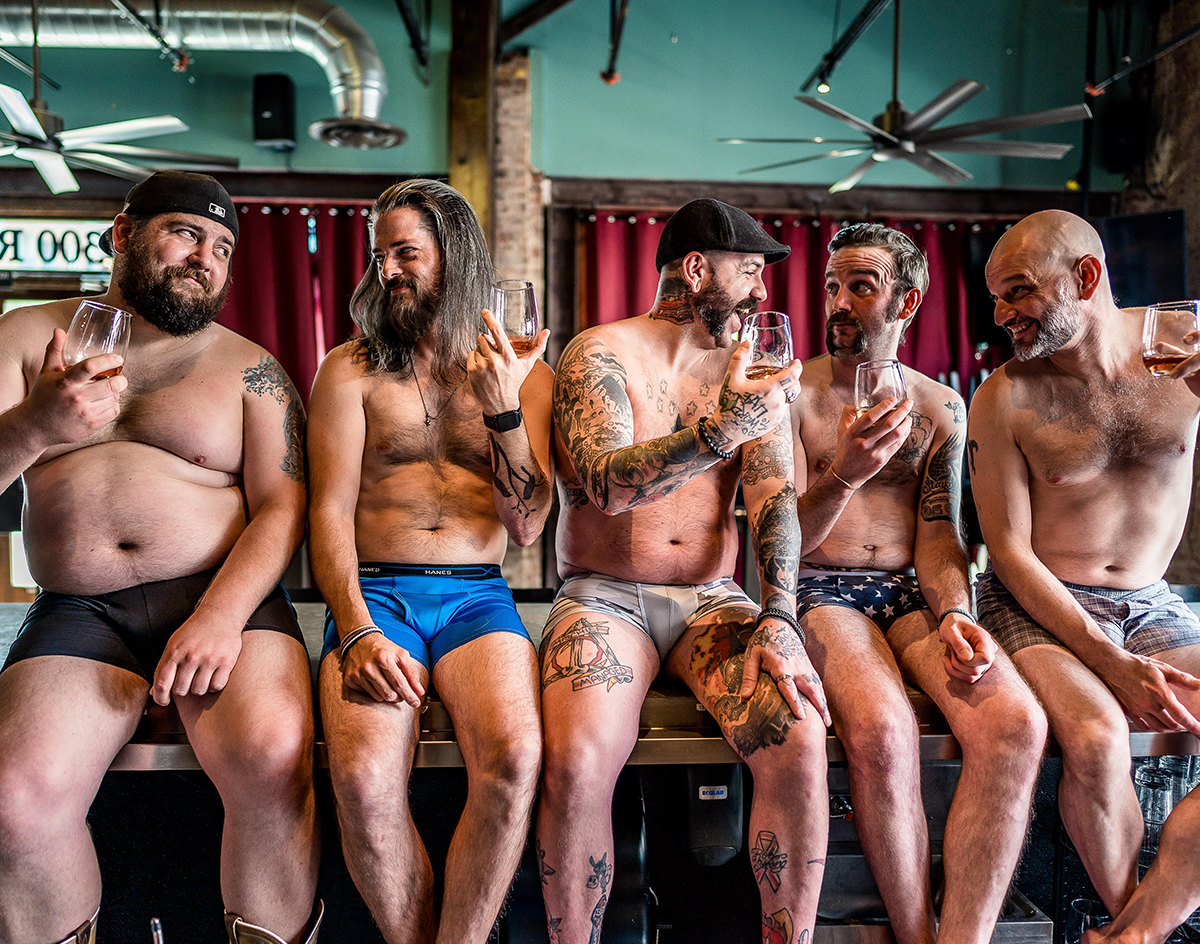 A Group Of Dad-Bodied Dallas Bartenders Are Taking It Off For Undocumented Service Industry Workers Who Can’t Receive Unemployment.

On Tuesday, Dallas County saw its highest single-day numbers since the pandemic began, with 16 deaths and 257 new cases.

As we know, this virus is disproportionately affecting people of color. We also know now that the unemployment rate has surpassed 40 million Americans, leaving many undocumented workers without pay. So, in an effort to help those who are unemployed but cannot receive unemployment aid due to their undocumented status, some of Dallas’ bartenders are dropping trow.

When High and Tight bartender Jason Hanshew found that some of his close friends were unable to receive unemployment benefits when restaurants and bars closed, he wanted to organize a way to help. What culminated was a bunch of dudes with dad bods atop a bar in their underwear.

“I got unemployment within two weeks,” Hanshew says. “But some of my dear friends were essentially ass-out because of [being undocumented], and that’s not fair.”

Shot at the now-closed Ross & Hall Beer Garten & Kitchen by Dallas-based photographer Jonathan Abdul, the calendar features shots of the guys in front of cleverly placed giant jenga balls on a pool table, among other hilariously seductive poses.

All proceeds go toward Undocumented Workers Fund Dallas, aimed at providing relief to undocumented workers in the service industry. The organization was launched back in March by Armoury D.E. General Manager Rosey Sullivan, and doles out weekly grants to those affected. As of publish, the calendars have raised more than $1,300.

Hanshew, who modeled for the calendar himself, has already put in an order for more copies of the calendar, which run for $25 shipped and can be purchased on a Facebook event page for online orders.