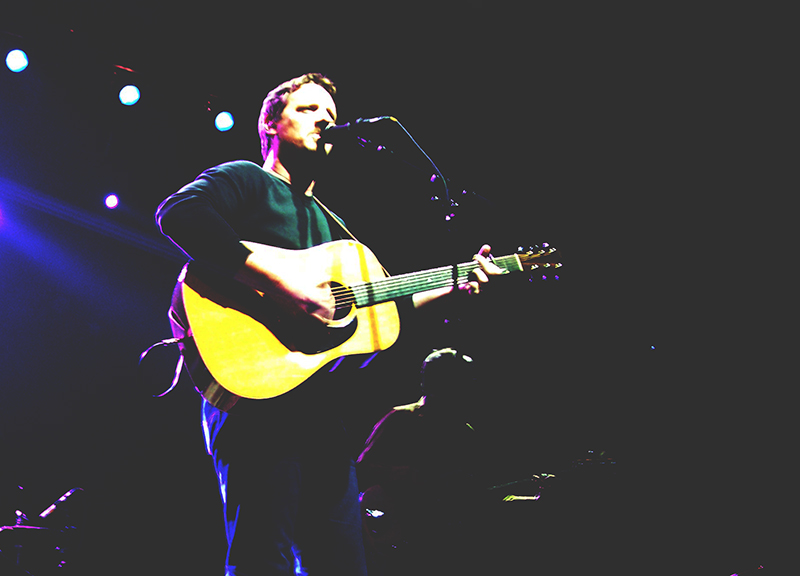 Modern country gets bashed plenty these days. And for good reason.

In short: The genre is about is homogenous as things come these days.

This is a point best illustrated by a video that went viral last week, wherein No. 1 songs by Luke Bryan, Blake Shelton, Florida Georgia Line and a few others are seamlessly pieced together in an undeniable mishmash of sameness. This was just the latest groan in the growing sentiment that country is a flogged mule in desperate need of saving in 2015 — and a feeling shared by more than just the small circle of critics and elitist music snobs.

Take, for instance, the guy behind us in line as we were filing into the WinStar World Casino & Resort’s performance space for a Jason Isbell and Sturgill Simpson double-bill on Saturday night: “Sturgill Simpson?” he quipped to his companion. “Yeah, I’ve heard of him. He’s supposed to be the guy that’s gonna save country music.”

Even that patron couldn’t help but chuckle a bit to himself at the thought of that herculean task. How can the entire fate of a decades-old genre rests on the shoulders of a single, admittedly pretty unassuming musician?

Still, the country music savior title was thrust upon Simpson by dozens of writers and reviewers in the last year following the release of his stellar Metamodern Sounds in Country Music LP. (The argument could surely be made that music writers are as unoriginal a lot as Jason Aldean and Co.)

And, regardless of just how well folks like Simpson and Isbell are embracing their new “savior” designations, the twosome went about the business of breathing some much-needed life into the maligned country genre on Saturday just the same.

Of course, the co-headliners went about their rescue mission in completely different manners.

With his hour-long opening set, Simpson showed off that his no-frills offering translates just fine to bigger stages. Even without having to add in a bunch of pyro, choreography or well-rehearsed stage banter, Simpson and his mostly stoic backing band whipped WinStar’s 3,000-capacity room with largely the same set he played at Dada back in November.

Surely, the band’s ability to slay just as capably in a room of this size as he can in a 400-capacity room says something. One of those things: Much as Simpson gets lauded, the versatility of his show is just as much indebted to the thoroughly encapsulating theatrics of Simpson’s lead guitarist, Laur “Little Joe” Joamets, whose ability to flawlessly ape pedal steel parts by riding the volume knob on his Telecaster and ability otherwise pull off multiple parts at once is hard to look away from. Naturally, a player of this caliber doesn’t need the aid of fireworks exploding overhead to be an engaging performer.

And Simpson very much payed the compelling frontman role. Rollicking bluegrass-infused numbers like “Railroad of Sin” and “Sittin’ Here Without You” from 2013’s High Top Mountain were certainly crowd pleasers, and each were met with chorsuses of stomping and hollering throughout — an feat more impressive considering it was a wholly seated show. Another treat came when Simpson asked for requests and somebody yelled out “Just Let Go,” from his most recent album, and, though he said the band doesn’t really play that one live, they were happy to oblige. There were, of course, also healthy nods to Simpson’s vintage country roots with covers of The Stanley Brothers’ “Medicine Springs,” The Sunday Drivers’ “Sometimes Wine” and The Osborne Brothers’ “Listening to the Rain,” the last of which the band spiced up with long rocking solo sections and some healthy nods to T. Rex’s “Bang a Gong.”

Alabama native Jason Isbell, in his following set, made it quite clear that he doesn’t quite approach his own career with the same fuck-it-all outlaw attitude that Simpson does. But there’s no reason he doesn’t deserve to shoulder some of country music’s future health some, too. Like Simpson,Isbell refuses to shy away from peppering his emotive, folkier-leaning tunes with F- and GD-bombs — or references to doing rails in Super 8 motels, for that matter.

Obviously, both acts here are far more concerned with staying true to themselves and their crafts — even at the expense of releasing songs that ever had a chance at radio play. One gets the feeling from watching their live sets that having their tunes sandwiched on the dial between atrocities by Luke Bryan and Lady Antebellum is the farthest thing from either of these guys’ minds.

Isbell, in particular, is a brilliant lyricist that’s equally comfortable singing poignantly gut-wrenching pieces about carnal love as he is desolation. Though his live set’s far less gritty than Simpson’s on the surface, he’s got plenty of anti-establishment in him just the same. It makes him an equally compelling performer whether his 400 Foot Unit backing is doing a big arena rock number or he’s doing a solo acoustic cut about a lover slowly dying of cancer as he does on the heartbreaking “Elephant.”

The most refreshing thing about both of these acts — and Isbell especially — is the weight of what they’re singing about. Even when it’s not as heavy as a dying girlfriend, there’s always a gravity to the things these guys are singing about, from the harsh truths of working in a Kentucky coal mine (Simpson’s “Old King Coal”) to nursing a hangover with Pedialite (Isbell’s “Super 8”), which are desperately lacking in a bro country scene that’s more concerned with superficialities like pearl snap shirts, painted-on jeans and shotgunning cans of light beer on a Friday night.

It’s the honesty and realness of these guys — plus compatriots including Kacey Musgraves, Caitlin Rose, The Felice Brothers and such — that will probably, ultimately draw in the generic country fanboys.

Listen: Country’s still a long way from being saved. The fact that we’re all laughing at the same bro country-lampooning viral video be damned; early in 2015, the genre’s not really in all that much better shape than it was in 2014.

Slowly but surely, everyman artists like Simpson and Isbell are helping to change all that, though — even if they themselves don’t completely buy into the notion that there’s anything savior-like about what they’re doing.

Of course, it’s precisely this type of self-effacing attitude that’s so effective at drawing folks in. It’s also one of the biggest character deficiencies for Bryan and the rest of their counterparts. And it’s also the reason that, whether the media appoints an official messiah or not, country music will be just fine.

These things just take time, is all. 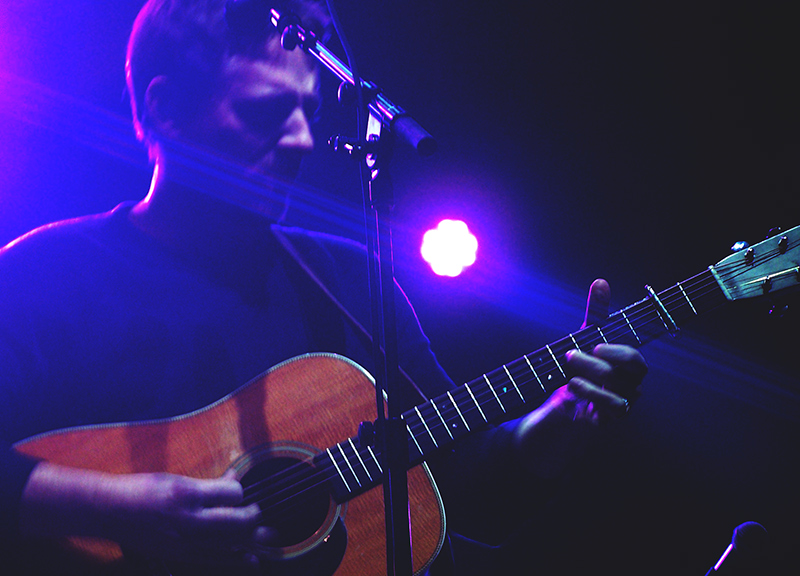 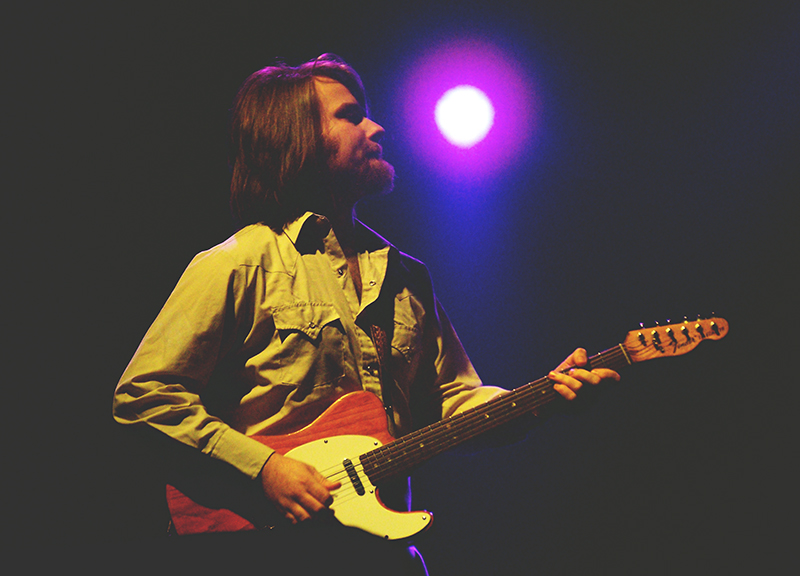 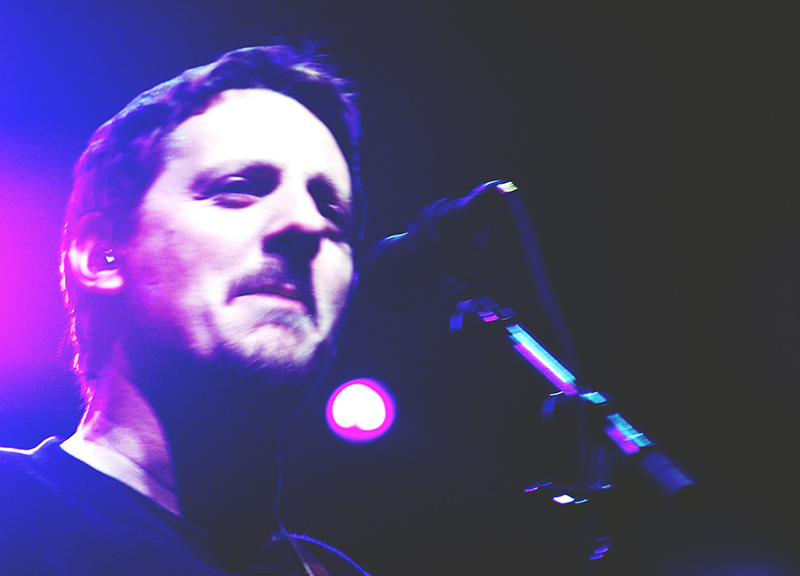 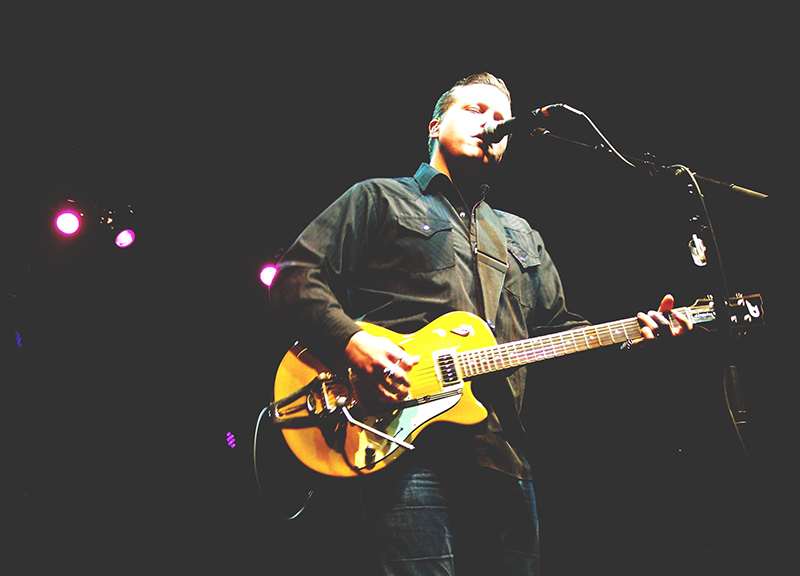