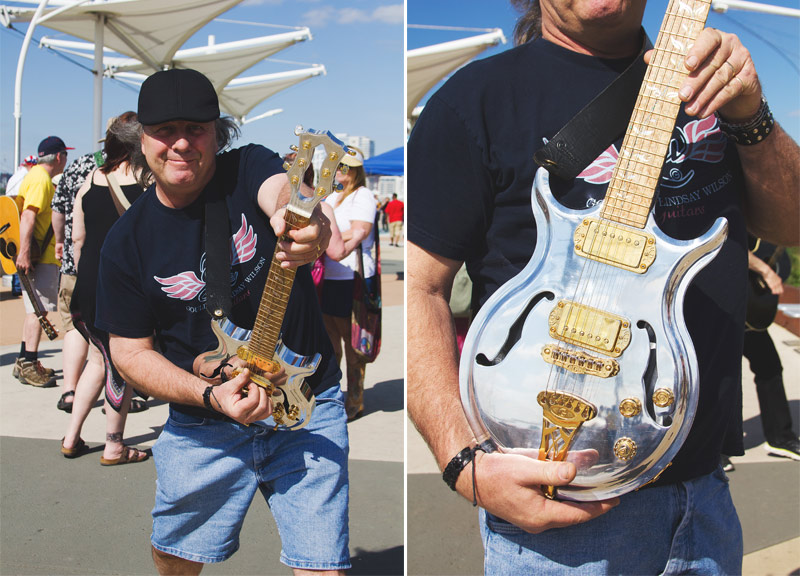 Though it was started by Nervebreakers guitarist Barry Kooda as a parody movement meant to lampoon the frequent demonstrations by Open Carry activists who often like to show up in public places brandishing assault weapons, Dallas' Open Carry Guitar Rally grew into something of an event all its own in its second year.

This past Sunday afternoon, just like last year, a whole bunch of Dallasites showed up to the Continental Avenue Bridge Park, exercising their Second Amendment rights to bear guitars in public. This time, though, they also added food trucks and live music to the proceedings.

We attended the affair with our cameras locked and loaded, looking for the coolest guitars on the scene. Here they are, along with their stories.

Name: Donnie Pendleton.
Model: Goulding from England.
How'd you get this guitar? “I'm the only American endorse. I'm a professional player; I play with the Allen Fox Band. We're a blues-rock band out of East Texas.”

Name: Rebecca Montgomery.
Model: 1968 Hagstrom.
Guitar Name: Mr. Sparkles.
How'd your guitar get its name? “This is the third incarnation. The original looked completely different. It was natural wood in the '70s, because the '70s are very natural. We had to do a Halloween gig at Poor David's Pub. We went as an '80s glam band, and so I sparkled it at that point. It actually plays better with the sparkles on. It's about two pounds of sparkle!”

Name: Carolyn Parker.
Model: Cigar box guitar.
Guitar Name: Whiskey Tar.
How'd you get this guitar? “I bought it for a birthday present for him. It's only got the top four [strings]; it's missing the E and the A. So you can still play, sort of, like a guitar. I still play it like it.”

Name: Terry Montgomery.
Model: 1966 Harmony H-22.
Guitar Name: Daphne.
How'd you get this guitar? “I bought this at the Arlington Guitar show for $200 back in '97. Then, in 2007 it got stolen from me and it was gone for a few years. Then a friend of mine found it on Craigslist and bought it back. This is my baby, this is my basic choice. I can get it to sound more like a stand up bass. It's the kind of music I play — old-school blues.”

Name: Lane Adamson.
Guitar Name: “The Abby, like from Criminal Minds. Look, she even has red lipstick!” *[points to red knob, stops talking and starts rocking out.]

Name: Dave Johnsen.
Guitar Name: Gut Bucket.
How'd you get this guitar? “My college roommate made this. I play bass better than him, so I wound up with it. I brought this with me to Dallas in 1979.”

Name: Guyton Sanders.
Model: Hondo.
Tell me about your guitar. “It's a Japanese company; they only made so many of these. It's a very rare model. As a matter of fact, it doesn't even belong to me — it belongs to the store I work for, Zoo Music. I just felt it appropriate to bring it to the rally.”

Name: Johnny Finn.
Model: Ibanez.
Guitar Name: Prudence.
How'd you get this guitar? “My parents got it for me for my 18th birthday.”

Name: Jack Lavander.
Model: Dobro Resonator Guitar.
Tell me about your guitar. “It's a flat neck. You can play with a single finger. It's made by a local manufacturer.”

Name: David West.
Model: Gibson SG Deluxe.
Guitar Name: The Howler.
How'd your guitar get its name? “The name comes from a King Crimson song. I got her at a pawnshop for $180 to replace one that got stolen from me. Someone walked into the home I was living in in Denton, and walked off with another guitar I had. But I look at it as a plus; this a much better instrument than the one that I lost. I got it for an incredible price; these are incredibly rare. In fact, in person, this is the only one I've seen. They weren't very popular when they came out. The pick guard looked cheap.” 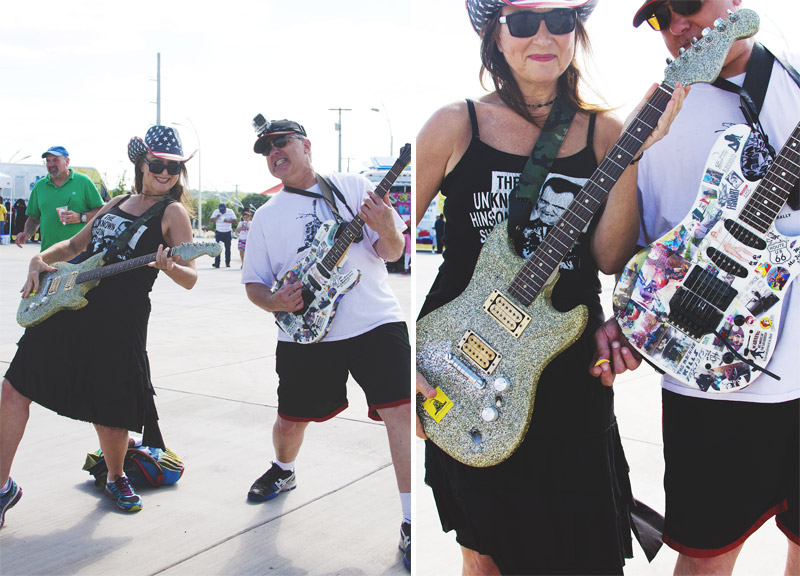 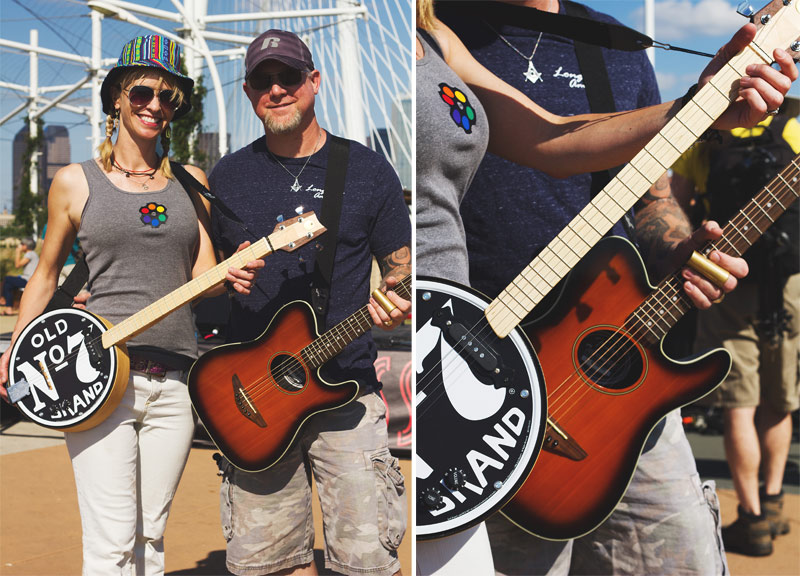 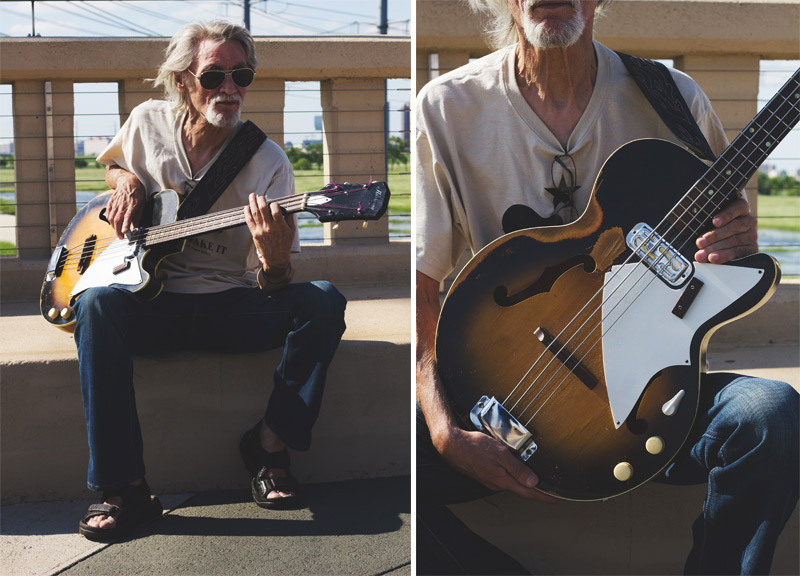 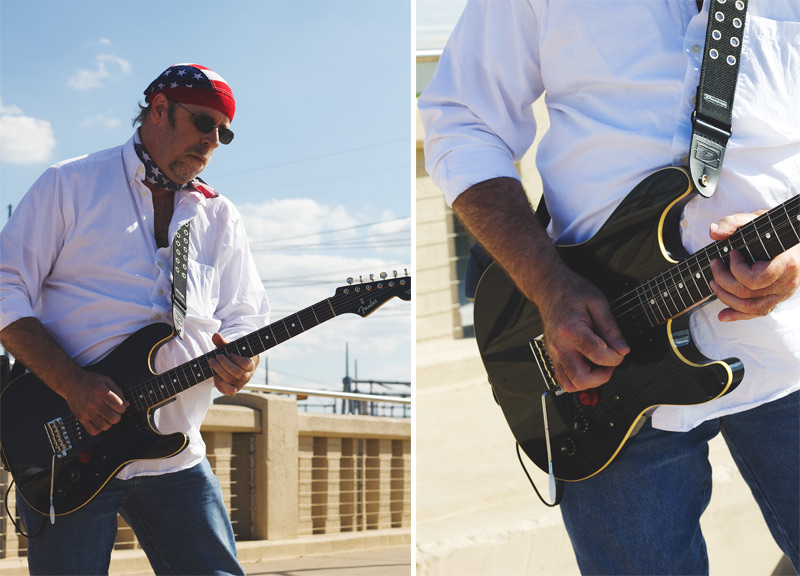 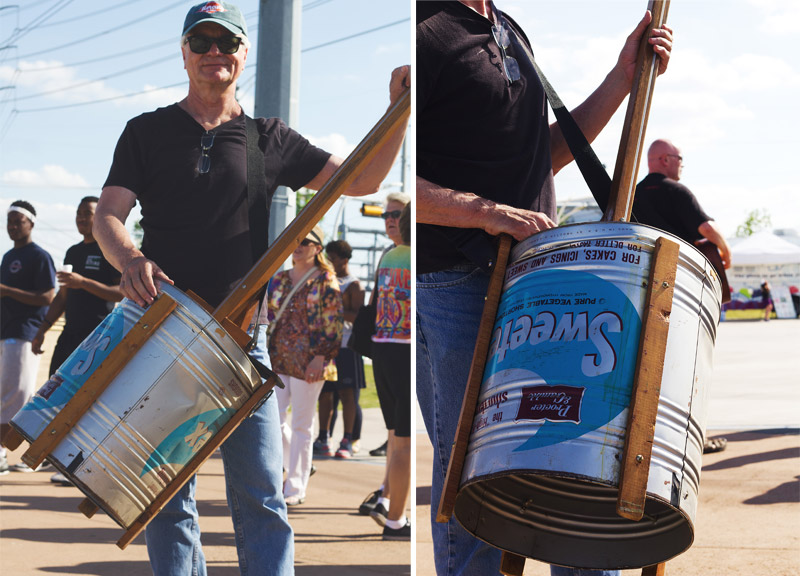 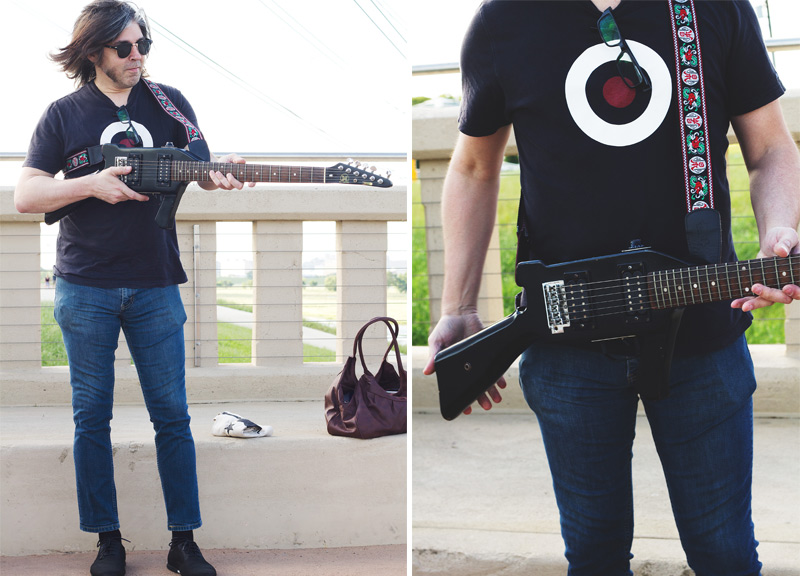 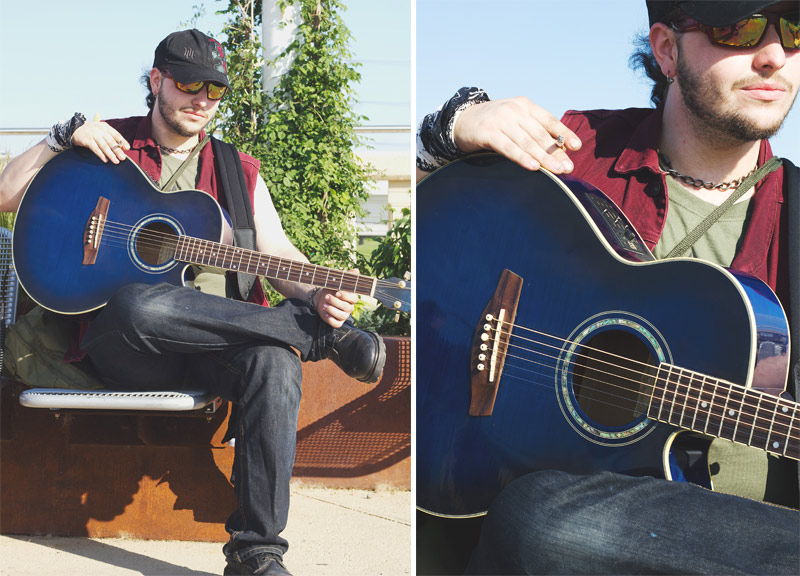 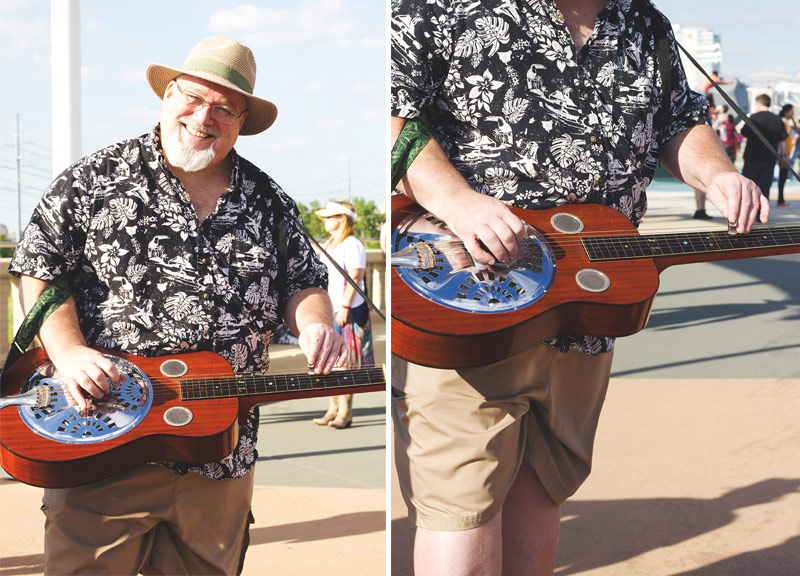 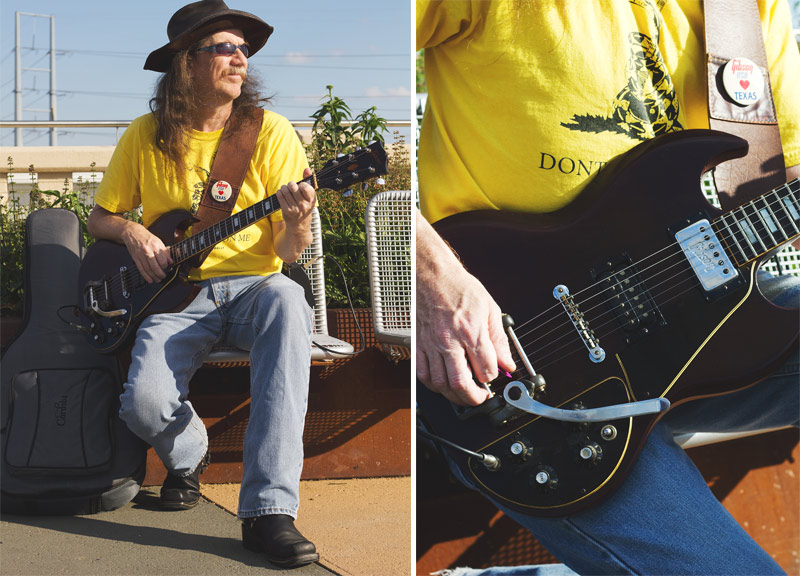