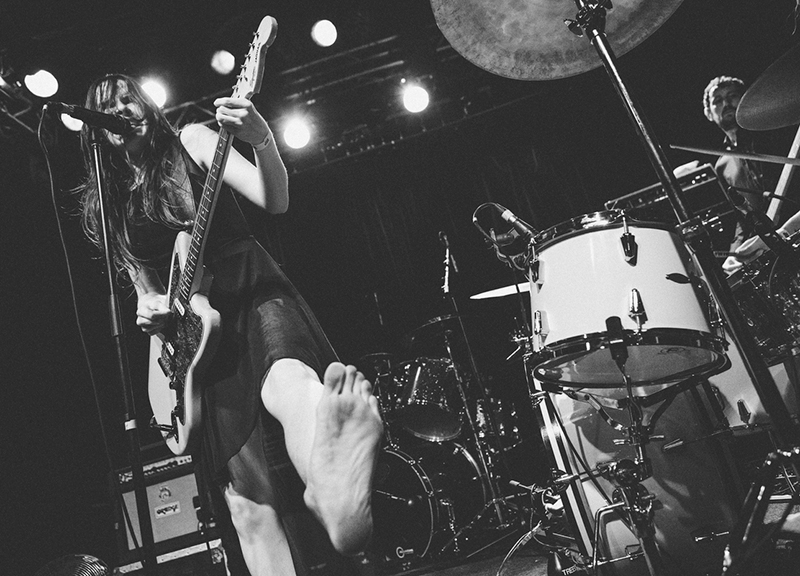 On paper, Le Butcherettes touring as the Melvins’ support doesn’t really make much sense. The former is a garage punk band from Guadalajara known for its theatrical displays. The latter hails from the Pacific Northwest and stands as one of sludge metal’s seminal progenitors, in addition to arguably being the forefather to the grunge movement. If there’s a bridge to be made between the two, it’s the fact that both rely heavily on bass and not just a little distortion. But that’s it, really.

So it’s a good thing this show didn’t play out on paper, then.

Because in reality — during the tour’s stop in Dallas at Trees last night, at least — the pairing proved to be something of a masterstroke, with Le Butcherettes’ happy-go-lucky, esoteric display lifting the spirits of the room in advance of the Melvins’ expected auditory onslaught, and thusly rounding out the show’s potentially sharp edges and reminding everyone in attendance that perhaps none of this was to be taken too seriously.

(Other reminders of this fact? The Melvins’ humorous-as-ever merchandise offerings, which in addition the the usual original poster for this particular show also included original comic book-style offerings from on-hand Melvins artist Brian Walsby, whose pieces included various depictions of King Buzzo as well as a number of especially funny pieces mocking Dave Grohl’s current status as the de facto spokesman for all things rock and roll. Among these? Pieces that depicted Grohl on the cover of his own magazine called Grohling Stone and others that suggested that the Rock and Roll Hall of Fame change its name to the Rock and Grohl Hall of Fame.)

As a whole, it was pretty great.

And from the jump, really. Despite fairly recent stops at this very same venue — once this past August with Le Butcherettes in support of Omar Rodríguez-Lopez and Cedric Bixler-Zavala’s new Antemasque outfit and another last May while fronting Rodriguez-Lopez collaborative effort Bosnian Rainbows — Le Butcherettes frontwoman Teri Gender Bender essentially found herself again introducing herself to the Dallas market. And, for the third straight time, the Colorado-born performer took that mantle and ran circles around everyone in the room with it. Hers was an almost impossibly compelling showcase: Barefoot, she thrashed around Trees’ stage — and, eventually, the venue floor too. With her face constantly contorting into various quite-ridiculous expressions, she somersaulted here, tiptoed there, engaged in the splits throughout and, at one point, lifted up her pants and thrust her hand into her underwear for a little on-stage masturbation session (really). And all the while throughout this acrobatic effort, she managed to keep one hand on her microphone — or, if not there, on her frequently used keyboard or sometimes-employed guitar. In other words: For all of her antics, her actual musical performance never really suffered; rather, they simply bolstered her trio’s tight, cabaret-tinged garage set. And as a whole, their collective efforts fully engaged the audience, too: Though standoffish at first, the entire room was literally screaming for more during each song break as the band approached its set’s end. They’d get it, too. Gender Bender, born Teresa Suárez, kept the set’s energy levels high the whole dame time.

After that offering, it was fair to question whether the Melvins, for all of their acclaim and impressive live show histories, could match those efforts.

Of course, it didn’t take long for King Buzzo, drummer Dale Crover and current bassist Jeff Pinkus (also of the Butthole Surfers) to squash any doubt. Taking full advantage of Trees’ recently upgraded sound system, the band performed a crushingly loud 80-minute set that not only could be heard clearly across Elm Street outside of Fuzzy’s Tacos, but also bled into Three Links’ own competing offering next door to that taco shop. Alternating between the fast and the delightfully deliberate, theirs was an ear-shattering, chest-thumping set — one that was in no hurry to get anywhere, necessarily, and 31 years into this band’s career, didn’t need to be. The crowd knew heading into this show what to expect, and was ultimately appreciative of the band’s offering up of just that. The music was loud, the riffs sludged and the full-body listening sessions fulfilling. The Melvins’ game is one of endurance — both as a band and as a show — and one that rewards its listeners for giving into it. The crowd, knowing this, followed suit in its reception of the music.

Only once was there a misstep in this regard: At the end of the Melvins’ set, during “Fascist Eat Donuts,” an overzealous audience member hopped onto stage for a prime photo opp. But Buzzo, having none of it, stared the fan down, cross the stage away from him and, as he presumably would have done prior to this final song’s end, left the stage with that poor fan never getting what he sought.

It was a weird note for an otherwise triumphant night to end on — and fortunately, it wasn’t the last. After the fan dismounted from the stage, Pinkus and Crover continued the song’s shoutalong portions through its completion, with Pinkus eventually leaving the stage too and leaving Crover up there by himself, eventually out in front of his kit, shouting “Make those donuts with extra grease! This batch is for the chief of police!” to his crowd.

The crowd shouted back appropriately. And when Crover too left the stage, the audience roared its approval.

But there would be no encore on this night. No worries; there was no need for there to be one.

Everything that had come prior was strong enough to stand on its own accord, to be sure. 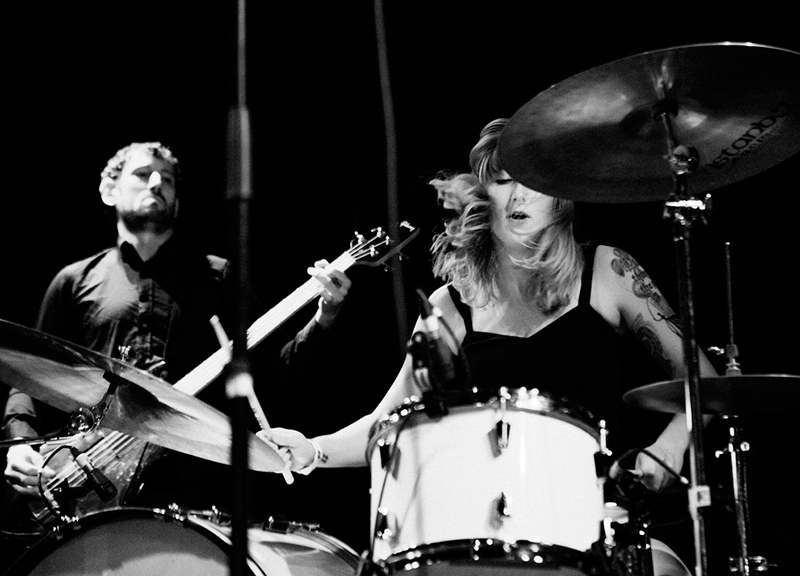 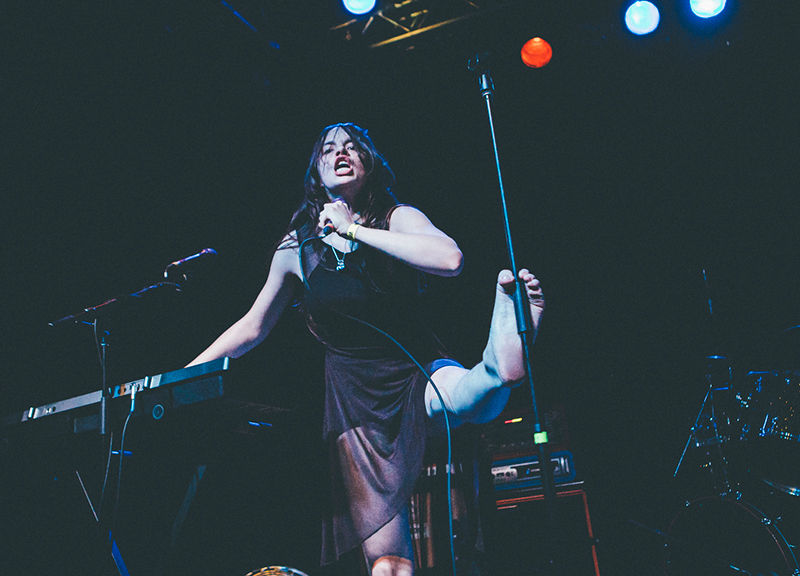 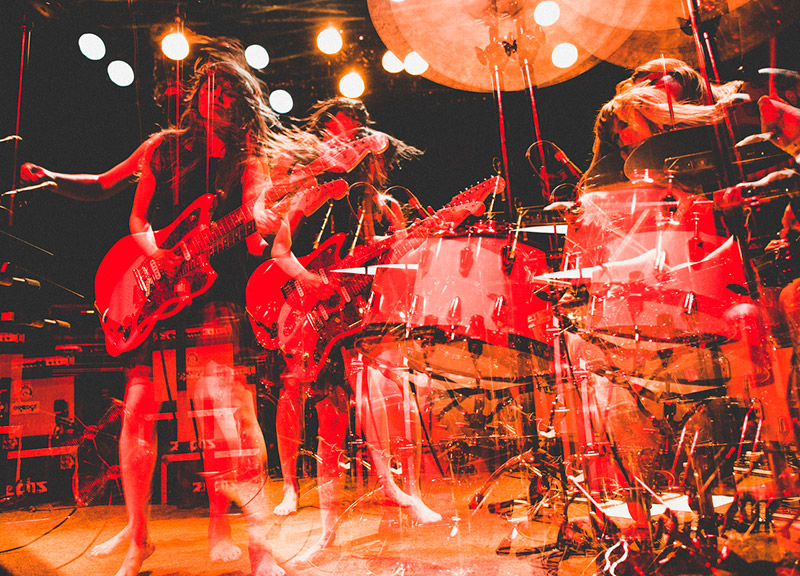 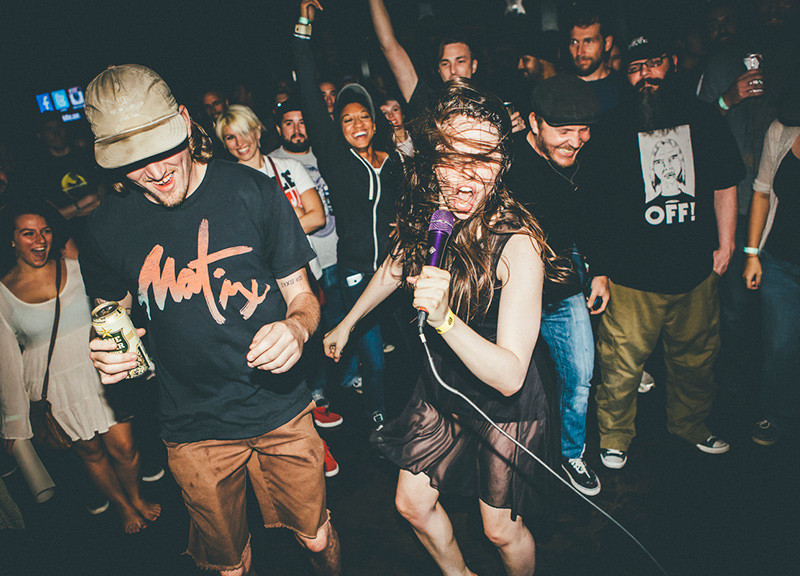 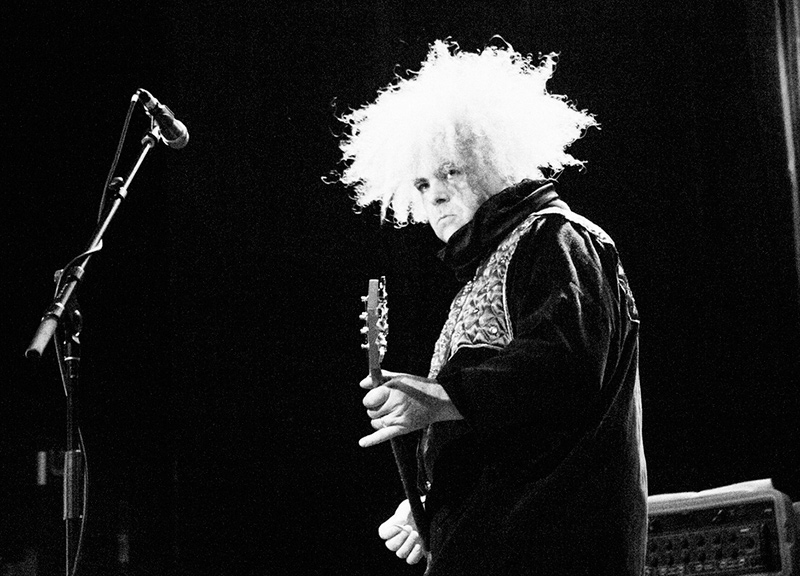 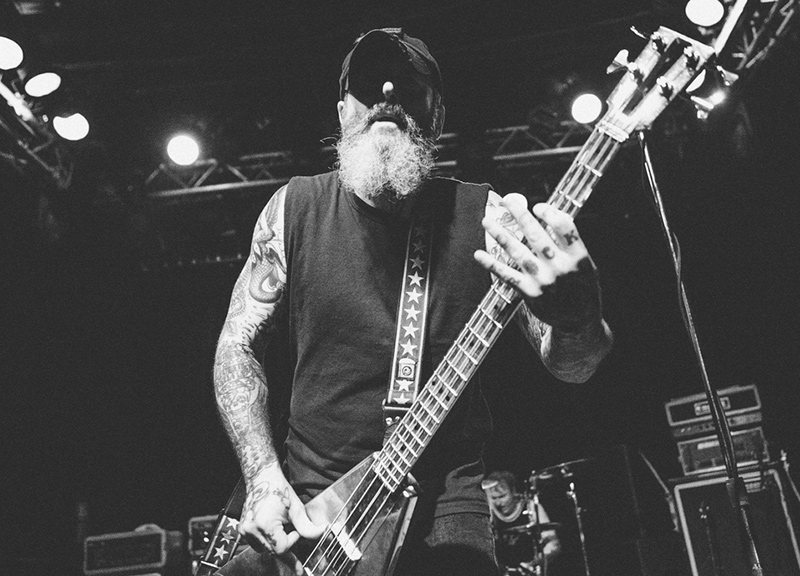 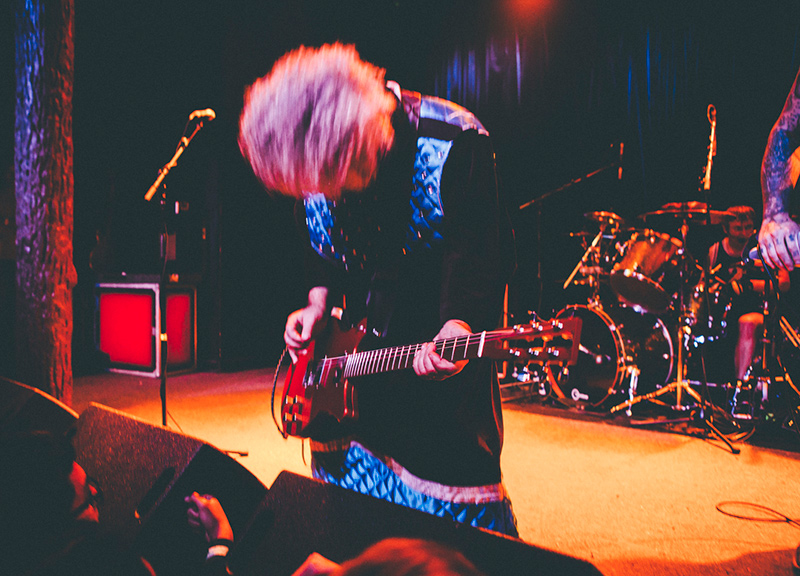 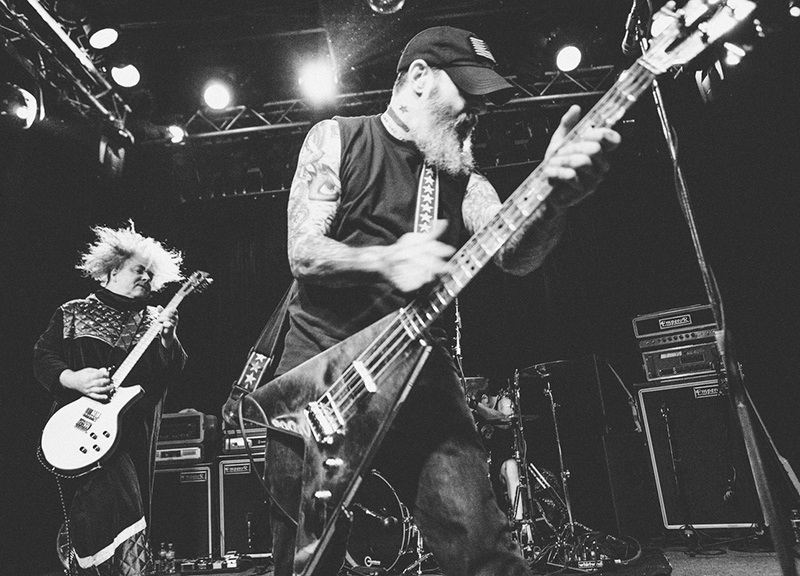 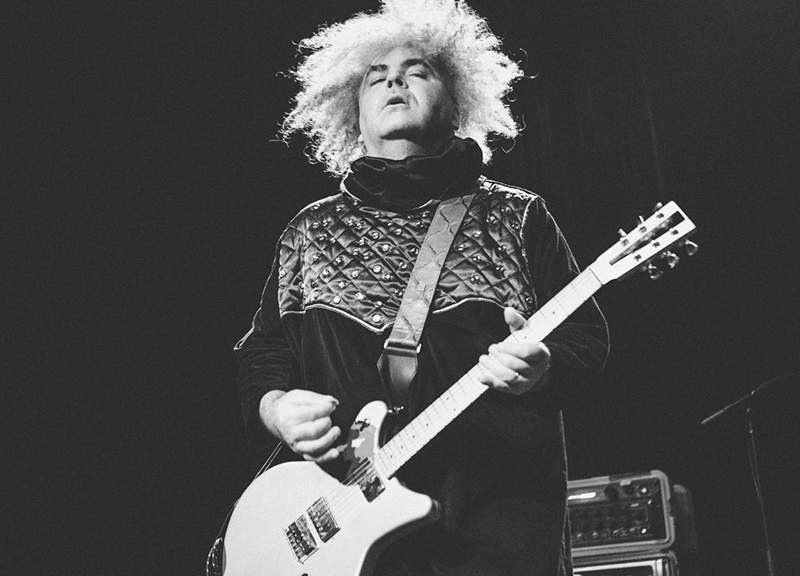 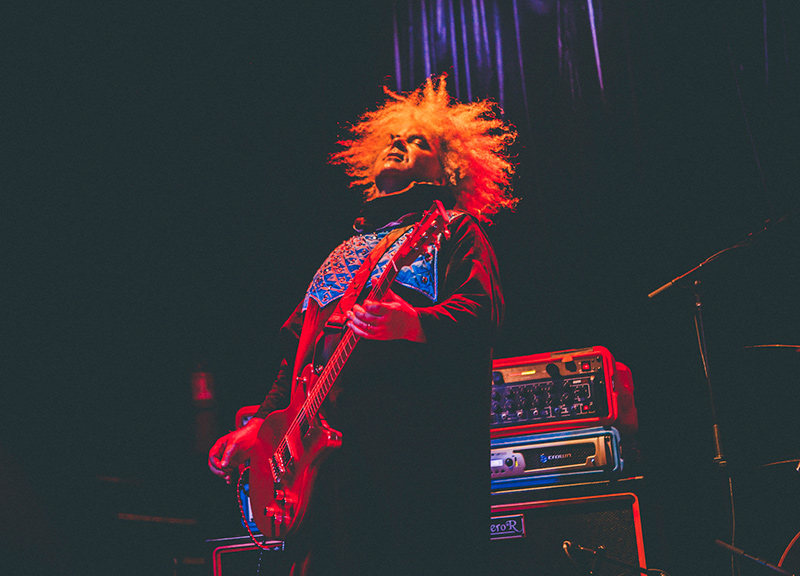 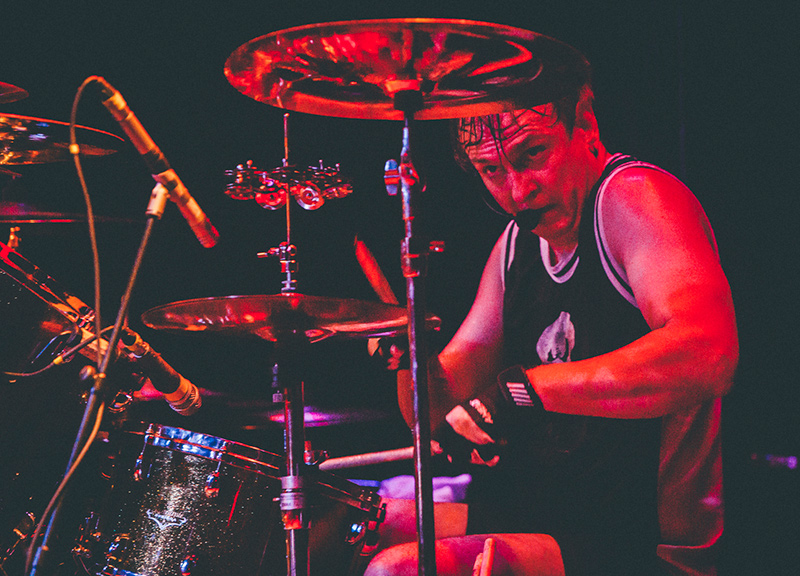 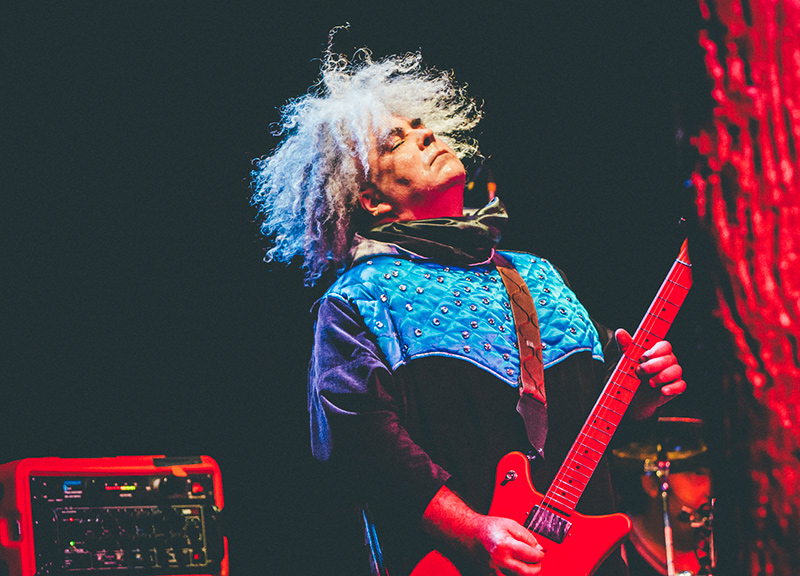 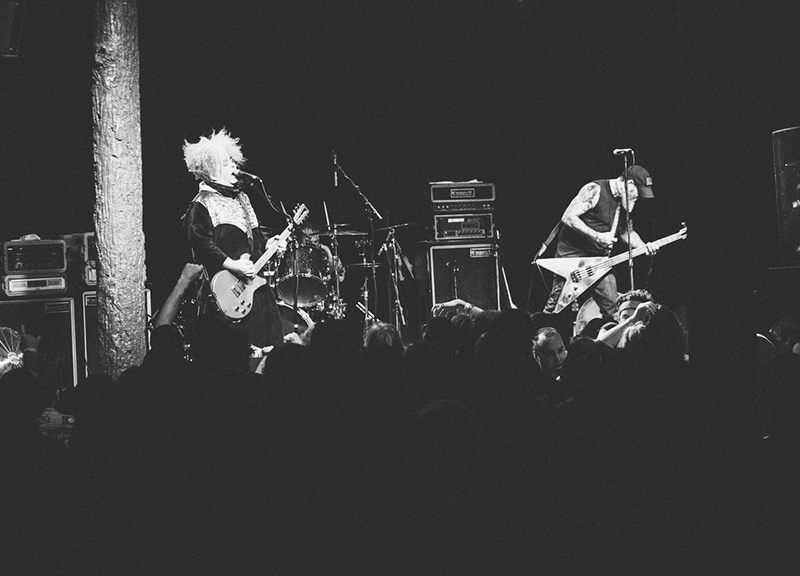 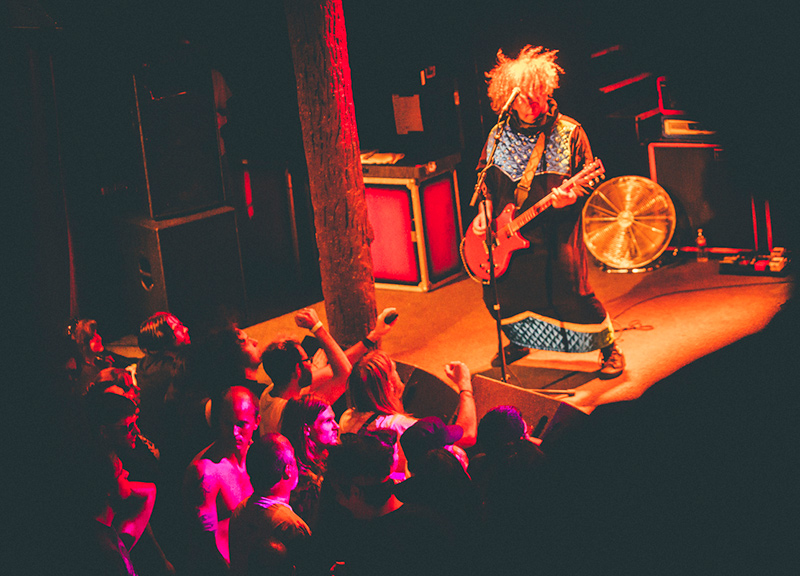 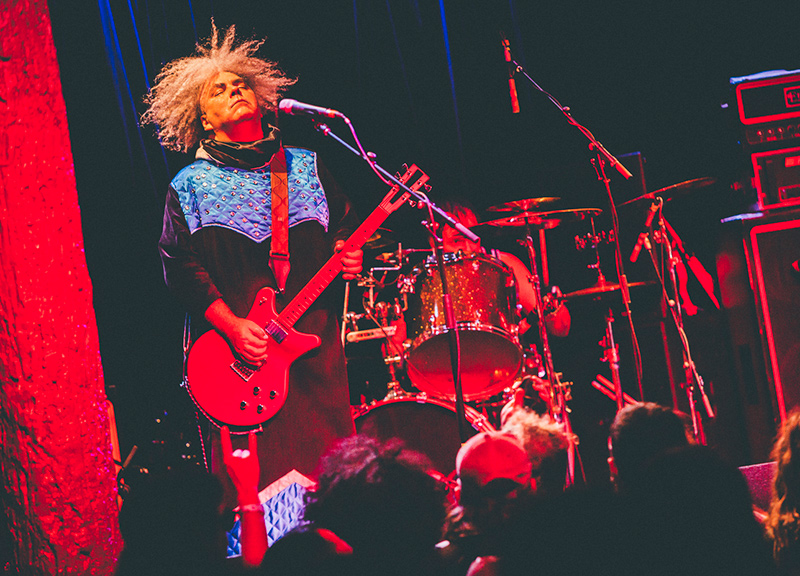 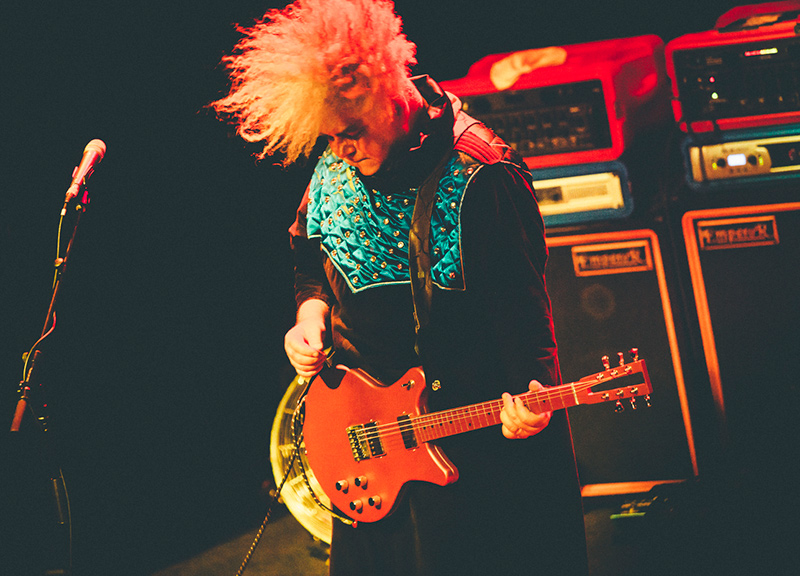 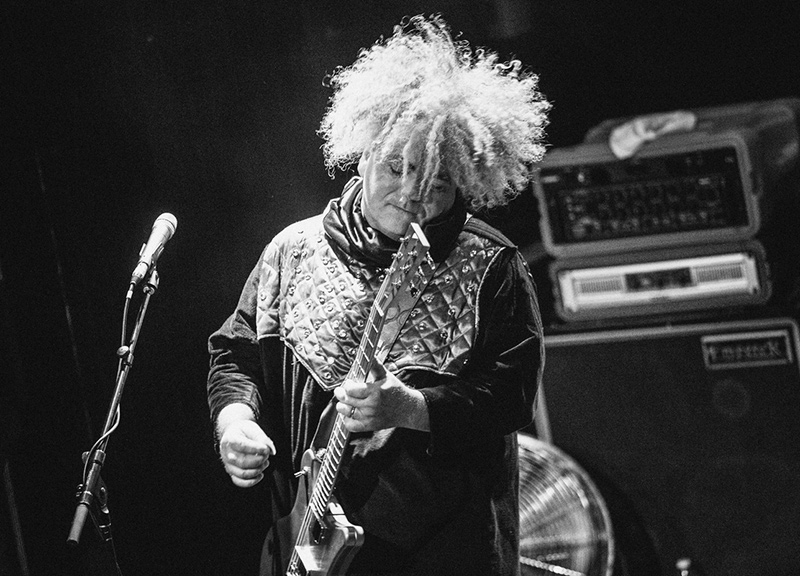 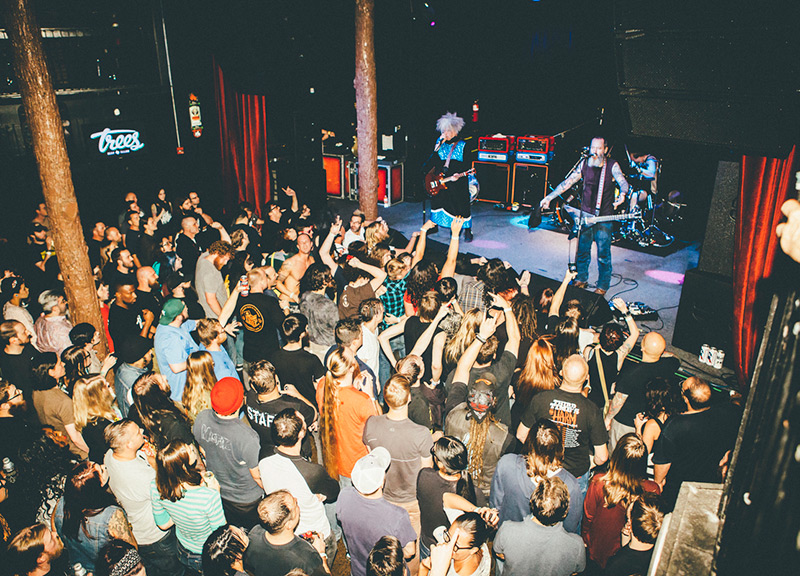