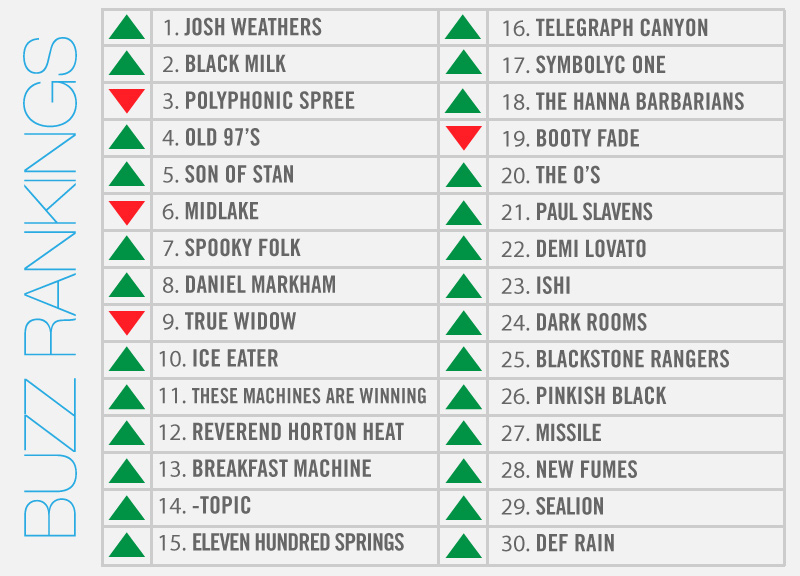 It's hard to argue with YouTube's power to make and/or break stars these days. Given his massive superstardom, it's sometimes easy these days to forget that a prepubescent Justin Bieber was introduced to Usher by a talent scout who had happened upon one of the videos the singer had posted on that site.

So it is no small thing that, earlier this week, Fort Worth's Josh Weathers found himself in the beginning stages of becoming a full-on viral sensation. The video in question, a two-year-old clip of Weathers performing a cover of Whitney Houston's “I Will Always Love You” at Kessler Theater, may have been uploaded to the site many months ago, but it wasn't until earlier this week that it found its way to sites like Reddit, The Chive and The Huffington Post, among others.

Unlike Bieber, however, the levelheaded Weathers seems much more interested in using his newfound attention to help those in need instead of amassing a hoard of super fans or riches.

Like first-time Buzz champ Josh Weathers, Black Milk's No. 2 finish also represents the rapper's highest ever finish in the Buzz Rankings. Earlier this week, the recent Dallas import released the first single from his upcoming No Poison/No Paradise LP to much critical acclaim from influential sites such as Pitchfork.

Meanwhile, five-time Buzz champs The Polyphonic Spree locked down the No. 3 slot with an album release show the Dallas Observer's DC9 at Night blog called the band's “best Dallas show ever.” That's quite the compliment for an outfit that's performed more than its fair share of local shows in the past decade-plus to be sure.

Further down the list, all three local openers at tonight's Red Bull Sound Select show at Three Links (read: These Machines Are Winning, Ice Eater, and Son of Stan) did rather well in this week's Rankings, too.

Then there's Reverend Horton Heat, whose inclusion in this week's rankings is partially based the recent announcement of the bands scheduled to perform as part the Elm Street Tattoo Convention, which, you may recall, Jim Heath and Co. are co-sponsoring. But that wasn't all the press the band received this week: The Rev and his “gimmicks” were also mentioned in a Spin magazine article called, “The Worst Moments of the '90s.” Also appearing in that list were North Texas stalwarts Bowling For Soup, who the magazine purported to boast the worst band name of the decade (see also: Butt Trumpet, Bongzilla, Alien Ant Farm).