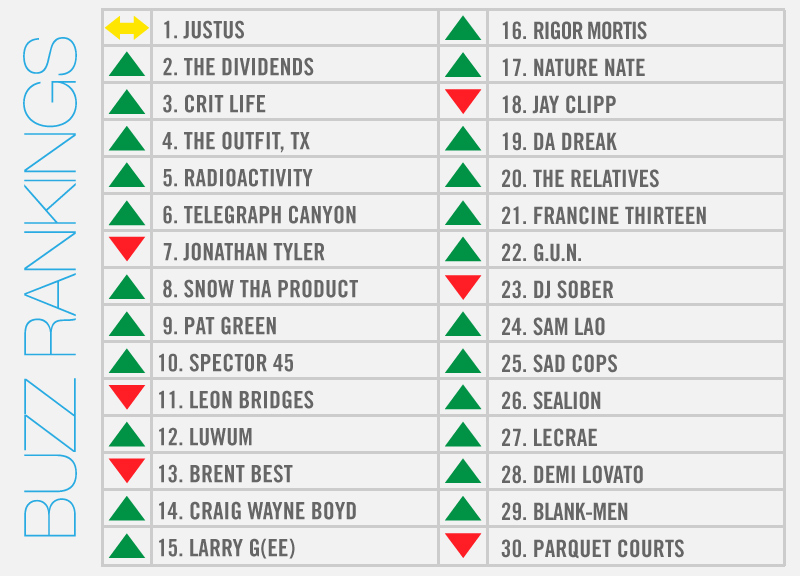 Tomorrow, the much-hyped Straight Outta Compton comes to a theater near you. In case you haven't put two and two together, that's the reason you've been seeing all the tiresome “Straight Outta Fill-in-the-Blank” images on your social feeds. Also? It's the reason that the Garland-raised Justus tops our weekly, local music power rankings for the second straight week.

In case you've forgotten, he was a big player on the film's accompanying album release, also known as Dr. Dre's first LP in 17 years. This marks his third visit to the top of our rankings

In the No. 2 hole this week is another act that's spent some time in the studio with The Good Doctor: The Dividends, which recently released another single from its own long-awaited debut. Lower down the list, area rap producer Da Dreak also gets some shine thanks to his own collaborative efforts with Dre.

Radioactivity, meanwhile, played a release show for its sophomore LP last weekend, and Telegraph Canyon will headline Granada Theater this weekend to celebrate the release of its own new LP.

Speaking of big shows: Crit Life, G.U.N., and a handful of others comprised one of last weekend's better live shows. This weekend, on the other hand, Snow tha Product will look to earn that designation with her headlining slot at Trees. Then there's Craig Wayne Boyd and Lecrae, who were announced as some of this year's State Fair performers.

Elsewhere: Members of Rigor Mortis dealt with heart troubles; members of Spector 45 will reunite at Three Links; and The Outfit, TX were announced as performers at the upcoming 10-year anniversary party for the influential, Los Angeles-based rap site Passion of the Weiss. 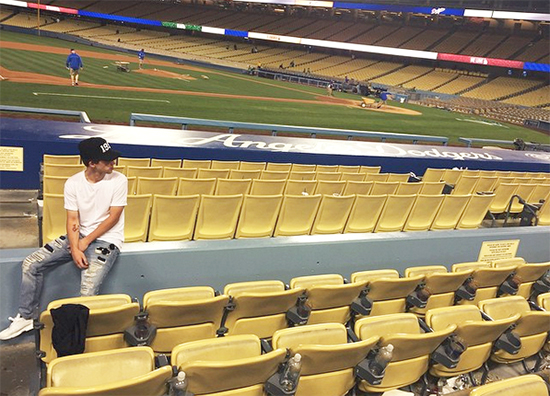