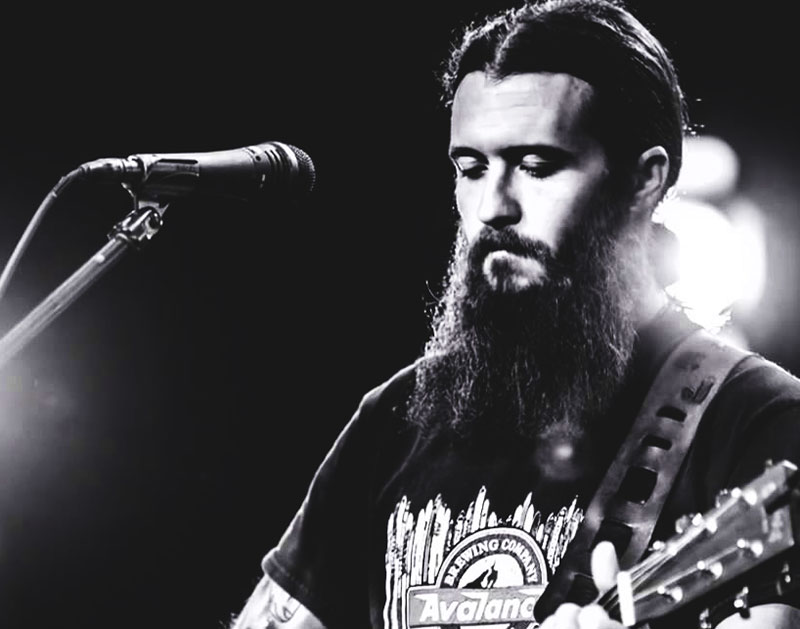 This Week, Cody Jinks Was The Devil We Knew.

For the past couple of years, North Texas lifer Cody Jinks has been earning more and more acclaim for his throwback brand of outlaw country — a far cry from the thrash metal he first performed on area stages with his old band Unchecked Aggression in the late ’90s.

His rise has been a genuinely exciting thing to watch, too, as he’s transformed from Adair’s regular to Rolling Stone darling, thanks in large part to the adoring critical reception he’s earned for his 2016 I’m Not The Devil LP.

Of course, it’s not just the press that’s taken a shine to Jinks. Even country music’s biggest legends are on board with him now. That much was clear last Friday night as Jinks headlined the Verizon Theatre in Grand Prairie on a bill where the iconic Kris Kristofferson opened for him.

That’s just not the kind of thing that happens every day around these parts, and for that reason, Jinks tops our weekly local music power rankings for the very first time this week — a distinction that’s been a long time coming for him, no doubt.

Immediately following Jinks on this week’s rankings is a group that also gave crowds something they’ve been hoping might happen for a while now: On Friday night at Club Dada, as part of a show hosted by Bobby Sessions and featuring a number of other acts that make an appearance in this week’s rankings (Sam Lao, T.Y.E, Rikki Blu and Sessions himself), adored Dallas rap duo A.Dd+ reunited for a brief live performance. Is it a sign that more is to come from the twosome? No word there yet.

Rounding out the top five, The Vandoliers finish in third this week thanks to a glowing D Magazine profile, Post Malone takes fourth place because of his inclusion in this cool New York Times feature, and DJ Sober finished fifth thanks to his involvement as the house DJ at the annual Gorilla Vs. Bear showcase going down on Saturday night at the Bomb Factory.

Lower down on the rankings, the Toadies announced the bill for their own annual namesake fest (one that includes fellow buzzers Oil Boom, The O’s, Baboon and Ting Tang Tina), Mystery Skulls dropped a new album and Alex Harris sold out the Double Wide for his own album release show and Dorrough, Go Yayo, Flexinfab, DSR and Lil ROnny MF were among the locals announced as performing at this year’s version of 97.9 The Beat’s annual Dub Show. 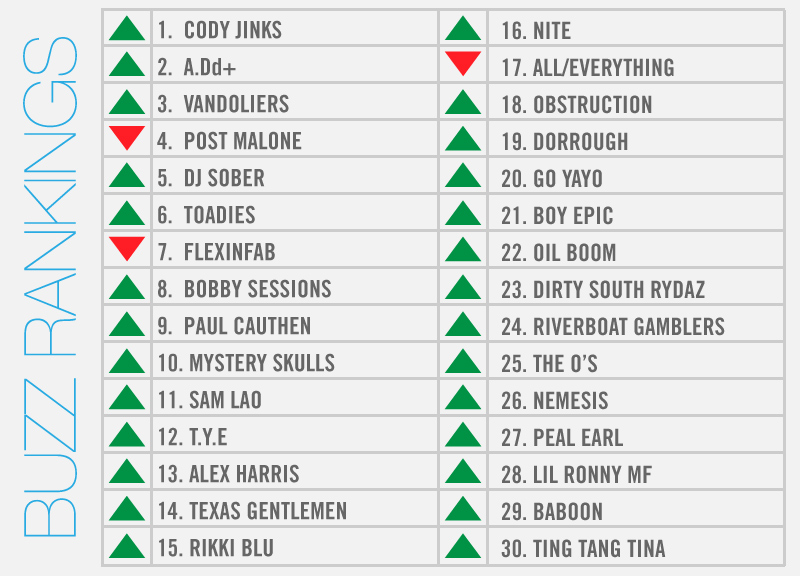