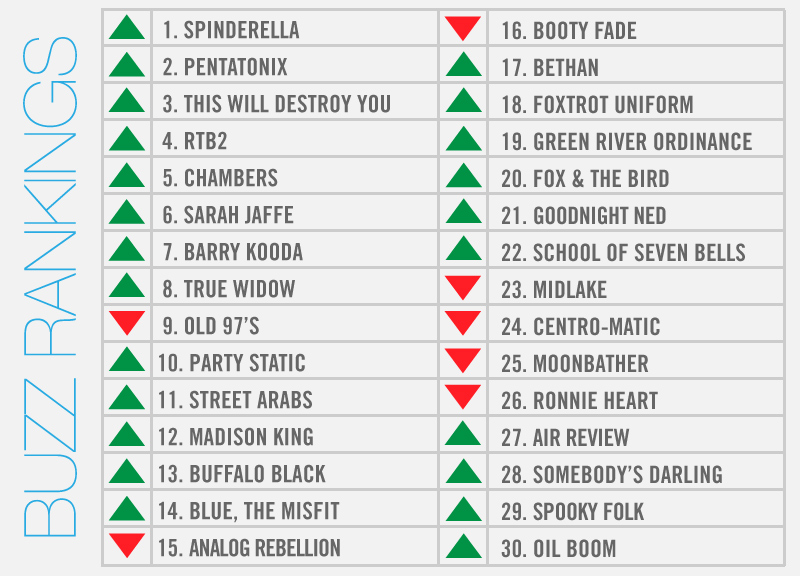 What A Mighty, Mighty Good Week DJ Spinderella Had.

Since moving to Dallas a few years back, Spinderella has become an active member of Dallas' local DJ scene, holding a monthly Fresh 45s residency at Crown and Harp, getting involved with Girls Rock Dallas and, for a time, even DJing at the community-owned KNON.

More recently, she's even reunited with Salt-N-Pepa, the '90s hip-hop outfit that helped her become one of the most well-known DJs of all time.

That news was enough to help the Dallas transplant land a coveted spot as one of the cover models for the Dallas Observer's annual “People” issue — not to mention the top spot in our heralded weekly local music power rankings for her very first time.

Not bad, not bad.

Other locals called out in the prestigious “People” issue include RTB2's Ryan Thomas Becker and Bethan's Becki Howard.

Elsewhere, several other locals were getting lots of attention from other media outlets this week, too. School of Seven Bells received national attention far and wide when it released the final song Ben Curtis recorded from his hospital bed before his passing last year. Similarly, Green River Ordinance and This Will Destroy You earned attention for new releases of their own. And a whole bunch of others on this week's list were called out for releasing some of the best albums this year so far — by us, granted, but still.

Then there's local guitarist Barry Kooda's Open Carry send-up, which has started earning some attention from outside of the area.

Oh, and then there's Pentatonix, the Arlington-based vocal group, which has reportedly been cast in the sequel to the massive Hollywood a capella smash, Pitch Perfect. They're going to meet Anna Kendrick!