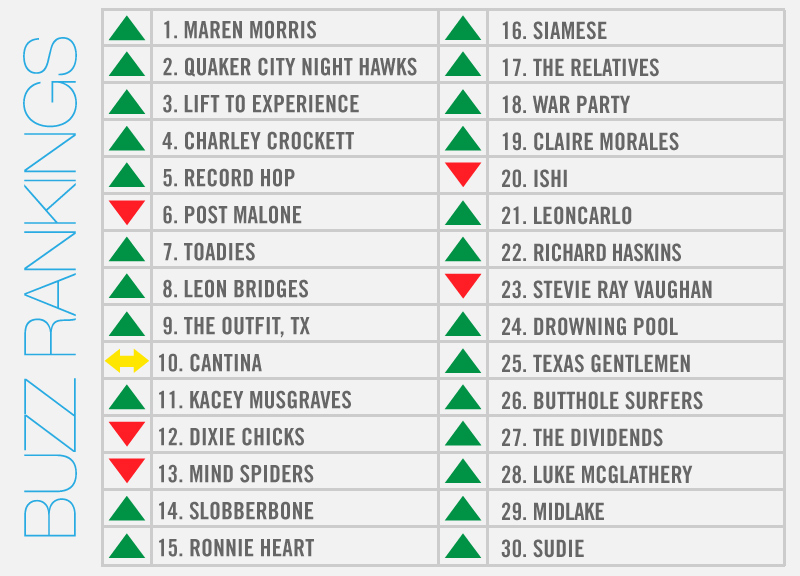 After making her Opry debut last week, local expat Maren Morris continued racking up the good press ahead of the release of her major label debut album tomorrow. What kind of press, you ask? Well, the New York Times called her Hero LP “the canniest country record in recent memory,” and Rolling Stone called her “country's breakout star.”

Pretty high praise! Enough to earn Morris her third No. 1 in our weekly, local music power rankings, for sure.

Other list-makers earned their spots this week thanks in part to their own album releases and/or release shows this weekend, including Charley Crockett, Leoncarlo, Daniel Markham and Quaker City Night Hawks, which will do two release shows for its third LP at Lola's.

Morris also drew several comparisons to similarly buzz-y Kacey Musgraves due to her inclination towards making smart country and dropping four-letter words. Musgraves, meanwhile, announced this week not only a Christmas album is in the works, but that she'll be doing a free show at the State Fair of Texas this fall, which delighted several outlets around town.

The other big story of the week is Lift to Experience's pair of reunion shows, the second of which will be the last-ever set performed at the soon-to-be-shuttered Rubber Gloves. Tons of other buzzy bands are playing the venue's three-day last hurrah, including Slobberbone and Record Hop. 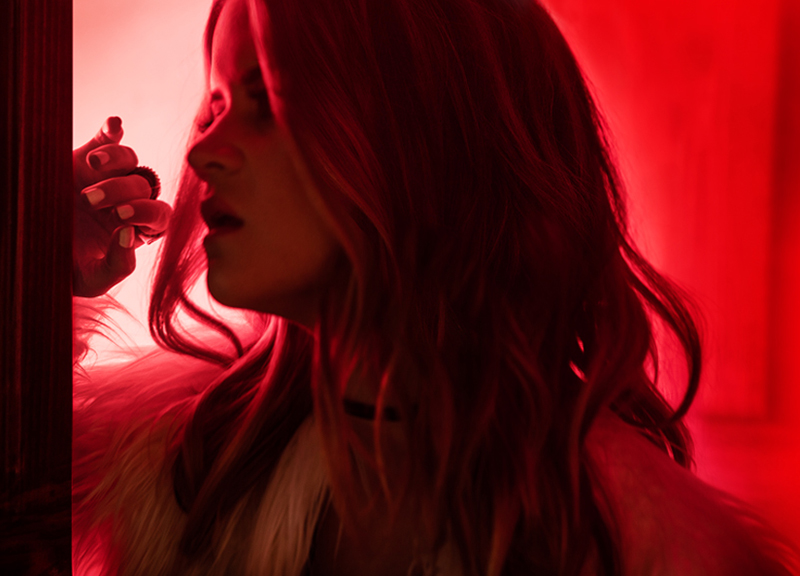