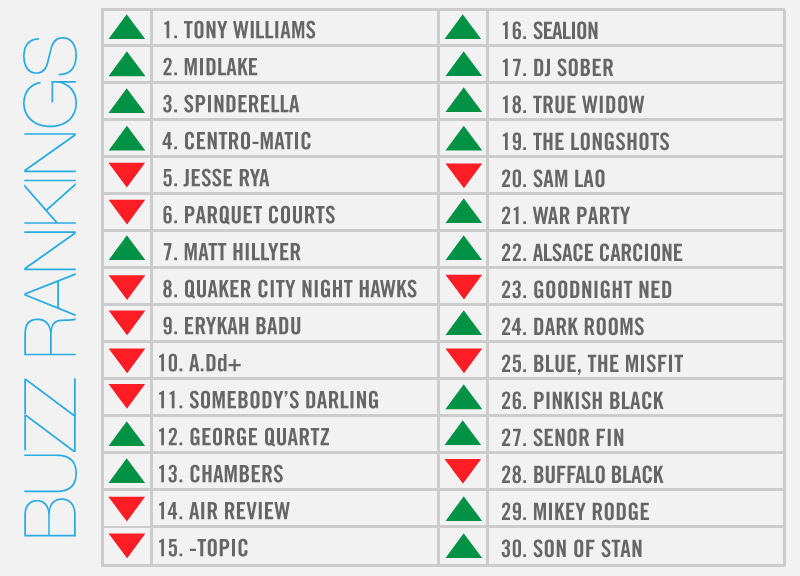 This Week, Tony Williams Was The Life Of The Party.

How sick are you of hearing about Kimye's wedding? We're guessing you're probably almost as over it as Kim's little brother Rob, who got pissed off and peaced out before the ceremony even took place.

Ugh. I mean, seriously: How do we even know that?

Well, because the gossip surrounding that ish was literally everywhere we turned this week.

Unlike baby bro Rob, though, Fort Worth crooner — and Kanye West's cousin — did stick around for that overexposed affair. And judging from his social media feed, what a time he had at that thing.

Check the link above to see Instagrams of Williams mixing and mingling it up all photobooth_style with Kim and Kanye, Jaden Smith, Rick Rubin, Mos Def, Fonzworth Bentley, Common, Khloe Kardashian and Big Sean, among others. Needless to say, he probably enjoyed the thing more than you did — especially considering how all that face time helped him earn his first-ever trip atop our weekly local music power rankings.

Not far behind Williams this week was Midlake, an act that not only jokingly expressed its distaste for fellow Denton act Chambers this week, but helped spawn several thousand words from national and local writers on the supposed existence of “blog rock.”

Meanwhile, a whole heap of others earned their spots on this week's rankings thanks to recent and/or upcoming albums. Perhaps chief among them was Parquet Courts and Centro-matic, which each offered up new streams this week. Matt Hillyer also released a new one of his own this week, and Goodnight Ned announced that its next effort is due out in July.

Elsewhere: DJ Spinderella reunited with Salt-N-Pepa; Erykah Badu will participate in Dave Chappelle's next Block Party; and A.Dd+, B. Anderson, Dustin Cavazos and Sam Lao performed at the first-ever Radfest.