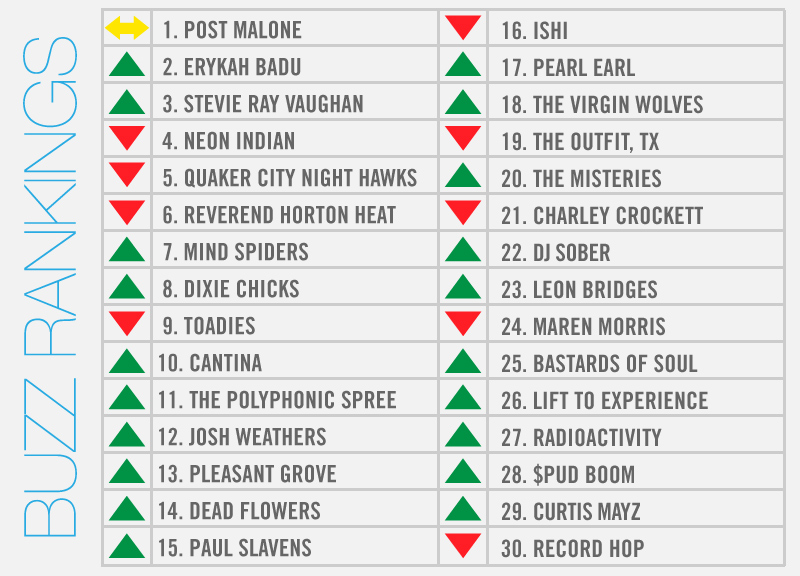 Here's something mildly interesting for you. As of this week, Post Malone has topped our weekly, local music power rankings six times. That's not the interesting part, though. This is: He's now gone back-to-back for the third time. He first did it at the end of May 2015, and then again in April of this year. And, now this week, he's done it by following up last week's mixtape release with a long-ass feature in Complex chronicling his rise “from SoundCloud to stadiums.” (He also pops up in FKi 1st's new music video.)

Say what you will about Post, Dallas Mayor Erykah Badu and future statue subject Stevie Ray Vaughan, though. In reality, Quaker City Night Hawks outworked everyone in town this week while promoting its brand new album. The recent Lightning Rod signees DJ'd at Twilite, played in Victory Plaza, did in-stores at Doc's and Good Records and still has an official record release show coming at Lola's this month. Then, it's off to Nashville for a similarly dense promo schedule out that way.

Doing them one better — or, I guess nine better, really — was Paul Slavens, who released 10 albums via BandCamp. Pearl Earl, The Misteries, Tony Ferraro, Cantina, Jayson Lyric, Bruce Parker, Pale Dian and They Say The Wind Made Them Crazy also released new tunes this week. And Neon Indian, Young Ejecta and others joined forces for a Prince cover.

Elsewhere: The Dixie Chicks announced the most expensive tour of the summer; The Virgin Wolves reunited at Three Links, and Maren Morris made her Opry debut. 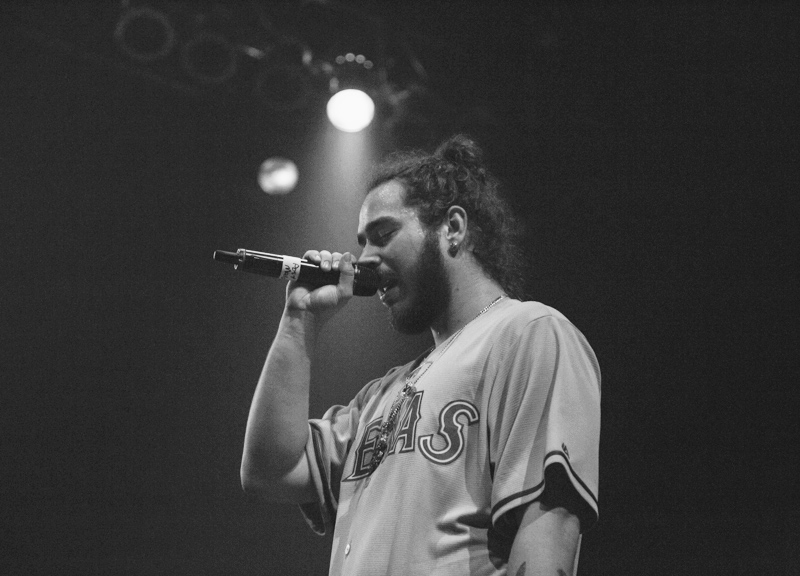