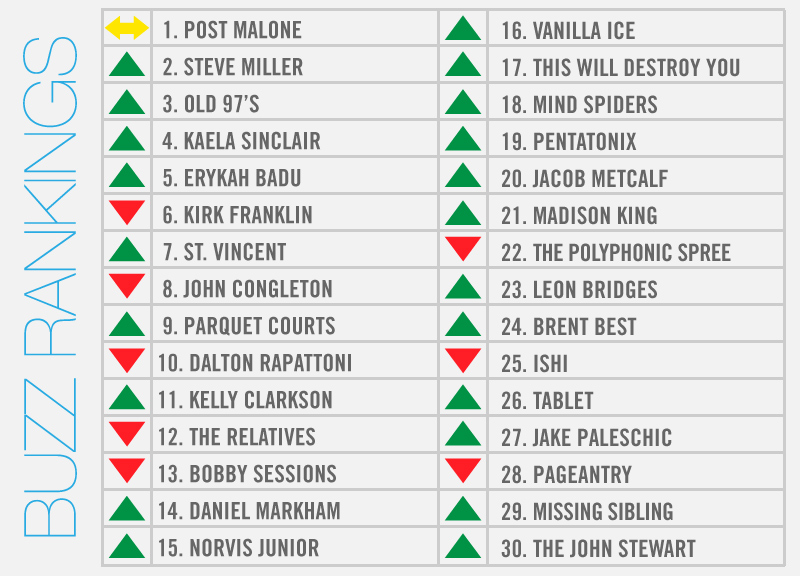 For the second week in a row, Post Malone tops our weekly, local music power rankings.

I mean, he is on an international tour with Justin Bieber, for chrissakes. But while last week's victory was earned largely thanks to the twosome's stop at the sold-out American Airlines Center this past Sunday, his repeat this week was earned off the stage.

As first reported by XXL, Yung Posty was snapped choking the Biebs at a Houston night club after the “Sorry” singer put out a cigarette on the local rapper's arm. The two then capitalized on the non-feud with some silly internet photos and tweets about how the two still-on-good-terms-BFFLZ just like to “roughhouse,” ya nerds.

Good terms or no, the two sure know how to fan the flames and keep people talking. And for that, Post earns his fourth trip to the top of our rankings.

Also keeping the newshounds fed was Steve Miller, who publically ripped the Rock and Roll Hall of Fame following his induction ceremony and in subsequent interviews. Then it was the Black Keys bros, who introduced Miller at that ceremony, that came out of the woodworks to bitch around and push the “Abracadabra” singer back to the upper echelon of this week's list. How does that reach out and grab ya?

The Old 97's, meanwhile, will launch a namesake festival in Downtown Dallas this weekend. Madison King and Brent Best will be there, too. Should be a nice little Saturday in the park.

Similarly huge was local girl done good Kaela Sinclair, who returned home a hero this past weekend, stealing the sold-out show at The Bomb Factory as M83's newest touring member. Like, basically everybody said so.

Elsewhere: Erykah Badu made a surprise performance at a New Jersey high school; St. Vincent signed on to direct a feminist horror movie; Tablet's reuniting; The Relatives released a new joint; and damn near everybody will be playing at one record store or another as part of this Saturday's national Record Store Day celebrations. 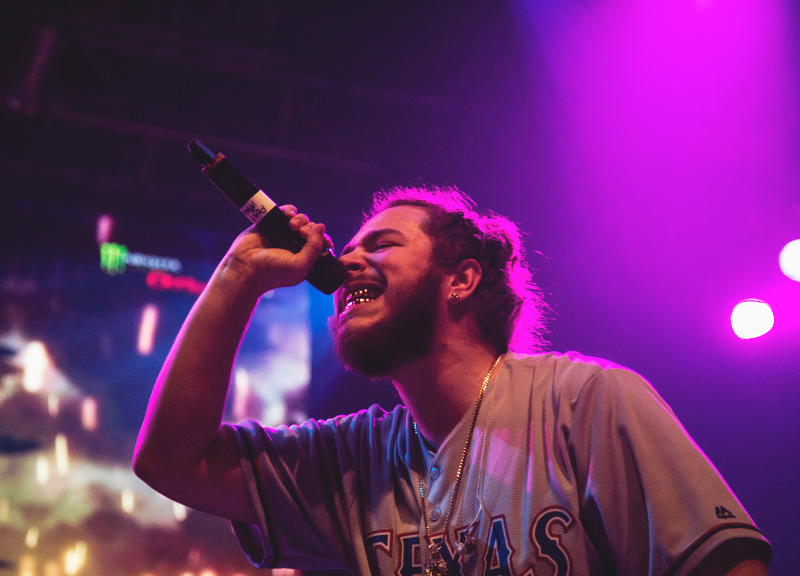