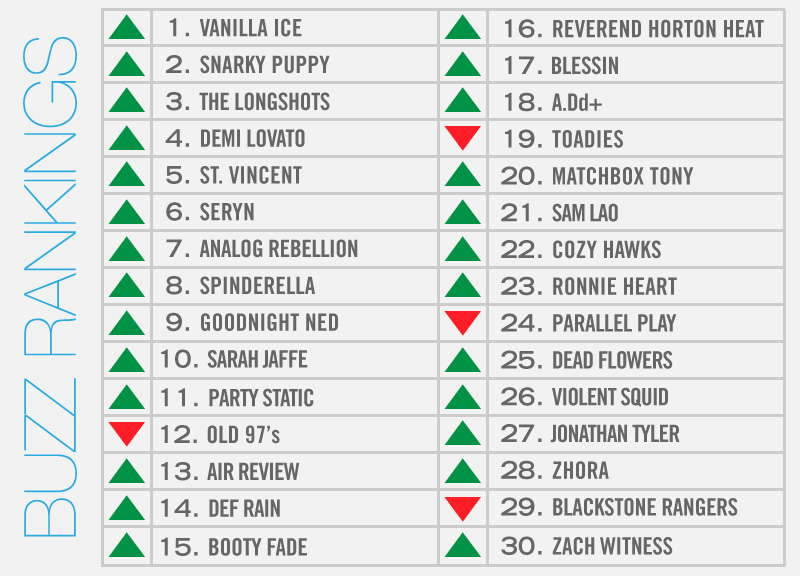 This Week, Ice Was Back With A Brand New Invention.

For over two decades now, Dallas native Rob Van Winkle has been riding the coattails of the Teenage Mutant Ninja Turtles to maintain some semblance of relevancy. Or is it the other way around?

All we know is that, even before local manchild Jared Guynes added the likes of Young MC, Tone-Loc, Rob Base, Shock G, Partners in Kryme and a few dozen other pseudo celebs to the Epic Party he'll be hosting this weekend, hundreds of Dallasites shelled out big money to attend the thing based solely on the fact that Vanilla Ice and the Turtles would once again be performing together at this event.

We're not really sure what to make of the whole thing. But, hey, kudos to Jared for making the childhood dreams of a few hundred Dallas thirtysomethings this weekend — and for racking up tons of press for himself in the process.

Jared wasn't the only one to make the V-Ice/Turtles connection either. Earlier this week, Kraft enlisted the “Ninja Rap” rapper to help promote its new line of TMNT-themed mac-n-cheese.

Less obvious, meanwhile, is why Ice's new hometown — Wellington, Florida — is naming the rapper its “citizen of the year” in an upcoming ceremony. Guess the pickings are pretty slim out there.

Not far behind the Ice Man on the rankings this week are a trio of locals who made national news for music that's actually current. To wit: The Huffington Post debuted the stream of Analog Rebellion's latest full-length, which officially earned its release this week. That band, we should add, will also be playing our two-year anniversary party this coming Saturday night.

Meanwhile, the stream of St. Vincent's self-titled fourth album debuted via The Guardian this week and was subsequently re-blogged by just about every music-minded, laptop-owning entity on the planet.

And Fort Worth's The Longshots — who'll play a release show for their debut full-length this Sunday night at Three Links — debuted a stream of their new album via Impose Magazine. They also premiered a video via CMJ.

Elsewhere: Blessin' got some love from Brooklyn Vegan; Seryn and Goodnight Ned were among the most recent round of bands announced to be playing this year's Homegrown Fest; and Cozy Hawks debuted a new tune, too.