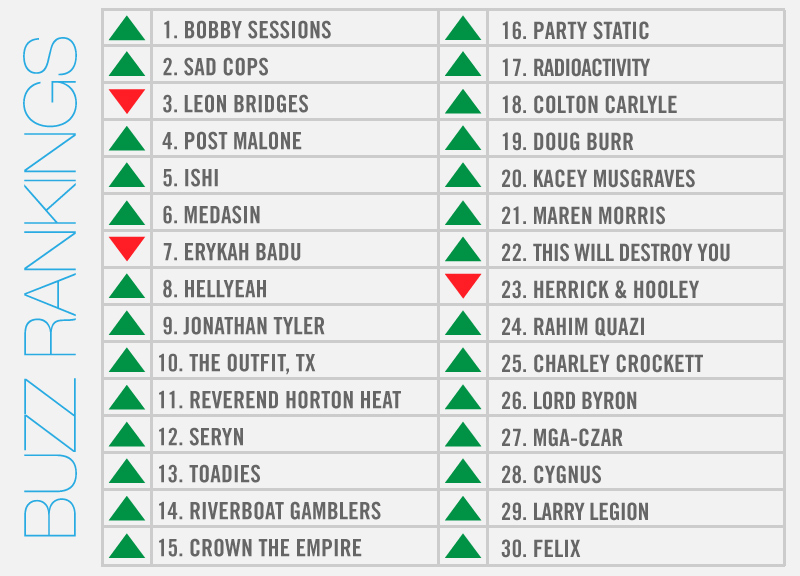 This Week, Bobby Sessions Has Gotta Be No. 1.

It took some persistence, but after several weeks of finishing primarily in the No.'s 2 through 5 spots on our weekly, local music power rankings, Bobby Sessions finally earned his first-ever No. 1 finish. It was a strong push to the end of 2015 for the Dallas emcee, and now that most every publication in town is done releasing its year-end lists, it's pretty safe to say Bobby was the biggest winner, appearing on most every list.

Just looking at our own site, he appeared on our list of the best videos, took the top spot on our local albums list and the No. 3 position on our Top 100 songs countdown.

Yeah, he pretty much cleaned up.

Right behind him was Sad Cops, which did similarly well on those lists, taking the top spot on our songs list and finishing No. 3 on our local albums list. Not bad for a bunch of high schoolers. They edged out Leon Bridges, who even at No. 3, finishes lower than he has in weeks.

Also big this time of year are New Year's Eve shows. That's how acts like Ishi and Jonathan Tyler earned their spots, thanks to their long-running shows at Trees and the Granada. Other big NYE show headliners include Hellyeah, Reverend Horton Heat and This Will Destroy You performances. And another big show this week saw Crown the Empire headline the annual Unsilent Night festival at The Bomb Factory.

Elsewhere: Seryn played a homecoming gig, The Riverboat Gamblers popped up in the trailer to that new Richard Linklater movie and Post Malone released a couple of high-profile new tunes. 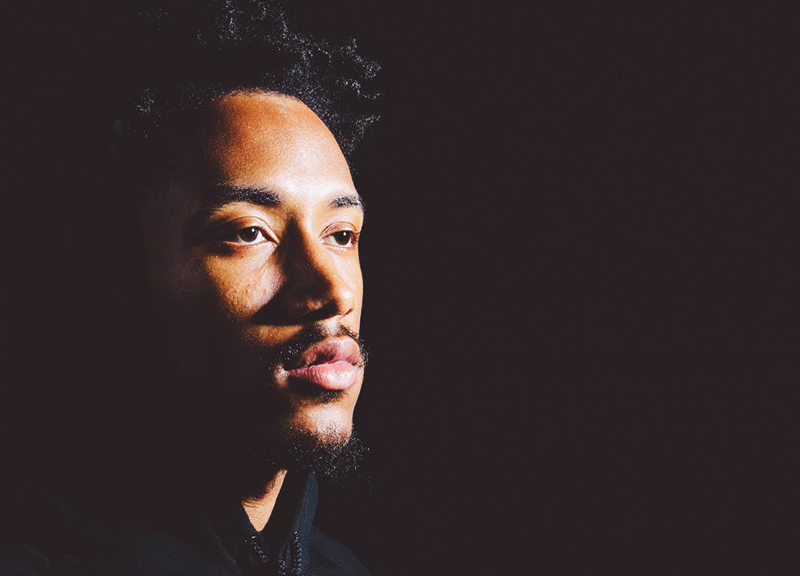