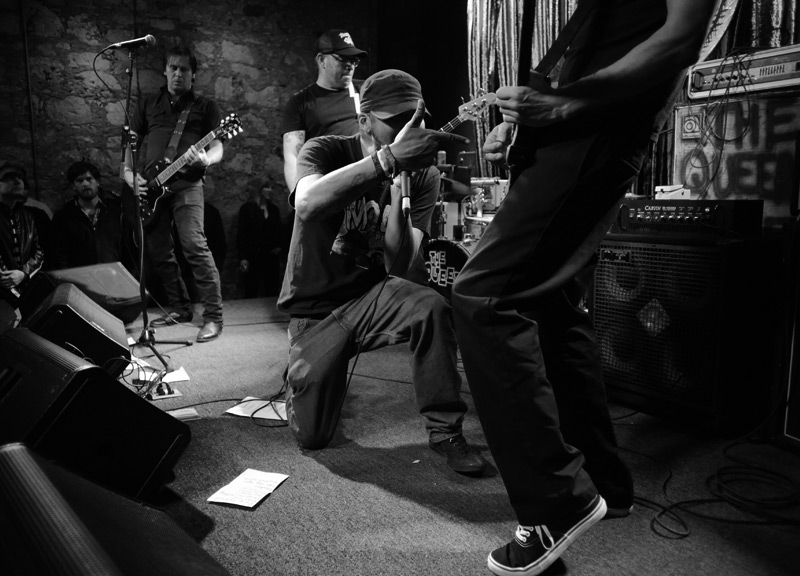 Scenes From the Dwarves Show At Three Links Friday.

There were two all-out girl fights, someone was walking around the club bleeding profusely, and one girl watched in horror as the contents of a purse were discarded across the stage. Oh, and the headliner cut their set short. Sounds like a fairly extraordinary night. Except, well, this was just another show from The Dwarves, really.

Since forming in Chicago in the mid-'80s, the Dwarves have been almost constantly terrorizing audiences with their insane live shows, their offensive lyrics and their nude on-stage antics. And though the band's Friday night crowd at Three Links was spared the nudity, there was still plenty of insanity and rowdiness to go around.

Crowd-surfing kicked off during The Queers' co-headlining set, but continued on through the Dwarves' set. One girl in pink pants wouldn't stop getting on stage and crowdsurfing — until she got shoved off stage by more than one band member and told to stop, much to the bulk of the crowds' delight. The mosh pit, meanwhile, seemed to take up half of the venue, and was constant throughout the night.

The whole night felt like a nonstop barrage of the senses, basically. And anyone concerned about whether the Dwarves had lost a step in their older age was summarily proven wrong. The band was just as energetic and insane as always — even if it took them two separate sets to get their message across this time.

As for that break, which came just five songs into the Dwarves' set: You can blame that girl who saw her purse contents discarded for that. Dwarves frontman Blag Dahlia didn't seem to take too kind to her placing her purse onto the stage during his band's set. He grabbed the purse, dumped it out onto the stage and kept on with the set. When the girl jumped up onto the stage to retrieve her items, Dahlia pushed her off the stage and back into the crowd. Then he and the band left the stage, seemingly fed up at the whole thing.

Eventually, they'd return to the stage, finish up their short offering, and close the tumultuous night down.

The show started off roughly, though, with the lead singer of Bad Machine being so drunk that he could barely stand up. He mumbled his way through his band's setlist, and was reminded by his mother-in-law halfway through the display that he should speak clearly so everyone would know the name of his band. On second thought, he might've been best served not telling anyone that information.

The Flat Tires from Hickory, North Carolina, followed, and it looked like they'd gone into the hills to find their frontman. That man, Clint Harrison, carried a huge pipe wrench with him, looking like a crazed professional wrestler, throughout his band's set. It was entertaining and not contrived, though, and it worked perfectly with their muddy, down-home punk, which righted the night's course.

By the time the Queers took to the stage, the night had reached a full-on frenzy, even if things still felt like they were somewhat subdued, at least as compared as to all that went down during the Dwarves' set.

It's weird. It's like people feel like they have to live up to the reputation of being at a Dwarves show. As such, it was a pretty crazy night.

And for the first really over-the-top rowdy show its hosted since opening, Three Links held up really well. Only one piece of art was almost knocked off the wall, and lord knows what they'll have to do to clean that floor, but the whole thing sounded awesome and no one was hurt too badly.

Not physically, at least. 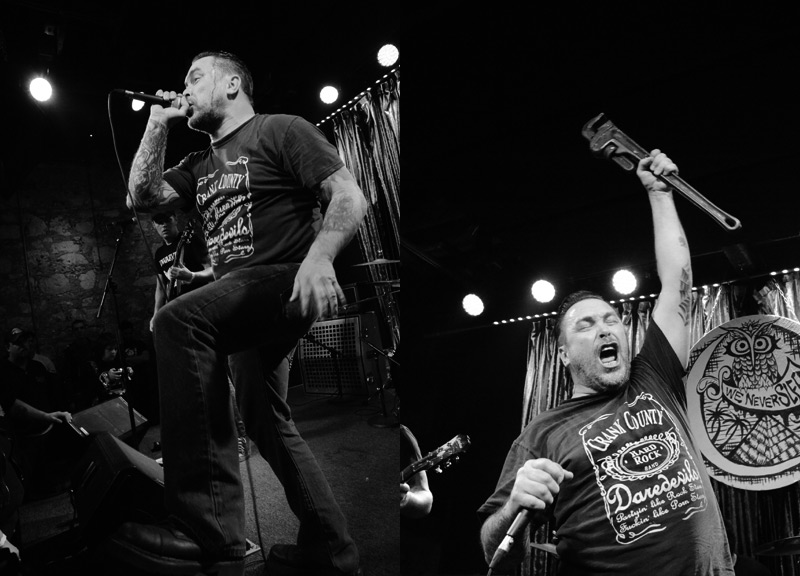 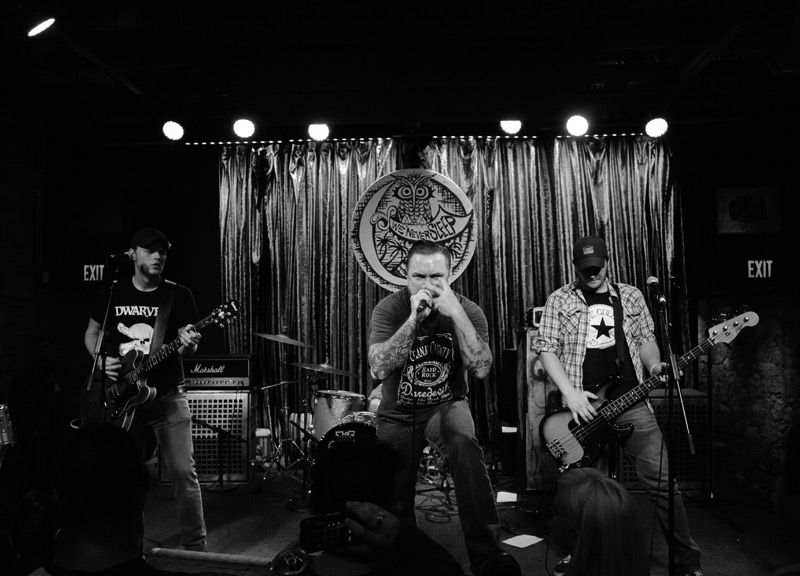 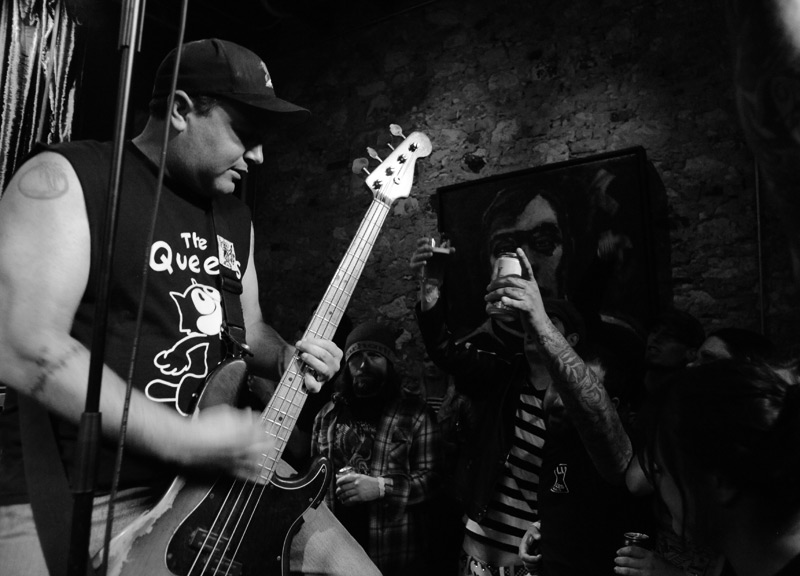 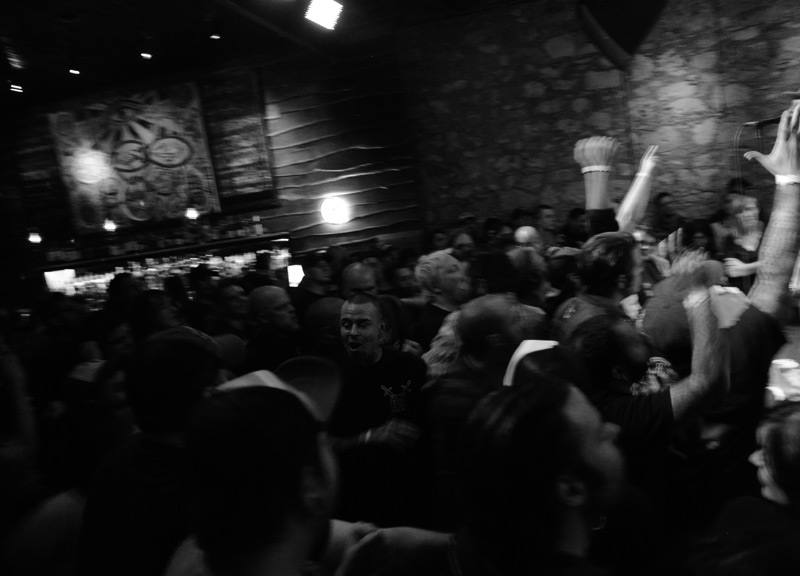 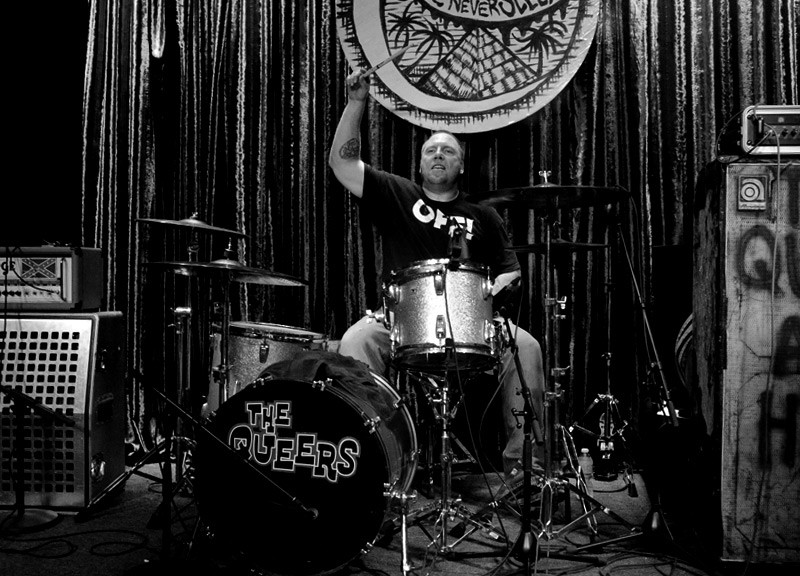 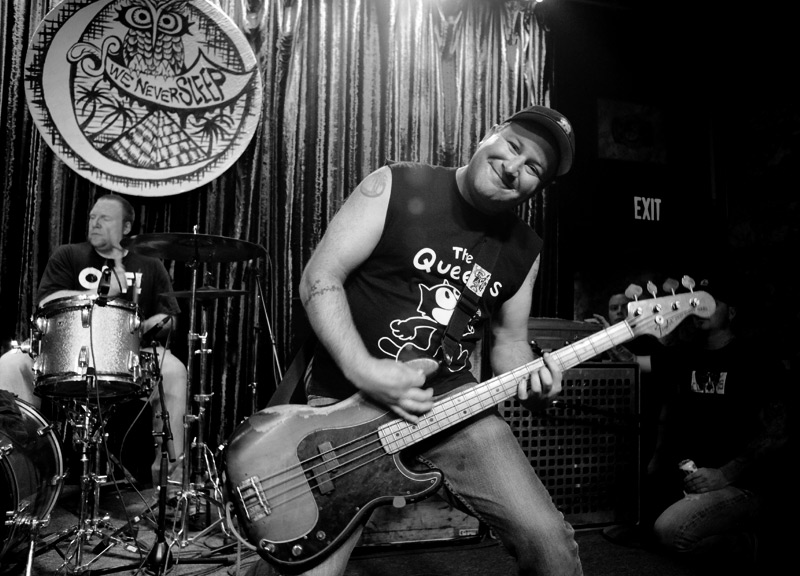 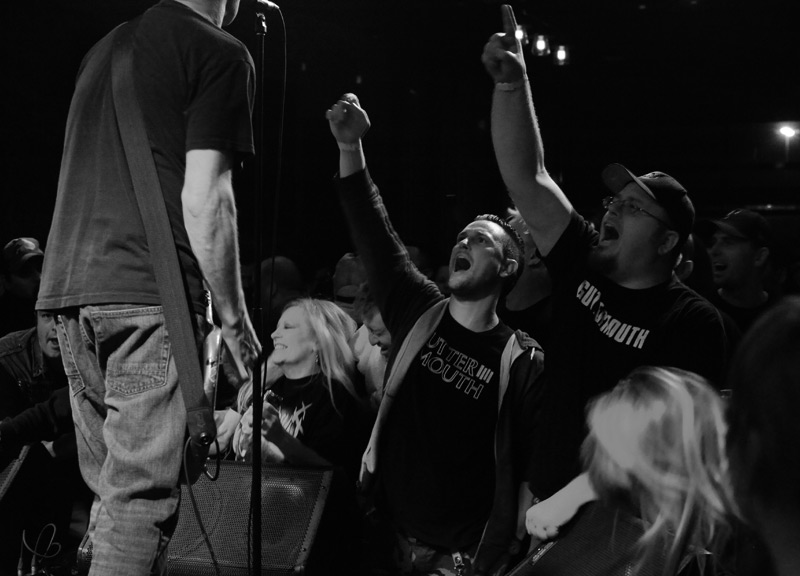 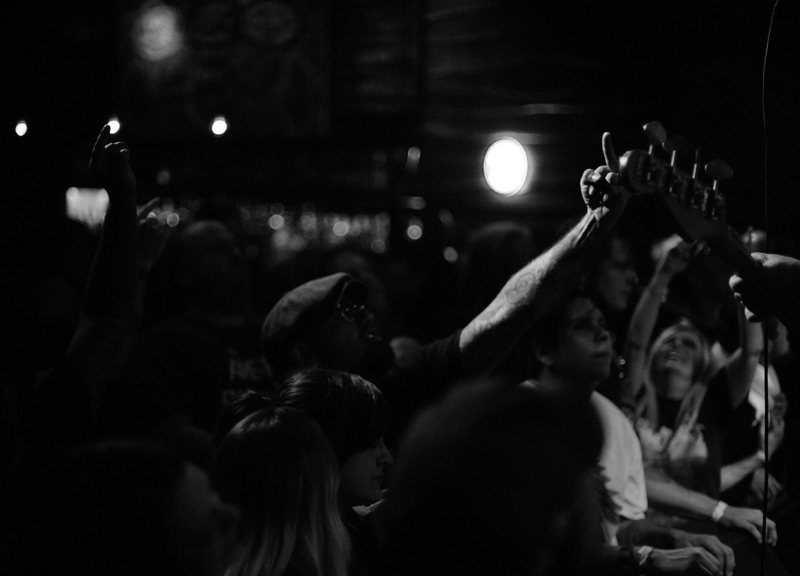 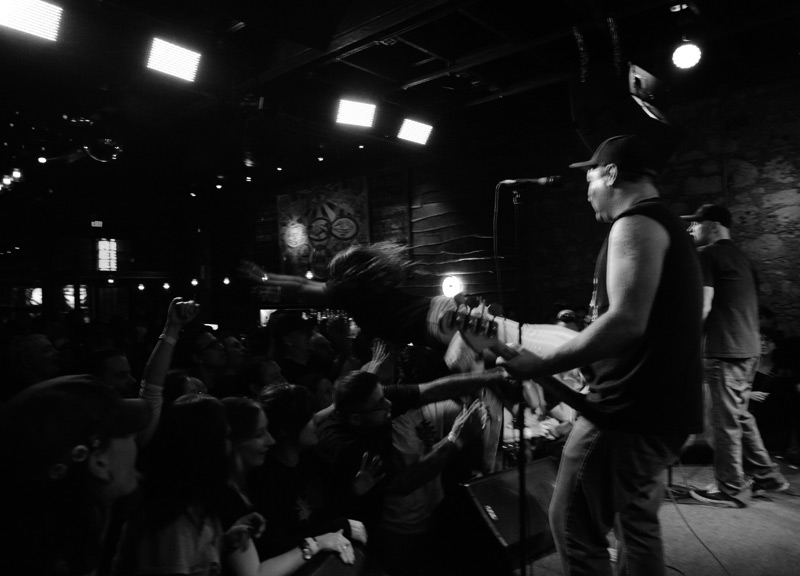 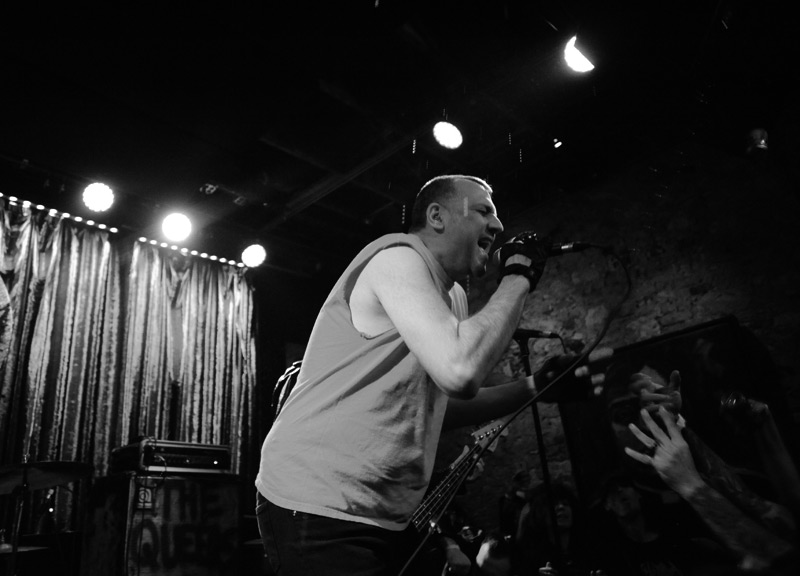 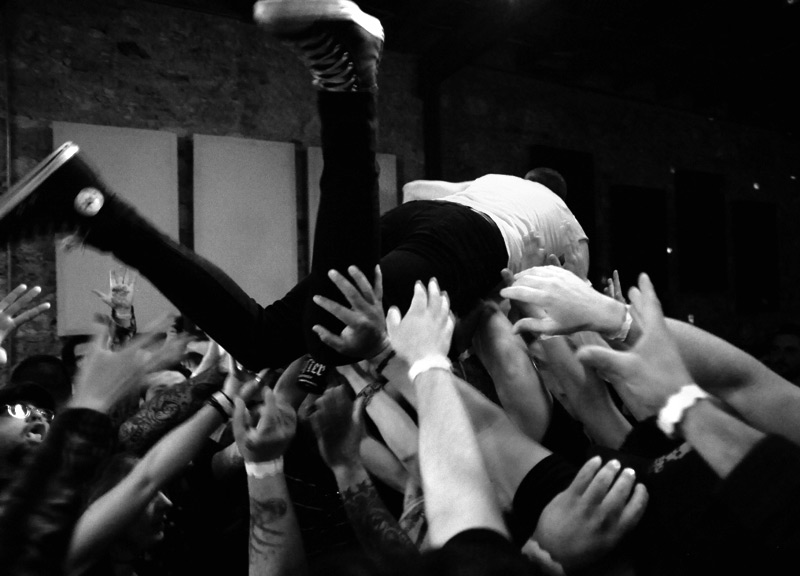 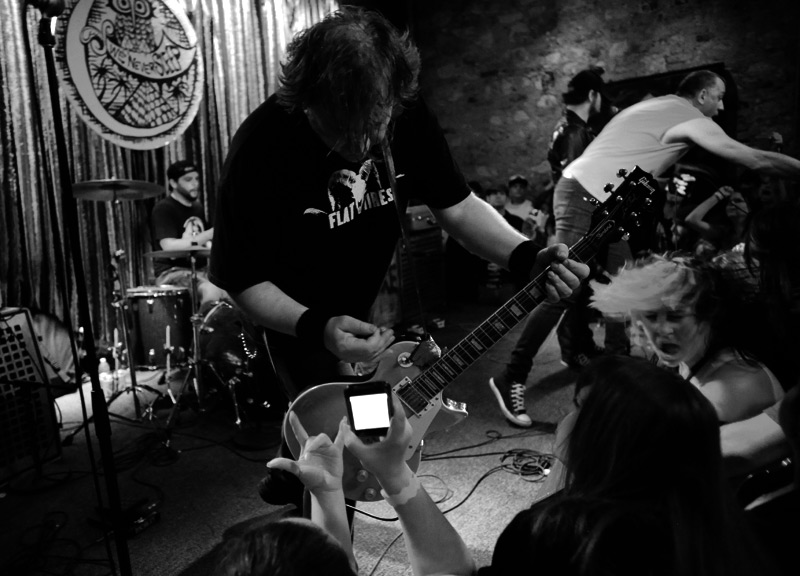 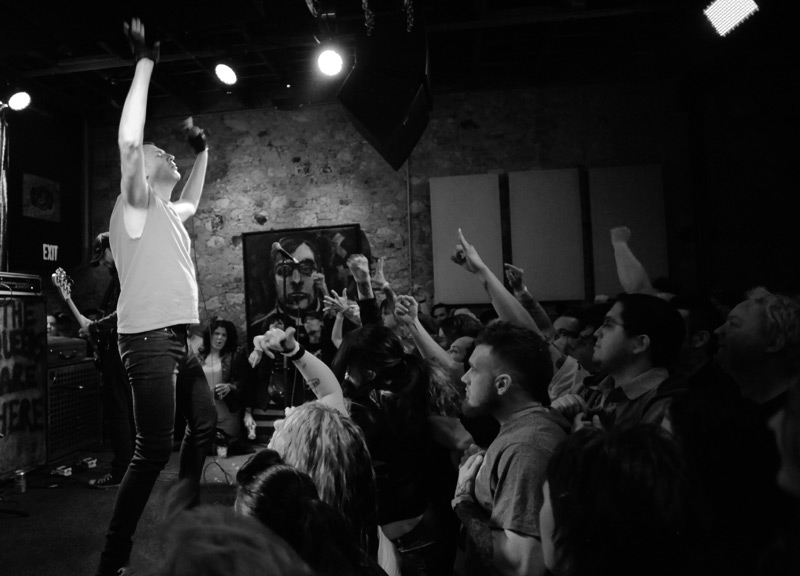 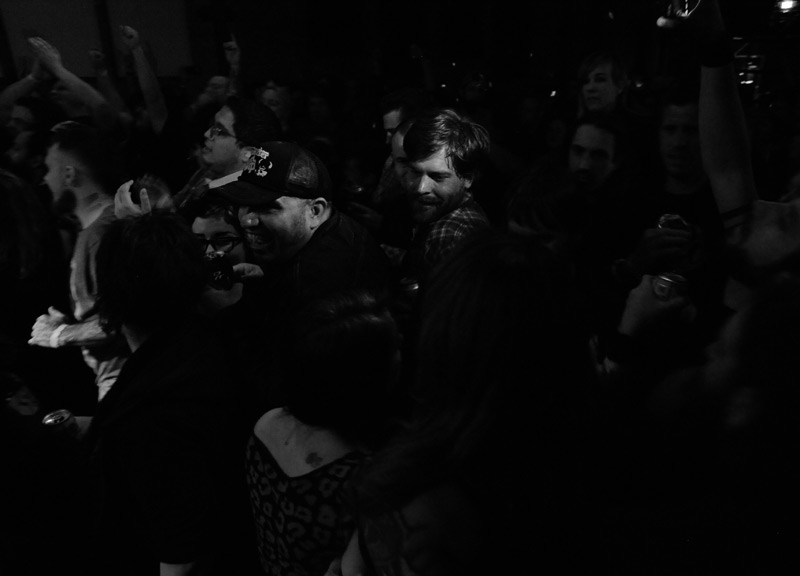 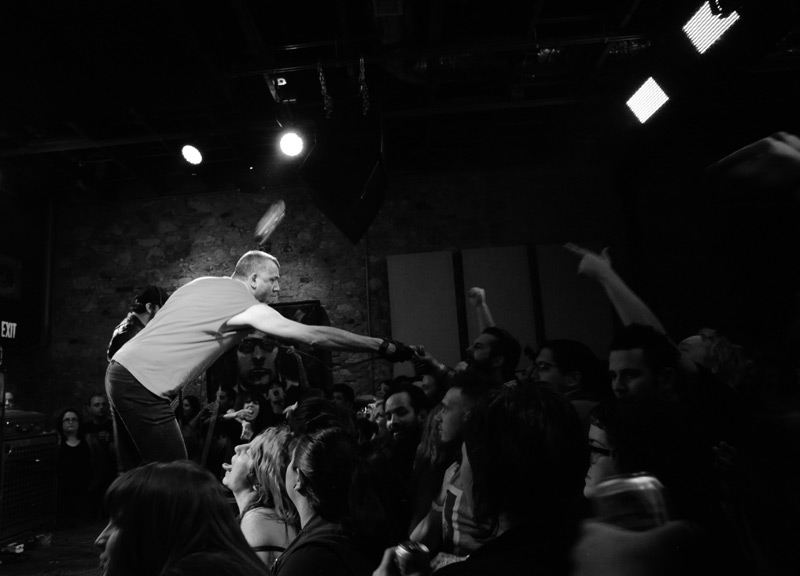 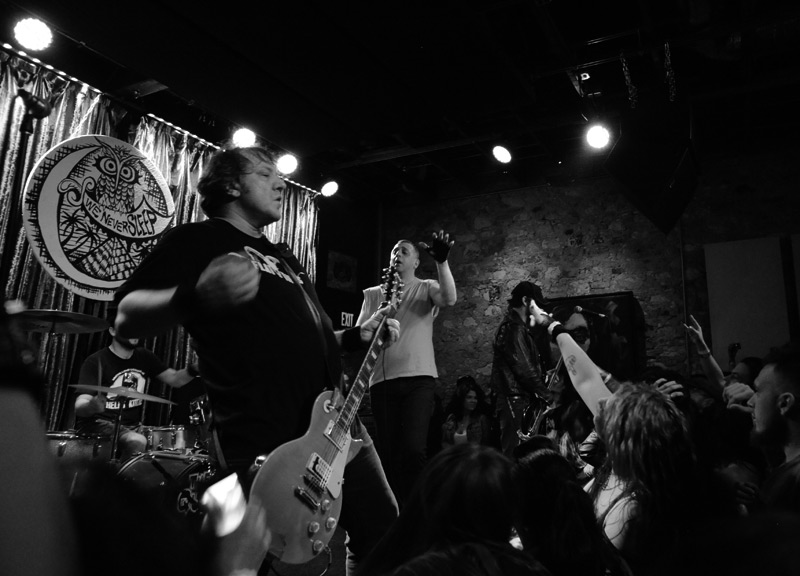 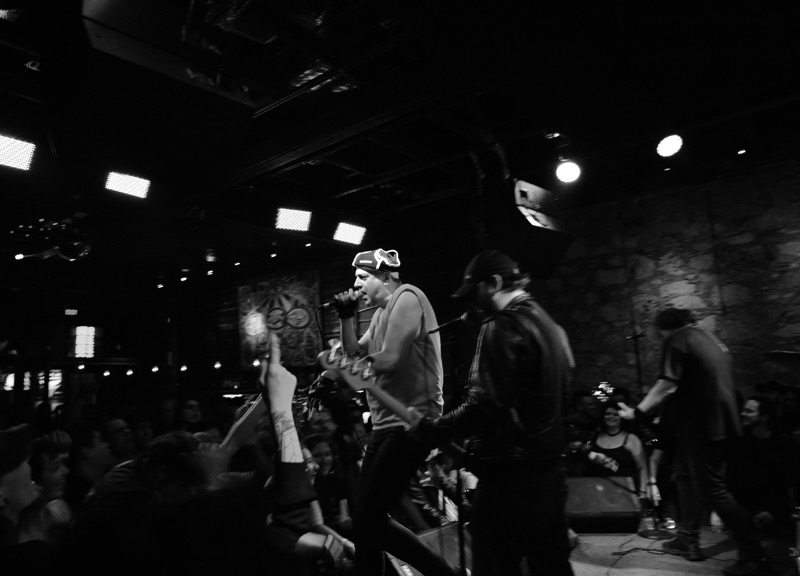 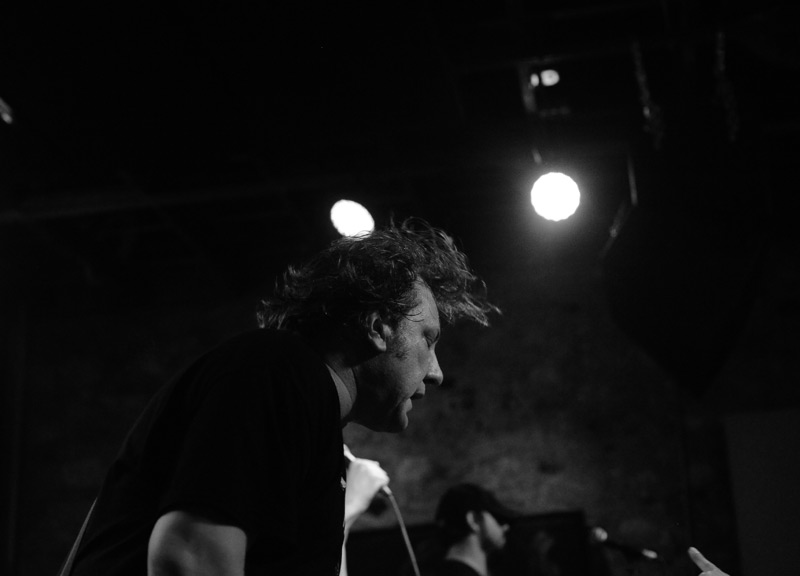