A wise, anonymous soul once said, “Life’s not a sprint; it’s a marathon.”

Never before was this phrase so applicable as it was at Sunday’s Mad Decent Block Party. A single-day festival stacked with some of the biggest names in electronic music, performing back-to-back for nearly nine hours, all outdoors under the merciless Texas sun? You better believe it took serious dedication — and hydration — to make it through such a challenge. But the turnout at the event and the energy that prevailed throughout the day proved that Mad Decent’s Dallas fan base was going for the gold perhaps in spite of these other factors.

The rush to the festival was very real come 2 o’clock, as nearly half the festival goers arrived at once, scrambling to make it through security in time to catch the much-talked-about and very strategically planned Diplo and Skrillex lovechild that is Jack Ü.

It’s certainly curious to think that, out of 22 stops of the block party, Dallas was the only city to host the two in the form of Jack Ü. But, as luck would have it, such was the case. And the dynamic duo, fresh off the plane from an appearance at Burning Man, delivered a set to remember — one that featured the best from each producer (see : “Express Yourself” to “Bangarang” and even their latest endeavor, “Take U There” featuring Kiesza.) But the standout moment had to be when Skrillex beckoned the crowd to clap their hands and chant, “I do believe in Diplo!” because the overwhelming response proved that, well, they did. Maybe this appearance just proved that Jack Ü believed in Dallas, too.

Because Dallas indeed boasted remarkable energy on this day. While it would seem impossible to follow up an act like Jack Ü’s, the following artists had no difficulty in keeping the party alive. Next on deck came Jillionaire and Walshy Fire (also known as the remaining two-thirds of Diplo’s Major Lazer outfit). The electronic dancehall vibes transitioned well into the following act, Toy Selectah, who paired his beats with riddims from his homeland of Monterrey, Mexico. The coupling of electronic music with more worldly, exotic sounds seems to be the revolution in popular dance music today thanks in part to producers like these, as well as other artists across the map like Kygo and Thomas Jack.

And Sunday was the perfect environment to introduce these sounds to any remaining virgin ears as the party was not only limited to the front of the crowd but extended anywhere and everywhere across the vacated Club Zouk parking lot that served as the event’s grounds. In other words, it was practically impossible to get from Point A to Point B without winding up in the middle of a dance-off circle. It was also impossible to make said journey without murdering it that dance-off, as well.

Point is, people were quite friendly on this day. It was super fun. And, once the sun started to set, the second half of the event started to fly by. Bro Safari, despite his trap-tastic, bass-heavy set, somehow didn’t completely destroy the sound system, but likely did do some damage to the crowd’s hearing. Flosstradamus continued in trend with more trap and even more hip-hop to cater to their Hdy Nation. While only one half of Floss was represented on decks, the suprise appearance of Waka Flocka as the day’s emcee picked up the slack. But it was their mash up of What So Not and RL Grime’s “Tell Me” with Queen B’s “Drunk In Love” that took the title for best thing we heard all day, hands down.

It was a nice change of pace, then, when Big Gigantic took the stage. After hours of electronic music, it was a breath of fresh air (only figuratively speaking here) to have both a live sax player and drummer on stage. As the temperature in the night sky began to cool, Big G’s energy heated up the crowd in preparation for the biggest act of the fest: Dillon Francis.

Now, I’ve never run a marathon before but I would imagine it would feel something like that last hour of block party did with that last adrenaline rush filling your entire body with just enough energy to make it to the finish line and then, at last, victory coming into sight. Dillon’s set — comprised almost entirely of never before heard tracks, presumably most from his first upcoming album and one mind-bending remix of deadmau5’s “Chords” — carried the audience to the end.

It was a perfect finale to a spectacular day.

And if the crowd’s demands for “One! More! Song!” wasn’t enough to convince Dillon to drop one last banger, Dillon’s tweet proclaiming Dallas’s triumph was enough for the fans to take home.

As Diplo had hoped, Sunday’s Mad Decent Block Party was quite honestly, memorable purely for the music. It was a raw block party at it’s finest: There were no fancy setups, no elaborate stage theatrics, no superficiality among attendees and, thanks to the extra security measures taken, no unnecessary risks.

It’s worth noting how strange it was at times to look down and see a kandi bracelet or a pacifier on the ground, when in reality, fun was not promised by the comfort of the (banned) rave accessories but of the company of the people around you — y’know, just some people who all wanted to have a good time with some really loud, really dope music.

Now a two-time champion of best block parties to date, we hope to see the Dallas crowd carry on this tradition at all music events to come.

All photos by Alli Schloeman. 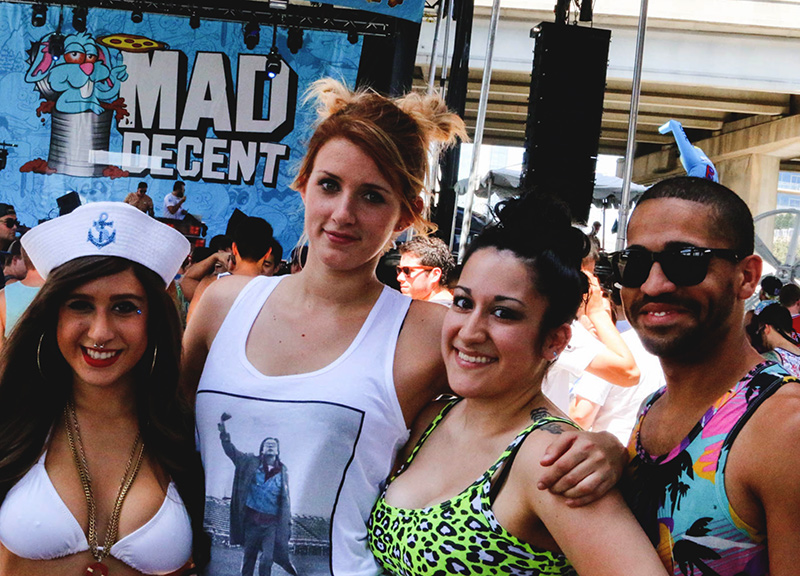 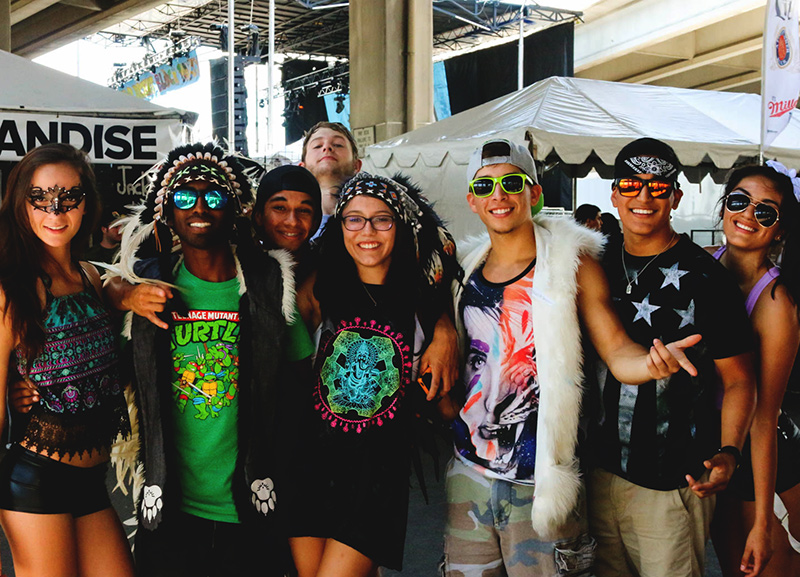 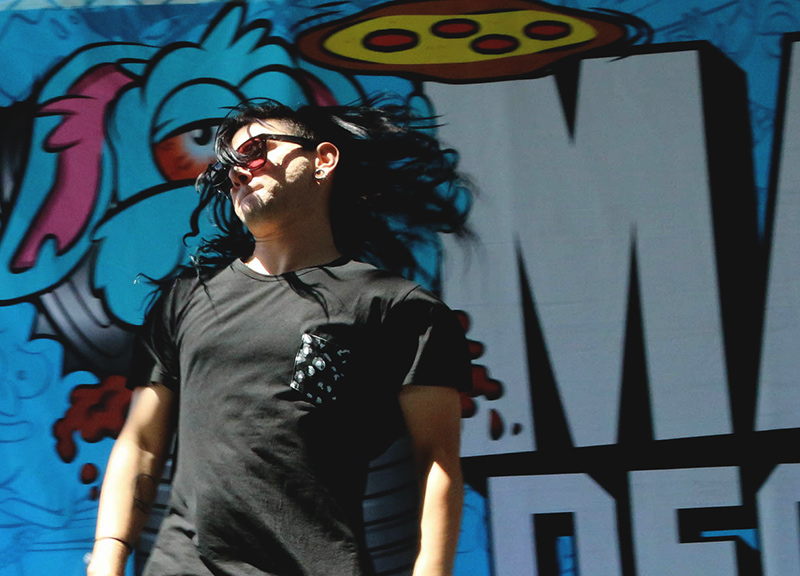 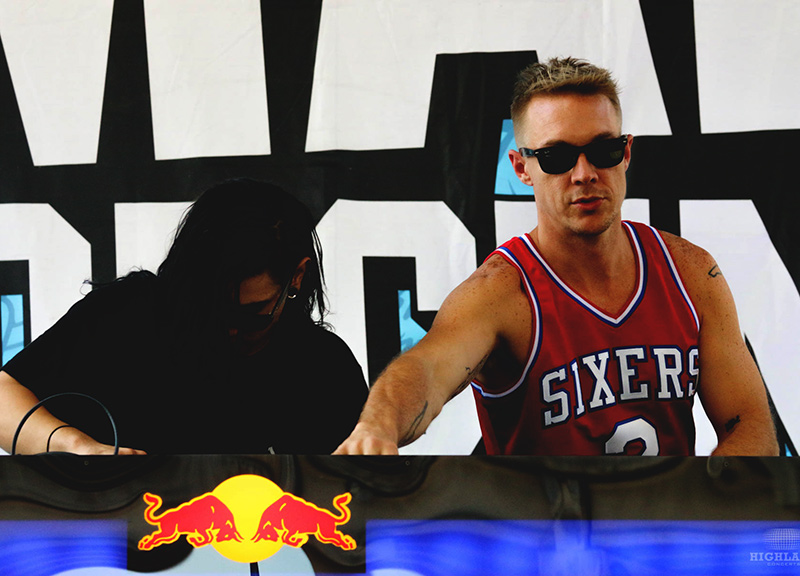 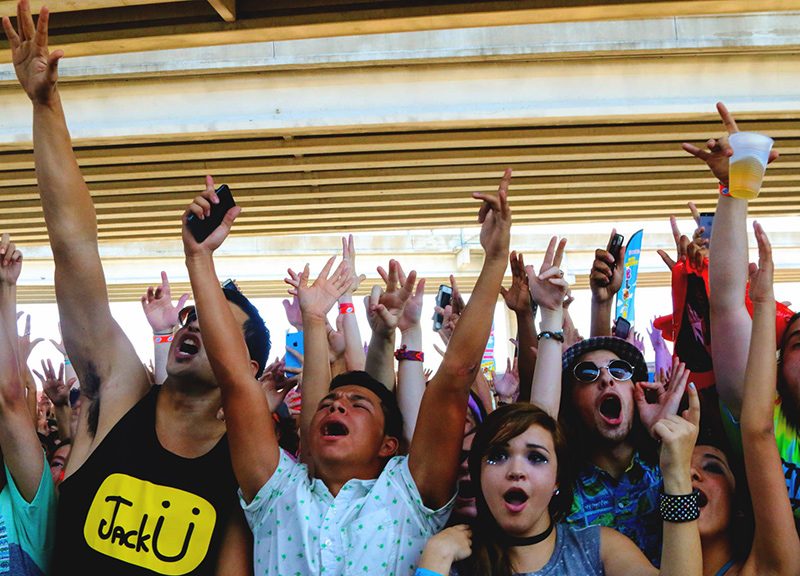 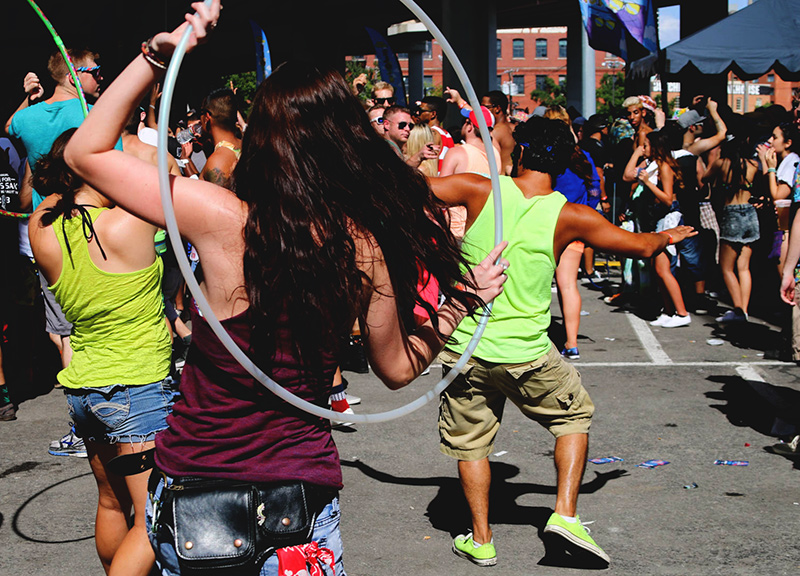 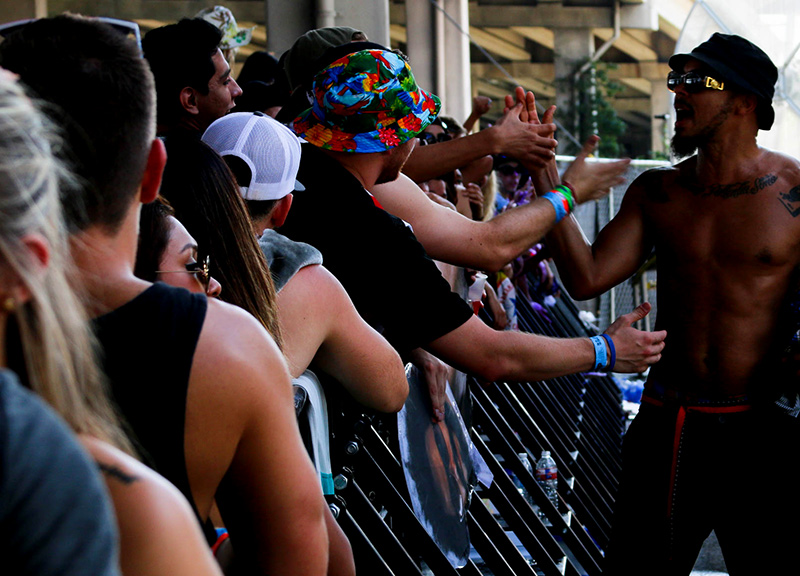 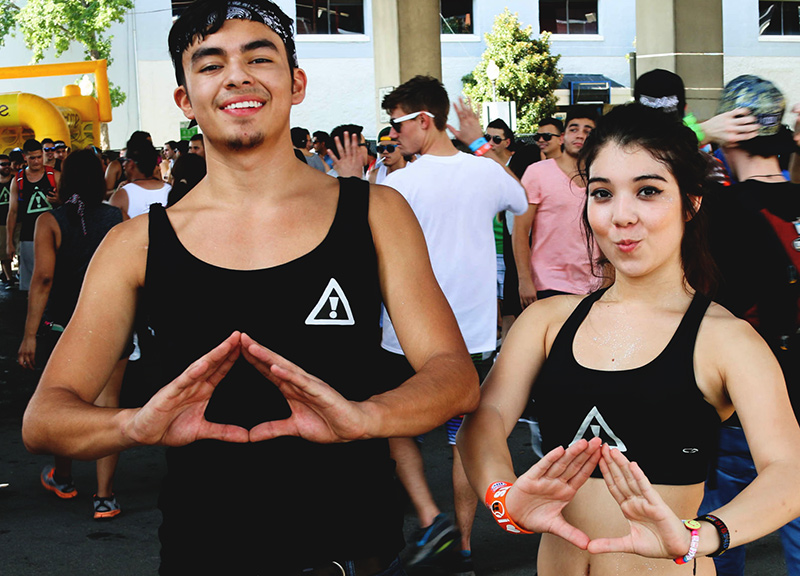 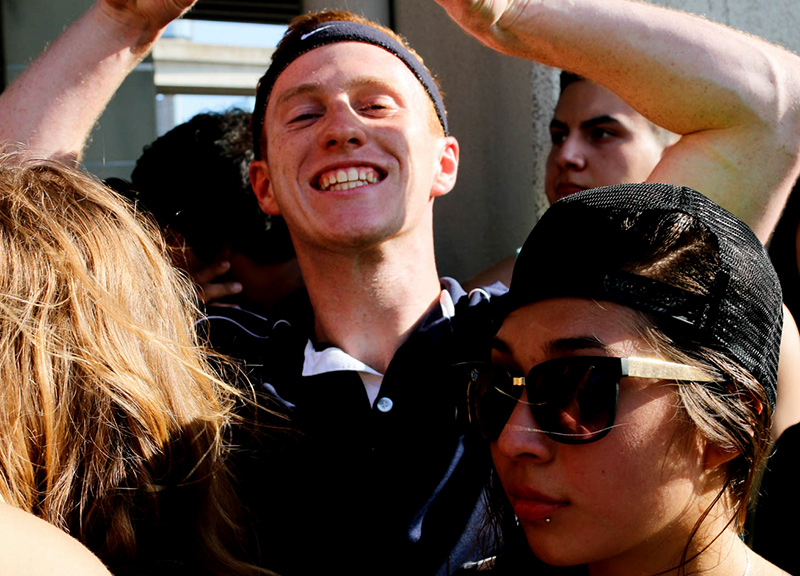 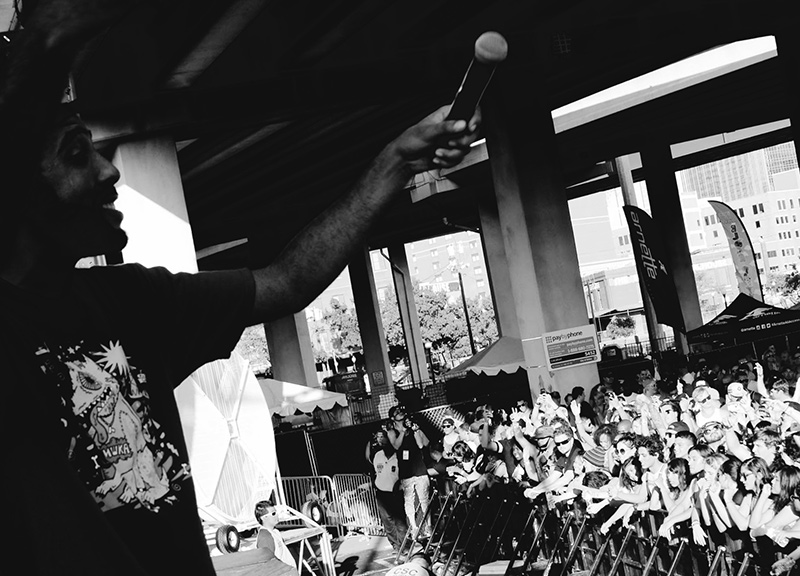 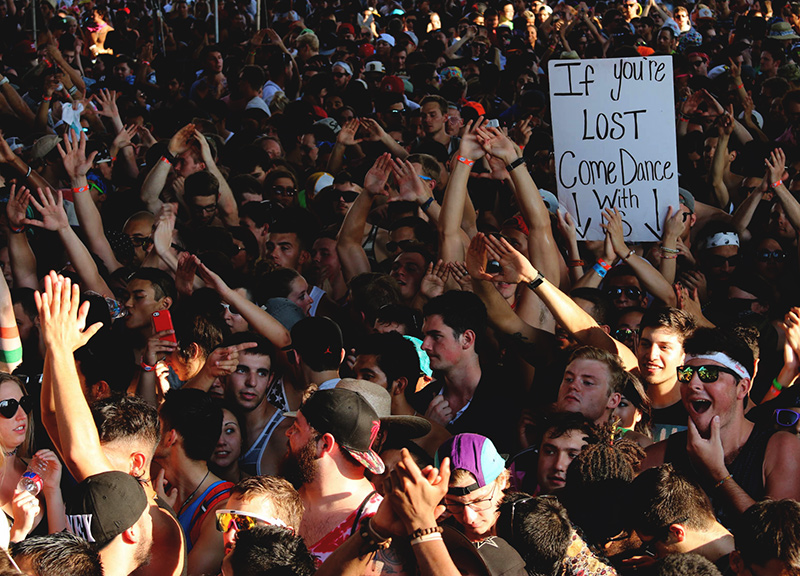 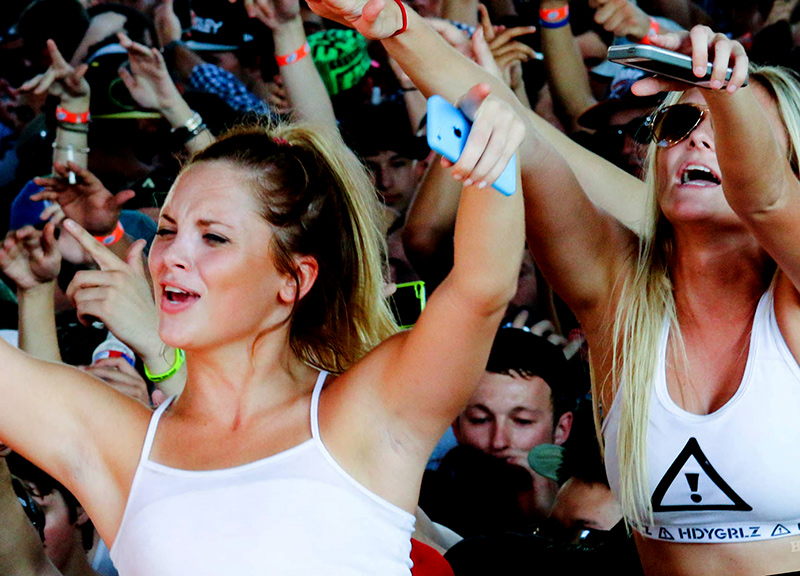 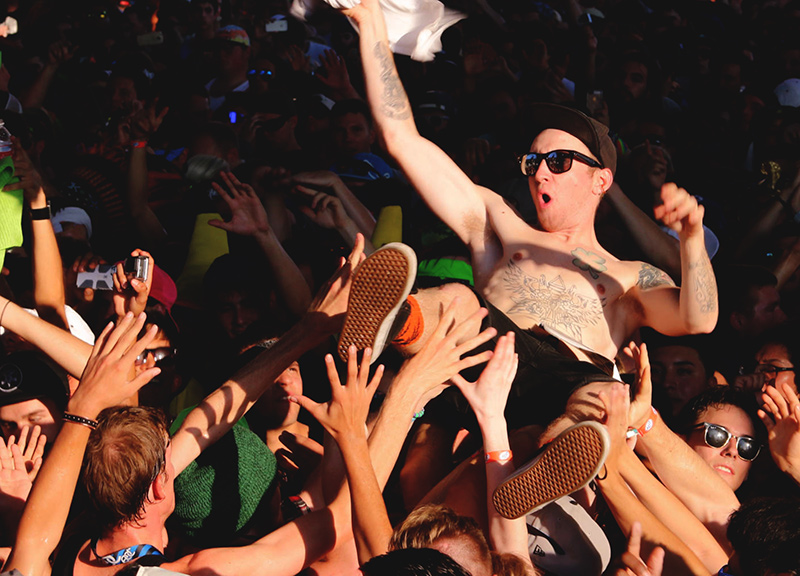 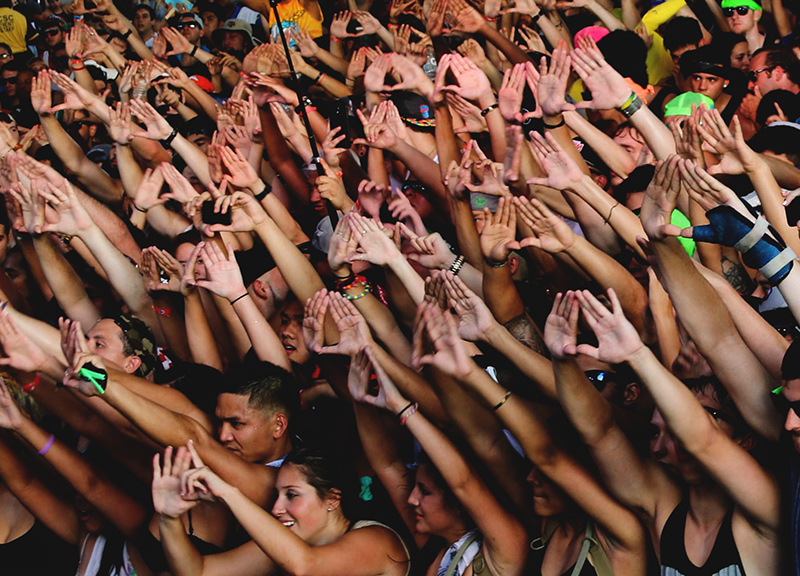 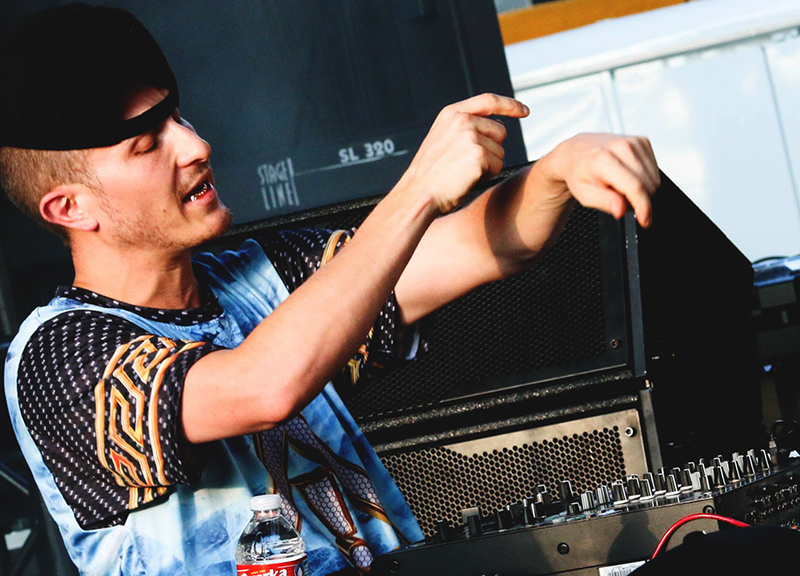 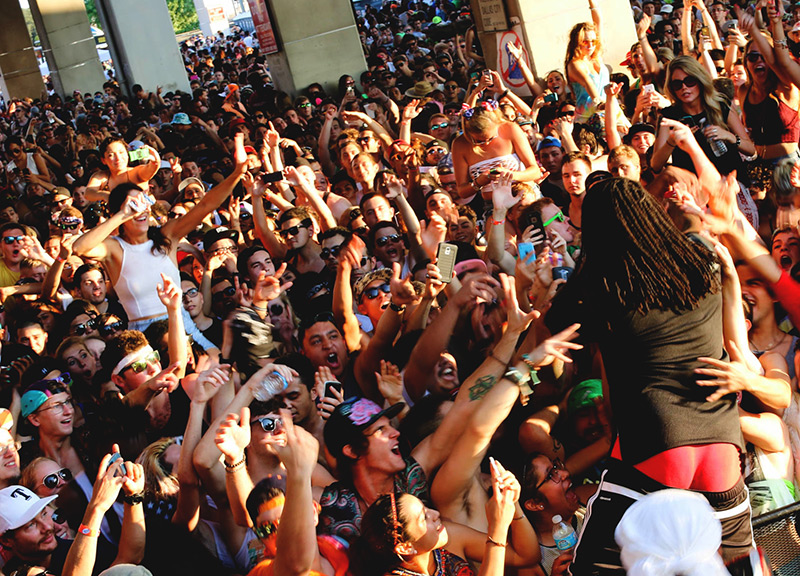 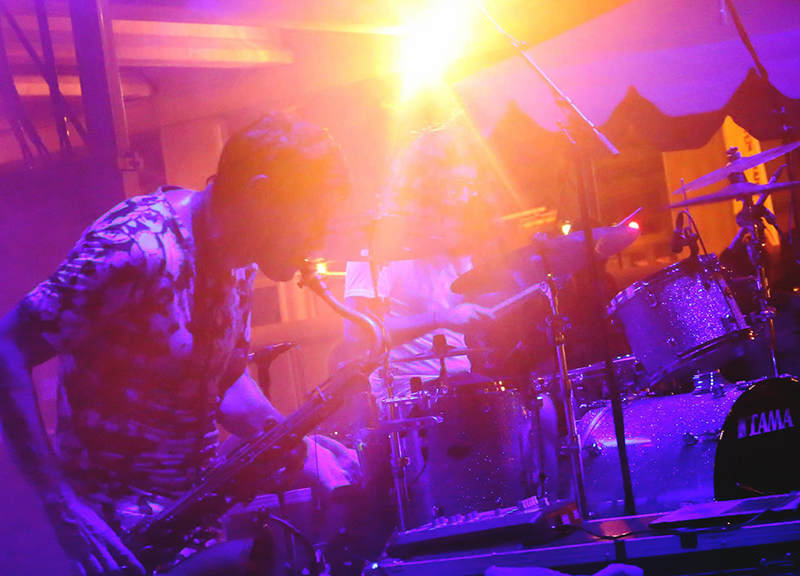 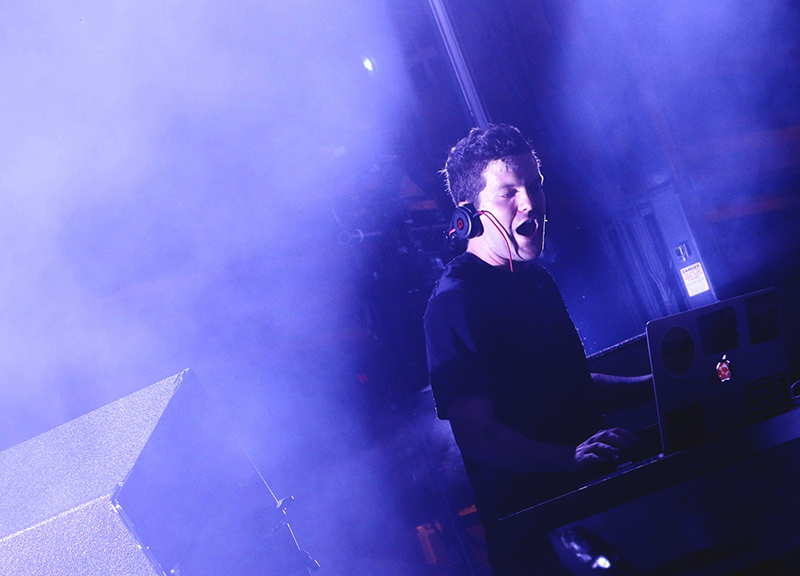